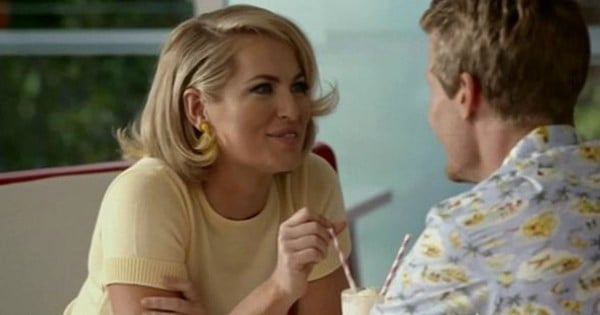 The Bachelor‘s Megan isn’t the only star who grew up with a strict religious upbringing: Woman’s Day magazine has revealed that ‘villain’ Keira was raised in a polygamist cult started by her father.

The magazine reports that Keira's father, Alistah Laishkochav, moved from New Zealand to Victoria, and started his own polygamist cult as a "self-styled messiah".

Should Kiera not have been cast? The TV podcast discusses...

Alistah had nine "wives" and fathered over 64 children, one of them being 30-year-old Keira Maguire.

"The Morman practice of polygamy was encouraged, and during this time the mothers would take turns sharing a bed with another wife and Laichochav, who they idolised, while the kids slept 15 to a room," the magazine reports.

In a statement to Mamamia, the Bachelor contestant says she is "in no position to comment on Alistah Laishkochav".

Keira works hard for the one on one time with Richie. Post continues...

"My mother removed my family from that environment when I was five years old, over 25 years ago. I was brought up by my mother and grandmother in Brisbane in a loving, caring and compassionate household," she said.

"I had a wonderful childhood and I am extremely grateful to both my mother and grandmother for the upbringing which they provided me and my siblings. Although I have since met and reunited with my family, I have never had a relationship with Alistah Laishkochav."

The 30-year-old also says her father is "not relevant to who I am nor does he define me."

The cult separated after 20 years in 1993, after accusations of child abuse. It is then that the magazine reports Keira and her mum, Michelle, along with her five siblings, moved to Queensland to "start afresh".

Listen to the latest episode of Mamamia's Bach Chat podcast below.

So far on the season, Keira has stayed quiet on her family, and reportedly told Channel 10 producers that her father had "died 30 years ago".

"I come from a large family, I have five brothers and sisters, so it was always a fight for attention. Nothing unusual or difficult," the breakout star of the show previously told Woman's Day.

The revelation comes just days after the divisive contestant was 'rested' from the publicity trail following negative backlash from viewers.

SCROLL THROUGH the gallery to see who is left in the competition for Richie's heart.

First of all, stop associating the word polygamy with Mormons. Mormons do not practice it and any member who does is excommunicated. Secondly, This man may have been a Mormon at some point but obviously does not follow the teachings of the church.

Keira reveals? Your headline says.
In fact, Woman's Day reveals - you wrote it yourself in the piece.