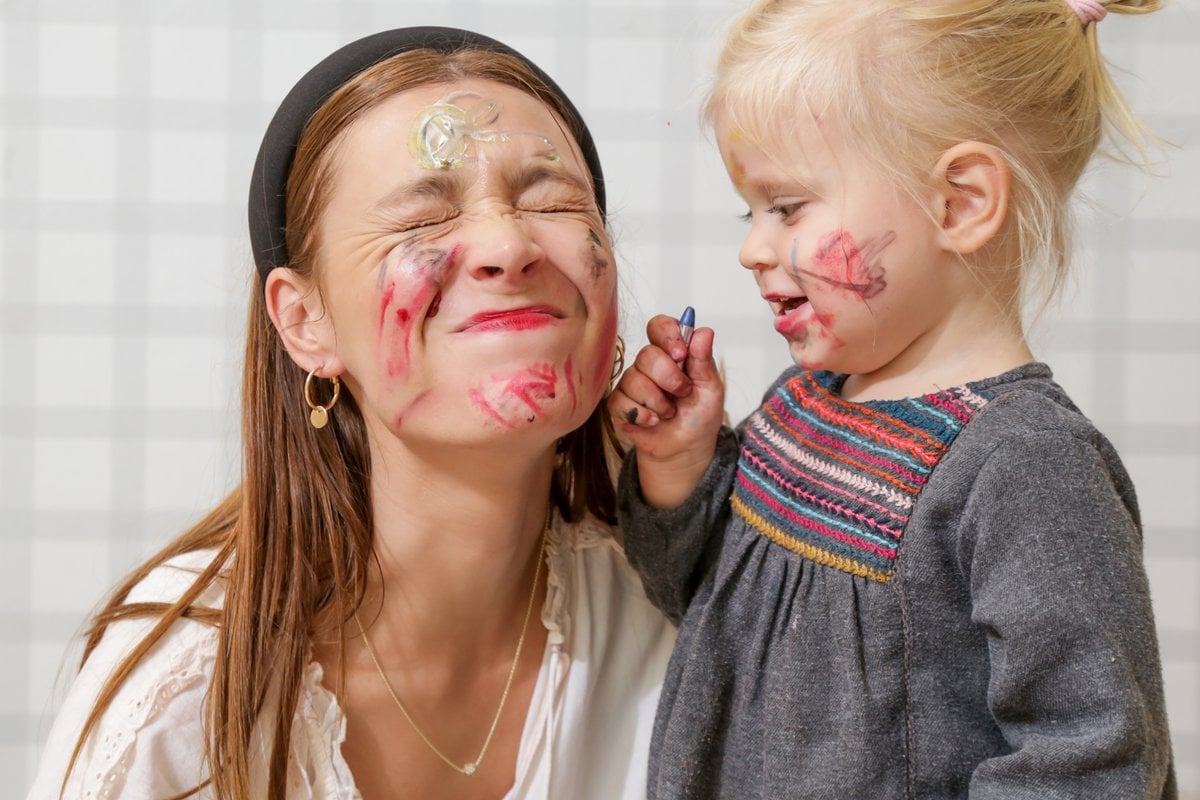 In theory, babysitting sounds like a pretty easy way to earn some money, especially during high school.

Give the kids dinner, prepare them for bed then watch some TV until the parents come home. Sounds simple, right? Well, that's not always the case.

Whether it's dealing with fussy children or their difficult parents, babysitting can be much harder than it appears. And sometimes, it's not always worth the money you receive in return.

We asked women in our Mamamia community to share their babysitting horror stories.

Here's what they shared...

The mum came home the next day.

"Years ago I lived in a townhouse complex and thought I'd help out a single mum who wanted a night out with a guy she'd met. Her baby was months old and it all went well until she didn’t come back for the baby UNTIL THE NEXT DAY! It was before mobile phones and she didn’t think it was a problem when she finally picked up the baby."

"I once babysat at a wedding for the bride and groom’s children. The mother and father of the bride were separated and I'm guessing from the drama on the day, didn't have a civil separation and hadn't seen each other for a while. I spent more time mediating and listening to them complain about each other and fight over the grandchildren than I did actually babysitting the children. The mother of the bride had a fight with the bride at the reception and instead of the children going home with their grandmother, the newlyweds took the children on their wedding night! It was insane. I wish I charged quadruple rates. And just to add, quote of the day was by mother of the bride saying, 'Geez, it’s like my daughter thinks today is all about her.'"

The kids recently had chickenpox...

"When I was in Year 12, I got a babysitting job looking after three kids, so I invited my best friend to join me and split the cash. We turned up and the parents said, 'The kids have recently had chickenpox but don’t worry they're not contagious anymore'. Two weeks to the day my friend and I both broke out in spots and had to miss our Year 12 formal. I never babysat for that family again."

A toddler obsessed with poo.

"My friend took a babysitting gig that was paying higher than usual. The description was 'babysitting a toddler plus light duties'. Well, the toddler was obsessed with his faeces and particularly delighted in squishing them between his fingers then wiping them on surfaces, furniture, your hair and your face. She quickly discovered that 'light duties' was raw sewage handling. This was eventually managed by minimising his access to his diaper by dressing him only in onesies and vice-like overalls."

"Not my job but my poor babysitter 'K'. We got home on a dark stormy night to find our sitter and our kids huddled in the front living room. Our house is on acreage with lots of large trees and no close neighbours. K said there was moaning coming from the back of the house. K thought it might be a possum or a person and just in case she had everyone in the front where the phone was in order to call the police. We went to investigate. The source was a McDonald's Happy Meal Dory (from Finding Nemo) toy that had been dropped in the bath and was shorting out with random bloodcurdling moans. If I had been K, I would have left the kids to fend for themselves."

A toddler who didn't like her new baby brother.

"I was babysitting when I was a teenager. I went to check on the baby and found his toddler sister in there trying to stab him through the cot with a pair of craft scissors."

Falling asleep on the job.

"When I was in my early teens I babysat my family friends' kids. The youngest child who would have been about six got his thumb stuck in the cross-top of a round Wet Ones container. If he tried to pull it out the plastic corners dug in deeper. The end of his thumb became swollen, he was very upset and he wouldn't let me near him with scissors to cut the plastic. I had to call my mum to the rescue."

A three-year-old who steals knives.

"I once babysat for a family who told me to lock the three-year-old in his room from the outside when he went to bed. I thought this was strange but said I would and she told me he escapes and gets knives from the kitchen. It freaked me out enough to never sit for them again!"

"I was 10 or 11 babysitting three younger kids for what I thought was an hour or two. Turned into an overnighter. Absolute nightmare."

"I babysat for a lovely family. They had three children - two older kids and a newborn. I’d babysat for them a few times before they had their newborn baby and on this occasion, it was the mother’s first night out drinking since giving birth. They took the baby with them and at about 11.30pm I could hear some kind of disturbance going on in the driveway way so I went outside. The poor woman not used to drinking had vomited in the taxi and was fighting with her husband and the driver because she didn’t want to pay the $70 clean-up bill. It was so out of character for her to be so unreasonable and the poor husband was just trying to fix the problem. I couldn’t have cared less, but they never called me again."

The kids would speak German around me.

"I used to babysit bilingual kids who knew I couldn't speak German and would change the language on DVDs to German on purpose and not speak English around me."

Do you have a babysitting horror story? Tell us all about it in the comments below.

Reply
Upvote
I babysat for 2 children under 4. Single Mum, lived in a small 2 bedroom unit. In the fridge was a packet of hotdogs, butter and a bottle of milk. They all shared a bed, which had blood stains all through it. Their spare room “toy room” was infested with ants and roaches. There were dirty nappies everywhere. I felt terrible leaving these children in that place, but followed it up with a report to the department.
News
General
Opinion
True Crime
Politics
Sport
Explainer
Entertainment
Celebrity
Reality TV
Movies
TV
Books
Rogue
Royal
Lifestyle
Beauty
Fashion
Weddings
Home
Wellness
Health
Fitness
Travel
Food
Family
Before The Bump
Pregnancy
Baby
Kids
Teens
School
Parent Opinion
Work & Money
Money
Finance
Career
Lady Startup
Relationships
Sex
Dating
Separation
Friendship
Family
Real Life
Couples