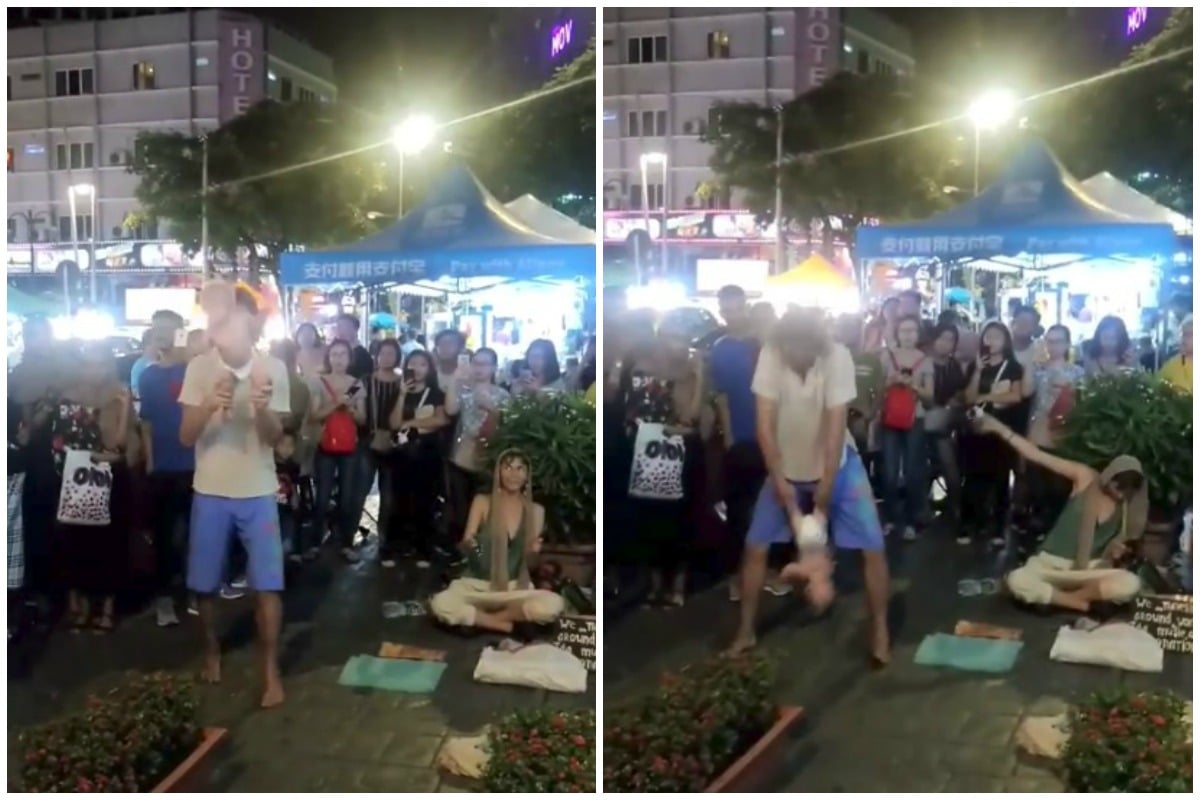 Extremely disturbing footage of a man swinging a diaper-clad baby around as part of a street performance in Malaysia’s Kuala Lumpur has led to the arrest of a Russian couple in their 20s.

Members of the public had alerted Malaysian authorities of the incident, and the couple, aged 27 and 28, were arrested on Monday afternoon for child endangerment,  according to state media Bernama.

The tourist couple were reportedly attempting to solicit donations for the “performance”, which is believed to be inspired by the Russian practice of baby dynamics yoga.

The alleged child abuse was captured by passersby of the bustling tourist area of Bukit Bintang and uploaded to social media.

Video uploaded by Facebook user Zayl Chia Abdulla shows a man holding the four-month-old baby upside-down, swinging the child by his legs centimetres from the ground and above his own head, while surrounding tourists laugh, chant and play instruments.

In the video, a small crowd is gathered around to watch the horrific act, with some recording it on their phones.

One person reportedly can be heard saying in Malay: “Stupid! How can you do that?”

The Facebook user who posted the footage wrote: “I (happened) to pass by this area in Bukit Bintang and I saw this irresponsible act that can literally cause injury to that poor baby.

“Why (are authorities) allowing such act to be showcase to (the) public. These street performers need to be arrested! Please do something.”