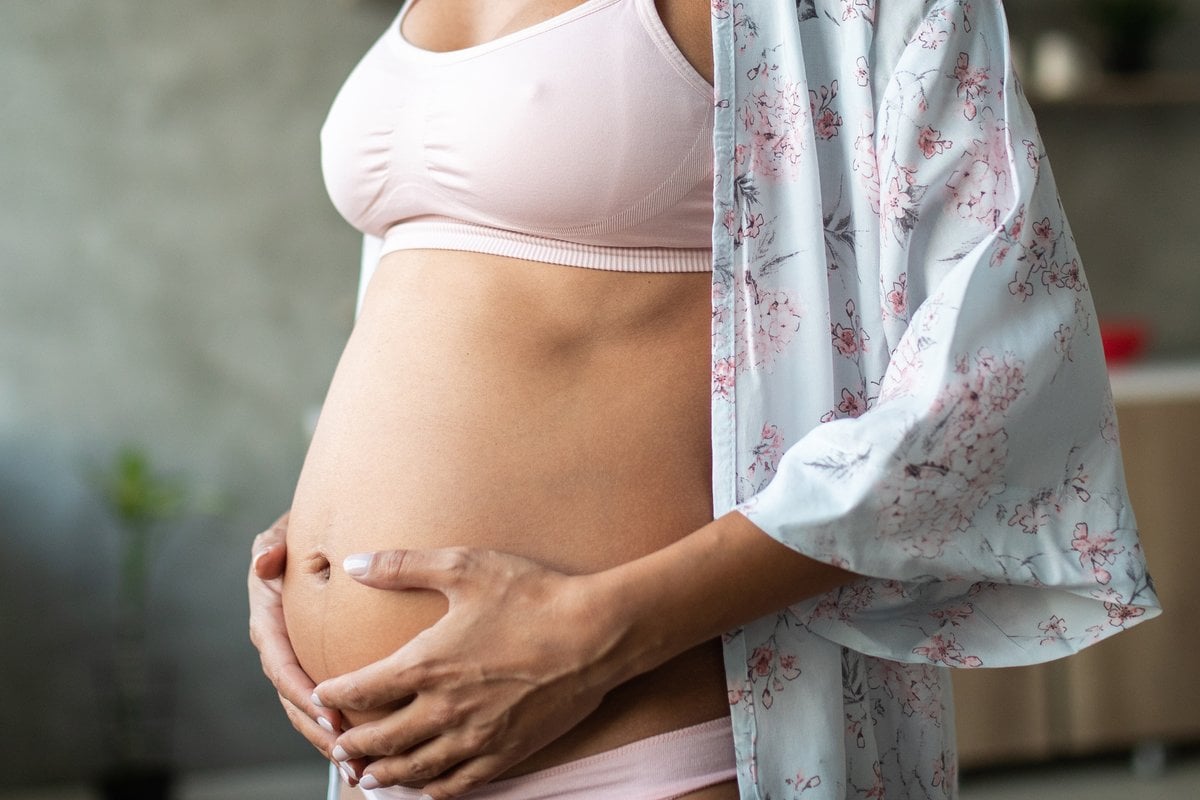 For us millennials, you'd be hard pressed to find someone who doesn't have a Tom, Jess, Will or Sarah in their phone. These days, however, names are becoming more personalised or interesting – names that come from nature, songs, book characters, movie stars, and even made-up words. Some people spend years secretly harbouring desires for a perfect baby name – so what happens if someone takes it?

For me personally – I couldn't give a sh*t. I have always known what I would call my future children, and the only way those names could get struck is if they were used by an immediate family member. I've only told my husband as well, so if it happened, that would just be bad luck. Luckily, no friends have used them yet, but if they did, we would chat but hopefully they would get it – it's just a name. Maybe it's because my own name is just so common that I don't get it. That said, I'm talking about a baby name I have always wanted, not pinching someone else's THEY have always wanted, or already have - that's different. So what would you do if told someone your name – and then they took it?

I've always known both the first and middle name I have wanted – Kelly Anne. The first name because I love it, and the second is a family name. I made the stupid mistake of telling my then-boyfriend and his family – and his sister took not only the first name, but the middle as well! It did irk me as it was so much more personal to me than her. That said, we broke up – so I feel it is mine again!

In the Greek tradition, it's really not a big deal. People frequently use the same names. On one side, there are like five Cons, no-one cares. It's more about the heritage than the originality. I'll probably have a little Con myself to honour my father-in-law. It's nice.

I always grew up loving the name Olivia. At first it was hard for me when my sister used the name, as it totally cancelled it out for me. But then, I love little Olivia so so much, I couldn't imagine her with any other name!

I told my best friend what I was going to call my future son someday. When she got pregnant, she ended up using the name first. I was livid – it was legit like that episode of Friends when Rachel uses Monica's baby name, Emma. I didn't say anything because I thought everyone would think I was being petty – but I do feel like it was taken from me.

My cousin is going through this at the moment. Her name has been Oliver for a boy since I can remember. She told a close friend and then about a month later, she asked her friend what names she likes and she's like, "It’s Oliver for a boy!" Off it.

I named my daughter Molly, a name I had always loved. Two months later, my best girlfriend who I have known since I was young called her daughter Polly – seriously, wtf?! I was FURIOUS. She has known I have always loved the name Molly, and now they just sound stupid. We are currently not speaking.

A girl I'm acquaintances with named her child after mine saying she liked the name, and I thought it was cute/nice. I was flattered.

Moral of the story? If you don't want anyone to use it before you have a kid, keep your mouth closed – but after that, well – it's open season.

For more from Jessica Taylor Yates, you can check out her blog, Large Almond Latte.