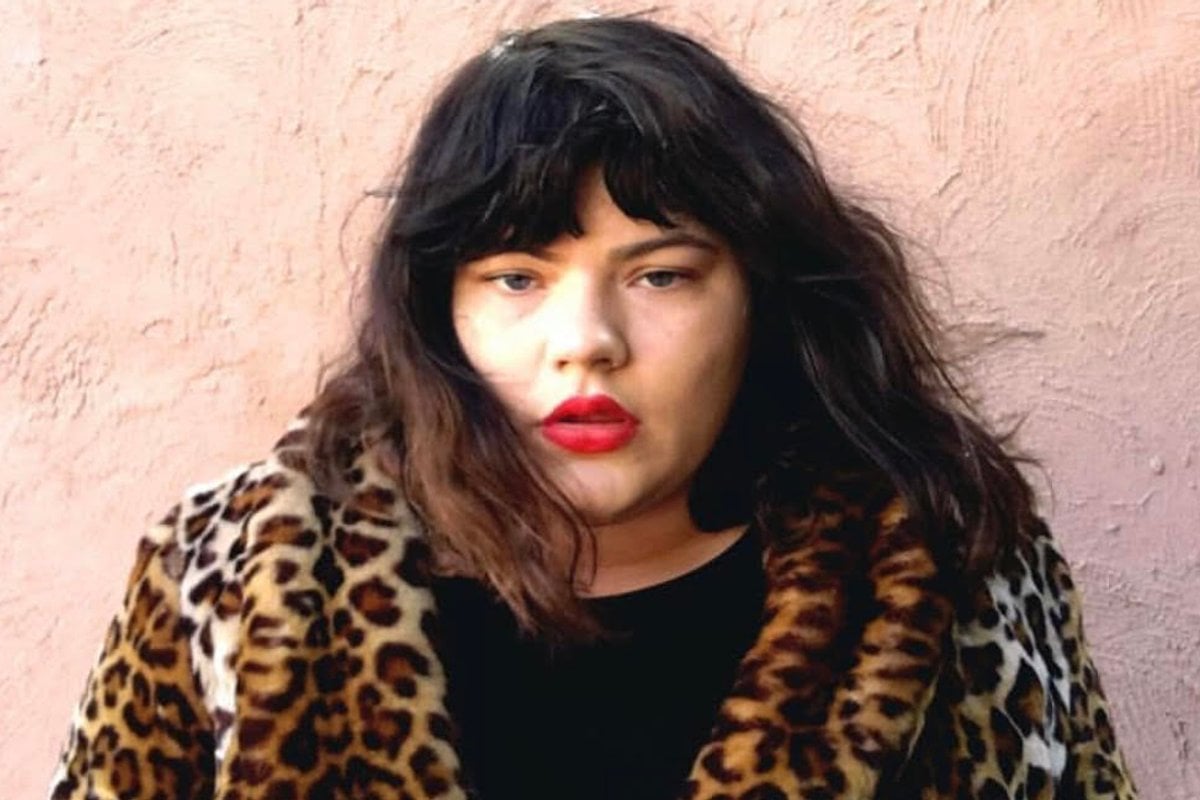 This post deals with abuse and may be triggering for some people.

According to the Australian Bureau of Statistics, 1 in 4 women have experienced emotional abuse by a partner. I broke up with him via text message. I felt like a coward at the time. Friends and family urged me to speak to him face to face, but I couldn’t bear it. I couldn’t articulate the reason why. I couldn’t even quite understand it myself. It took me a long time to realise it was because I was scared.

He never hit me, never laid a hand on me. He was often very kind to me. He was a great cook, and he’d always make my favourites. He always made an effort to wear the pyjamas I bought him. He saved up all his silver coins and left them by his bedside table because he knew I’d swipe them for coffee money. His phone screensaver was a photo of me cuddling his cattle dog. When we showered together, he’d always let me be the one that stayed warm under the hot water while he shivered nearby. My most liked photo on Instagram was of him kissing my cheek. We were in love.

He scared me though. At first, I was just scared for him. He drank too much, smoked too much weed, got too angry at the news. He found it hard to accept change, got worked up about things that weren’t worth getting worked up about. He’d stomp around, yell and sometimes slam his fist against a wall. Usually, end up crying. Afterwards, he’d calm down, and we’d sometimes joke about it. It was never directed at me, and then one day it was.

We were on a train. We were coming back from celebrating our anniversary. We’d spent the weekend having sex and eating room service. I’d traced shapes on his naked back when he slept. We’d mistakenly got on the quiet carriage. He was chatting with me. A lady in front of us told us to be quiet. He ignored her. I told him we should move to a different carriage if he wanted to talk. He ignored me. He ended up screaming at that lady and then later me. He punched the window of the train near my head. My heartbeat did not slow down until I was away from him.

And then a few weeks later, he’d wanted to come to a dinner that was meant to be just a girls thing. We’d argued, I’d won but when I’d returned home. He was drunk and angry and sad. I apologised again and again but it didn’t appease him. He said he thought I was ashamed of him. I felt guilty because I was. I went to bed. My mum always said things looked better in daylight. He crawled in next to me and later on top of me. I told him no so many times until it became easier to just be quiet. He later referred to that incident as a "bit sh*t of him".

When I broke up with him, he was sad but accepting. Told me he’d always love me and that it was all his fault. I told him I’d always love him, and it wasn’t all his fault. I felt like I had overreacted thinking he would behave poorly, and the guilt gnawed at me. A few days later, he texted me and told me I was a liar and a horrible person. I ignored it, but it hurt. Then the calling started, he’d call me ten times in a row and he’d leave nonsensical but often mean voicemails. Eventually, he called so much, it made it impossible to use my phone, so I blocked his number. He switched to calling me from a private number, but at least I didn’t have to read the mean texts he wrote anymore.

Listen to The Quicky dive deep on coercive control, and why it's still legal. Post continues below.

I told myself It was okay. That I had hurt him, ended things cruelly, and he needed time to process it. While he processed, I started drinking red wine to get me to sleep at night. The calls continued, sometimes he’d ring me 20 times in a row. Sometimes I wouldn’t hear from him for a week, and then I’d wake up to 12 missed calls from a private number. The unpredictability of it made me constantly on edge. I stopped listening to the mean voicemails. They’d just make me cry. I stopped a lot of things. I stopped wanting to pursue my career, I stopped trusting men, and I stopped eating three meals a day. Everyone told me how great I looked, skinnier. I was smaller, and I felt it in every way.

He kept calling. My friends became frustrated with my lack of action. My refusal to change my phone number, my inability to just tell him to f**k off. "You need to do something about it" was said to me in every way possible and yet I felt frozen. I understood what people meant when they said they felt paralysed for the first time. I told them I wanted to keep my number for my freelance work, that I didn’t want to miss out on opportunities but really I was terrified if he could no longer call me, that he’d do something else. The thought of something else kept me gulping down red wine. I’d start every morning with my thoughts hazy and my head aching. I could no longer distinguish if the sickness in my stomach was caused by anxiety or a hangover.

He kept calling. I downloaded dating apps because I did not want him to be the last person inside of me. I slept with a 31-year-old named Jake. Jake pounded into me, rather than moved with me. It made me miss him afterwards and how he’d always put his hand behind my head so it would never smash against the wall. That made me hate myself. So I slept with another man and another determined to find someone that made me long for him less or at the very least orgasm. I even slept with Jake again. I wanted to feel invigorated and sexy but instead, I just felt used and tired.

He kept calling. I avoided seeing my parents. I was worried they’d see what I saw in myself. My mum had raised me as a feminist. What made her proud were degrees not engagement rings. I felt I had let her down. She’d taught me I didn’t need a man and now I couldn’t escape one. She’d told me to only date men that read books. I should have listened. I did a line of coke in a bathroom and threw my phone across the room but it did not break.

It took six months for me to go to the police. On a Saturday, he called 70 times and abused my mum via text when she’d told him to stop. He’d become arrogant, while I’d become fearful. On Sunday, I sat in a police station and played the eight voicemails he’d left over the course of the day. He threatened me in every single one. I hadn’t realised how bad things had become. I explained to the policewomen calmly that I knew most people had it a lot worse and things weren’t that bad but I just really wanted him to stop. She told me things were bad, and he was showing a pattern of behaviour that was escalating. She explained I needed protection. I said he’d never hurt me, she said, “Did you think he’d do this?” I had to stop myself from telling her that he was actually very nice.

What happened to me isn’t uncommon. Domestic violence in Australia rises every year. There are varying degrees, but just like a burn, they all hurt. It took me a long time to realise what was happening to me was abuse. It took me an even longer time to realise I did not deserve it. It’s hard to reconcile that someone that used to kiss you on the forehead could now threaten your life. At 20 I fell in love with him and at 25 I’m really hoping I fall in love with myself.

For more from Mary Rose, you can find her on Instagram @maryrosem.

Reply
Upvote
1 upvotes
The guy is nuts and has anger management problems. He should see a doctor.  Most women wouldnt put up with nearly as much as you did.
roadie a month ago

Reply
Upvote
3 upvotes
@jonsully I believe a lot of women put up with this - I’m an example .... this kind of abuse is more common than many people think. When I finally had the guts to leave, other women confided in me that they experienced similar abuse. Btw I am white, educated, privileged, management professional. I was ashamed of how I let myself be treated. My work colleagues would never have realised. The other women I know have still not left and continue to suffer in silence.
becky a month ago

Reply
Upvote
3 upvotes
@jonsully so many more women put up with it than you think.
I could have written this story. So could a thousand others.
My husband was wonderful until he wasn't anymore.
I felt that I didn't have a choice. We have 5 kids, 2 with disabilities, I never worked, never paid the bills, didn't even know what company half of them were with and was told I couldn't do it alone. I believed it.
Finally the police came and removed him and took that choice away from me.
It's hard but not as hard as not knowing what I will be coming home to.
mamamia-user-893622181 a month ago

Reply
Upvote
3 upvotes
@jonsully it's easy to say that but this kind of behaviour starts slowly and in increments (like taking a shower and the water is too hot. You acclimatise and it becomes normal)
cat a month ago