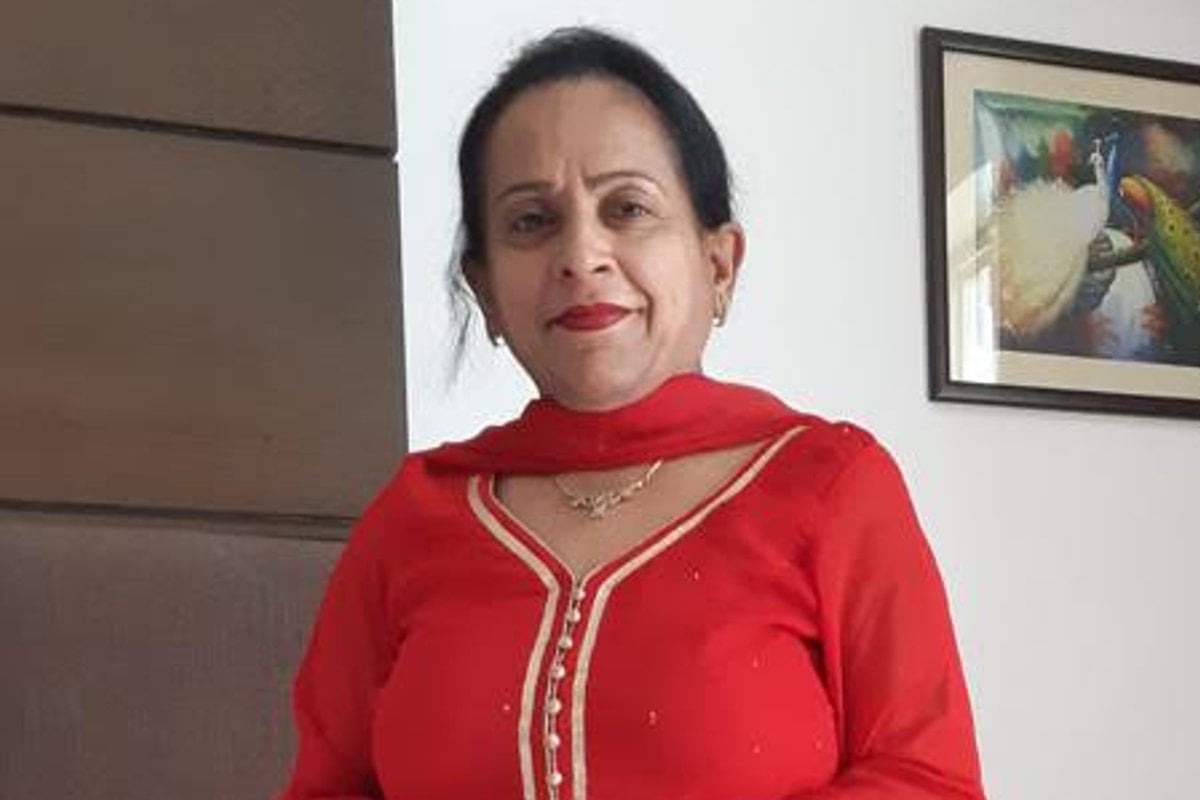 For Daisy Kohli, life right now is like being in the middle of a war zone, with the enemy all around, neighbours falling dead, and little to defend with.

Communities are holding mass cremations, dead bodies are seen lying on suburban pavements and the streets are filled with stress.

India, a country of 1.4 billion people, is in the trenches of the world’s worst coronavirus wave. In the past 24 hours, the country has reported more than 360,000 new infections, the largest single-day increase in any country since the pandemic. It’s the sixth time they’ve broken the world record in the past week.

Daisy Kohli is living in Ludhiana - a district about 300km from New Delhi - which is one of the cities experiencing a particularly high surge of new infections.

She is one of the 9,000 Australians stuck in India, trying to come home. 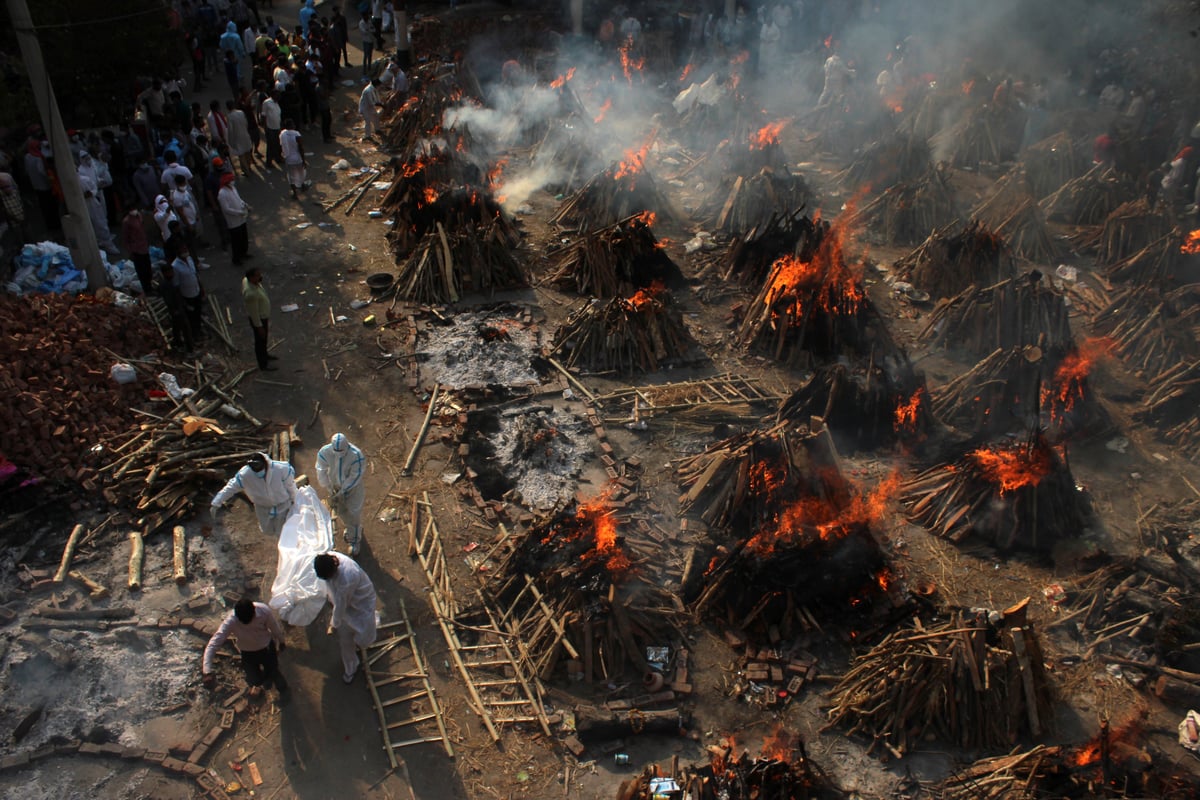 Daisy and her husband have paid $8,000 for a repatriation flight via Japan set to fly on May 5. When I spoke to her, Prime Minister Scott Morrison had just announced that all flights to Australia from India would be suspended until at least May 15. She was informed of the government’s decision via a phone call from her brother-in-law and says she is yet to hear any information from the government themselves, despite being registered with DFAT.

Daisy arrived in India on December 31, 2019, with the intention of looking after her elderly father for one year. Before then, she had lived in Canberra since 2007, working as an Assistant Teacher while her husband was a taxi driver.

Now, Daisy is living in a household of six - herself, her husband, father, brother-in-law and both in-laws. Three of them are over the age of 80 with underlying health conditions.

“They are very concerned. They keep washing their hands. They do not go out of the house. They do not see anybody in person.”

At all times, everyone in the house is wearing a mask - whether they're reading a book or doing the laundry. The only time they will take it off is for their socially-distanced mealtimes.

In Daisy’s neighbourhood, she can immediately think of about a dozen people currently infected with COVID-19. Two days ago, the man who lives in the lane behind her died from the virus. He did not get the treatment he needed because their local hospital is at capacity and oxygen is running out. He was around 50 years old.

“People are dying for no reason,” she shares. 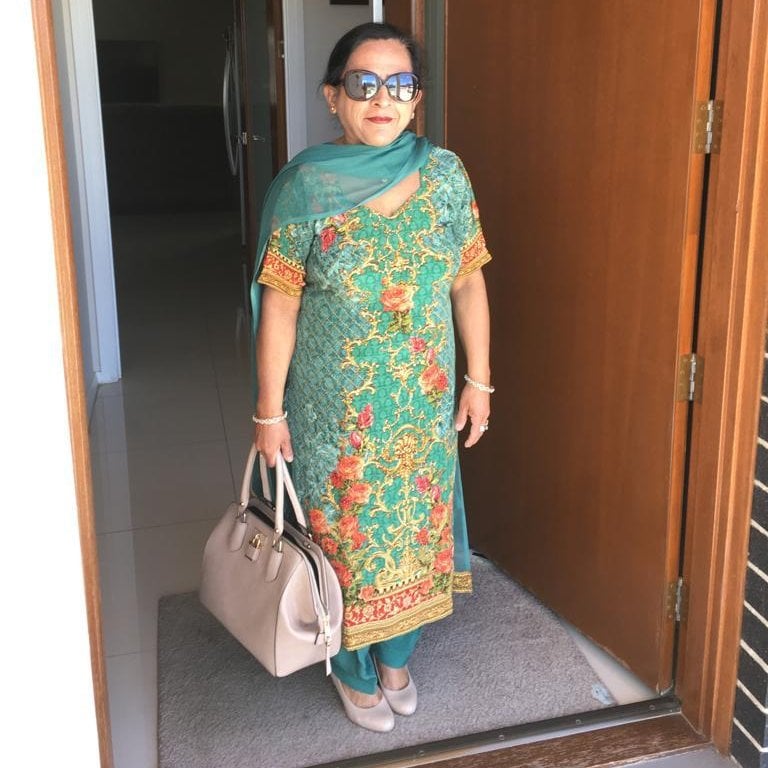 Daisy Kohli is one of the 9,000 Australians trying to fly home from India. Image: Supplied.

Today, Daisy should have been receiving her second dose of the coronavirus vaccine. The 55-year-old feels lucky she even got her first dose, with so much death and disease around her, but its effectiveness feels futile without the second.

Alas, stocks have run out. Not only that, she can’t even travel because the gates to her district are locked - no one in, no one out, and very few exemptions. There is “security everywhere,” she adds.

On Sunday, they were given four hours notice that gates to their community would be indefinitely shut. People were instructed to get the essentials and then shut their doors.

“Panic was everywhere. People were stressed and shops were empty. The traffic conditions were so bad, no one was following any traffic rules."

On top of the immediate devastation, Daisy is aching to return home to see her two sons who are 27 and 32 years old. In the year since they’ve been gone, her eldest son has been diagnosed with a spinal disorder and will soon undergo surgery. She prays she will be home in time to be with him.

For now though, it’s a painful waiting game. Most of the information she receives is from a Facebook group called ‘Australians stuck in India’. She says she is empathetic of the Australian Government’s decision to protect their community from the threat of the virus, but she also wishes there was more communication from the government, instead of word of mouth through a Facebook group.

“Every day we leave the bed with stress. When are we going? That is the main thing that is moving around our heads all the time.” 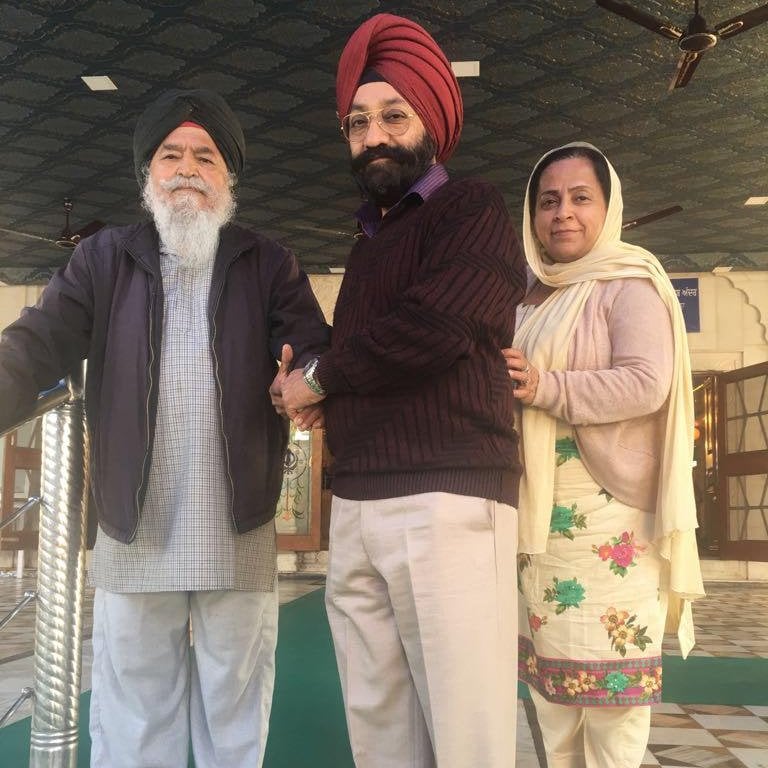 Daisy with her husband and father-in-law. Image: Supplied.

Compounding their stress is the strain on their finances.

After nearly a year and a half away from employment, one of their biggest concerns is money. After all, they are still paying for their mortgage and bills back home in Canberra.

“We are not earning even a single penny and the expenses are too much. It's hard to survive in India… Our savings are gone. Our bank account is almost empty.”

And now, with their flight likely not going ahead, they are even more worried.

“We have paid a lot to get the tickets. And if the flights are canceled, I'm concerned whether that money is safe or if that money is lost.”

As they patiently wait, there is one thing bringing them joy, and that’s witnessing the camaraderie that has been born out of the catastrophe.

“The community is so helpful. One person the other day actually sold his car and all his valuables to buy some oxygen cylinders. Then he donated them for free for people in need, which is a great help. People are really helping each other.” 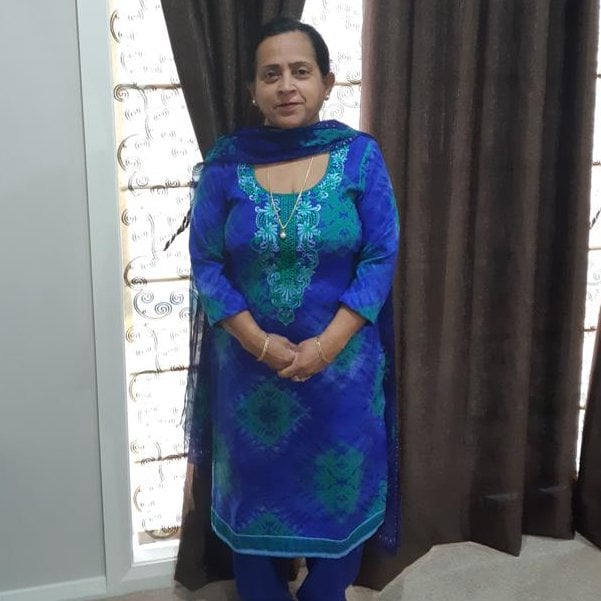 Daisy says even the friends she has made in the past year have offered huge support.

“They all know that we both are from Australia, and when you are not in the country for 15 years, you don't know much about the shops. So they all help us.

“Every morning I get a call from one or two friends asking me if we need something. They will then drop it at our door for us if we need, which is really, really kind.”

Daisy knows she has no option but to stay, but says their bags are still packed.

"I am living without any purpose here. It's a big mental stress."

As for the possibility of being infected with the virus itself, she says it is difficult to even consider that option, and shudders to think of it spreading through her vulnerable household. But she is also not naïve to the precariousness of the pandemic.

“I'm fine today, but I might not be fine tomorrow.”

G
gypsy a year ago
Reply
Upvote
3 upvotes
The situation in India is tragic but the ‘stranded’ Australians chose to be there at great risk in the middle of a pandemic. When things turn, how can anyone wave a magic wand. They should have stayed put in Australia. This virus problem is far from over.
C
cat a year ago
Reply
Upvote
1 upvotes
@gypsy what? She went there at the end of 2019 to care for her father. How could she possibly have foreseen the pandemic when it was still an outbreak in Wuhan? No one has ‘chosen’ to be in India just for fun, they’re trapped there because our government has abandoned them.
S
smart cookie a year ago
Reply
Upvote
4 upvotes
@gypsy Some people don’t think looking after their elderly parents is a choice.
L
lachy8 a year ago
Reply
Upvote
3 upvotes
@gypsy  I agree,  I am fed up with all the ex pats desperately wanting to return to safe old Australia. If they want to live elsewhere they have to take the rough with the smooth. They do what they desire then want to be bailed out.  Some of the countries Aussies go to are poor and often  3rd world, when things go wrong they go very wrong. Just like that, they expect to be airlifted  back to Australia and speak like its Australia’s responsibility. I’m fed up with it.
C
cat a year ago
Reply
Upvote
@lachy8 it literally is Australia’s responsibility, that’s what it means to be a citizen.
F
fiona15 a year ago
Reply
Upvote
2 upvotes
How do we help Daisy and others in India
Is there a way of getting direct financial support to her or is it just about supporting aid agencies?
G
guest2 a year ago
Reply
Upvote
1 upvotes
@fiona15 Email the Indian Govt and ask they divert funding from their Nuclear and Space Programmes to hospitals and helping their citizens.
C
cat a year ago
Reply
Upvote
3 upvotes
@guest2 seriously? Is this really the moment to throw stones?
G
guest2 a year ago
Reply
Upvote
4 upvotes
@cat   The truth is not throwing stones, but highlighting the failures of the Indian Govt to manage the covid pandemic in their country.   If a country can afford to spend money building nuclear weapons and a space programme, it is not unreasonable to expect it to provide a decent health care system and when is it a good time for them to be reminded of this?   It seemed to be quite OK (last year) for Donald Trump to be the fall guy (even on this website) for the pandemic mess in the USA.
S
suz a year ago
Reply
Upvote
3 upvotes
@guest2  You are not completely wrong a lot of countries need to get their financial priorities right, Australia included. Morrison spent 160 million on a stunt on Xmas Island which was a sinful waste of money,  at least now use it as a quarantine option.
Resources
Very Peri
Skin
News
General
Opinion
True Crime
Politics
Sport
Explainer
Entertainment
Celebrity
Reality TV
Movies
TV
Books
Rogue
Royal
Lifestyle
Beauty
Fashion
Weddings
Home
Wellness
Health
Fitness
Travel
Food
Family
Before The Bump
Pregnancy
Baby
Kids
Teens
School
Parent Opinion
Work & Money
Money
Finance
Career
Lady Startup