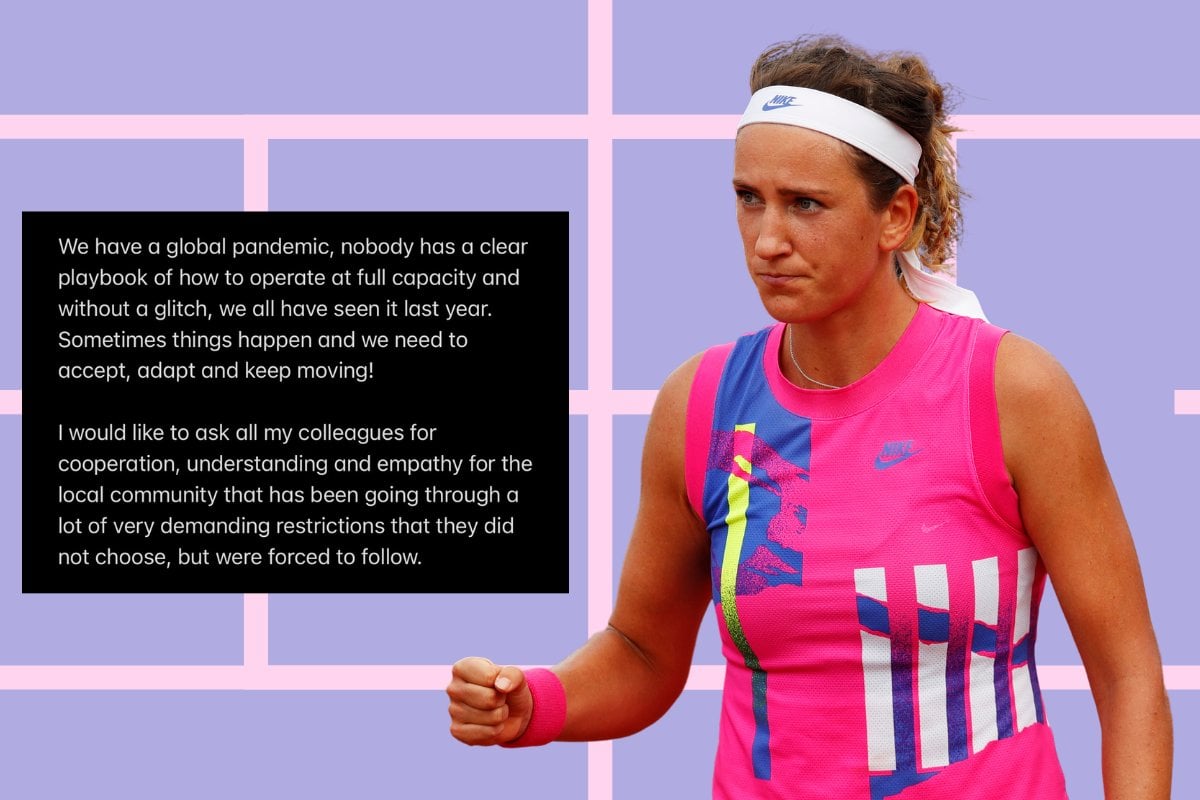 In the past week, people from across Australia have come together to respond to a common enemy: Australian Open tennis players complaining about hotel quarantine.

A total of 72 players have been forced into 14 days of hard lockdown over positive tests on three charter flights to Melbourne from Abu Dhabi, Doha and Los Angeles, and many of their reactions have drawn the ire of the Australian population.

Players were originally given an exemption to leave their quarantine hotel to train for up to five hours a day, but those impacted are now unable to leave their rooms for any reason.

Several players have shared their frustration and criticised the organisers over their decision to quarantine all players on the COVID-affected flights. Across social media, players have complained about the food and lack of exercise equipment, and male athletes unsuccessfully attempted to have their matches decreased from best of five sets to three.

Each social media post has been followed by media reports, commentary and unimpressed reactions online.

The calamity exploded further on Monday as world No.1 Novak Djokovic, who is currently spending his quarantine in a hotel in Adelaide, sent Australian Open boss Craig Tiley a letter with six points he would like actioned for those in Melbourne.

Among his proposals were 'decent food', a reduction in quarantine days and for as many players as possible to be moved to private houses with tennis courts. 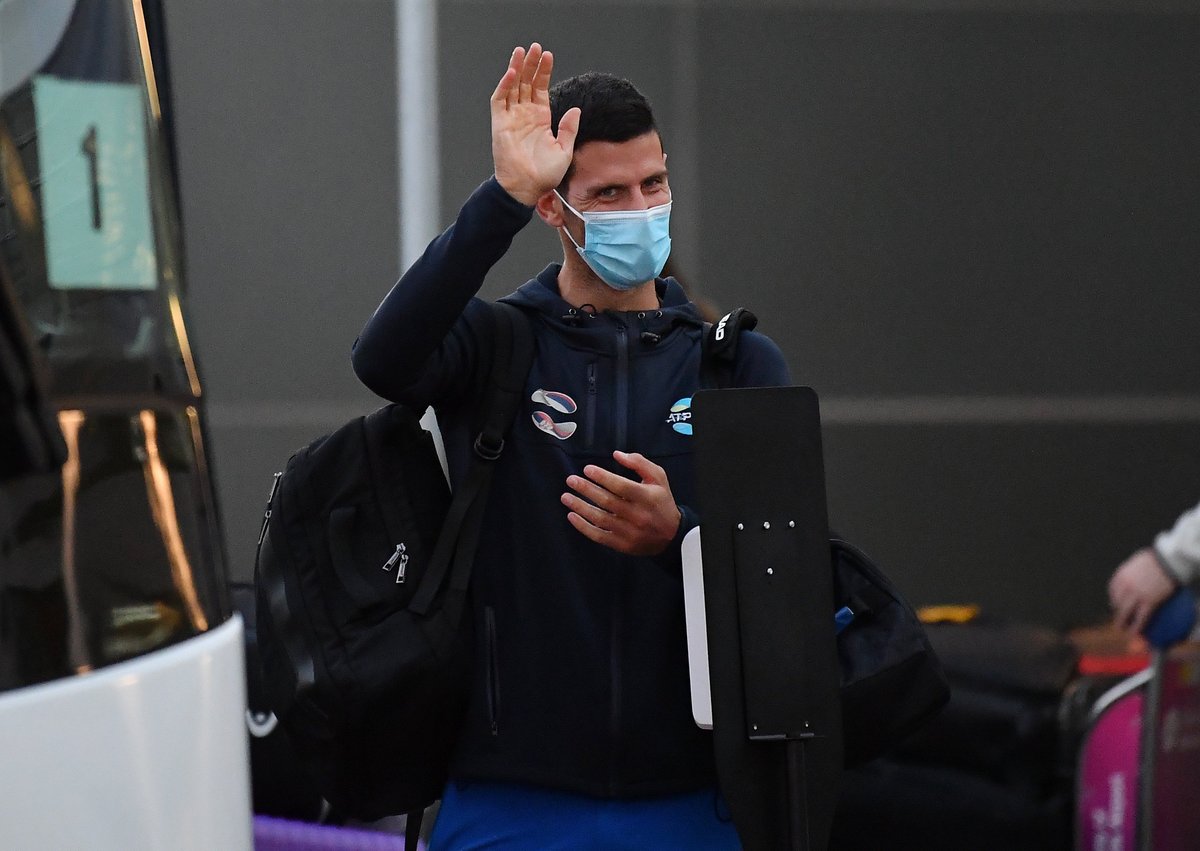 Victoria, of course, spent many months in strict lockdowns throughout 2020. And through collective sacrifice and hard work, Australians across all states now lead cautious, but somewhat normal lives.

So, unsurprisingly, the players and staff have not been afforded much sympathy.

But while there have been a number of players vocal in their dissatisfaction, there are also many who are simply dealing with the hand they have been dealt.

They're the voices drowned out by the negative headlines and social outrage, but they are also the ones we should be paying the most attention.

Among those in hard lockdown is two-time Australian Open champion Victoria Azarenka. The 31-year-old Belarusian was on board one of the planes impacted, and is currently unable to train outside of her hotel room or meet with her coaching team.

On Tuesday night, she released a lengthy statement.

She said she, among many others, did not expect to find themselves in a hard quarantine and it is a hard pill to swallow for many in terms of the training and work they'd put in ahead of 2021's first Grand Slam.

But we are in a pandemic.

"Nobody has a clear playbook of how to operate at full capacity and without a glitch," she wrote.

"Sometimes things happen and we need to accept, adapt and keep moving."

She asked her tennis colleagues to consider the context in which they found themselves and the reason why their strict quarantine was so important to Victoria and Australia.

"I would like to ask all my colleagues for cooperation, understanding and empathy for the local community that has been going through a lot of very damaging restrictions that they did not choose, but were forced to follow," she wrote.

"I would like to ask to be sensitive as well to the people who have lost their jobs and loved ones during this horrible time for all of us around the world.

"I would like to ask all of us to have respect for people who work tirelessly to try to make our lives easier."

Addressing the Melbourne community, she said their health and safety was their top priority.

"Lastly, I would like for us to please try to support each other as much as someone can or is willing to.

"Things are always easier when you have a compassionate environment and work together."

Just want to thank all Australian people who’s been in locked down for 5-6 months since March,so we can get a chance to play AO 2021.❤️🇦🇺🥺

Also among them is New Zealand doubles player Artem Sitak, who was one of the earliest positive voices within the players group.

Sitak was onboard one of the three affected flights and in a video said other players should have been prepared for this possibility.

"I wanted to clarify something," Sitak said from his hotel room.

"We had a call with Tennis Australia about a month ago and not a lot of players were on that call, which was surprising to me.

"Basically Tennis Australia, the organisers, they told us the risks that we were going to be undertaking and they did mention that if somebody tests positive on the flight, it's going to be up to the health authorities to decide whether to quarantine all the flight or just isolate compartments of the plane."

He said the flight attendant on his flight tested positive, which obviously meant the entire plane was forced into strict isolation.

"So knowing the very, very strict rules of the Australian government regarding the virus, after that call, in my mind, I knew that if for some reason somebody tested positive on the plane, I'm going to have to quarantine for 14 days," Sitak explained.

"So I was prepared to take that risk and I knew that was a possibility.

"I was hoping that wasn't going to happen."

He said players needed "to put some things into perspective".

"A lot of Australians at the moment cannot get home, because of the restrictions and all that, and we as foreigners, over 1000 people, we're here in Australia, we're going to be competing in a Grand Slam, earning a lot of money.

"And the amount of work that Tennis Australia has put in to organise all this, is absolutely insane - I can't even imagine how much work and how many hours they've put in to make this happen.

"So I just wanted to give a little perspective - we're still lucky to be here.

"It's unfortunate, the circumstances with the quarantine, but that's how it is." 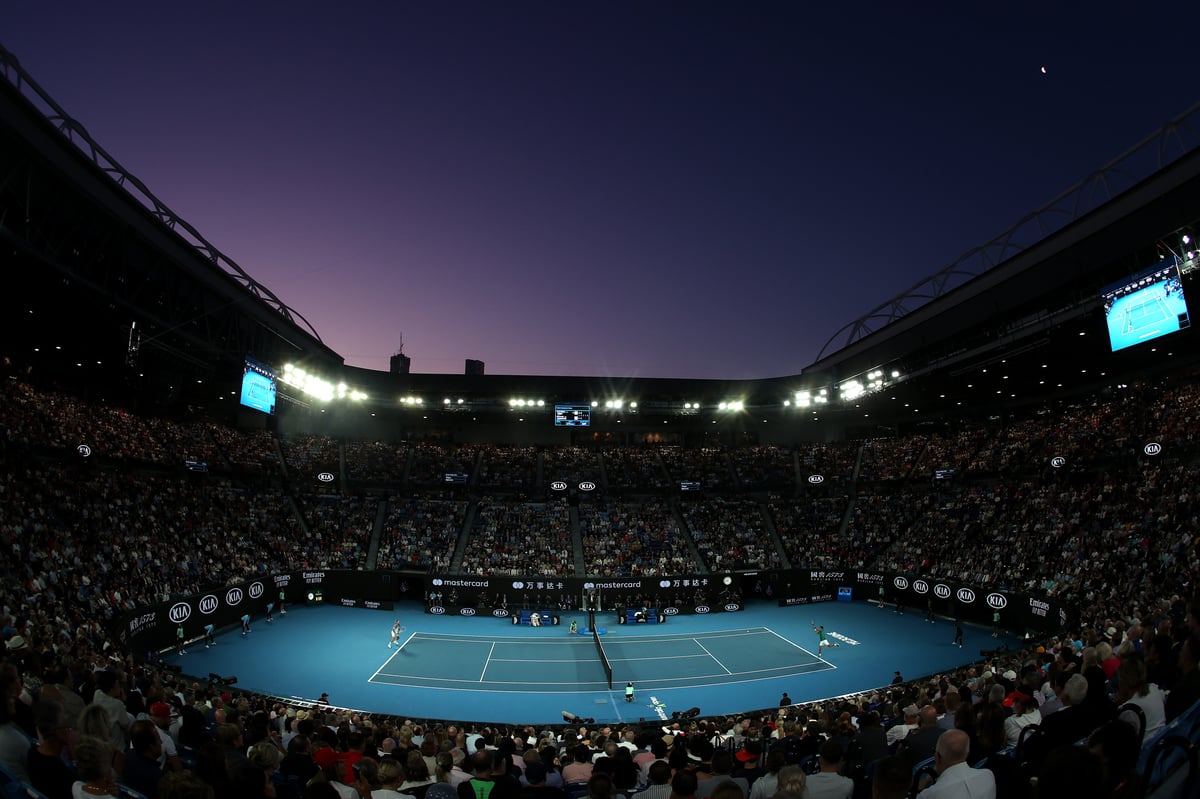 Things could be much worse here in Australia, and it makes sense that serious precautions are taken to stop that from happening.

Despite the tough quarantine, all of the players in Melbourne are set for a lucrative few weeks.

There is a record $80 million prize money to be won during this year's tournament. All players who have qualified for the main singles draw will take home $100,000, even if they lose their first round match.