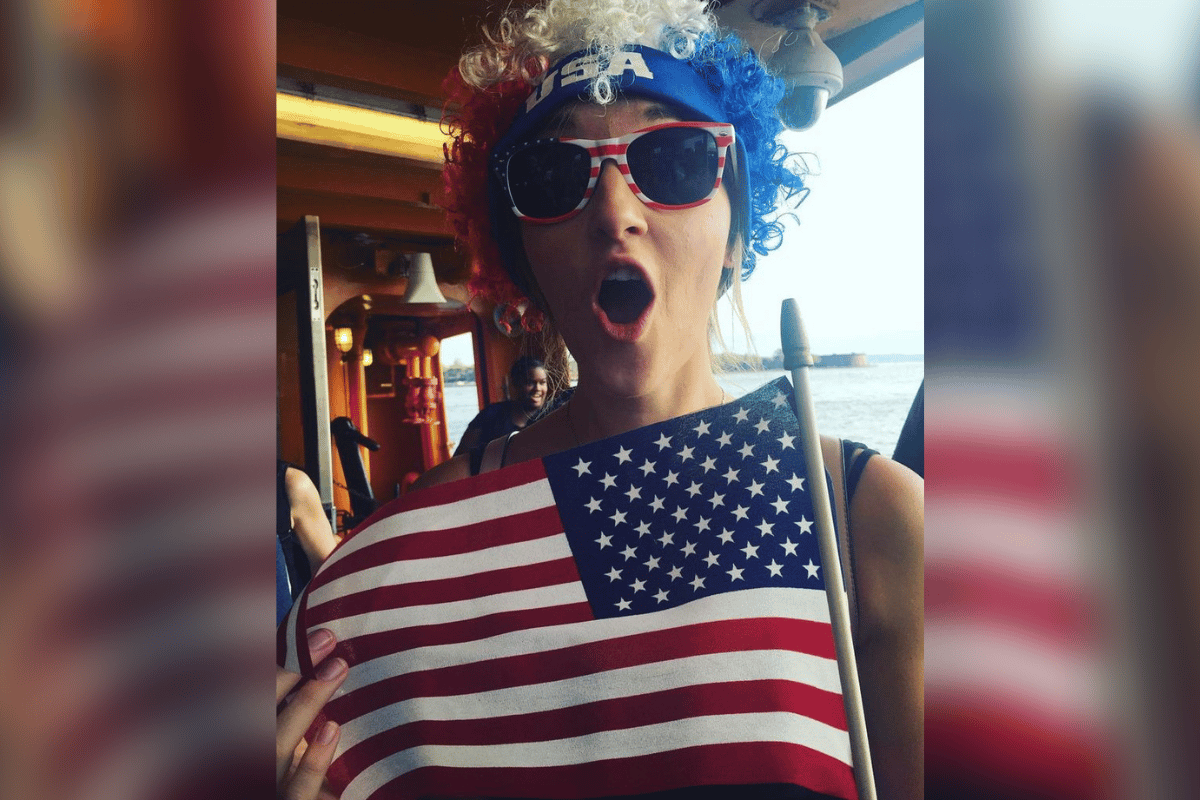 Listen to this story being read by Polly Taylor, here.

I’m a 52-year-old Australian woman who has been living in the US for the past four years with my husband and four children. Today I cried my last tears for this country.

I cried the day 20 six-year-olds were gunned down in a Sandy Hook classroom. I cried the day Trump was elected, and we weren’t even officially living here at that point. I cried almost every day as we watched 600,000 people unnecessarily die around us from COVID. I cried, glued to the screen during the Brett Kavanaugh hearing while I witnessed the bravery of Christine Blasey Ford.

And I cried the night Ruth Bader Ginsburg died because I saw this for America, this dystopian future where I would one day wake up to an Apple news alert informing me, and millions of other women across the globe, that Roe v. Wade had been overturned.

Roe v. Wade being the 1973 landmark decision of the U.S. Supreme Court in which the Court ruled that the Constitution of the United States generally protects a pregnant woman's liberty to choose to have an abortion.

Watching the Kavanaugh hearing, I saw him squirm in his seat and fumble over a question aimed at him by the now Vice President of the United States, Kamala Harris.

"Can you think of any laws that give government the power to make decisions about the male body?" He had no answer because there was none.

I logged on to Twitter in the US this morning and the rage was palpable. But I’ve seen this rage before, time and time again. I’ve witnessed it firsthand. I’ve lived in LA as I watched it burn down around me during the Black Lives Matter protests. I’ve watched rallies and marches for common-sense gun laws. I’ve watched women march across the country just to hold on to the rights that they had spent decades 'securing'. 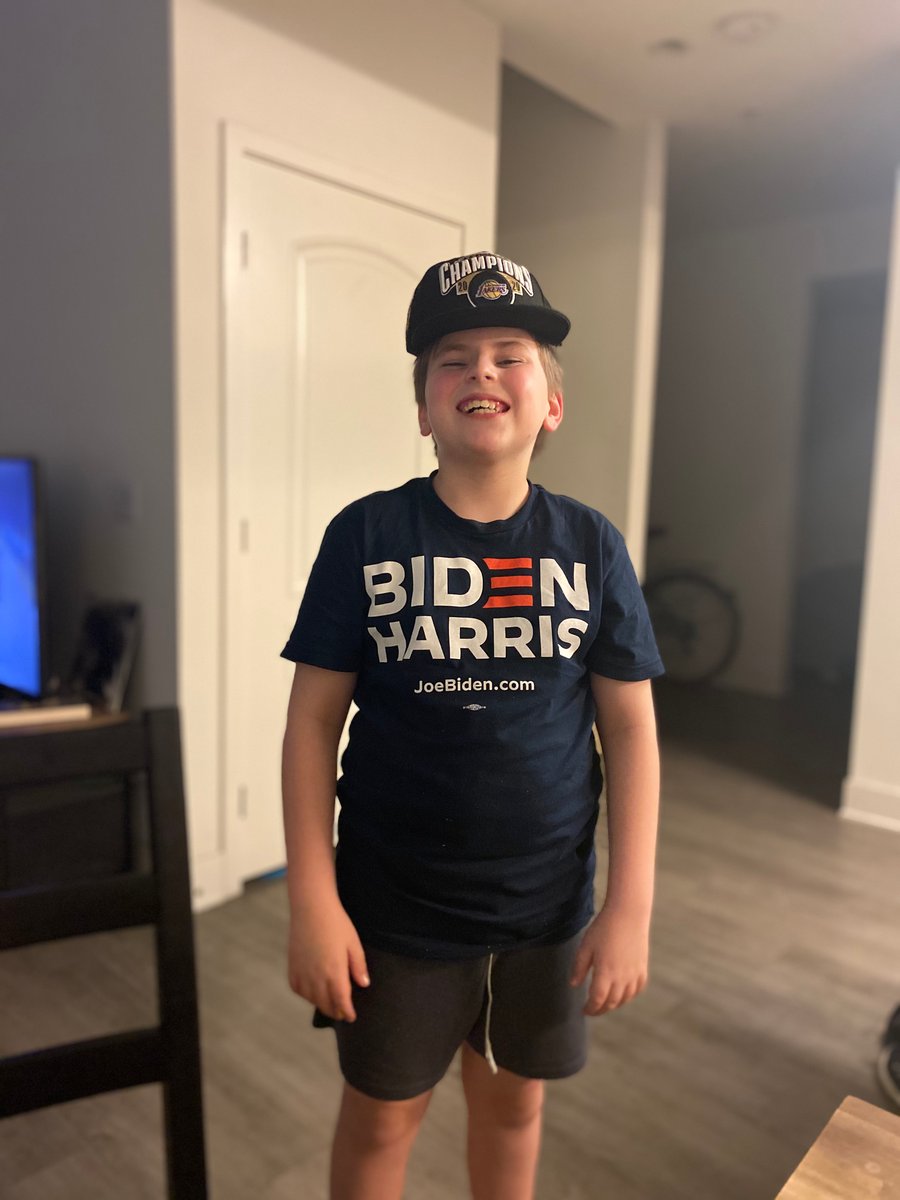 I did everything in my power to 'help' the women of this country. Image: Supplied.

During the 2020 elections, motivated by the death of RBG, I made the decision not to watch on the sidelines. As residents, but not citizens of the US, we didn’t have the right to vote, so I did everything in my power to 'help' the women of this country.

I donated and enlisted the help of family and friends to donate to Democratic candidates in swing states. They still get daily emails asking for donations from people they’ve never heard of. Oops!

My daughter and I sat for days and weeks hand-writing letters to swing voters in key states. One of them being Georgia, which was the deciding state for the Democrats, so I like to think we helped in some small way. 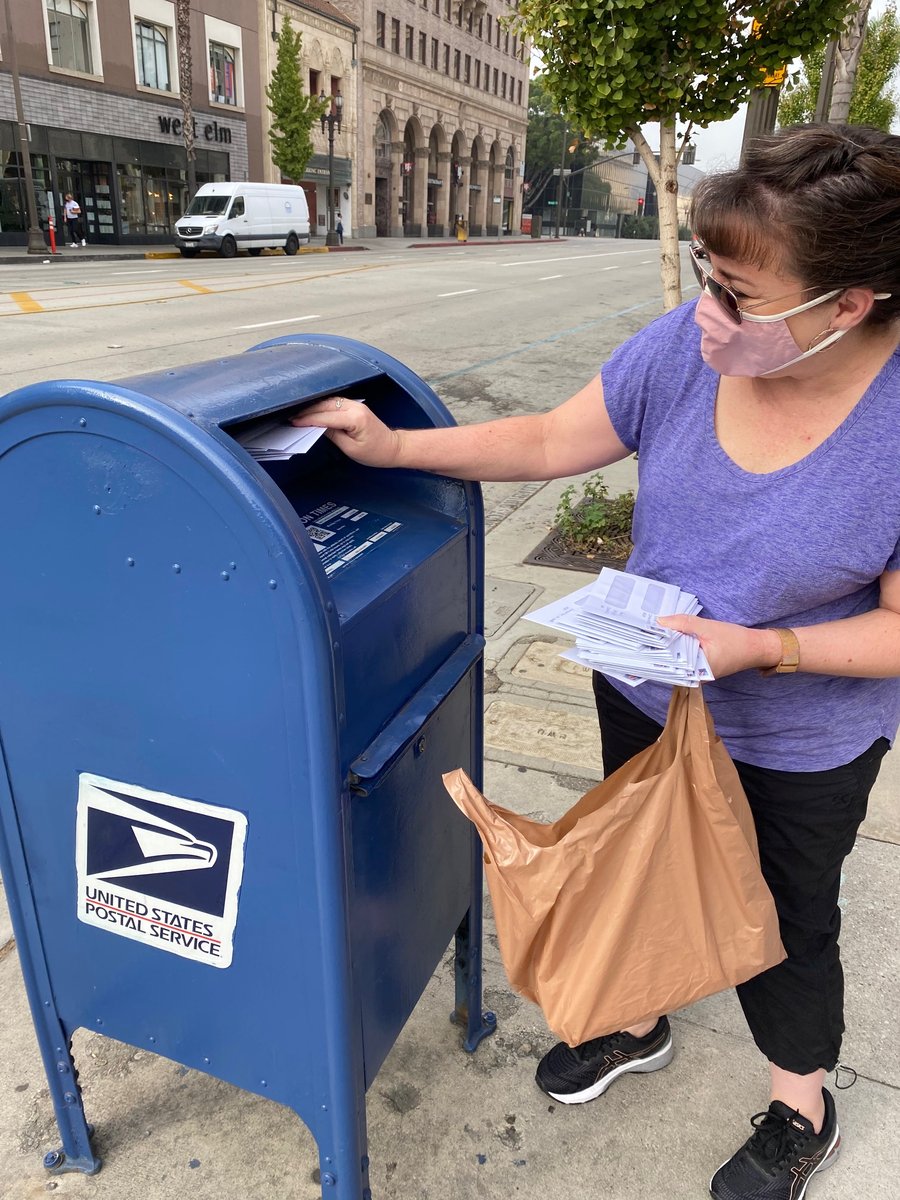 'My daughter and I sat for days and weeks hand-writing letters to swing voters in key states.' Image: Supplied.

But to be quite honest, I’m sick of helping a country that won’t help itself.

53 per cent of white women 'just couldn’t bring themselves to vote for Hilary' in the 2016 election but elected a man who had advised other men to "grab 'em by the pussy".

Contrast this to the 2022 Australian election, where overwhelmingly women voted against the Scott Morrison-led government. Sick of being undervalued and ignored, Australian women identified the rot and knew that one day it would take over the whole house. They saw an administration that not only had a history of not listening to women, but saw an increased blurring of the lines between Church and State and said, "F**k that, that’s not the direction we want to head in."

I think what amazes me the most about the Supreme Court decision today is that it was a 6-3 decision, not even close. That there was one woman, Amy Coney Barrett, appointed by Trump to the Supreme Court, who voted to overturn the landmark decision. One woman who decided that women would have less autonomy over their own bodies than they did 50 years ago. A woman who ensured her own four daughters would have fewer rights today than she did at their age.

I saw a tweet from a woman who said when the decision was announced, she was on the subway heading to work and almost every woman on the carriage was crying. Some people commented that the tears seemed like an 'overreaction' and a little 'hysterical'. Can somebody please tell me how crying about women having fewer rights in this country than a gun is an 'overreaction'? Where a dog has a legal right to an abortion but a woman doesn’t, is 'hysterical'?

If a woman has no control over her own body, what can she control?

When we moved to America four years ago on our first July 4, we watched the fireworks over the East River from our apartment terrace with pride. We spent the day dressed up in red, white, and blue traipsing across New York City, eating hotdogs and pretzels from street vendors, and went on the Staten Island ferry to catch a glimpse of the Statue of Liberty and all she represents.

I’m ashamed to say that we had bought into the ‘Hollywood’ version of America.

An America where she comes in to save the day, and usually the world, where the 'good guys' always win, where adversity overcomes privilege and David beats Goliath.

At the end of this month, we will be returning home to Australia, a country that, while I know it has its flaws, I’ve always been proud to call home.

A country that has never been as exhausting or soul-destroying as this country has been on a daily basis.

Reply
Upvote
I understand why you're leaving but on your last point, Australia was exhausting and soul-destroying for thousands of stranded Australians who were denied the right to return home unless wealthy. Sammy J's "I Can't Call Australia Home" summed it up perfectly. It was briefly illegal to come home from India, rendering citizens stateless. If only they'd had public support for their human rights.
U
unbelievable 2 months ago