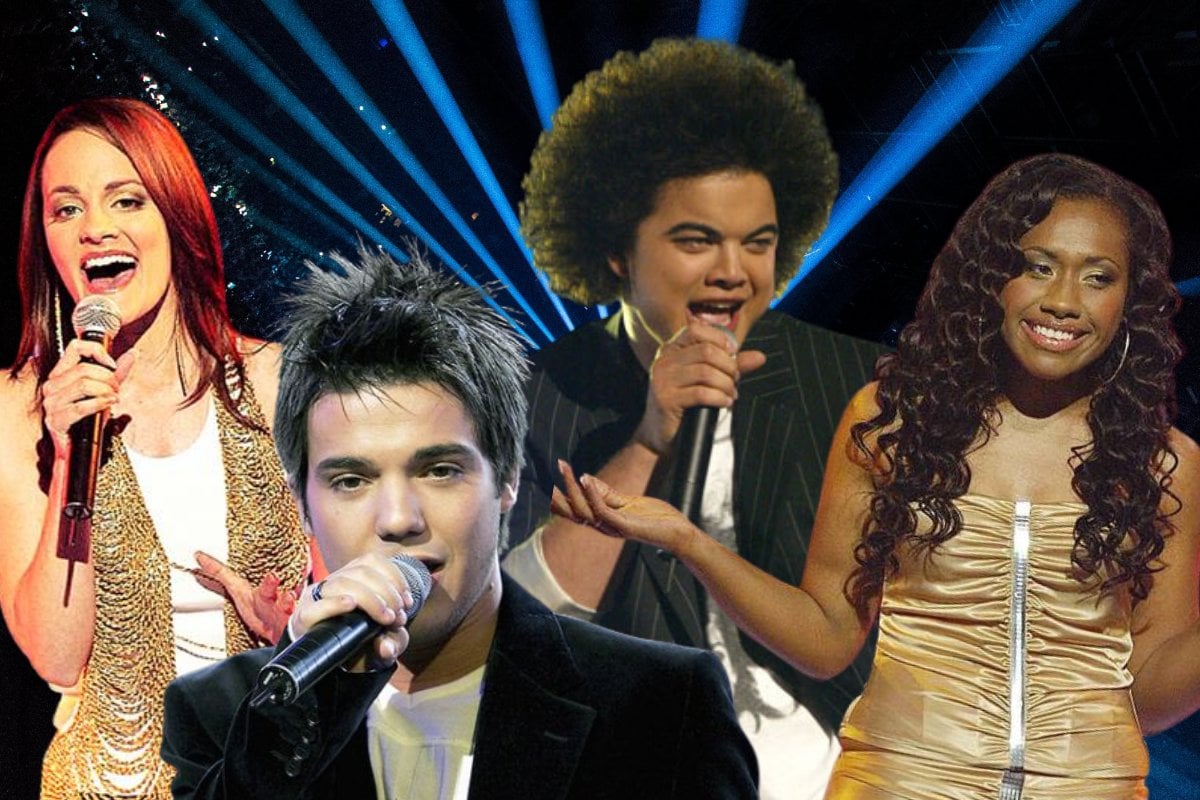 Australian Idol is coming back and it's all we've ever wanted.

Have we already exploited all the talented people in this fine country? Yes. Will we still be tuning in to watch a singing competition that doesn't involve judges making it all about them and their fkn chairs? Absolutely.

We've had enough of your unnecessary buttons. Image: Channel 9.

On Wednesday, Channel Seven announced they're following through with their plan to basically replicate the Golden Age of Australian television in the early 2000s, by bringing back Australian Idol in 2022. It'll be the first time the show has appeared on Australian screens in 12 years which is a fact that simply cannot be true.

You see, Australian Idol defined our teen years in a way it really… shouldn’t have.

They were 14 and yeah, they were in love with Rob Mills. They had made objectively terrible signs and they were alone because no one - not their friends or their family - thought this event was cool enough to go to.

But we were, as we always knew, before our time, and Australian Idol has become iconic in a way not even Andrew G/Osher could have predicted. 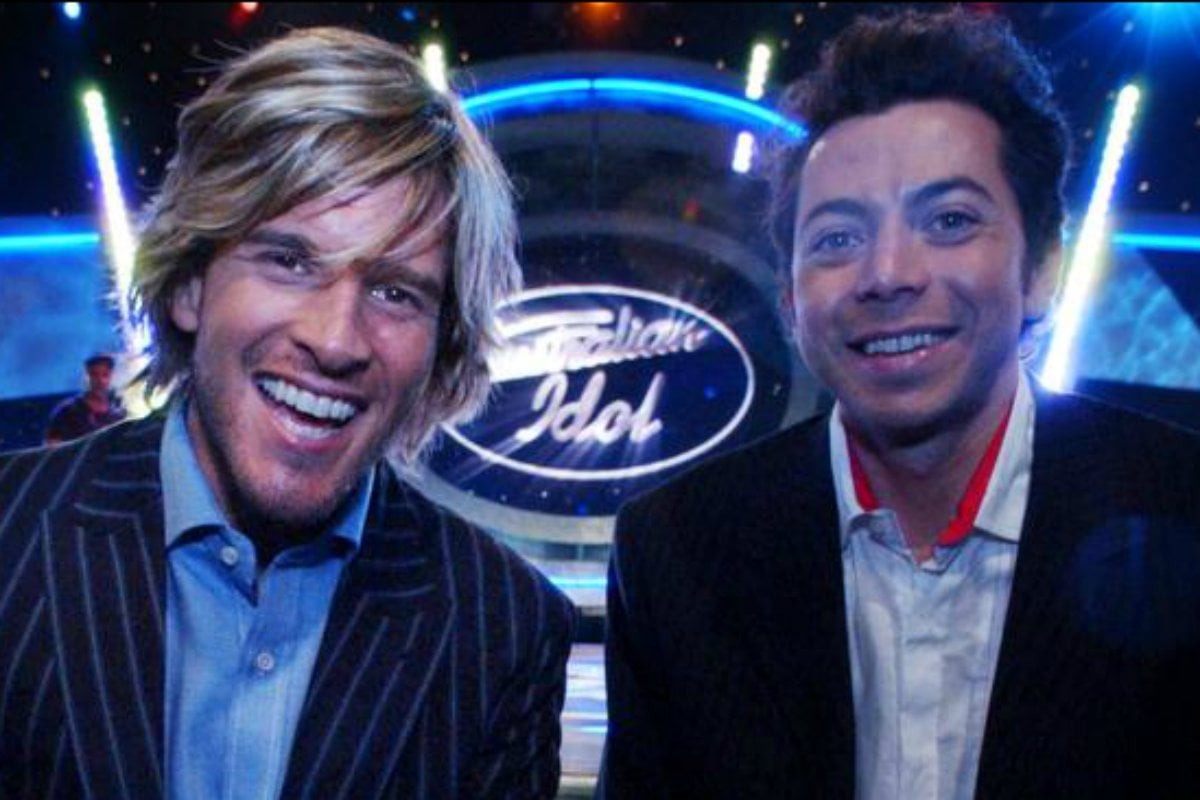 Are you guys still best friends or no?? Image: Channel 10.

So let’s revisit the most memorable moments of Australian Idol's seven seasons, to get ourselves excited about a new era of bad auditions, emotional farewells, and winning a record deal that might get you somewhere if your name happens to be Guy Sebastian.

1. Anthony Callea and The Prayer. Name a more iconic duo.

We swear Anthony Callea sang 'The Prayer' 47 times during his season of Australian Idol and it still wasn’t enough.

If we had iPods at the time (we definitely didn’t, way too expensive) we would’ve listened to 'The Prayer' on REPEAT while looking at this sexy picture of Anthony Callea posing for what we can only assume was Girlfriend magazine. 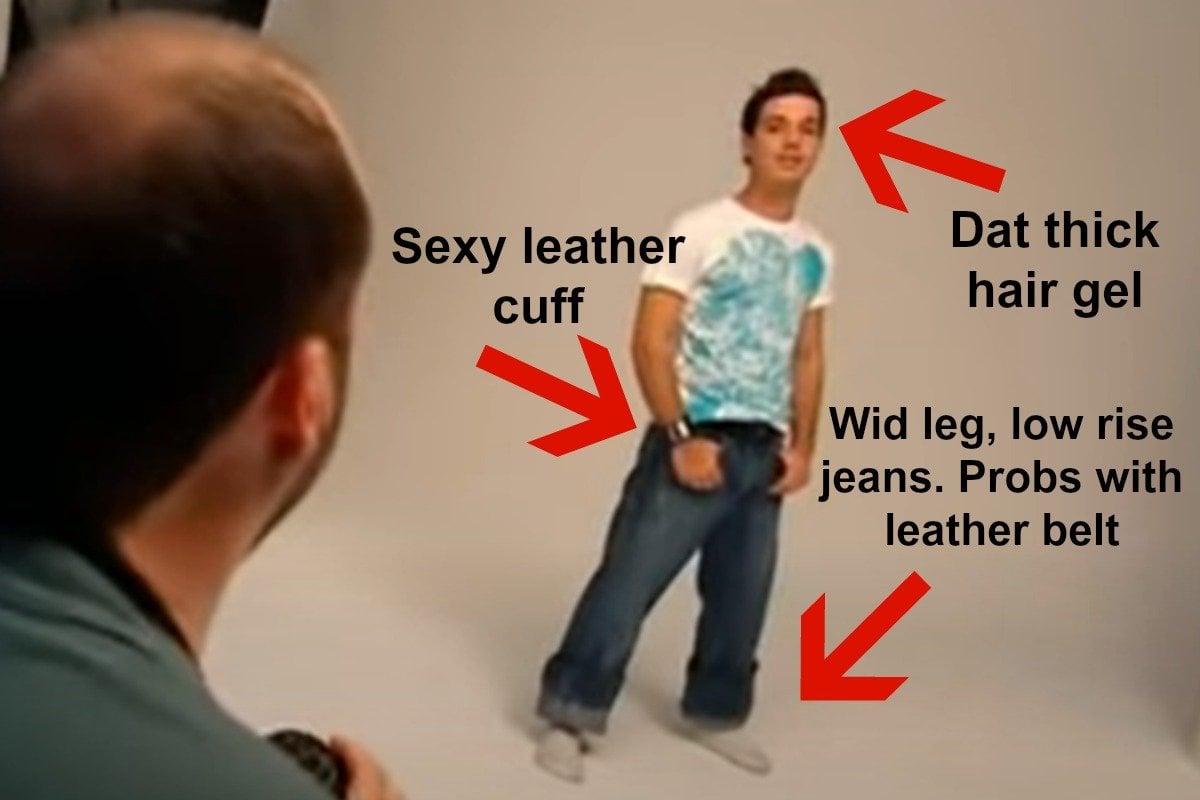 Such cool slip on shoes.   OK fine. You can watch him performing 'The Prayer' for the very first time, right here:

2. The result no one saw coming: Ricki-Lee’s early elimination.

The US had Trump. The UK had Brexit. Australia had Ricki Lee's premature elimination from Australian Idol in 2004.

We distinctly remember the way Mark Holden lectured viewers after she went home, pleading with us to vote, because otherwise our favourites would go home. It was so stressful because we didn’t have phones, Mark. And Mum wouldn’t let us message in more than once each SO DON’T YELL AT US FROM THE TV. 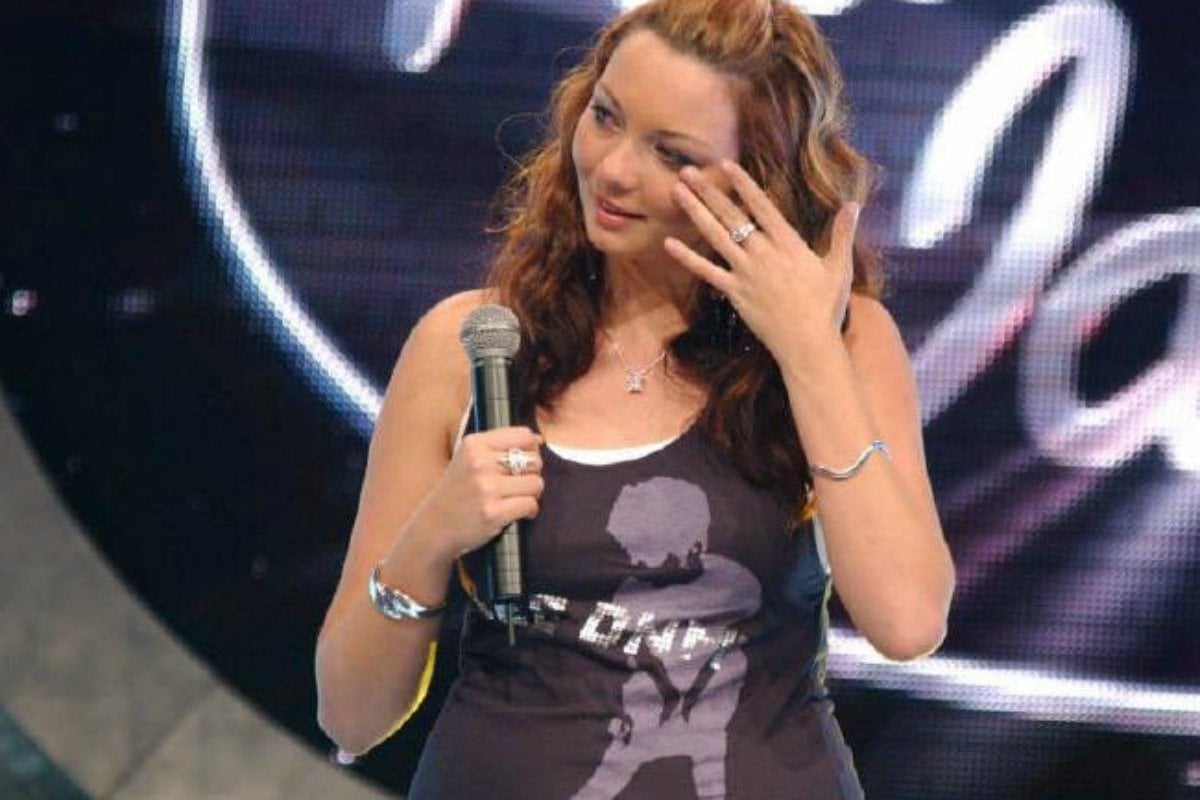 Excuse us police, but we witnessed a CRIME on live television. Image: Channel 10.

If you don’t know what we’re talking about, honestly leave.

Cosima De Vito was a shoo-in for the top two and we probably started to take her for granted.

And then something… strange happened. She was singing a song and Mark Holden asked how she was “coping” because her voice sounded strained. The crowd booed. Mum muttered on the lounge, “he’s right she did sound a little off-key”. Mum how could you Cosima De Vito is a saint.

And then our world came crumbling down.

When it came time for the week's elimination, James Mathieson paused and said: “However, Cosima, there’s something you would like to say.”

And then Cosima unfolded a handwritten speech.

Audience members held tissues to their wet eyes, while our Cosima explained that she had a temporary condition that was affecting her voice and she would be forced to leave the competition.

It was a shock and we all needed the following day off school to recover. 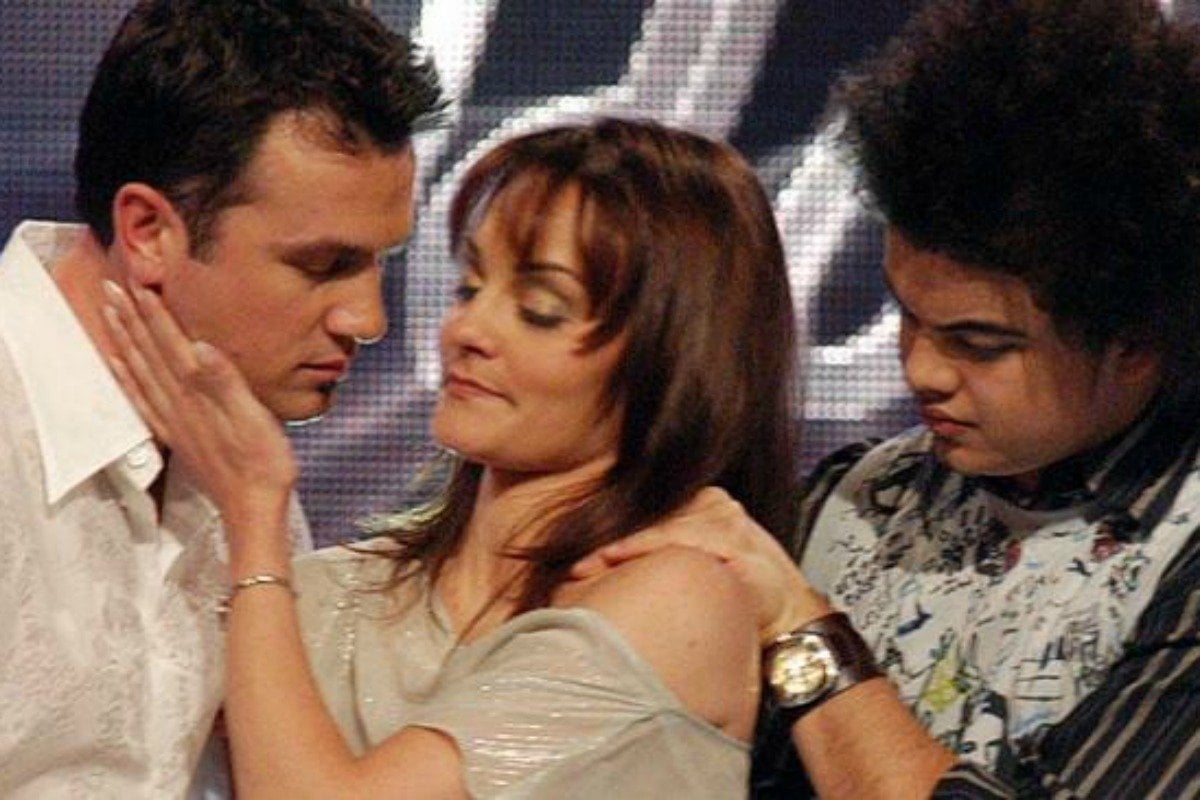 4. That guy who got disqualified.

The drama was so… pure.

Anthony Sumbati was (obviously) on the first season of Australian Idol and when he got through to the top 12, you better believe he got a little too excited.

He decided to do a radio interview with Sydney radio station Mix which went against the rules of his contract.

Dicko had to tell him and it was all just so sad because he didn’t do it on purpose. Ultimately, he was disqualified because the publicity wasn't fair on other contestants and omg remember when reality TV pretended to abide by ethical standards? Seventeen years later and reality TV has descended so far into the pits of hell that you can put someone else’s toothbrush in a dirty toilet and you won’t get disqualified. What happened to us?

5. The gold dress that started an uprising.

Speaking of controversies, one of the biggest was the moment Dicko commented on Paulini's body and Australia didn't like it not one bit.

In 2003, Dicko directed 10 entirely unnecessary words at a 21-year-old Paulini, about an outfit choice she had most definitely not made herself.

“You should choose more appropriate clothes or shed some pounds,” he said, referring to the gold dress Paulini wore while singing 'Survivor' by Destiny’s Child. The live audience booed because they weren’t monsters and James Mathison tried to rectify the situation by saying, “that’s a bit rough isn’t it”. 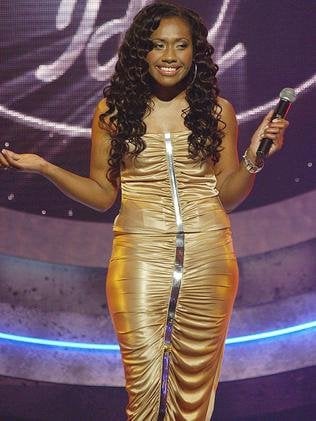 Sir. Her body was just criticised in front of millions of Australians so yes that’s quite.. rough.

Paulini has said since that she went backstage and cried which seems like the human thing to do. Luckily, 17 years down the track, no one ever gives unwarranted commentary about women’s bodies.

You better believe we printed dozens of close-up pictures of Rob Mills off Google images and then cut them out and made them into a collage to paste in our school diaries. Did Mum get us in trouble because we used all the printer ink? You bet she did. We had none left to print out our assignments. But that didn’t matter. Because in 2003, to us, sex looked like this. 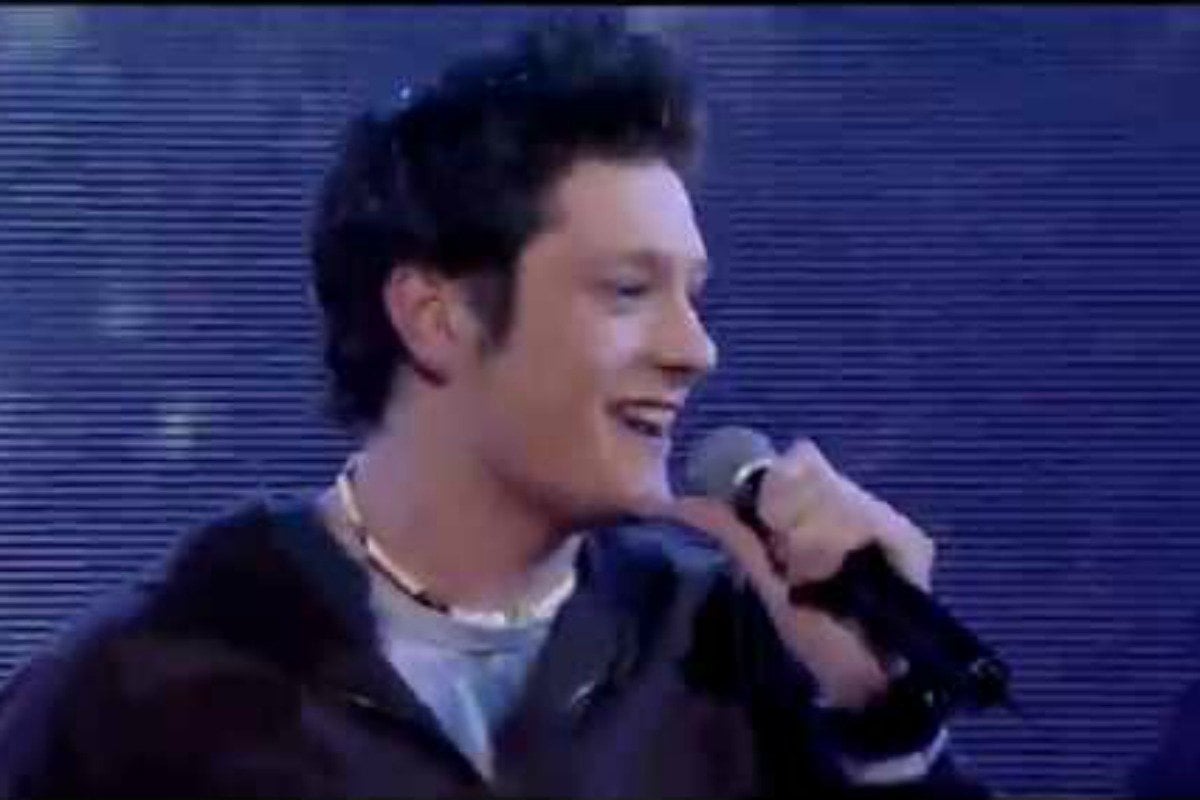 7. Mark Holden gave touchdowns and we definitely didn’t cringe enough at the time??

When Mark Holden gave a touchdown it was a really big deal and then we would deliberate for at least 15 minutes about whether that performance was ACTUALLY touchdown-worthy or not.

The first touchdown ever was awarded to Cosima after she sang Cold Chisel’s ‘When The War Is Over’. She received a standing ovation from all three judges but Mark Holden... Wasn’t. Done. Yet. This performance needed… more.

Without any context whatsoever, Mark did this weird thing where he punched the air and yelled “TOUCHDOWN” and everyone cheered. Then Mark decided it was kind of his thing. He’s said in interviews since “Everyone loved it,” and... did we tho?

Em Rusciano was everything Australian Idol was meant to be about. She was a young mum with no formal voice training and had never sung in public before. Then she just happened to be really good???

Like how did no one notice this when she was singing along to the radio in the car??

Rusciano came ninth after Dicko said she looked like Pauline Hanson "having a night at the bingo" during one of her performances (why didn't anyone... stop him), but obviously Australia never forgot her. She's since had a long career in radio, TV and comedy.

What were your favourite moments from Australian Idol? Let us know in a comment below.

Reply
Upvote
The gold dress was bad! It wasn’t her body that was the problem, it was the dress was ugly. And wardrobe should have put her in something better.
S
sagegal a year ago