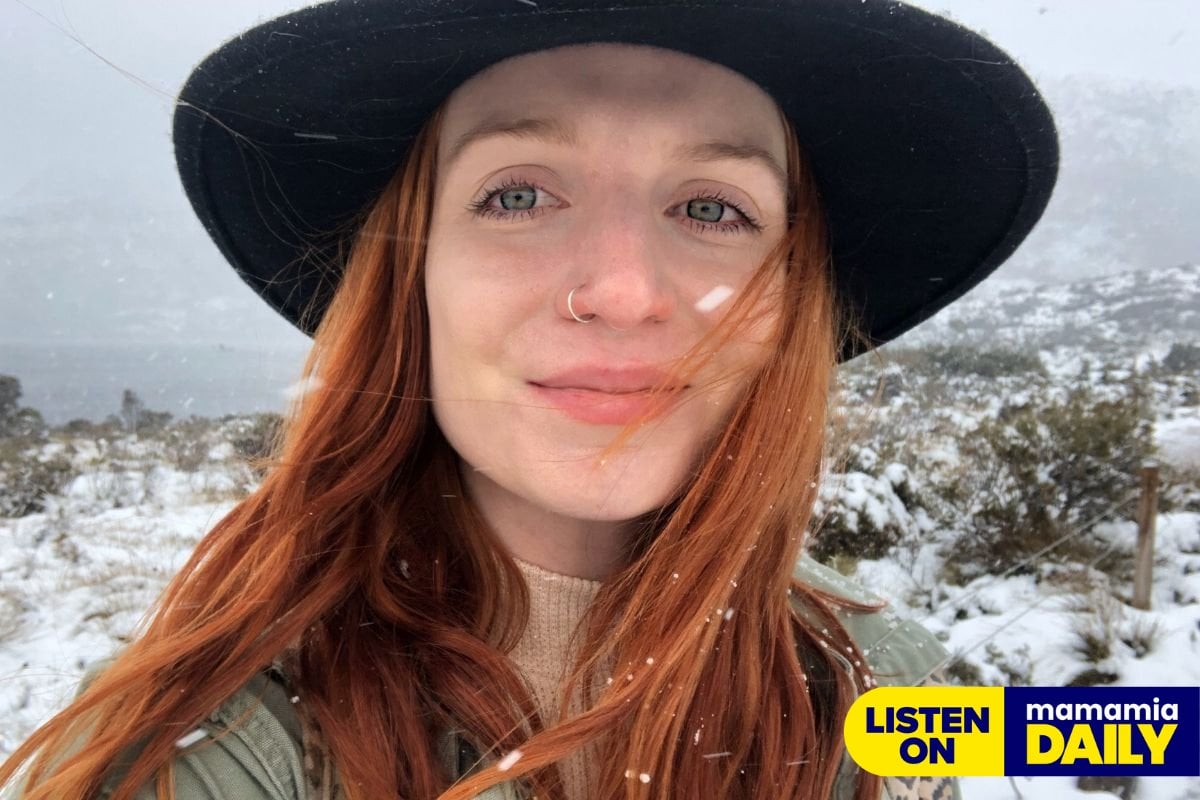 Listen to this story being read by Gemma bath, here.

"Are you pregnant?" the woman asked.

"No..." replied Madolline Gourley, as the female immigration officer at LAX airport did a pat down on her.

"Spread your legs," the woman told her, as she continued her inspection of the Brisbane woman's body.

Once satisfied, Madolline was led back to the airport immigration detention room where she'd just been questioned at length about her reasons for travelling.

Before she entered for a second interview, the woman asked again; "Are you pregnant?"

Once again, Madolline - who was wearing a loose fitting smock dress - replied with a "No."

Then the next question; "Have you recently had an abortion?"

Madolline looked up at her startled. She hadn't. But why did it matter?

As a seasoned traveller, Madolline knows her way around an airport.

At 32, she's spent a large part of the last five years cat-sitting for people around Australia and America, which has allowed her to get free accommodation in exchange for looking after people's beloved felines. 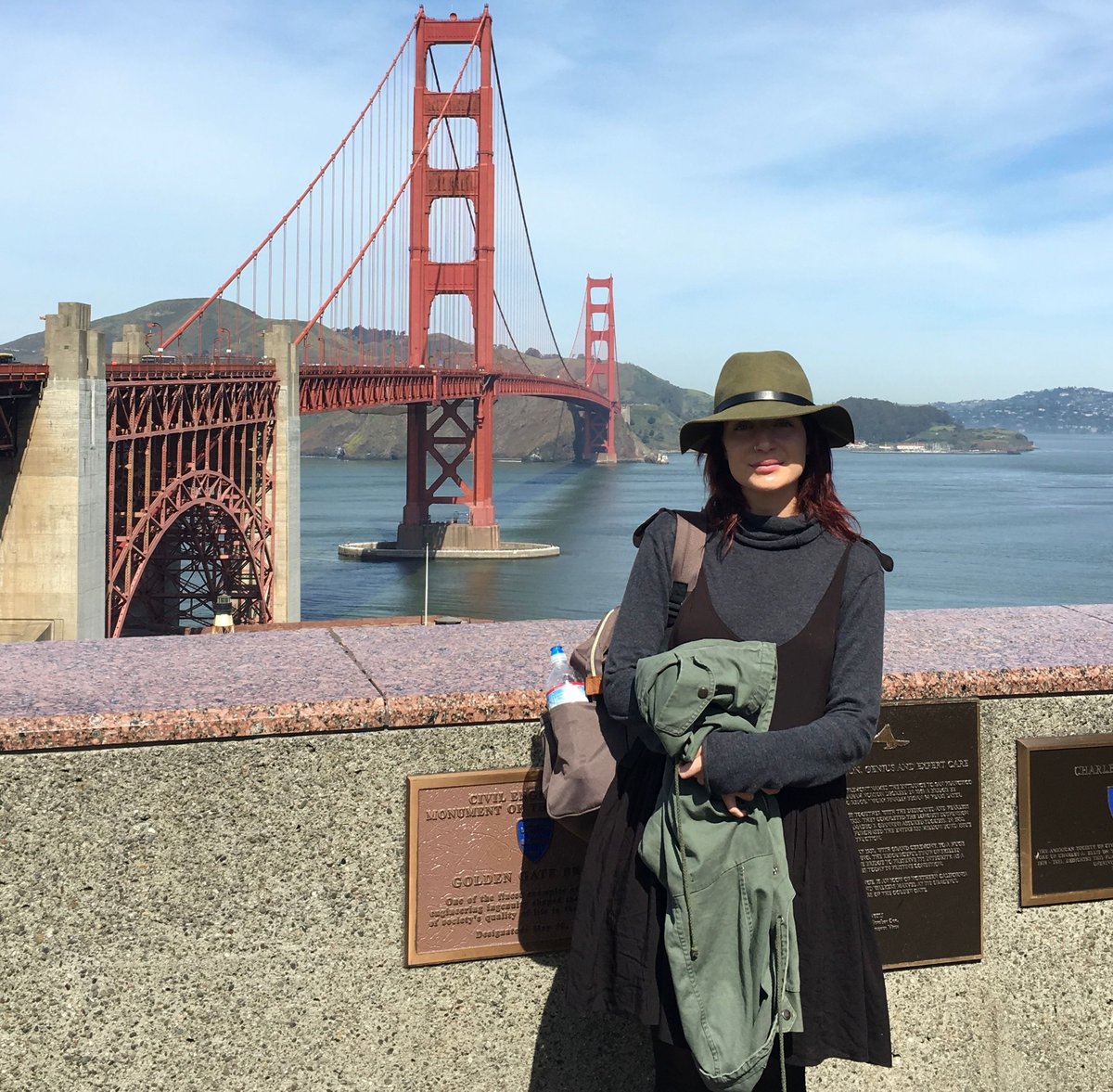 Madolline has spent years travelling around both Australia and the world, via cat-sitting. Image: Supplied.

She's been to Launceston, Darwin and Sydney, and just earlier this year she spent two and a half months cat-sitting in America.

This trip, she was on her way to Canada.

For Madolline, it's the perfect way to travel and experience new places without dropping a cent on accommodation. She doesn't get paid for her services, she just looks after the owners' pets while having access to their properties. It's a win-win.

But while transitting through Los Angeles International Airport on June 30, 2022, Madolline was stopped by immigration.

"Where are you heading today?," she was asked.

"Montreal," she replied. "I am just passing through."

"Can I see your next boarding pass?"

Madolline didn't have it. She was planning to get it once she arrived at the relevant terminal, but she did have her baggage receipt which showed her connecting flights. The man wasn't interested in looking at it.

"You were just here?" he asked her, after scanning her passport.

That was correct. She had only recently been in America for a few months travelling and cat-sitting. But Madolline knew her rights, she left well within the American visa requirements of 90 days.

Next thing she knew, she was sitting across from an immigration officer in a detention room being questioned about her intentions.

At first, it was about the cat-sitting. The assertion seemed to be that she was illegally working on a traveller's visa.

"He would ask the question, 'are you aware this is a form of employment?'... and it's a grey area like it's definitely not paid employment. But as he went on, he was like, 'you're still getting something out of it'. I guess.... but to me employment is you're being paid for your services in cash. And you sign a contract or something... I haven't ever signed a contract," Madolline told Mamamia.

The website she uses, TrustedHousesitters, encourages house sits in countries all over the world. She'd never had an issue travelling abroad before.

But then, the conversation turned to pregnancy and abortion, leaving Madolline confused. Of course she knew about the recent overturning of Roe v. Wade, but she was flying through LA. It wasn't even a state that had subsequently banned abortion, and besides, she was just passing through. Not to mention she is Australian, and can safely and legally access abortion back home if she needed to. None of it made sense.

Listen to Speaker Nancy Pelosi the day the Supreme Court ruling was handed down. Post continues after video.

"[It was] just crazy because they thought I was working illegally. Or am I here to have a baby or an abortion? Which one is it?"

After three hours in immigration detention, Madolline was told her entry was being denied and she was being deported back to Australia on the first available flight.

"I was fingerprinted, photographed, brought out to sign some documents that I asked for copies of and that they didn't give to me. Then I collected my things, and I was walked to the flight," she told Mamamia.

Just like that, she'd lost $3000 of savings, and was headed back to Sydney (not even Brisbane, where she'd flown from).

"There was no point in crying," she told Mamamia. She was too shocked by what she'd just experienced.

Madolline doesn't know if she's allowed to return to America, or if she's been blacklisted. The information has been pretty vague.

But after going public with her story with The Guardian, a woman from the American immigration office contacted her, and asked her why she didn't bring up the line of questioning (about pregnancy and abortion) with someone more senior at immigration detention at the time.

"I didn't, because they weren't listening to anything I was saying...so why would they believe me when I said one of your officers just asked me if I had an abortion?" she said.

Madolline found the whole experience troubling and angering. She felt ignored, misunderstood and says she was made to feel like a criminal.

While she's angry at the US authorities, Madolline's also frustrated that TrustedHousesitters hasn't commented publically on what happened to her since she went public. 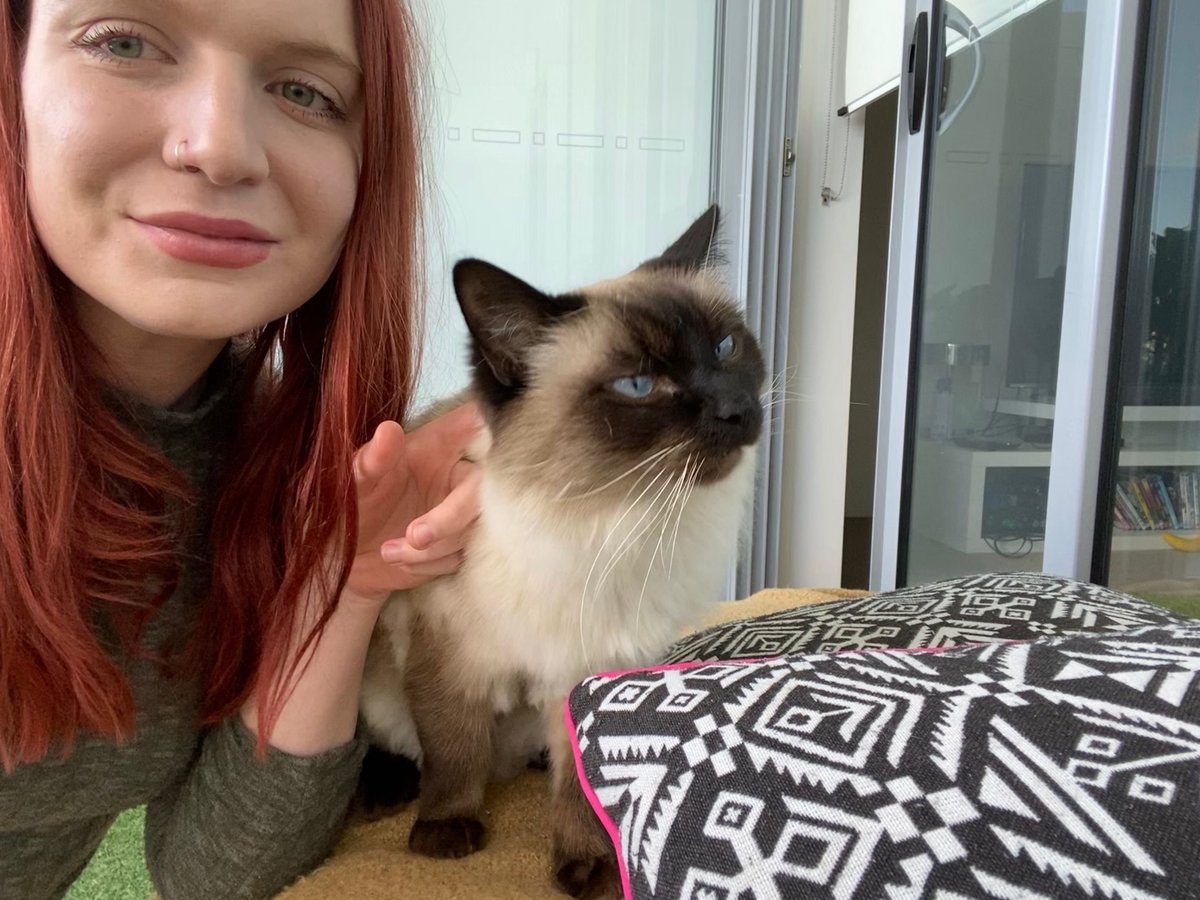 Madolline says US authorities dismissed her reasons for travel, and promptly sent her back to Australia. Image: Supplied.

"There's other people in this situation travelling all over the world, who are unaware that this could happen to them when they take a sit in a foreign country," she said.

As abortion laws take hold in America, some states want to go even further than just ending abortion in their jurisdiction. They want to prevent their citizens from travelling across state lines to acquire them, too.

For Madolline, she's just perplexed as to how questions about abortion had anything to do with her situation at all.

"I just thought, 'What’s the relevance of that to my situation?'" she told Mamamia.

She's still waiting for answers on that one.

Reply
Upvote
Time to boycott the U.S.
A
aladieslabour 23 days ago

Reply
Upvote
1 upvotes
I am curious as to why the US immigration officials thought they had the right to do the job of the Canadian immigration.  The lady stated she was travelling to Canada which, last time I looked at an atlas, WAS NOT A PART OF THE USA, but in fact was and is a sovereign and INDEPENDENT country with its own government.  Meaning that the US had no right to basically tell her that she couldn't travel to Canada.
Unfortunately the only thing I have taken away from this is something I already knew, simply AVOID the US at any cost unless you have no choice.  And whether or not she was pregnant, might be pregnant, had been pregnant, may possibly get pregnant in the future has NOTHING AT ALL DO WITH US IMMIGRATION unless they have decided rather suddenly that they are now your GP or other medical official.
More and more it seems the US is becoming a country to  avoid at all costs.  Much safer that way.
S
snorks 22 days ago