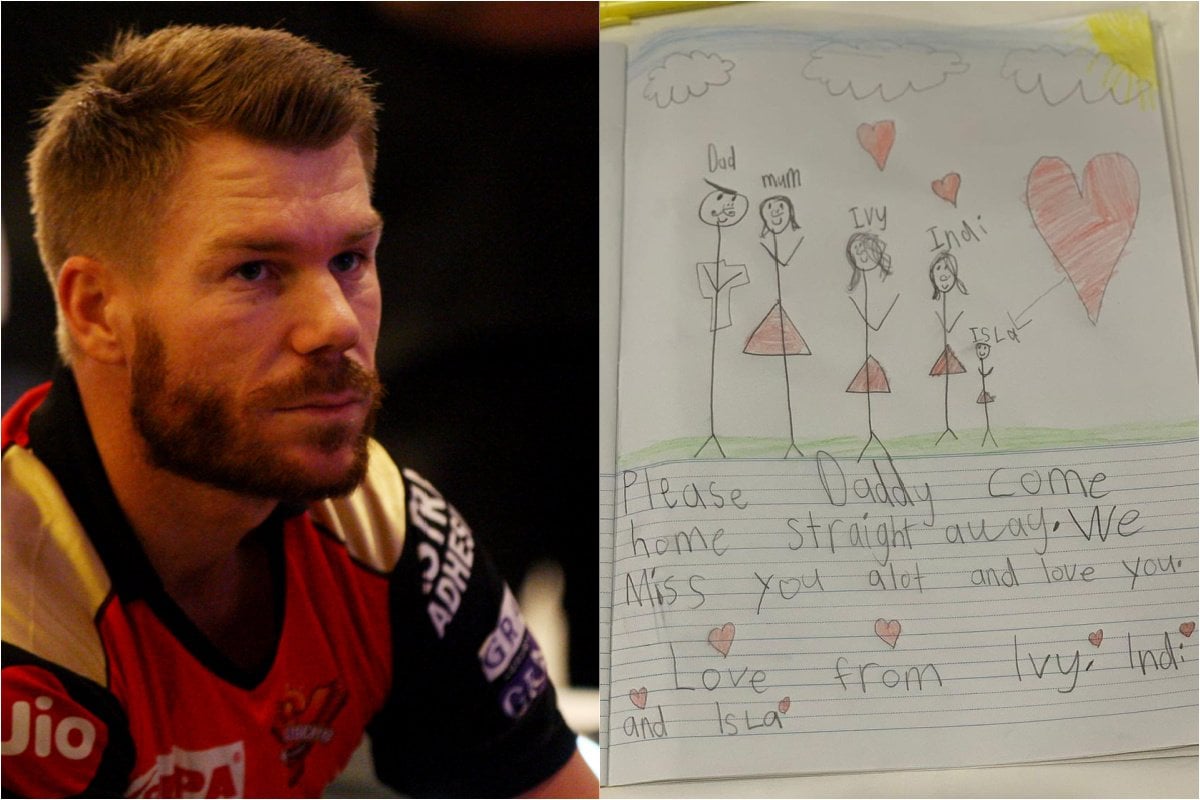 A group of almost 40 Australians involved in the Indian Premier League are stuck in the middle of the world's worst coronavirus wave.

The IPL is a lucrative Twenty20 tournament in India that sees players come from all over the world, and was paused yesterday amid a surge in coronavirus cases and deaths in the world's second most populous country. According to Reuters, India currently has 3.45 million active cases, and recorded 357,229 new infections over the last 24 hours and a further 3,449 deaths.

The isolated Australian players, coaching staff and commentators - including Steve Smith, Dave Warner and Pat Cummins - are among the 9,000 Australians who are desperately trying to get home.

At the moment, no one coming from India will be able to return to Australia before May 15, when the government's temporary ban on commercial flights will be re-evaluated. Anyone breaching the controversial ban faces up to five years in jail or heavy fines.

Watch: Scott Morrison responds to criticism he has "blood on his hands" due to his India travel ban. Post continues below.

The cricketers have been dominating the news - here's everything you need to know.

Australian cricket legend Michael Hussey tested positive for COVID-19 on Tuesday local time, according to The Times of India.

The publication reports he is the first Australian in the IPL bubble to test positive.

The 45-year-old, who is in India working as a batting coach for the Chennai Super Kings, is now awaiting the results of another test to confirm he has contracted the virus. 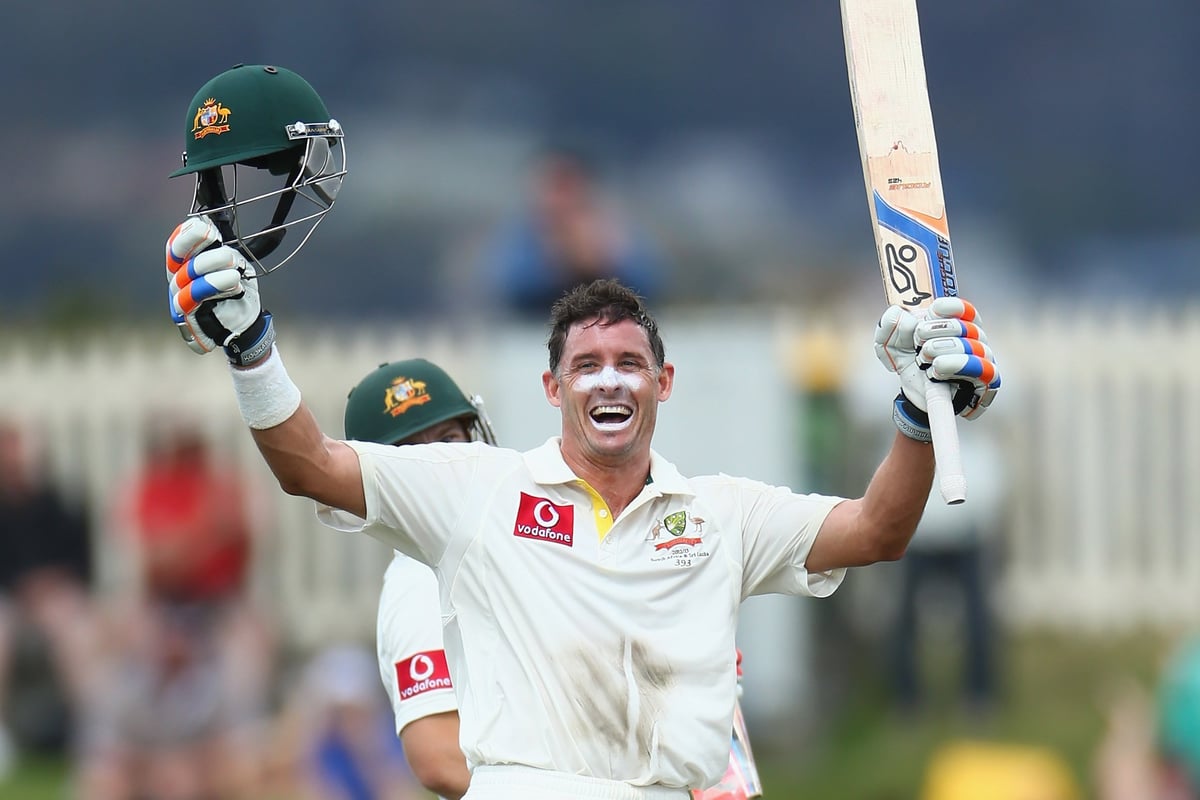 Michael Hussey has reportedly been infected with COVID-19. Image: Getty.  Australian Cricketers' Association boss Todd Greenberg told 2GB on Wednesday morning: "There's a number of mixed messages coming out of India, I haven't had a chance yet to talk to Mike personally, but they'll be up in a few hours over in India so we'll get some clarity on that as soon as we can."

"It's probably not an enormous shock [that] one of our guys was ultimately going to find a positive test once the biosecurity bubble was breached, and ultimately that's why the IPL tournament has now been postponed."

Their message was written next to a drawing of their family, reading: "Please Daddy come home straight away. We miss you a lot and love you."

The girls are at home with their mum, Iron woman Candice Warner.

"Blood on your hands."

Ex-Australian cricketer and now commentator Michael Slater, who has been in India commentating on the IPL but has since travelled to the Maldives, said Prime Minister Scott Morrison had "blood on his hands".

"If our Government cared for the safety of Aussies they would allow us to get home. It's a disgrace," the former cricketer said in a tweet to his 80,000 followers.

"I had government permission to work on the IPL but I now have government neglect," he added.

If our Government cared for the safety of Aussies they would allow us to get home. It's a disgrace!! Blood on your hands PM. How dare you treat us like this. How about you sort out quarantine system. I had government permission to work on the IPL but I now have government neglect

Morrison responded to Slater's comments on Tuesday, telling the Nine Network his remarks were "absurd".

"This is about getting more people home safely, preventing a third wave here in Australia."

The prime minister said the rapid escalation of cases arriving from India put enormous pressure on the quarantine regime but denied it showed the system's weakness.

For the rest of the cricketers who remain in India, the Australian Cricketers’ Association and Cricket Australia said in a joint statement on Tuesday night that they would “respect the decision of the Australian Government to pause travel from India until at least May 15 and will not seek exemptions”.

Reply
Upvote
If we are leaving sports people in other countries now, what does that mean for the olympics? Personally I don’t really care if we have a team but if we are going to send them all there, representing the country and funded by the taxpayer, shouldn’t we commit to bringing them back? If I was an elite athlete I don’t think I’d be taking the risk to represent the country right now.

Reply
Upvote
3 upvotes
@cat The IPL players are not there on behalf of Australia, they're contracted to Indian teams and got there under their own steam.

Reply
Upvote
@gu3st doesn’t really answer the question though, does it

Reply
Upvote
4 upvotes
We are not meant to be travelling O/S. There is a pandemic. People have missed wedding, funerals and families for the last 18months. These people willingly got on a plane and went to country ravaged with COVID. They took a risk, it didn't pay off, they are now facing the consequences. I struggle to understand why we are meant to feel sorry for them. I do feel terrible for the thousands of people who have been trying to get home for months, I don't feel sorry for these guys.
News
General
Opinion
True Crime
Politics
Sport
Explainer
Entertainment
Celebrity
Reality TV
Movies
TV
Books
Rogue
Royal
Lifestyle
Beauty
Fashion
Weddings
Home
Wellness
Health
Fitness
Travel
Food
Parents
Before The Bump
Pregnancy
Baby
Kids
Teens
School
Parent Opinion
Work & Money
Money
Finance
Career
Lady Startup
Relationships
Sex
Dating
Separation
Friendship
Family
Real Life
Couples