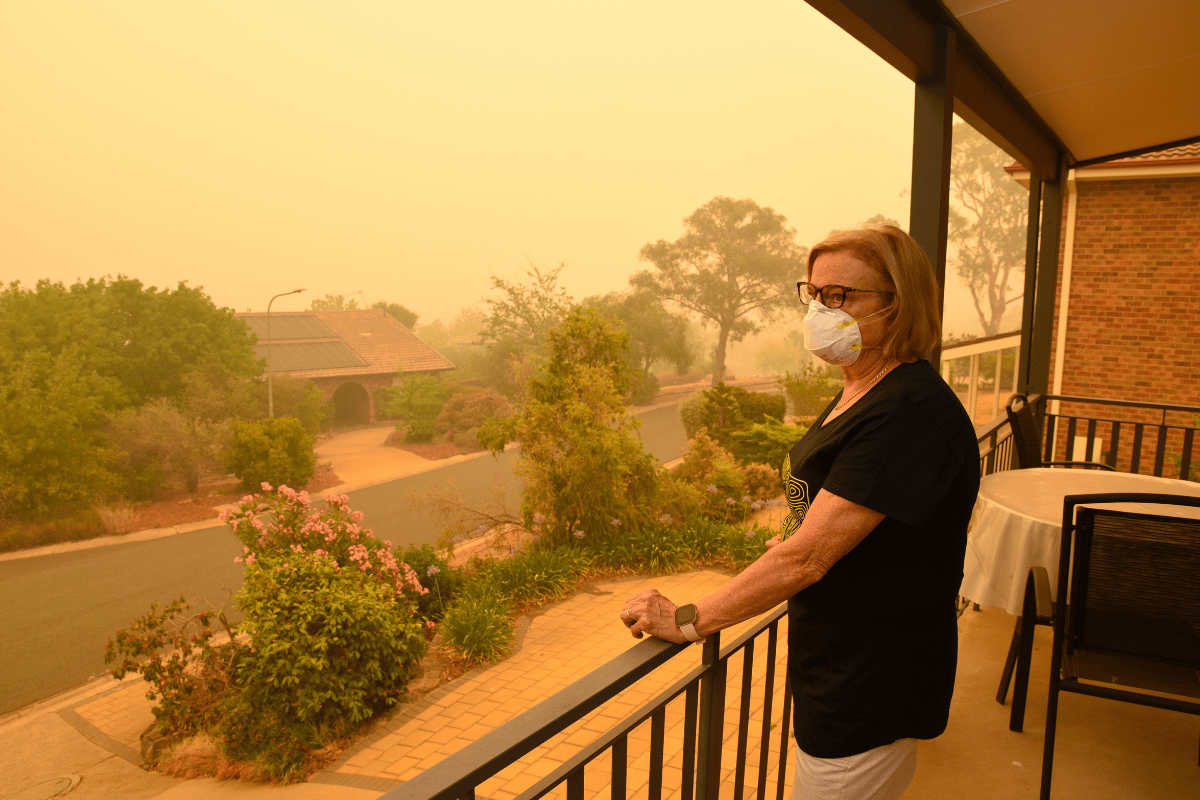 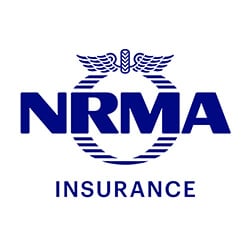 Thanks to our brand partner, NRMA Insurance

It was a pivotal moment in Australia’s history. The Black Summer bushfires which burned through some 13 million hectares of NSW and the ACT, destroying lives and homes in their wake. And while the fires are out, the invisible fires still burn.

The human impact of this catastrophic natural disaster is still being felt by many communities one year on.

The Lifeline Australia Dedicated Bushfire Recovery Helpline still receives over 400 calls per day, illustrating the ongoing mental health battle many Aussies are facing to curb the invisible fires that still rage inside them.

This continued need for support has led NRMA Insurance to partner with Lifeline Australia and Australian musical royalty Julia Stone, to try and put into words the lasting consequences of Black Summer.

Stone's bush poem, ‘Next To Me’ sheds light on the ongoing mental health trauma experienced by people impacted by the Black Summer bushfires and aims to reassure those who are struggling that help is still available. The poem is personal for Stone, who volunteers as a trained mental health counsellor.

To illustrate this evocative poem, NRMA Insurance collaborated with Julia Stone to develop a mesmerising video titled 'Invisible Fires'. Beginning as an MRI scan, the brain dynamically morphs in response to Julia’s words, to metaphorically highlight the overwhelming negative mental impact this catastrophic natural disaster has had on so many Australians.

Award-winning Australian folk singer-songwriter and poet, Julia Stone, said: “As I wrote in my poem, ‘You all saw it on the TV, but it was burning right next to me’. I want to highlight that it’s important we don’t forget about those who have been physically and mentally affected by the Black Summer bushfires, even though the world has moved on as we grapple with the effects of a global pandemic.”

“We all saw it on the TV, but it was burning right next to me.”

Living in a coastal town surrounded by fires burning, but thankfully removed from direct threats, I remember spending my days with one eye on the ‘Fires Near Me’ app, and refreshing the notice board used by my kid's primary school to convey important messages to parents.

The threat hadn’t been allowed through the door but it lingered on the doorstep, and we felt the strings of anxiety pulling at us.

We formulated evacuation plans and attended town meetings for "just in case" scenarios. And we were the lucky ones. For those in bushfire-impacted areas or areas at heightened risk, the fire threat quickly became reality. 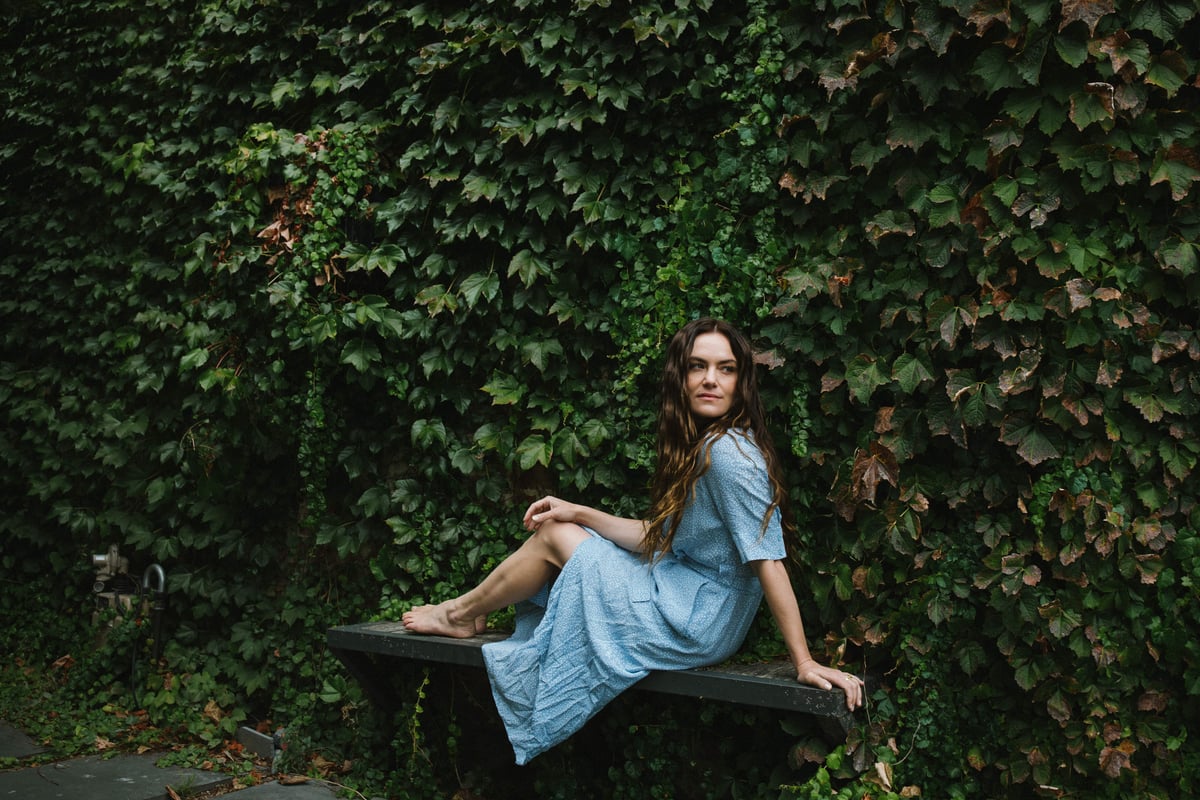 As the threat level escalated, many Australians spent weeks on high alert, playing a never ending waiting game to see whether they’d be the next town told to pack up and evacuate immediately.

That ongoing level of panic, of existing in ‘fight or flight’ mode for days and weeks, has a huge impact on our mental health, leading to increased levels of chronic stress and anxiety.

And these two states of being are an exhausting place to inhabit. Lifeline Australia reports that high levels of stress can lead to everything from tiredness and interrupted sleep to chest pains, poor concentration, indecision and nausea as our brains and bodies struggle to manage the heightened levels of panic.

“There’s nowhere to hide from that time and this place.”

For many Australians, the Black Summer bushfires hit them in the place we are supposed to feel the safest; our homes.

Australians were stripped of not only their physical possessions but of the very structures that housed precious memories and told life stories.

Businesses and livelihoods were taken in the space of minutes. And we all watched on with our hearts in our mouths, wondering how we could fight back against something so powerful.

As the fires continued to rage, Lifeline Australia received a 15% rise in calls as survivors grappled with the realisation of what was being taken from them, and how they were going to move forward with their lives.

According to John Brogden, Chairman of Lifeline Australia, natural disasters like bushfires are extremely challenging for the people directly affected.

“Our Bushfire Recovery Helpline, 13HELP is still receiving up to 400 calls a day. The crisis may be over, but the enormity of the recovery is ongoing. Many people won’t experience trauma for months, even years to come and Lifeline will be there for them 24/7.”

“Julia Stone’s heartfelt poem will help people know that they do not need to suffer in silence. NRMA Insurance and RACV’s generous donation will enable us to extend our essential services for those mentally struggling from the Black Summer bushfires and other natural disasters including floods and COVID-19.”

The stress caused can lead to feelings of burnout with physical, mental and emotional exhaustion. Some people can manage the stress but for others, it may be difficult to cope.

“I needed help, I reached out and you were there.”

In response to the increased need, Lifeline Australia launched the dedicated Bushfire Recovery line, to help provide support to Australians who are feeling the mental affects of natural disasters.

The impact of those natural disasters however is ongoing, with the Bushfire Recovery line still receiving hundreds of calls every single day. This is why the NRMA Insurance and RACV have stepped in to donate $2 million to Lifeline Australia to help provide ongoing mental health support via video counselling support and community resilience initiatives in bushfire affected areas.

IAG Executive General Manager, Luke Gallagher, said: “We received more than 12,700 claims related to the Black Summer fires, and I know many of our people were brought to tears hearing the experiences customers shared with them.”

“While most Australians saw the devastation of the bushfires on their screens, as an insurer we also see that the emotional toll on our customers and their communities goes beyond the physical damage to homes, businesses and wildlife.”

“We teamed up with RACV to make a two-million-dollar donation to Lifeline Australia to help extend Lifeline’s tele-health services and to help create local support networks that provide tailored community resilience training to people impacted by the bushfires. This beautiful poem is a reminder that help is still available,” Gallagher continued. 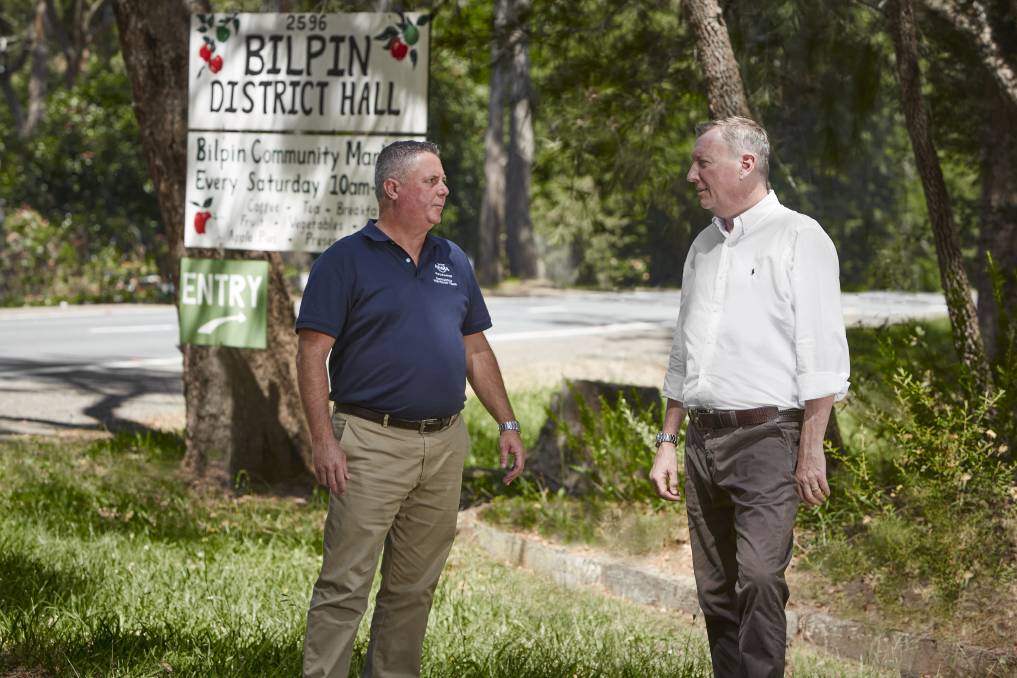 John Brogden, Chairman of Lifeline Australia, and Luke Gallagher, Executive General Manager of IAG, surveying the town of Bilpin one year on since the Black Summer bushfires. Image: Sue Stubbs.

As Lifeline Australia notes, reactions to a traumatic event are often more intense in the first weeks following the event and usually ease over time though media coverage or alerts about similar events, anniversaries or experiences. Associated smells or visual scenes can also trigger a heightened sense of anxiety that may be out of proportion to the immediate danger.

The healing process is a long one and not necessarily linear, which is why support throughout this period is so critical.

For those Australians experiencing the ongoing impact of Black Summer or any natural disaster, the Bushfire Recovery line is there to support and guide you through the trauma. The line is available 24 hours a day / seven days a week via the 13 HELP (13 43 57) for the Bushfire Recovery Line or directly via Lifeline at 13 11 14.

Because you don’t have to do this alone. Help is still available.

NRMA Insurance is one of Australia’s most trusted general insurance providers – helping people protect the things they care about since 1920. It has a long proud history of working with communities to build their resilience against severe weather and keep people safer on the road. Almost three million customers across NSW, Queensland, ACT and Tasmania choose NRMA Insurance to protect their homes, vehicles, businesses, motorcycles, boats, pets and travel.