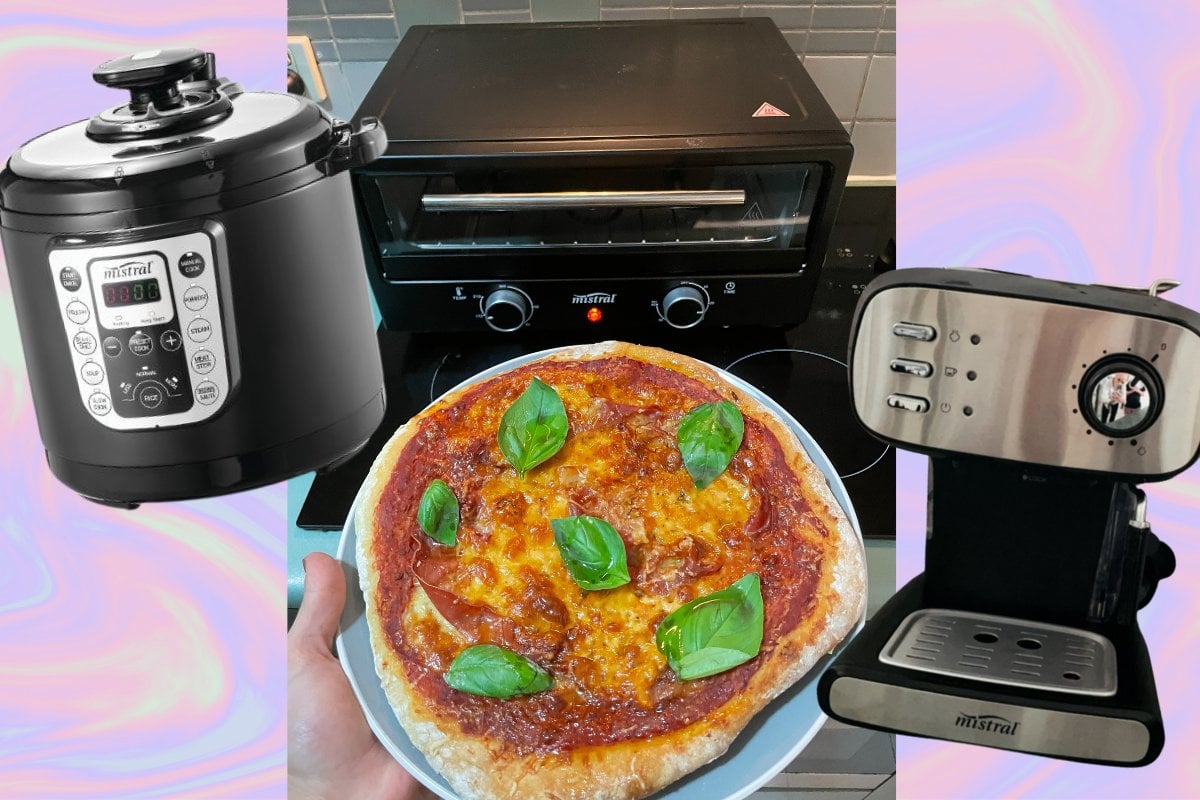 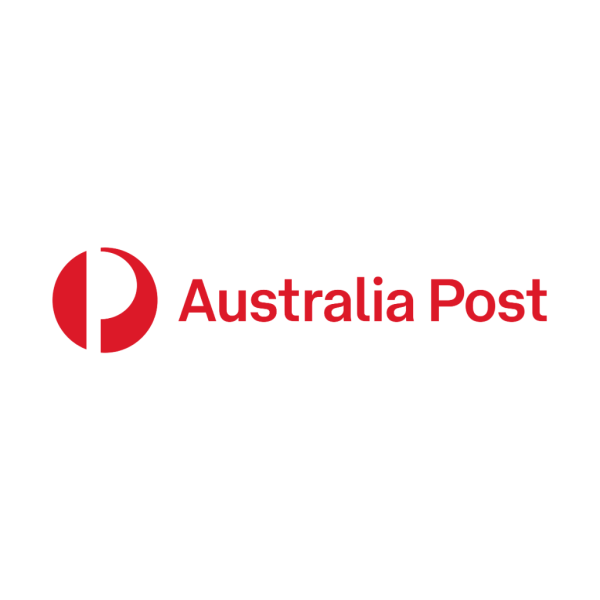 I would have loved to open this to say that I have a Pinterest worthy pantry and the kitchen of your dreams, but the truth is, I... don’t. I have one tiny cupboard that I stuff all our ‘pantry’ food into, and a few other small cupboards that consist of a combination of pots and pans, plates and a few other appliances.

I have always dreamed of having a nice kitchen, full of fancy appliances that match. But it always just seems so damn EXPENSIVE. Why does being an adult cost so much money?! Appliances are one of those things that are SO handy to have, but often cost an arm and a leg to buy.

Then it came to my attention that you can get a bunch of pretty cool appliances from Australia Post. I know. The Post Office? I was impressed too. But I promise you, they are legit, they’re affordable AND they look nice.

To see what they’re really like, Ellie, myself and Emily put three appliances to the test: a pizza oven, a coffee machine, and a pressure cooker by Mistral.

“If there’s one thing we all learnt in the last year, it’s that when we’re in times of trouble - we turn to carbs. Whether it’s the sourdough making obsession of 2020 or the newly found love of #fetapasta - we know that carbs will be there for us when the world is uncertain.

I’ve recently tried out a new kitchen appliance, that makes the facilitation of the cooking of the carb → to my mouth - more efficient than ever.

Yep, it’s a literal pizza oven. Like those giant woodfired ones you see at Italian restaurants. Only mini - and way more portable. 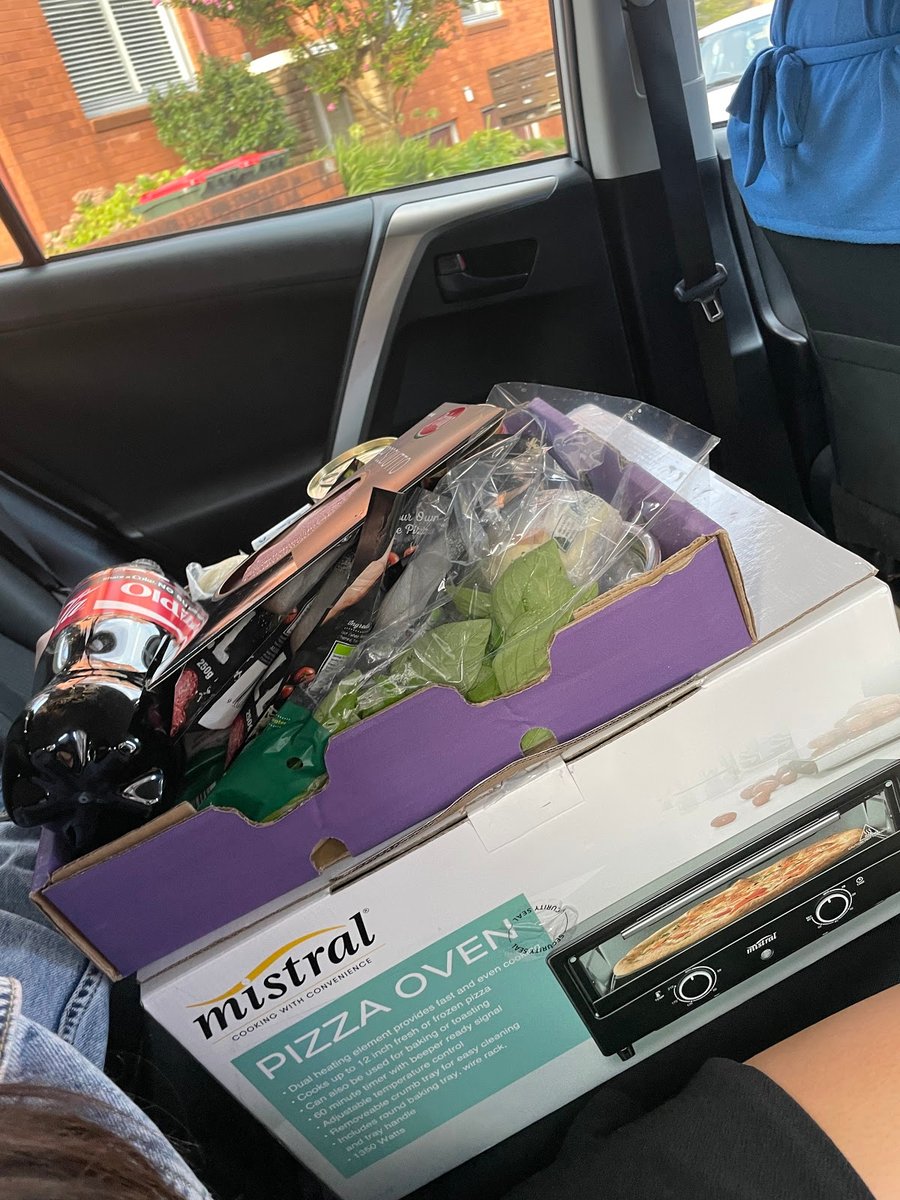 My Uber guest didn’t even split the fare with me. So rude. Image: Supplied

See! It’s so portable that I took it with me as a passenger in my Uber to my boyfriend’s house. I sprung it on him like “Hey I’m coming over for a pizza night, get ready” - which honestly, was music to his ears.

After prepping all the ingredients and setting up the oven (read: plugging it in), it was time to assemble the pizzas. 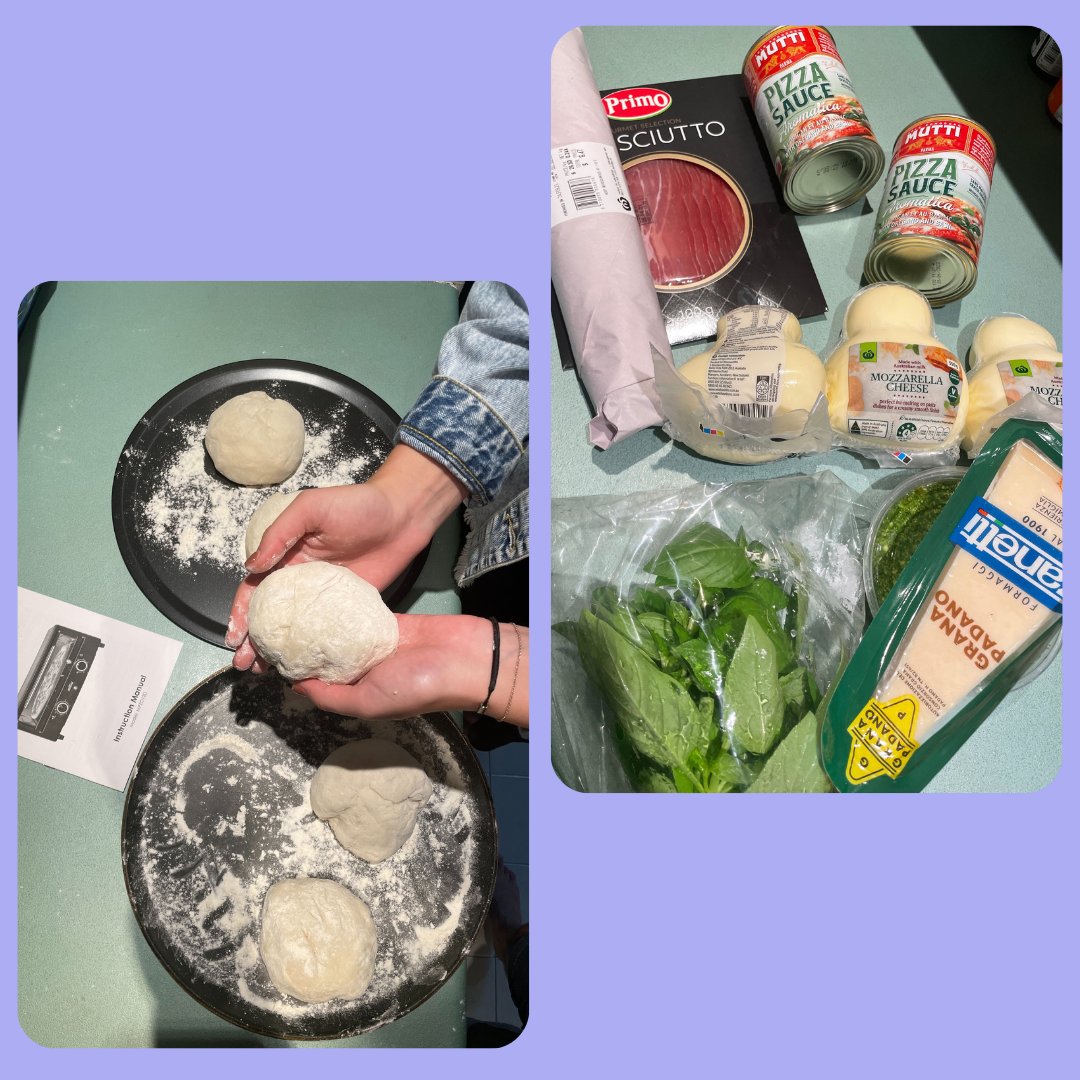 When it was time to cook the pizzas, all I had to do was turn one knob to the temperature I wanted (I chose the hottest one, for that woodfired effect) and then set the timer. I thought it was really great that the oven heated up straight away, no waiting around. 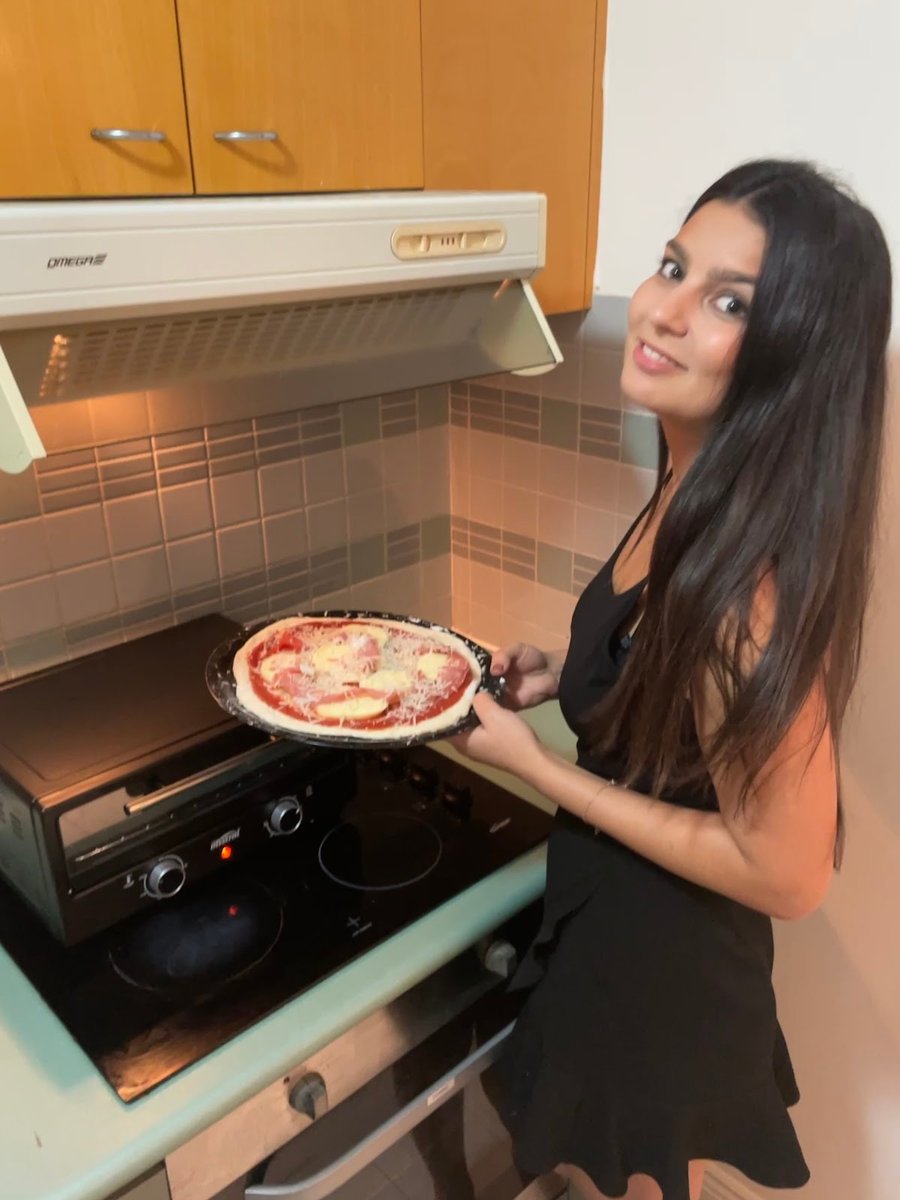 The eyes of anticipation. Image: Supplied.

While it cooked, I prepped the other pizza bases and then I heard the pizza oven go 'bing' to tell me it was ready. It will also automatically turn off when it’s finished - which is a nice touch and very safe. I love how it has a clear screen too so you can watch the pizza and make sure it doesn’t burn. 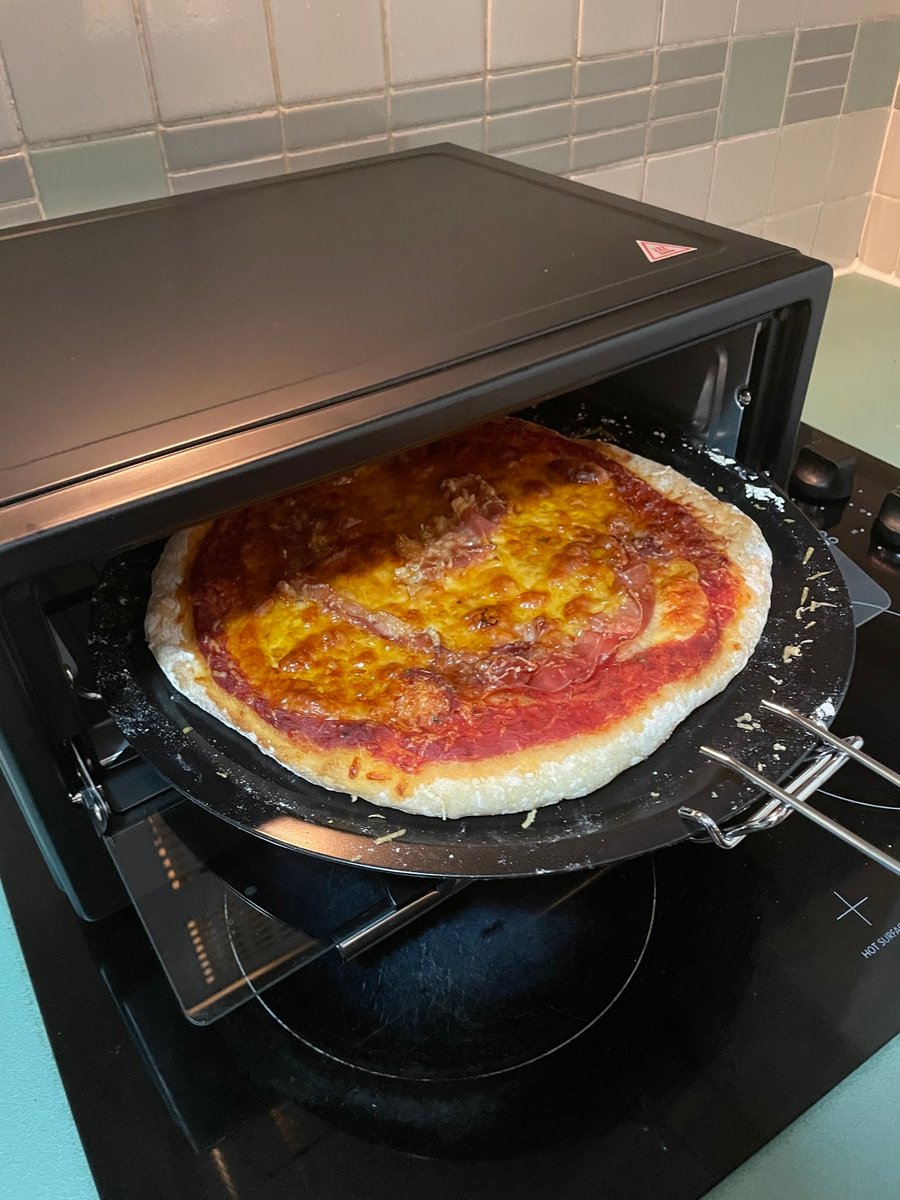 The finished product exceeded my expectations and I could not believe how good it made the kitchen smell. The whole process was super easy and quick and my favourite part was there was no waiting around. The pizza was cooked perfectly, the base was crispy but still chewy and all the ingredients on the top were perfectly melted.

All in all, I really love this product. It’s super portable - so would be great if you don’t have an oven or you have a small kitchen. It also looks super chic and it sounds so luxe telling people ‘yeah I have a pizza oven’. Trust me - they’ll want to come over for a DIY pizza night in no time.” 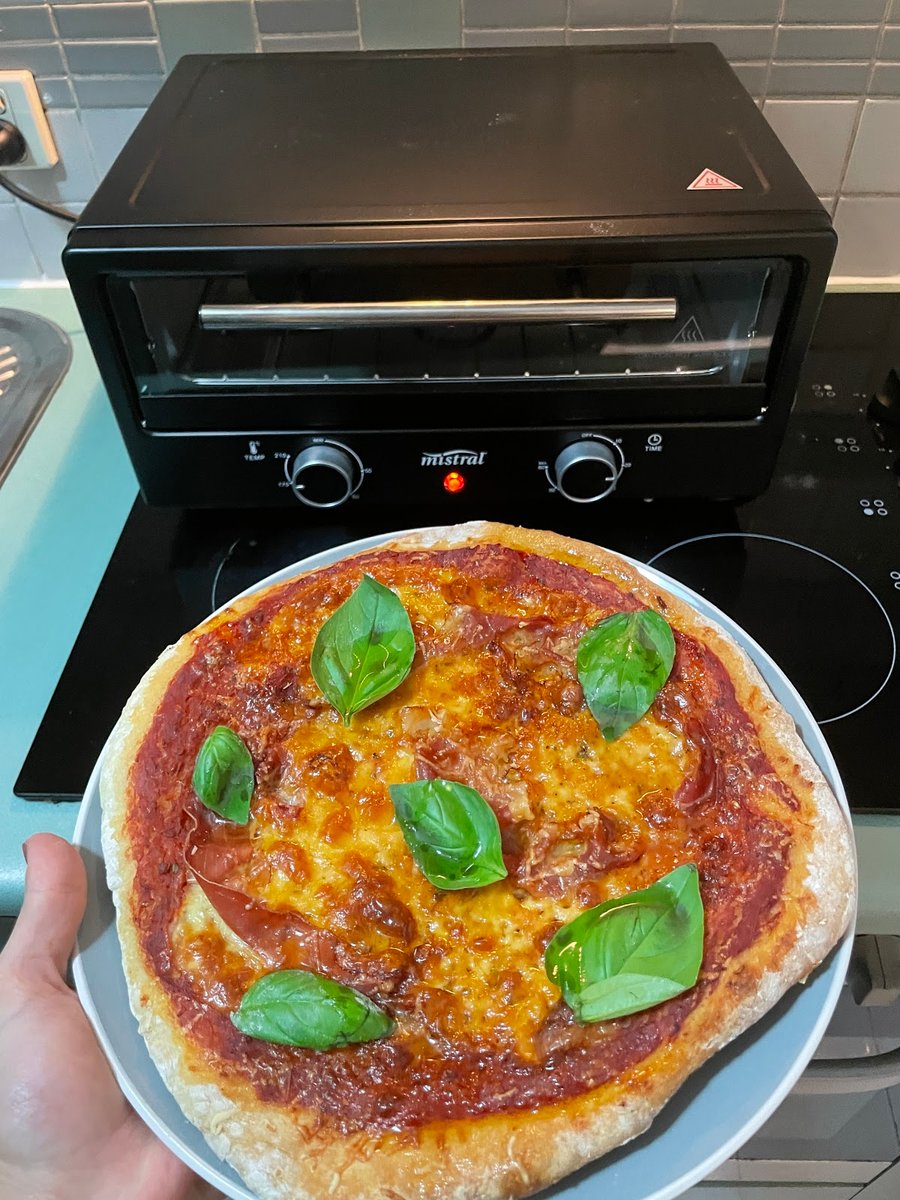 Second, I trialled the Mistral Coffee Machine ($99). I just moved house and have been on the hunt for a quick and easy way to make coffee from home. I am a coffee fanatic, and have been buying them on my morning walk… but I promised myself this year would be different. Enter - the coffee machine. 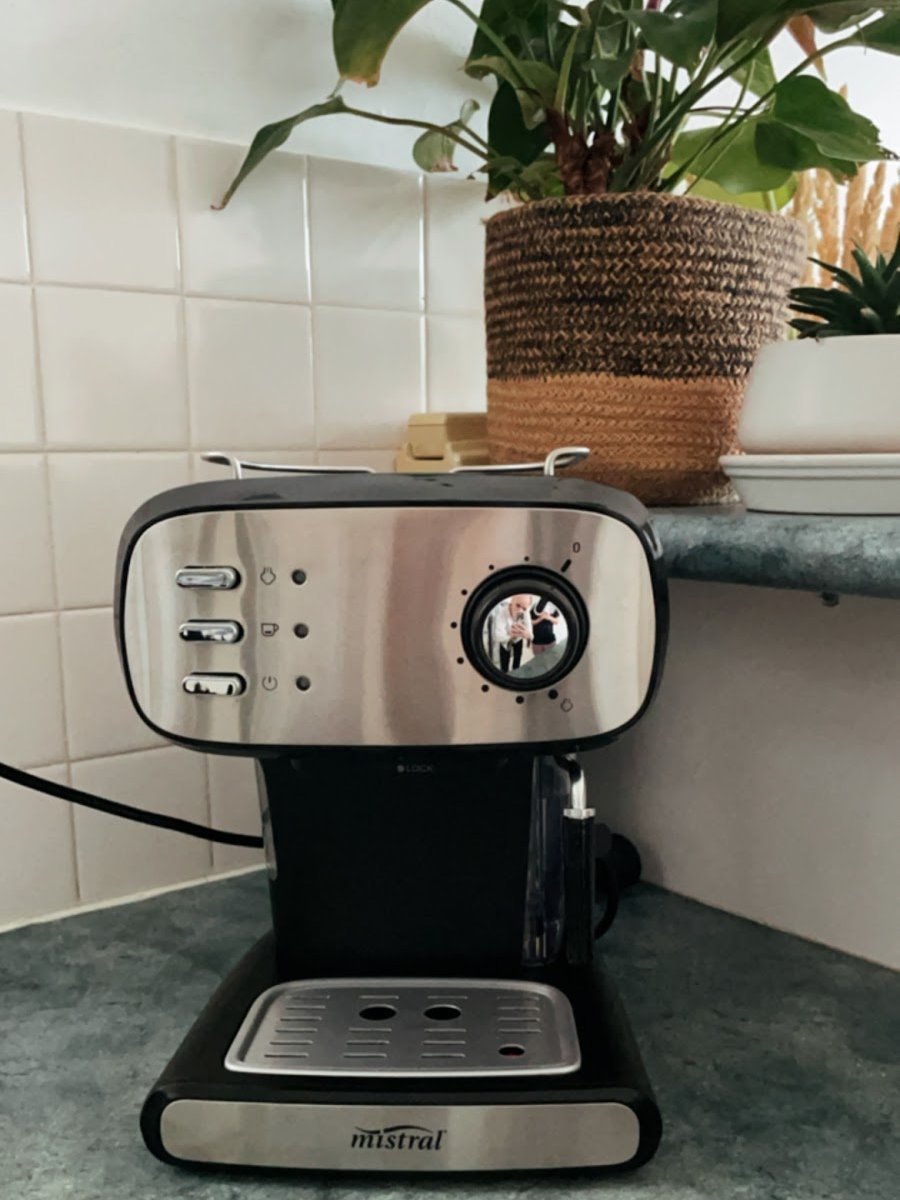 It’s really nice and sleek looking, like a little black robot - so it goes perfectly on my kitchen bench. I won’t lie, I’ve never used a coffee machine before so I was a little bit nervous. But this little machine makes it SO EASY. You plug it in, pop the coffee in the coffee filter holder and heat it up, and it even has a little cup warmer on top. Once it’s nice and warm you literally just press a button, and out comes your delicious morning brew. It’s so fast, and the quality of the coffee is really good!

I like to make a long black, but the machine also comes with a milk frother that I tested out. It was quick and easy to use, and made it feel like I was having a cafe standard coffee but at home. 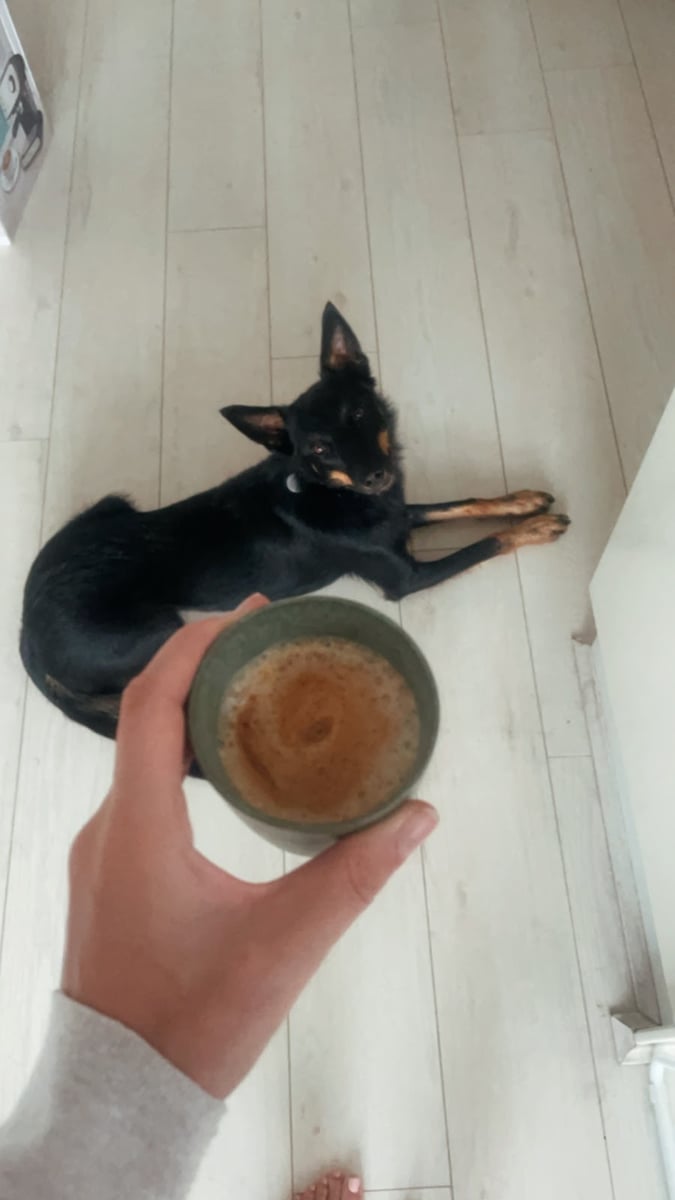 I will definitely be using this coffee machine every day from now on. I am so impressed with the quality and for under $100, it’s a really good deal. In no time I’ll be serving up coffee art like this:

Finally, Emily tried the Mistral Multifunction Pressure Cooker ($79). This is what she had to say:

“Recently living alone, there’s one thing that I hate doing: cooking. However, I know that it’s important. The Mistral Multifunction Pressure Cooker has been the best investment that has saved me so much time and energy in the kitchen.

"Since moving out of home, one of the things that I crave the most is my grandmother's cooking. My grandmother makes a beef chili that honestly comforts the soul. I've never attempted to make it before because it’s a pretty lengthy process and I didn't think I had the patience. It wasn’t until I began using my pressure cooker that I realised how much easier it is to cook the meals that I have always wanted to eat.

On the stove, the chili takes around two hours to cook. Using the pressure cooker, it cut the cooking time in half AND I didn’t need to be present during the entire process. I quite literally just had to chuck all the ingredients into the pot and let it do its thing.” 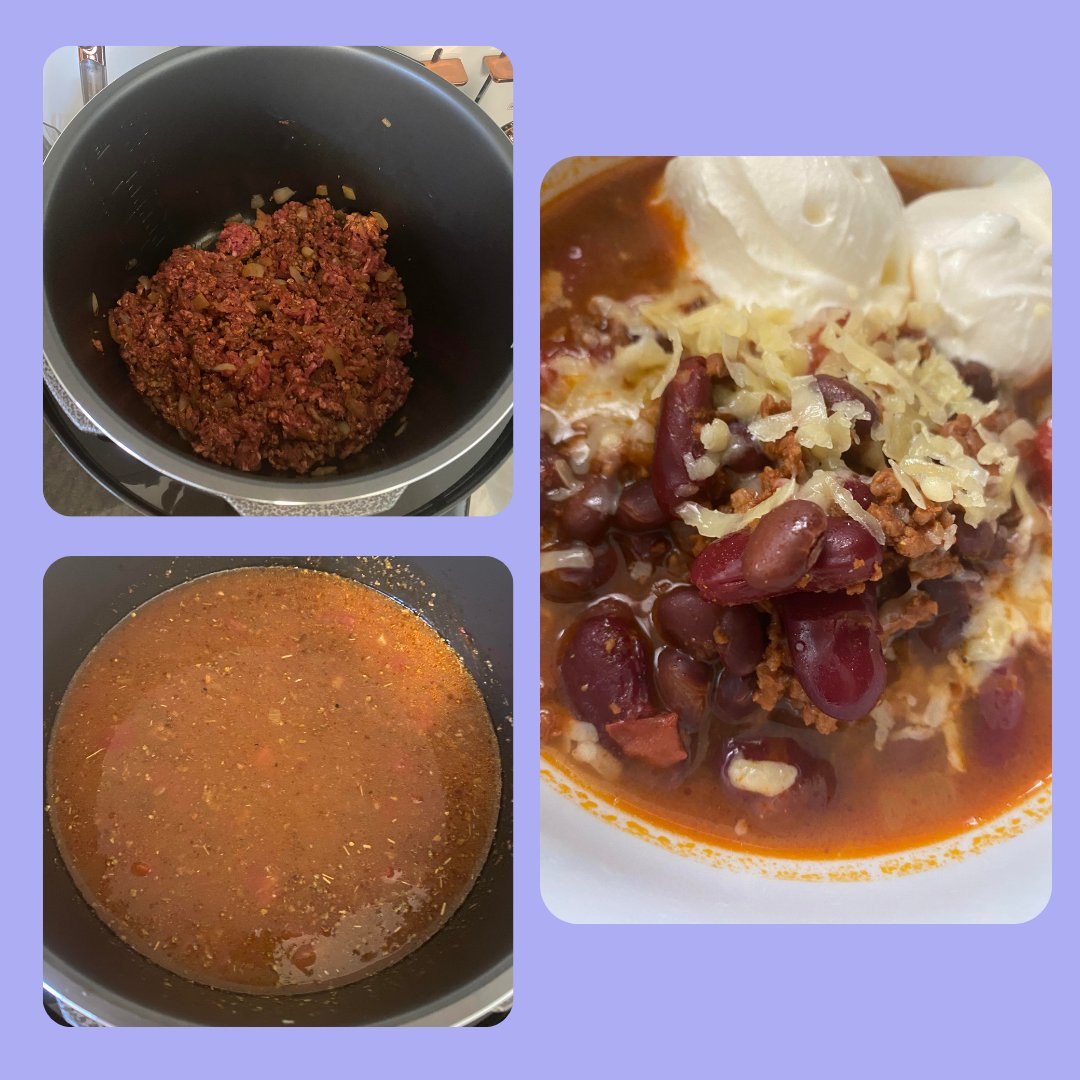 Not only has my pressure cooker made the cooking experience 10x better, but because it has such a large capacity, I was able to make one meal that lasted me two weeks.

Although it doesn’t look as appetising as you think, I promise that this chili tastes like heaven and a warm hug all in one. 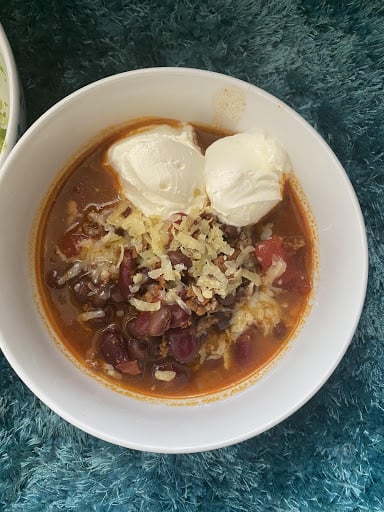 We will now be off enjoying pizza, drinking coffee and eating chilli for the rest of the week. Bliss.

No matter how unexpected, Australia Post has that kitchen appliance you didn’t know you needed. Go to their website for more.

Switch on with Australia Post. From airfryers to stand mixers, books, gifts, toys and more, we've got you covered. Plus enjoy free delivery Australia wide.