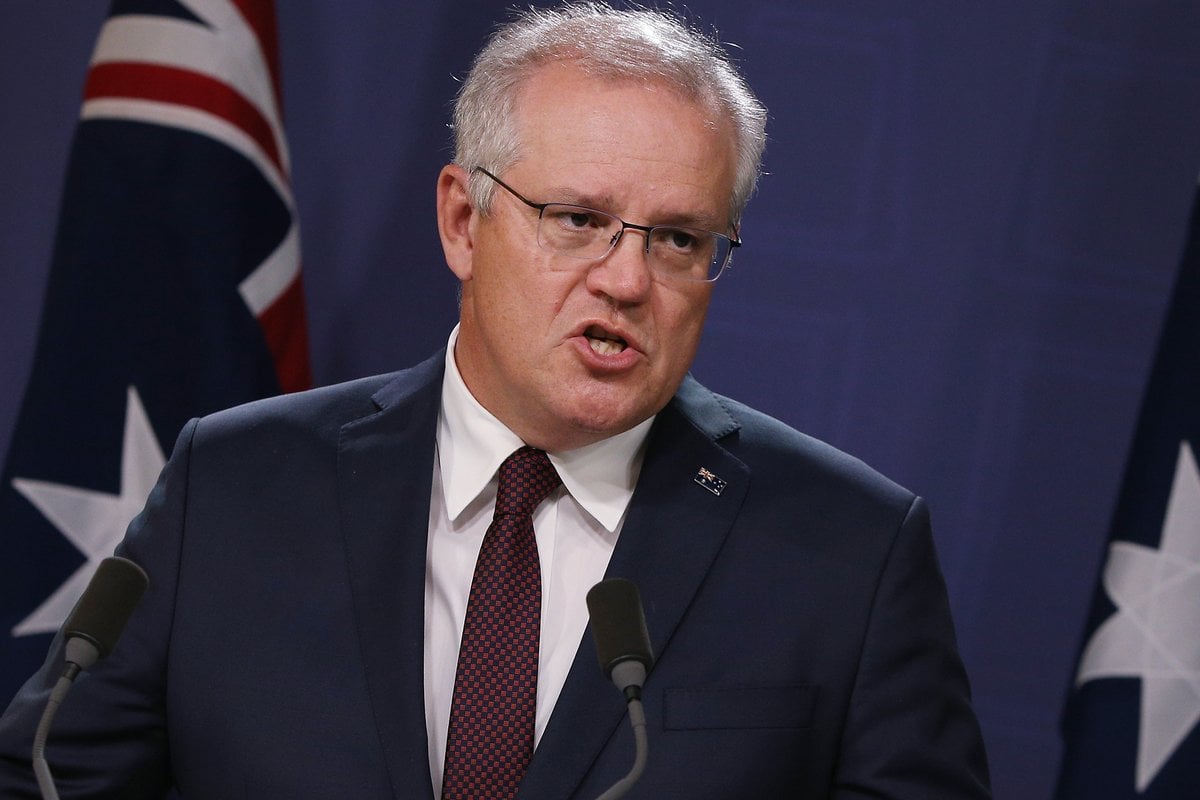 Australian state borders to be open by Christmas.

Speaking to the National Cabinet on Friday afternoon, Prime Minister Scott Morrison has announced that seven of Australia's eight states and territories will be open by Christmas.

"We agreed in principle with the reopening framework for Australia by Christmas," Morrison said.

"By Christmas of this year, certainly seven of the eight states and territories will be open and you never know, it might be eight."

Western Australia has so far refused to be a part of the reopening plan due to economic concerns.

The precise timings of when states will open their borders will be up to the individual state governments.

Morrison singled out the NSW government for its world-class contract tracing system, which has been instrumental in containing the spread of COVID-19.

"The work that we are doing with those tracing regimes is to ensure they do remain match fit," Morrison said.

"So that if things were to occur, if there was an outbreak that we can move quickly so that out break can be contained."

Australian Federal Police have busted a paedophile ring operating in every state and territory in the country except for the Northern Territory, arresting a total of 44 men aged between 19 and 57 over the course of a year-long investigation.

A total of 350 charges have been laid, with six children removed from harm in Victoria, six in South Australlia, one in NSW and one in the ACT.

Some men were abusing children themselves and sharing the videos online, others are accused of sharing videos showing girls as young as 18 months being raped and tortured.

Some of the material includes footage produced by Australian paedophile Peter Scully who is in prison in the Philippines.

Operation Molto was formed by the AFP late last year after a tip off from a US intelligence agency, with hundreds of police and specialists from around the country involved in the ongoing operation.

Australia Post says it will fully cooperate with an investigation into the decision to give four $3000 Cartier watches to senior staff as a reward for a deal to do banking in post offices.

Group CEO and managing director Christine Holgate will stand aside during the investigation, triggered after Prime Minister Scott Morrison was informed of evidence given at a Senate estimates hearing on Thursday.

Rodney Boys, the chief financial officer of the government-owned business, will act in the role during the investigation which will be conducted by the federal communications and finance departments, supported by an external law firm, and take four weeks to complete.

Mr Morrison said the gifts were disgraceful and appalling. 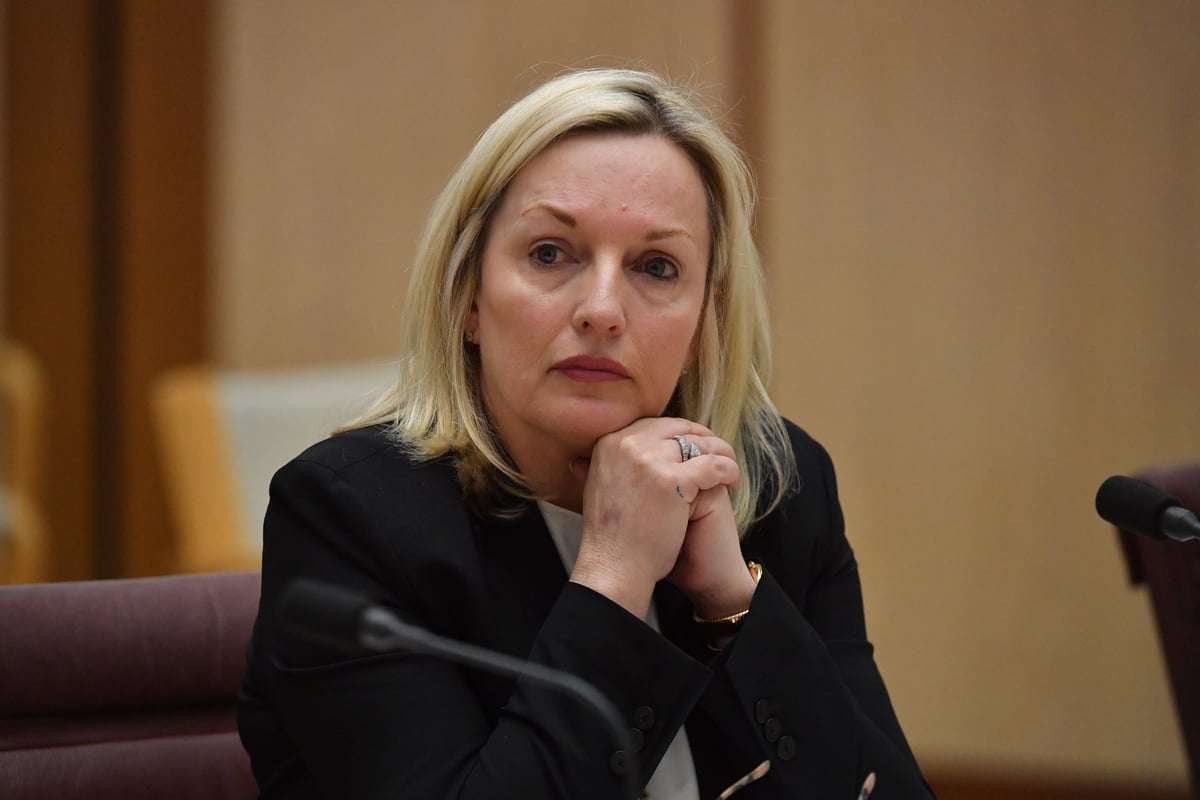 The prime minister has furiously called for Christine Holgate to stand aside. Image: AAP Image/Mick Tsikas.

"She's been instructed to stand aside and if she doesn't do that, she can go," he told parliament.

Performance bonuses worth almost $100 million and posties speeding on footpaths because of soaring workload were also scrutinised.

More than $60 million flowed to 2500 employees involved in the corporate incentive plan ranging from senior staff to general managers.

A further $21.6 million was "thank you" payments for frontline workers including posties, drivers and processors, while $5.6 million was spent on gift cards for contractors and licensees.

175 Australians stranded overseas for months will arrive in Darwin around midday today in the first of eight repatriation flights from around the world.

There are 30,000 Aussies trying to get home at the moment, but due to the federal government's flight caps, have been unable to get here.

People in the UK who have been identified as "vulnerable" by the Department of Foreign Affairs and Trade (DFAT) have been prioritised for the flight.

Future flights will be bringing people home from India and South Africa.

NSW residents can look forward to a string of easing COVID-19 restrictions, with more people to be allowed to attend places of worship, gather outdoors and book at hospitality venues.

Thirty people will be allowed from Friday to gather outdoors (up from 20), group bookings at hospitality venues will be extended from 10 to 30 people and up to 300 will be allowed at places of worship.

Staffing at gyms will also be relaxed, with a safety marshal only required when more than 20 people are working out.

These allowances come after NSW recorded just one new locally-acquired case in the 24 hours to 8pm on Wednesday.

NSW has reported one new case of locally transmitted COVID-19 in the 24 hours to 8pm last night.

Six cases in overseas travellers in hotel quarantine were also diagnosed, bringing the total number of cases in NSW to 4,174. pic.twitter.com/2LmwPRQZKg

But Premier Gladys Berejiklian has urged more people to wear masks on public transport and indicated more people could use the service if this happened.

"If we see mask-wearing goes back up, we can increase the number of people who can use public transport," she told reporters on Thursday. "We desperately need it to go back up."

Despite police promising not to spy into Victorians' backyards, a prominent civil liberties group has shot down plans to use drones on AFL grand final day.

Melburnians are not allowed to have friends or family visit their home to watch Saturday's Richmond-Geelong decider, while regional Victorians can only have two people over plus any dependents.

Assistant Commissioner Luke Cornelius confirmed that police will use drones to monitor for illegal public gatherings and insists they won't "be hovering over people's pizza ovens in their backyards".

But Liberty Victoria vice president Julia Kretzenbacher is still not satisfied their use would be "proportionate" with COVID-19 health guidelines.

"It's quite a significant incursion on people's privacy," Ms Kretzenbacher told 3AW.

A coronavirus outbreak in Melbourne's north has forced some 500 people into quarantine, shut down two schools and left five suburbs on high alert.

Victoria recorded five new cases on Thursday, all linked to the 36-case northern suburbs outbreak, and no further deaths.

US President Donald Trump has released a lengthy television interview ahead of its airing, a highly unusual move which he said was to expose the interviewer's bias.

Trump posted the nearly 40-minute sit-down with veteran journalist Lesley Stahl, of CBS's 60 Minutes program, to social media with the caption: "Look at the bias, hatred and rudeness on behalf of 60 Minutes and CBS."

Look at the bias, hatred and rudeness on behalf of 60 Minutes and CBS. Tonight’s anchor, Kristen Welker, is far worse! #MAGA https://t.co/ETDJzMQg8X

The president, appearing to be in a foul mood during the interview, repeatedly complains that he faces "tough questions" while his Democratic rival Joe Biden gets "softball" questions.

"Just be fair," he tells Stahl at the beginning of the clip.

"I wish you would interview Joe Biden like you interview me."

The media "discredited" itself by asking Biden about his favourite ice cream flavour, Trump charged.

The president also accuses the program of covering up for Biden after the journalist tells him: "We can't put on things we can't verify."

"We have enough," Trump says at the end of the clip, abruptly ending the interview and leaving before a scheduled walk-and-talk.

"Are we tallying all the lies?" Ghislaine Maxwell asked during the deposition, saying she could not recall taking Epstein accuser Virginia Giuffre out for a night of clubbing with Andrew in London.

"Her tissue of lies is extremely hard to pick apart what is true and what isn't."

The exchange was contained in hundreds of pages of transcripts ordered released by US District Judge Loretta A Preska in a civil lawsuit.

The 2016 deposition of Jeffery Epstein's former girlfriend and alleged accomplice Ghislaine Maxwell is unsealed. CNN is reviewing the more than 400 pages. https://t.co/v7nu4zrY9X

Maxwell has been charged with recruiting three underage girls in the 1990s for Epstein to sexually abuse and committing perjury in the depositions, though the charges don't relate to the prince. She has pleaded not guilty.

Maxwell, 58, parried a long list of inquiries about Epstein's sexual proclivities and her interactions with Giuffre and other young women, insisting she never saw the financier have sex with anybody.

The judge allowed release of the transcripts after rejecting arguments that the interviews for Giuffre's defamation lawsuit against Maxwell would jeopardise a fair criminal trial for Maxwell next July.

- President Vladimir Putin says if the Russian government had wanted to poison Alexei Navalny then it would not have allowed him to be flown to Germany for treatment.

- Nigerian police are trying to enforce a curfew after violence that included security forces shooting protesters rallying against police brutality.

Reply
Upvote
What about the tax payers funds you three away on the airport Scott Morrison? People in greenhouses!!
G
gypsy 2 years ago

Reply
Upvote
@t skye Too right. Morrison said the gifts were disgraceful and appalling, what about the rorts that they conveniently overlook like Gladys’ boyfriend, cash for visas. He isn’t hauling Gladys over the coals. It beggars  belief that she knew nothing. A gratuity in business is not uncommon, he would have stumbled across similar, after all, he is the great marketing guy. There is certainly no excuse for cash for visas it throws our whole immigration system into ill repute. We aren’t hearing much from Morrison on that issue.
G
guest2 2 years ago

Reply
Upvote
1 upvotes
@gypsy Australia Post is owned by and answerable to its only shareholder, The Federal Government.  Those executives were  just doing the job for which they are well paid and Holgate's actions should be scrutinized.
G
gypsy 2 years ago

Reply
Upvote
@guest2  Oh I am quite sure the actions should be looked at but VISAS are a Federal Government issue as well and we are not hearing much noise from Morrison about that, he is trying to protect Gladys. It completely undermines the immigration system when that level of corruption is occurring. Morrison knows, that she knew, that bloke was up to no good. He doesn’t want the dirt for the Liberals. They have no scruples.
C
cat 2 years ago