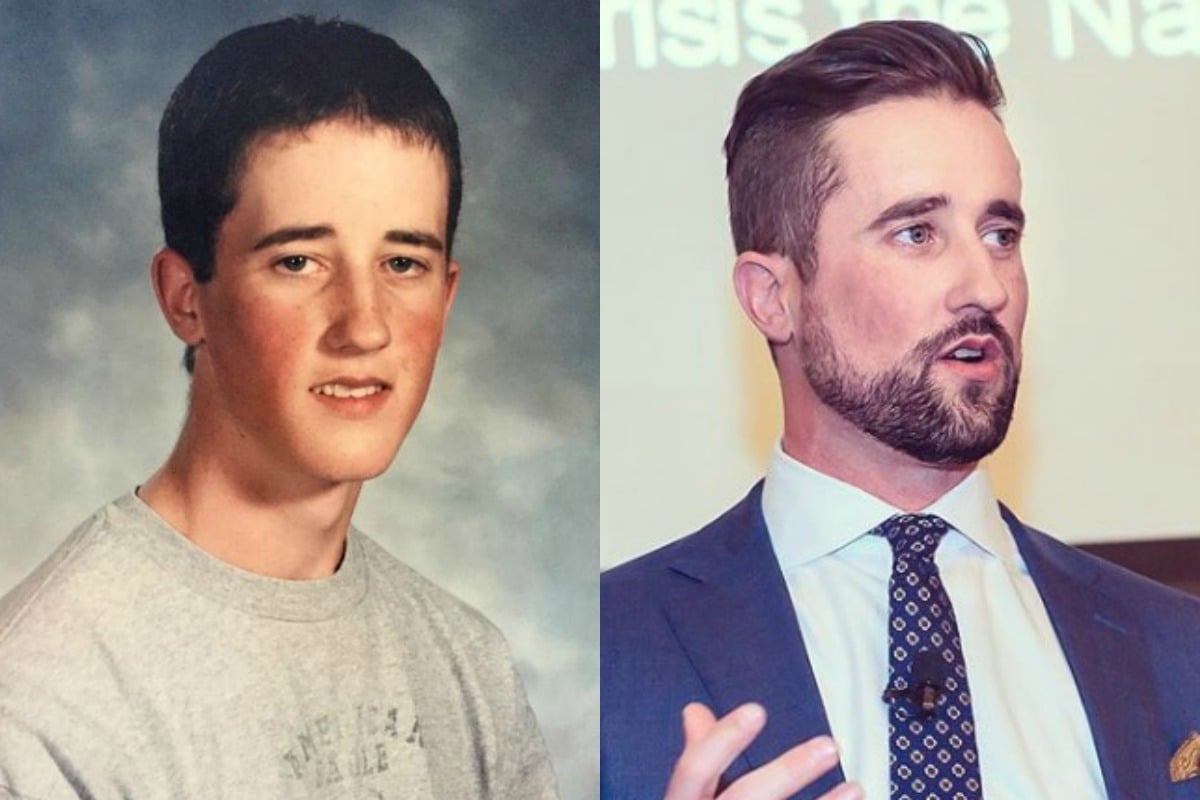 On April 20, 1999, Austin Eubanks was in the library with his best friend Corey DePooter when a teacher ran through the doors.

They had been talking about going fishing after school, but the teacher’s yelling stopped their conversation.

“Get under the tables – somebody has a gun,” Eubank recalled hearing.

He and DePooter hid under a table as two armed teens made their way into the library, shooting their classmates under other tables.

Eubanks was shot in the hand and knee, and watched as DePooter became the last person killed by the gunmen.

DePooter was one of the 13 people - 12 students and one teacher - killed at Columbine High School in what was the worst school shooting in US history at the time.

Eubanks survived Columbine, but he was heavily medicated in treating his injuries. This quickly developed into an addiction to pain medication.

Eubanks struggled with addiction throughout his 20s and went through multiple treatment centres before finding long-term recovery. He became dedicated to addressing issues of substance abuse and recovery through public speaking, according to his website.

On Saturday, Eubanks was found dead at his Colorado home during a welfare check after he didn't answer his phone. No foul play is suspected and an autopsy is scheduled for Monday.

His family released a statement to KMGH saying Eubanks "lost the battle with the very disease he fought so hard to help others face. Helping to build a community of support is what meant the most to Austin, and we plan to continue his work".

After Columbine, many students, teachers and family members suffered from PTSD and other mental health conditions. The US National Center for PTSD has figures stating 28 per cent of people who survive mass shootings develop PTSD (compared to 7-8 per cent of the general adult population).

Six months afterwards, the mother of Anne Marie Hochhalter, who was wounded and paralysed from the waist down in the shooting, took her own life. Hochhalter told Business Insider her mum's suicide was not because of Columbine, but that certainly took its toll and exacerbated her pre-existing clinical depression.

A week after observing the first anniversary of the massacre, Columbine basketball player Greg Barnes was found dead at his home. He was 17 at the time and had been at school on April 20, 1999. He lost a close friend, Matt Kechter, and witnessed the fatal shooting of Columbine teacher Dave Sanders that day.

In March this year, three people directly impacted by US school shootings died by suicide.

Two were survivors of the 2018 Marjory Stoneman Douglas High School shooting in Parkland, Florida, and another was the father of a child killed at Sandy Hook Elementary School in Newtown, Connecticut.

In 2008, eight months after the shooting at Virginia Tech, 21-year-old student Daniel Kim took his own life. His parents said it was linked to the shooting.

Just last month - for the 20th anniversary of Columbine - Eubanks told his local newspaper, the Steamboat Pilot & Today, that not enough was being done on both mental health and gun violence.

"Instead of coming together to work on eradicating the issue for future generations, we are simply trying to teach kids how to hide better in active shooter drills," he said.

"In a lot of ways, we have desensitised and, in some way, traumatised entire generations of youth because we are basically normalising this."

That is just so incredibly sad.

Imagine surviving such a horrific incident, only to develop an addiction to painkillers, not helped, no doubt, by the lack luster US health care system that has dealt so appallingly with the epidemic of opioid use and abuse.