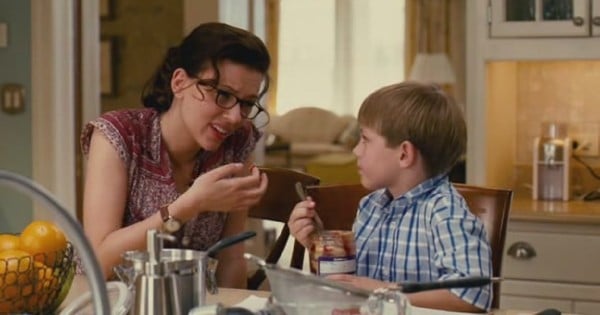 Difficult children, demanding mothers, frisky fathers and loneliness. Parents yelling at them, being treated like a maid, not being paid for overtime…

Being punished for eating their food!

These are the most common gripes of au pairs on a new Tumblr site called Au Pair Confessions, where au pairs around the world go to vent about the difficulty of their profession.

The site describes itself as:

An au pair confessional run by real au pairs! Submit your crazy stories and embarrassing moments, just be sure not to use real names!

Au Pairs under a veil of anonymity share their struggles and also offer each other advice and guidance if they find themselves in less-than-ideal situations. As an au pair, it’s nice to know there is somewhere to turn if the dream job turns into a nightmare.

Why I last cried at work. Article continues after this video.

As a parent, it’s a disturbing read.

I legitimately hate one of my host kids. I am constantly having to stop myself from hitting him. 12 year olds are the f**king worst. Au Pair Confessions, Anon.

I HATE THE DAUGHTER. I f**king hate her. I hope she trips in a puddle or something. Au Pair Confessions

And while I understand the temptation of helping yourself to the kid’s treats on occasion, many would not.

So I had a chocolate popsicle from the fridge. I thought it wasn’t a big deal, but the next morning one of my host kids was making such a fuss about one of the popsicles missing. My host mom helped him to look for it while I was making breakfast and trying to keep a straight line. They have the treats numbered! Au Pair Confessions, Anon.

Some au pairs really dislike the children they are meant to be taking care of and some of the children sound like absolute monsters.

Raising kids is hard, especially when they aren't your own and particularly when disaster strikes.

All my kids have lice...enough said. Au Pair Confessions, Anon.

It seems that becoming an au pair - travel, new experiences, new countries, new cultures - is a bit of a minefield and while many experiences are wonderful, some sound like total nightmares.

I don't know whether I have unrealistic expectations. My family pretty much always ask me to start early and I often finish late. They add a couple of extra hours a week like it's no big deal. Au Pair Confessions, Anon.

When you travel for work it's certainly a risk so it's always good to have a back up plan in the form of consular information and the details of friends and relatives you can turn to.

My HD [home dad] will get angry and shout at me telling me how horrible I am and I am a burden. Then one time when I was eating my dinner with them he told me that I shouldn't be eating with them and my food is suppose to be different from them. Oh, and their children are all rude and lack discipline. I got fed up and told them that I am not a MAID, that I am an au pair (they didn't send me to language school), that I want to leave their house. My HD told me that I can't leave yet and they will decide when they will let me go and they told me that I have no rights to tell them my opinion and I better shut up or they will call the police and I will be deported back to my country. So that night I called my friend, packed my bag and left them. Au Pair Confessions, Anon.

It seems that the majority of au pairs try and like their children however kids are kids and they do misbehave.

I feel bad saying this, but I don't really like one of the kids. She is very aggressive and rude. I don't want to put up with that behaviour in what should be my time off. Au Pair Confessions, Anon.

Then there are the times when people mistake you for a sibling, or a parent, or someone trying to marry for money.

Anyone else keep on getting mistaken for a single, young mum? Christ it's so annoying. Au Pair Confessions, Anon.

Also just a heads up. Couples fight. Parents fight. We don't mean to. It just happens.

I've told my HM [home mum] that I'm quitting because of the negativity in the house and the kids' attitude problems. The mum has no respect from the father or kids and is constantly yelling at the kids. The dad spoils them horribly and the parents have an awful relationship. But now they have turned it on me saying I just can't handle the kids "naughty" behaviour. Au Pair Confessions, Anon.

We should also point out that some children don't react well to having their primary carer changed and they will try and mess with you. The trick is to never, ever let them see they have gotten to you. Never.

The family is lovely but a few weeks ago something happened with the kids and they started to become really mean, rude and wicked to me to the point that I burst out crying on the street in front of everyone because I just could not take more. They are constantly making faces, refusing to play with me, or just simply ignoring me when I am speaking to them. I am really trying my best, making up new games every day, asking them about what they want, what they like, giving them love and attention but I seem to annoy them for some reason. Au Pair Confessions, Anon

Also stay away from the husbands. Seriously, that is NOT cool.

My HD is the nicest person I've ever met. This makes me want to hang out with him all the time, we watch films together, go to the gym... It may seem like there's something more (my HM, has gotten a little bitchy towards the HD recently). Should I keep out, or ignore the fact that it may seem too much? Au Pair Confessions, Anon

Actress, author and mother-of-six gives some excellent advice on keeping kids organised and entertained. Article continues after this video.

On my last night with my host family me and my host father got drunk and made out for 2 hours Au Pair Confessions, Anon

I have been in a polyamorous relationship with my HF for 4 months and I love them both. Soon I leave. I want to stay. Au Pair Confessions, Anon

Stick it out for two months. Psychologically, that's how long it takes to adjust to the culture shock;

Use Facebook to connect with other au pairs and make friends;

Skype the family several times before accepting the position;

Discuss up front which domestic duties you are expected to do;

Look for a family that can offer you your own bathroom;

Take control of your experience as much as possible;

Focus on the positives;

Keep your distance from flirty dads;

You have been employed to care for kids and that means spending time with them and entertaining them. Embrace it.

i have a 4 year old that i look after, who runs his house hold and everyone knows it... when i started i ask what his discipline was they said i wouldn't need it to use any as he is such a good boy... two day later i said i was having trouble and what discipline they had used... they than said that is why they got me in, it was to discipline him... sorry but you are the parents not me... I Love kids, but this child is making it hard for me to want to keep looking after them...

It goes both ways - au pairs being too hungover to work from a weekend off, not doing agreed tasks, bringing boys home despite it being agreed not ok with a 4 & 6 year old in the house... Some, but not all, au pairs see it as an easy way to travel & party.