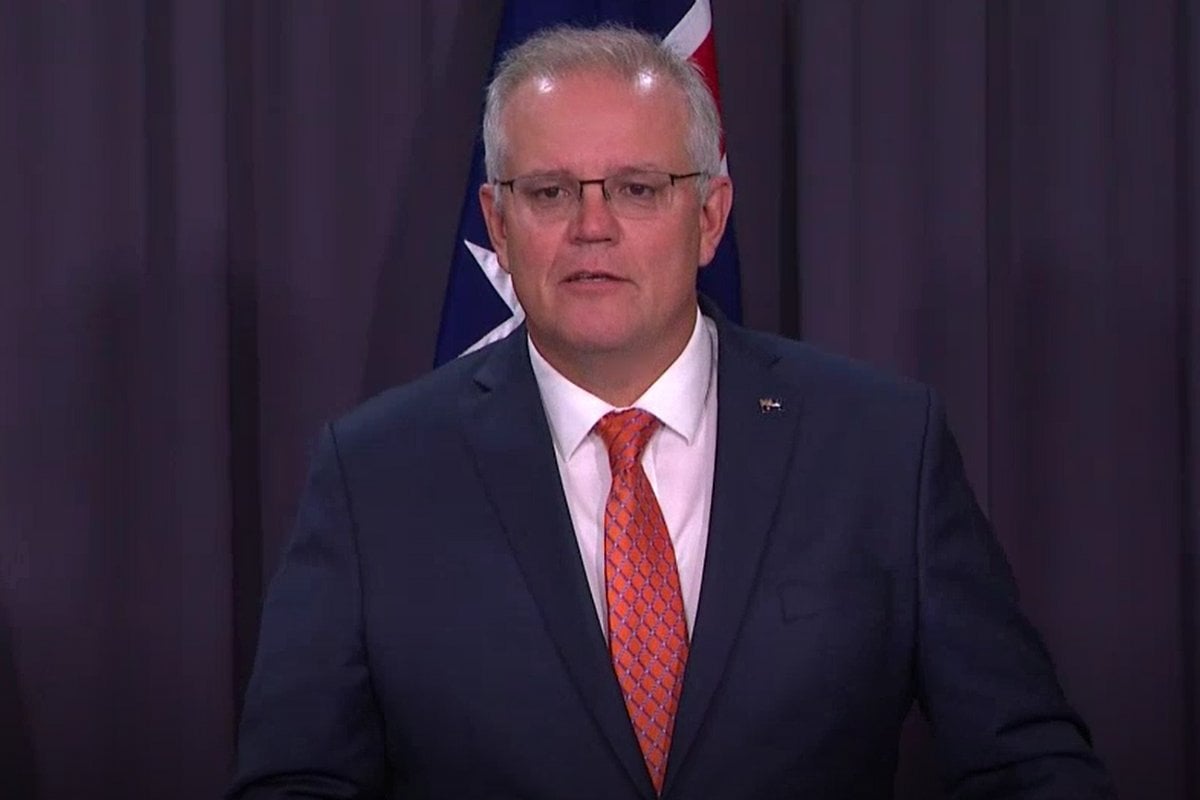 On Thursday evening, Prime Minister Scott Morrison held a surprise press conference where he advised the AstraZeneca COVID-19 vaccine should not be used by Australians under 50.

The recommendation comes after a link was confirmed between the AstraZeneca vaccine and rare blood clots.

European authorities have identified the link, prompting the United Kingdom to offer people aged under 30 an alternative vaccine due to the risk.

Morrison advised that the Pfizer vaccine should now be adopted as the preferred vaccine for people aged under 50, following recommendations from the Australian Technical Advisory Group on Immunisation.

"We've been taking the necessary precautions based on the best possible medical advice," said Morrison.

"It has not been our practice to jump at shadows."

The recommendations are made under an "abundance of caution" of the rare but serious side effects mostly associated with younger people.

"At the moment, it seems to be around 4 to 6 per million doses of vaccine. It's only been found in the first dose of the AstraZeneca vaccine, usually within 4 to 10 days after that vaccine. But it is serious, and it can cause up to a 25 per cent death rate when it occurs."

"We chose to predominantly deliver the vaccine on the advice of Professor Murphy's committee. And to do it through the GPs because that's where primary healthcare can be provided and you can have that discussion with your doctor and make an informed decision about your own health."

What does it mean for people over 50 who have already had their first dose of AstraZeneca?

ATAGI recommended those under the age of 50 who have received their first AstraZeneca jab will proceed with their second, as the medical advice shows that the rare blood clots only develop after the first dose.

Only where the benefit clearly outweighs the risk should an initial AstraZeneca dose be administered to someone under the age of 50.

Health care workers aged under 50 who were due to receive the AstraZeneca vaccine will also now be prioritised for the Pfizer vaccine.

Will this delay the vaccine rollout?

Secretary of the Department of Health Brendan Murphy said it may affect the rollout of vaccines. However, phase 1b is the only phase that may be delayed.

"For Phase 1, which is vulnerable people, we will pretty much continue as we are. Those over 70 and 80 will continue to get AstraZeneca at their GPs and be confident in its efficacy and its safety," he said on Thursday evening.

"For those healthcare workers under 50, they will now be prioritised to Pfizer, and that might delay that particular phase of 1b. But that's the only phase that might be delayed.

"The important thing is that all of the vulnerable people - those vulnerable to severe COVID - will be covered, as we planned, by the middle of the year."

So far, more than 996,000 coronavirus vaccine doses have been administered in Australia.

The findings will also be discussed among state and federal health ministers and at the next meeting of the national cabinet on Friday.

Reply
Upvote
3 upvotes
I worked in pharma for 15 years. This type of thing happens ALL the time with various medicines we all get prescribed. Drugs are released, monitored, if flags come up, labels and side effect data is updated accordingly. We just usually aren't paying attention or made aware, but trust me this is a very common situation. Secondly, the side effect is still very rare!!!
C
cat a year ago