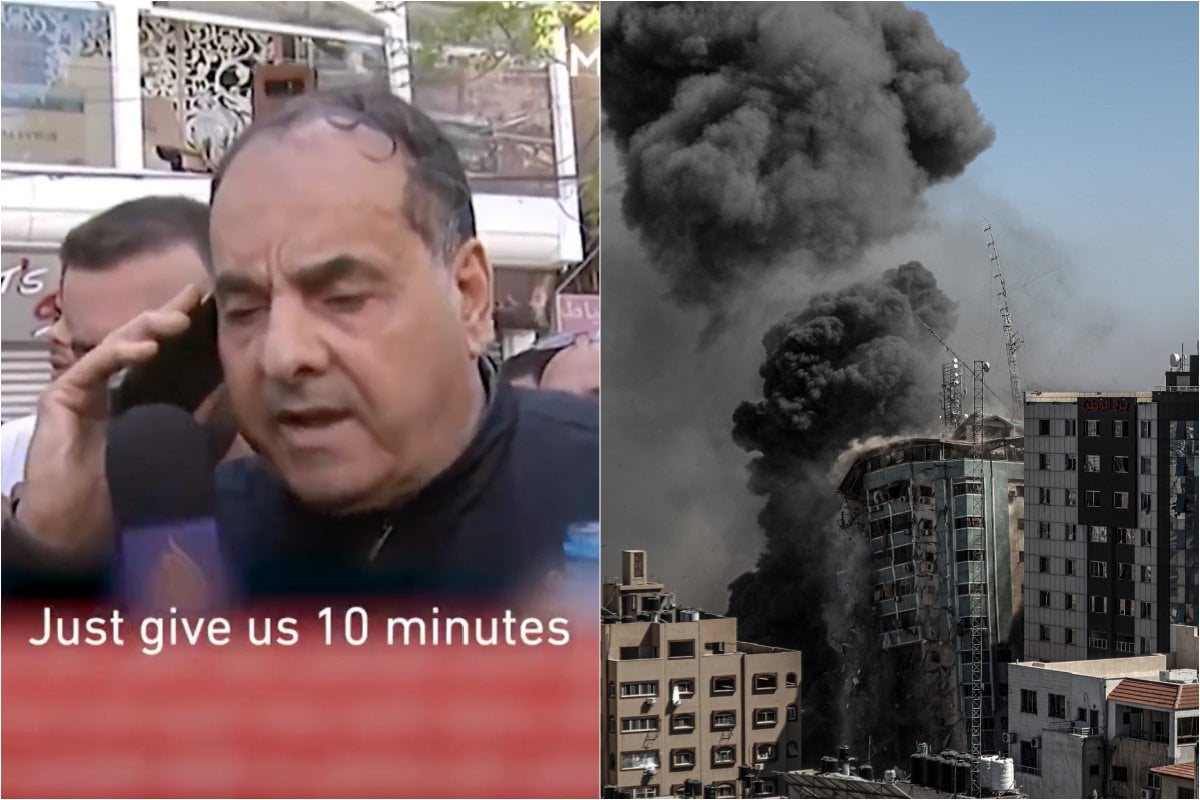 "There's no one here who wants any trouble. We just want 10 minutes."

Those were the pleading words of Jawad Mahdi, the owner of the al-Jalaa tower, an 11-storey building in Gaza City that housed international media outlets including the Al Jazeera Media Network and the Associated Press as well as some residential apartments.

Amidst the Israel-Palestine conflict that has escalated in the past week, the Israeli army gave Mr Mahdi a one hour warning to evacuate the al-Jalaa tower before it was attacked by their fighter jets.

The building owner pleaded for more time while on the phone to an officer, as captured by television cameras.

"They’re not going to get weapons. They’re going to get their cameras and their work gear," he said, referring to the journalists who worked in the building.

"These guys were in the middle of a live broadcast... There’s no one here who wants any trouble. We just want 10 minutes, ask your supervisor, nothing’s going to happen."

The request was rejected, with the officer replying: "No one is allowed to go back in the building."

"We respect your wishes, we will not do it without your permission. Just give us 10 minutes."

"There will be no 10 minutes," the officer replied, adamant. "No one is allowed to enter the building, we already gave you an hour to evacuate."

WATCH: The owner of al-Jalaa tower pleads with an Israeli officer on live TV to let journalists collect their gear before he bombs it.

"Listen we’re not crying about the building, that’s fine," Mr Mahdi tells the officer. “You can do whatever you want. Our life’s work is all gone, our memories, our lives you've just wasted...

"I'm gonna hang up now and you can do whatever you want," he continued. "There is a God bigger than you."

Minutes after the exchange, the building was demolished and flattened in an Israel airstrike that was captured on live television.

Black smoke erupted into the air, before the 11-storey building fell to the ground.

The Israeli military said they were targeting this building because it "contained military assets belonging to the intelligence offices of the Hamas" - the Islamic militant group that controls the Gaza Strip. The Israeli military has said its strikes on buildings in Gaza in the past week have all been aimed at hitting targets used by Hamas.

Watch: The moment the al-Jalaa tower was attacked in an Israel airstrike on live television. Post continues below.

The Associated Press have condemned the attack, and asked Israel to put forward evidence that Hamas were in the building.

Dr Mostefa Souag, the acting director general of Al Jazeera Media Network who also had offices in the building, called the strike "barbaric" and said Israel should be held accountable.

"The aim of this heinous crime is to silence the media and to hide the untold carnage and suffering of the people of Gaza," he said in a statement. 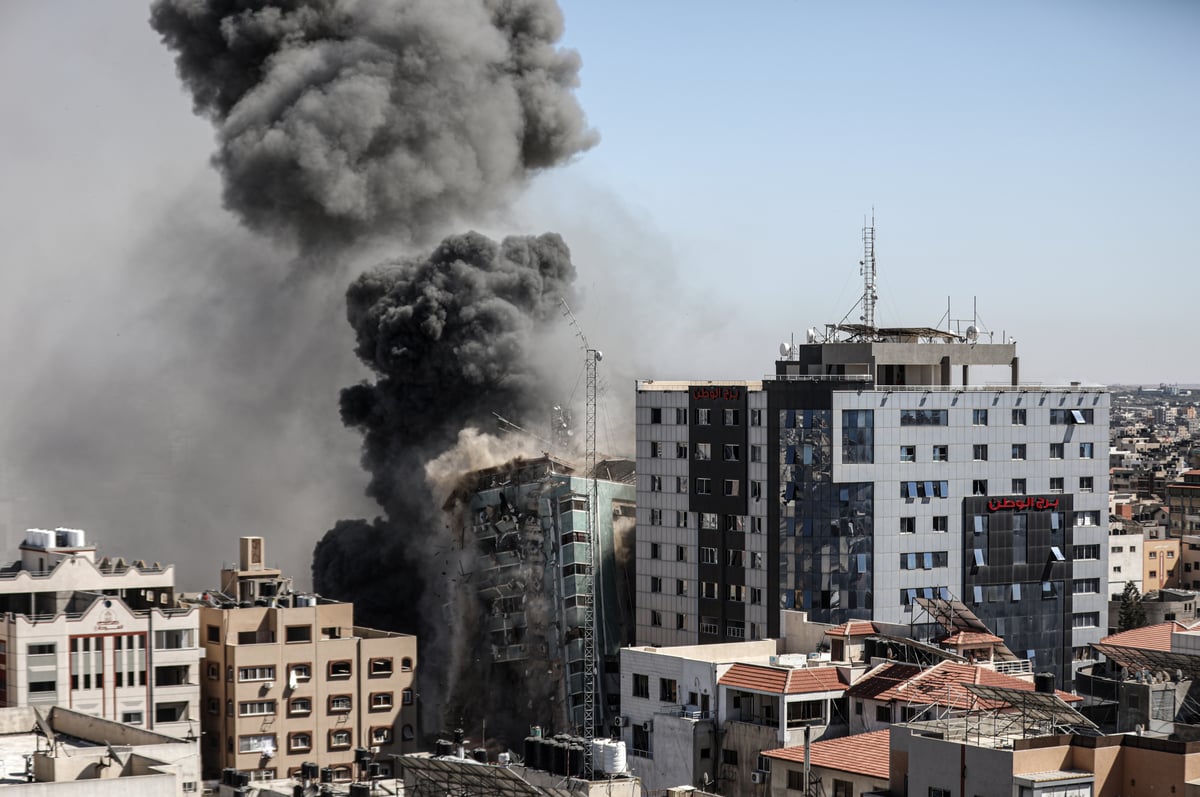 Smoke rises after Israeli forces destroyed a building in Gaza City where Al-Jazeera and the Associated Press had their offices, on May 15, 2021. Image: Getty.

Israeli military spokesman Lieutenant Colonel Jonathan Conricus has rejected the notion that Israel was seeking to silence the media, telling Reuters: "That is totally false, the media is not the target."

Asked why an entire building was destroyed, Conricus said: "There was no way of taking down only the Hamas facilities that were in the building. It was deemed necessary to take down the whole building."

Palestinians medics say at least 148 people, including 41 children, have been killed in Gaza in the past week. Israel has reported ten dead, including two children.

Both Hamas and Israel have insisted they will continue their cross-border fire in the wake of the collapse of the al-Jalaa tower.

Hamas began its rocket assault on Monday after weeks of tensions over a court case to evict several Palestinian families in East Jerusalem, and in retaliation for Israeli police clashes with Palestinians near the city's Al-Aqsa Mosque, Islam's third holiest site, during the Muslim holy month of Ramadan.

Read more: "Towards a full-scale war": What you need to know about the deadly Israel/Palestine conflict.