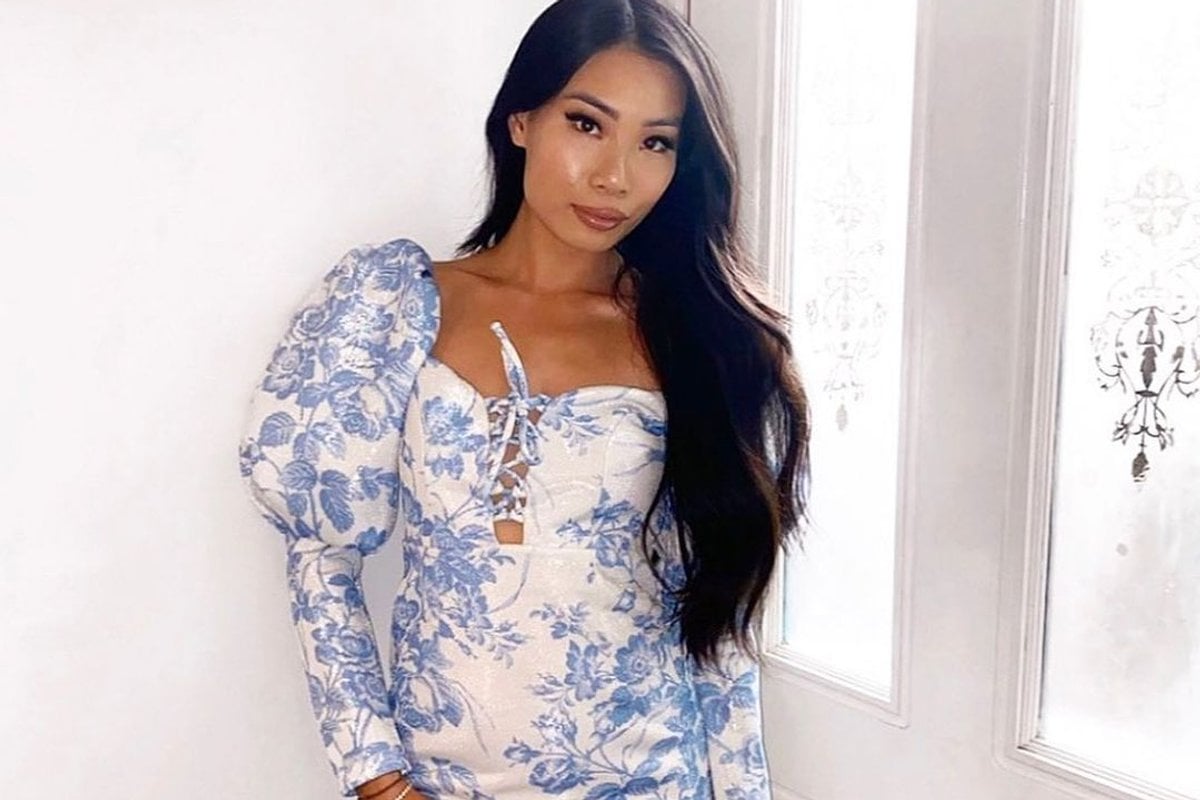 Following the murders of eight people in Atlanta in the US, six of whom were Asian women, we need to talk about the harmful and highly sexualised stereotypes of, and sexual violence perpetrated against, Asian women.

This is nothing new. There is a history of Asian women being objectified and racially attacked.

We’re just hoping people are willing to listen to us this time.

Listen to The Quicky, Mamamia's daily news podcast, on whether fetishising Asian women led to the mass shooting. Post continues below.

When speaking about the shooting, Capt. Jay Baker, a Cherokee County sheriff, said that the shooter viewed spas as places of temptation that he wanted to eliminate.

This just continues to perpetuate the idea that Asian women only exist to seduce men; it reduces the bodies of the Asian victims to a "temptation", something that needed to be destroyed because a white male felt a sense of entitlement to do so.

The hypersexualisation of Asian women and the preconceived notions that are placed upon us simply because of our race deeply influences not only the internal battles we face but also makes us feel like our identity isn’t something that we get to decide on ourselves – instead, it's one that has already been decided for us.

And it contributes significantly to the racism, abuse, fear and violence we experience. It’s discouraging disheartening and ultimately, dehumanising to not be seen for who we are, but rather for who people expect us to be.

You know what I'm talking about.

Asian women are seen as quiet, submissive and subservient.

We get backhanded 'compliments' like "You’re pretty... for an Asian."

We're referred to as "Oriental" and "exotic" as though we're some type of rare species to captured, caged and made theirs.

We hear how Asian women are all supposedly petite and "tight".

We go on dates with men who openly brag they have 'Yellow Fever', about how they have a 'thing' for Asian women, as if their attraction and obsession with Asian women translates to respecting Asian culture.

We get accosted in the streets with comments like "how much?", "me love you long time", "happy ending", and "I’ve always wanted to try Asian" – getting treated like someone you can talk at and not to.

We hear the jokes about mail-order brides.

We hear the comments of people looking down on hardworking Asian women who you go to in order to look and feel your best (the nail salons, spas and massage parlours).

And we're sick and tired of being treated as a monolith with every Asian woman greeted with "Ni Hao".

And it all stems from the misguided belief that we’re just going to shyly giggle it off as we're weak, tolerant and almost too polite.

But we're tired of being sexualised. We're sick of being seen and treated as objects – as someone for you to project your ideas of Asianness, your stereotypes, your prejudices and your fantasies onto.

We’re not here to serve you and your every need and desire. We don’t exist as a means for you to carry out your temptation or your curiosity or your sexual 'exploration'.

Our bodies are not here to be viewed and treated as something for you to construct your fantasy of the "perfect Asian lover" or "trophy partner" onto.

We're not here to be dominated or owned or possessed.

We’re real people. There’s so much more to us than what you choose to see.

Fetishising Asian women is a problem. It’s not a compliment.

I’m tired of being seen as "that Asian chick." It often leaves us wondering whether we’re liked and loved for who we are or if someone simply has a fetish for Asian women.

And we shouldn’t be flattered (as so many Asian women I know are told to be after derogatory assumptions and comments are directed at them). We deserve to be treated as whole human beings.

Because as we’ve seen, the way we’re viewed, the way that we’re seen as a means of comfort and pleasure and vessels of love, doesn’t owe us respect or love in return.

It can literally cost us our lives.

Alyssa Ho was born and raised in Melbourne, and her cultural background is Vietnamese. She started her Instagram page to share her writings on life and love. She also has two side passions and businesses – a women’s group called My Go To Gal where she hosts events for women to connect and make new gal pals, and Pretty Little Pink Book, an event styling, planning and management business.

N
natashac13 a year ago