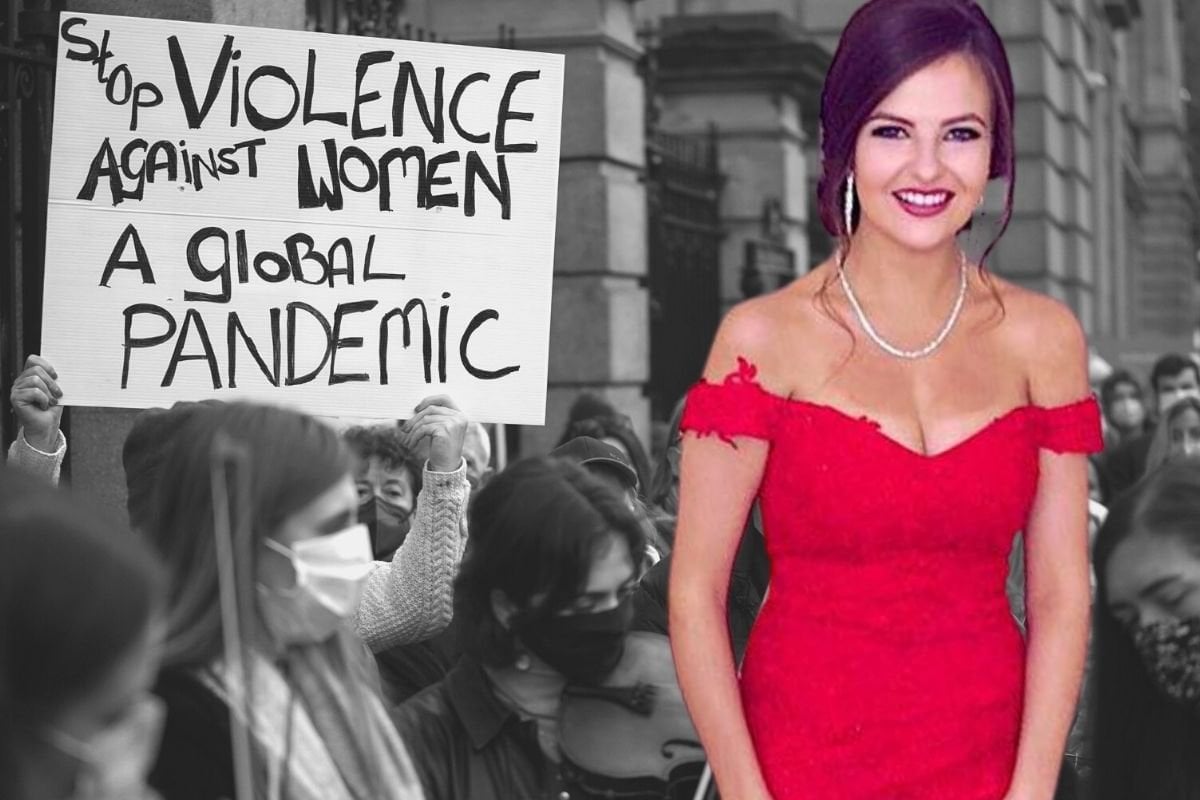 Ashling Murphy was just going for a run.

Women are dying at the hands of others on the street, in their place of work and in their own homes. 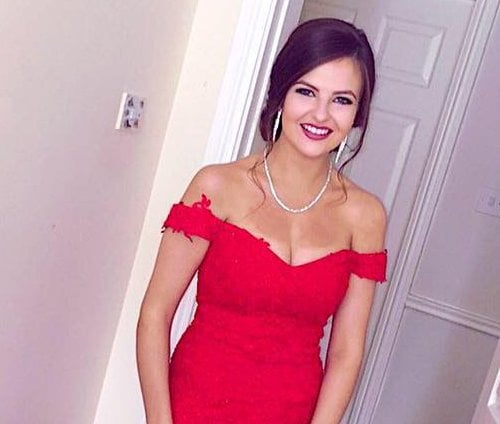 It doesn't matter what any of these women were doing, nothing warrants death.

Gabby Petito was on the trip of a lifetime.

Aiia Maasarwe was just hopping off a bus.

Hannah Clarke was just dropping the kids off at school.

Every week there's a new story of a woman who was just trying to live her life, before being brutally killed.

While some died after weeks, months or years of domestic violence, others, like Ashling, are killed because they happened to be in the wrong place, at the wrong time.

Ashling's death is currently sending shock waves through global communities due to the sheer horror of it.

Watch: A crowd in Dublin sings Only A Woman's Heart for Ashling. Post continues after video.

The 23-year-old teacher was jogging along a canal pathway at 4pm on Wednesday in Ireland when she was allegedly assaulted. The suspect fled when two women interrupted him, but she died from injuries sustained fighting for her life on the Grand Canal Walk in Tullamore.

It's transcended the borders of Ireland because of the brutality and shocking nature of the crime and the mundanity of the task Ashling was attempting to complete. She was just out for a run.

But women should be able to do it all; go to work, commute, date, have drinks with friends, stay out late, shop, exist, without having to fear violence.

There are no scenarios where any of this is okay, and yet it keeps happening. In Australia it happens every single week. Every year groups like Destroy the Joint take on the grim task of 'counting dead women.'

This is an urgent endemic issue that is in desperate need of attention, globally. Of course in countries like Afghanistan the plight of women is much more dire, but even in western countries - like ours, like Ireland, like the UK - too many women are dying.

Ireland's Minister for Justice has promised a new strategy on domestic, sexual and gender-based violence will be published by March, promising a "zero-tolerance" approach to violence against women.

Our government is currently trying to come up with a National Plan to end violence against women and children. But they've been dragging their feet and ignoring the complexities of the calls for help.

This issue deserves the urgency of the international race for a vaccine in the face of the COVID-19 pandemic. Look at what we achieved when the world's scientific minds worked as one.

Because every week we hear stories about women dying. In some cases people will march in the street or gather in their thousands holding candles and demanding change - like they're doing right now for Ashling. 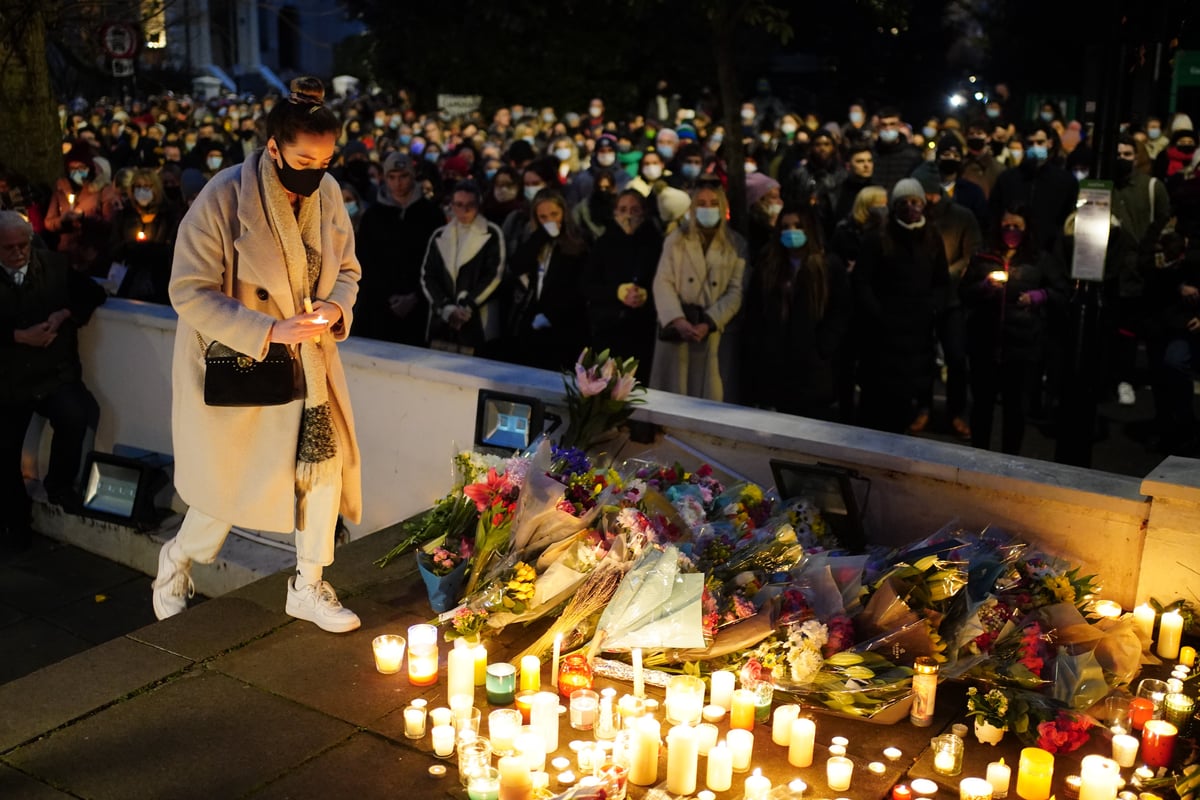 Floral tributes and candles are left after a vigil for Ashling outside the London Irish Centre in Camden, UK. Image: Dominic Lipinski/PA Images/Getty.

They shouldn't fear going to work or going out for drinks in the evening.

It doesn't matter what she was doing.

Ashling should not have died on Wednesday, and the fact that she did is a horrible reminder of how far we've got to go.

When will enough, be enough?

A
anonymous 4 months ago

Reply
Upvote
We women must be ready to vote when the next election happens by educating ourselves carefully on where to place our preferences. There are many women independent candidates who can hold our male politicians to account. We need to adopt a zero tolerance for governments who have and do nothing about mens' violence against women. We are over 50% of the population and very powerful.
News
General
Opinion
True Crime
Politics
Sport
Explainer
Entertainment
Celebrity
Reality TV
Movies
TV
Books
Rogue
Royal
Lifestyle
Beauty
Fashion
Weddings
Home
Wellness
Health
Fitness
Travel
Food
Parents
Before The Bump
Pregnancy
Baby
Kids
Teens
School
Parent Opinion
Work & Money
Money
Finance
Career
Lady Startup
Relationships
Sex
Dating
Separation
Friendship
Family
Real Life
Couples