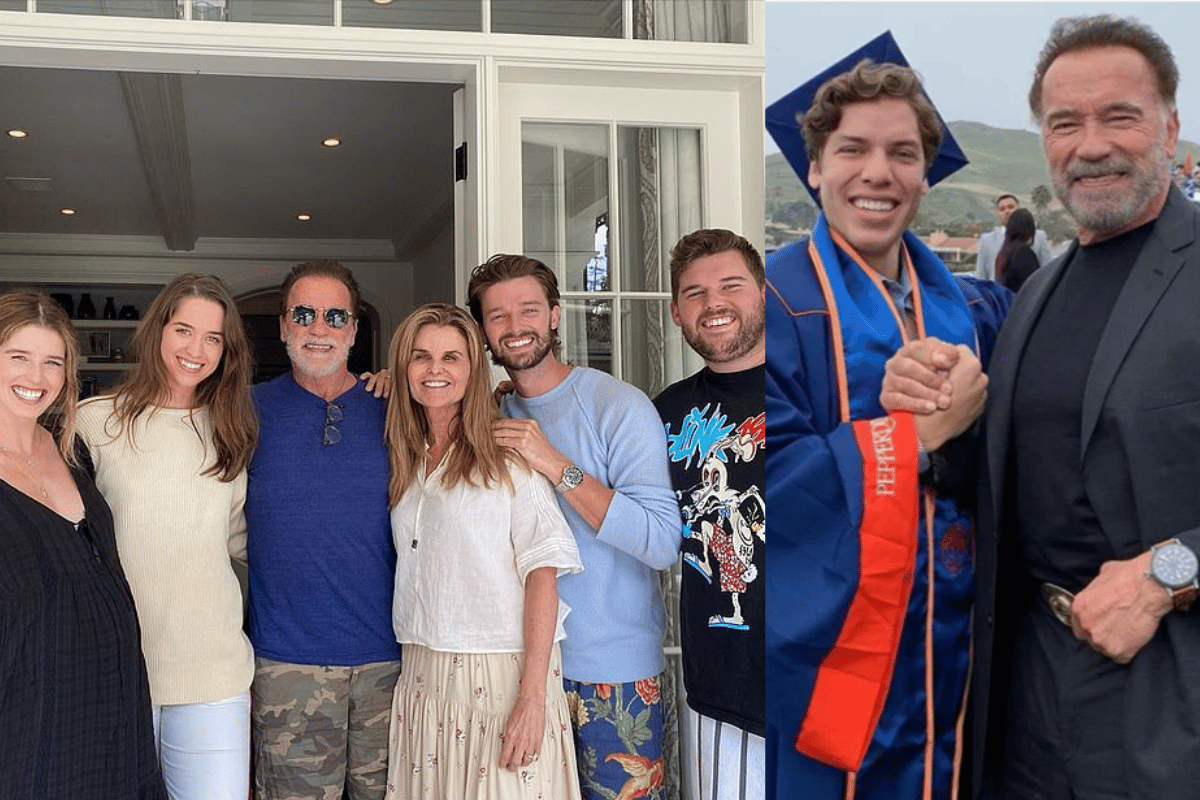 When Arnold Schwarzenegger and his wife, Maria Shriver announced their separation in May 2011, - just months after his eight-year-long run as the governor of California ended - it came as a surprise to many.

On the outside, they were the perfect couple with over 25 years of marriage, four children and a lifetime full of memories.

However, what would be revealed during the media storm that followed was that Schwarzenegger had cheated on his wife, with the family's longtime housekeeper Mildred Baena.

The affair had resulted in a child, named Joseph - who Baena claims she did not realise he was Schwarzenegger's son for many years.

This week, after separating over 10 years ago, Shriver and Schwarzenegger finalised their divorce.

Here's a look back at Schwarzenegger's unconventional family life.

Arnold Schwarzenegger has had an enviable career, but at times it has been marred by controversy.

Schwarzenegger and Shriver had formed an unlikely relationship after meeting at a charity tennis tournament in 1977. While he was a former Mr Universe champion, Shriver was a TV journalist with relations to the Kennedy family (her mother was Eunice Kennedy, the sister of assassinated US president John F. Kennedy).

After being introduced at the tournament, they dated for nine years before marrying in 1986. 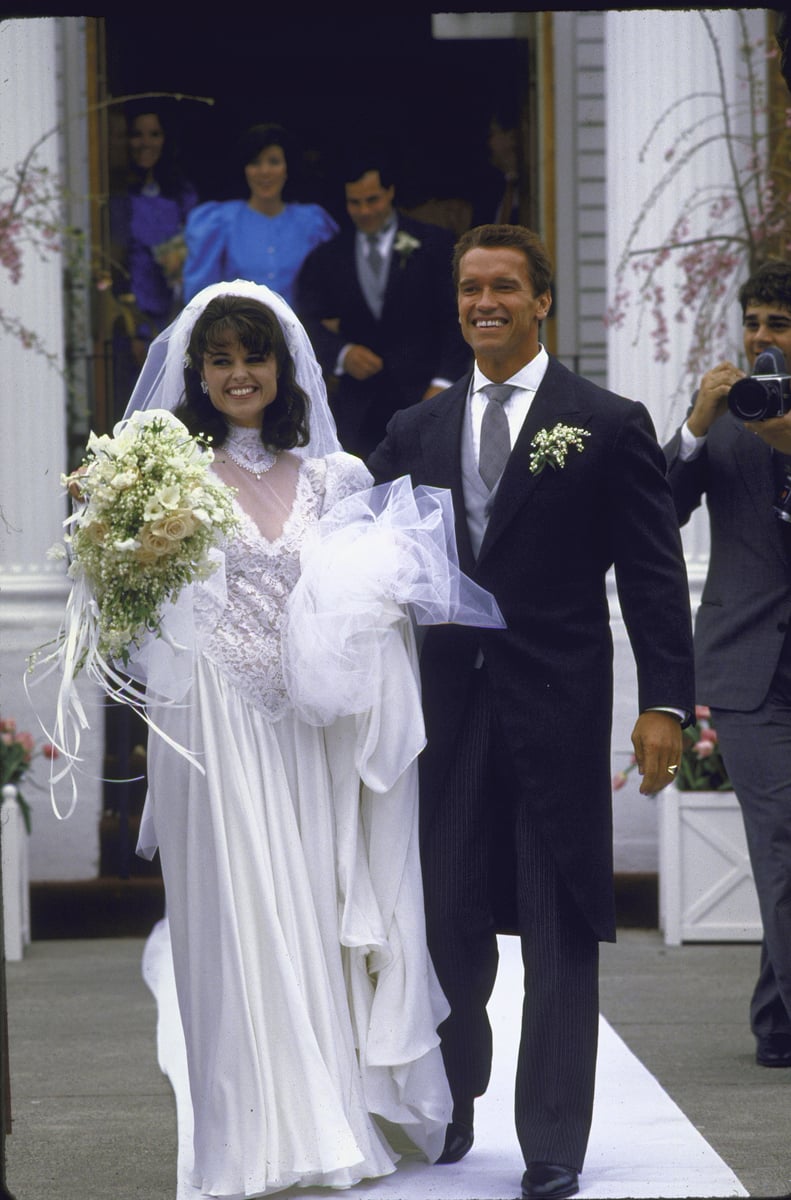 When they separated in 2011, the couple released a statement.

"This has been a time of great personal and professional transition for each of us," the couple said. "After a great deal of thought, reflection, discussion and prayer, we came to this decision together. At this time, we are living apart while we work on the future of our relationship.

They went on: "We are continuing to parent our four children together. They are the light and the centre of both of our lives. We consider this a private matter and neither we nor any of our friends or family will have further comment."

The world-class bodybuilder, who turned to acting, and eventually a political career had a 'perfect' family. However, just days after Schwarzenegger and Shriver announced their split, it would be revealed he'd fathered a child with Mildred Baena, who'd been the family's housekeeper for over 20 years.

Interestingly, the actor's wife had known of the affair months before it had become public information, and had confronted him in a couple's therapy session.

In his 2012 memoir, Total Recall: My Unbelievably True Life Story, Schwarzenegger explained his wife had asked him during their routine session on January 4, 2011.

"The minute we sat down, the therapist turned to me and said, 'Maria wanted to come here today and to ask about a child - whether you fathered a child with your housekeeper Mildred,'" he wrote. "I told the therapist, 'It's true.'"

Baena, now 60, was married to Rogelio Baena, and claims she believed Joseph was his son for many years. The couple divorced three years after Joseph's birth.

She, along with Shriver and Schwarzenegger began to notice striking resemblances between Joseph and his real father as he began to grow.

Eventually, Shriver confronted Baena and asked her if there had been an affair.

"She would say things like, 'I'm here if you need to talk.' I sensed something was up. I have so much love and respect for Maria," Baena told Hello! Magazine in 2011. "Finally, she asked point-blank."

"She was so strong. She cried with me and told me to get off my knees. We held each other and I told her it wasn't Arnie's fault. It takes two."

Baena, who maintains she was unsure who the father was until a few months before confessing, said Schwarzenegger began to wonder as well.

"It was as Joseph grew and I started to see the resemblance that I wondered - but it became more apparent as time went on," she said. "I knew Arnold was the father, and maybe as Joseph got older and began to look like him, he [Arnold] wondered. But he never said anything to me."

In his memoir, the former politician admitted he'd ignored the possibility of being Joesph's father until it was no longer an option.

"But instead of doing the right thing, I'd just put the truth in a mental compartment and locked it up where I didn't deal with it every day," he wrote. "I realised there was little doubt that he was my son."

In 2015, Schwarzenegger told Howard Stern there was no one else to blame but himself for the scandal.

"I had personal setbacks, but this was, without any doubt, the biggest setback and the biggest failure. Without any doubt," he explained. "Not only failure, but you feel like, 'I'm to blame for it. It was me that screwed up.' And you can't point the finger at anyone else.

"So yeah, I was disappointed in it. It's always easy to be smart in hindsight. The thing was how do you make the best of that situation?"

While the pair maintained a great relationship for their children, the pair did not finalise their divorce for several reasons.

According to TMZ, Schwarzenegger and Shriver never actually signed a prenup before they got married, so their divorce settlement has been a long and difficult process - considering their estimated combined wealth of US$400 million.

In 2011, the pair requested joint custody of their two youngest children, Patrick and Christopher, who were 17 and 13 when they split. Katherine and Christina were already adults at the time.

Arnold Schwarzenegger and Maria Shriver's kids, and their relationship with Joseph Baena.

While the cheating scandal was messy for everyone involved - including Baena's 'thought to be' dad Rogelio Baena, who reportedly broke down after learning he was not Joseph's father - Schwarzenegger remained a present force in all five of his children's lives.

His eldest, Katherine, has stayed close with both of her parents and regularly shares throwback photos on her Instagram. She is currently married to actor Chris Pratt - who recently got some pretty serious criticism from the public after a message he shared to his wife.

To read more on that, go to: “It belongs to me.” Why everyone is talking about Chris Pratt.

Despite the controversy though, the pair are happy and in love after welcoming their first child together, Lyla Maria Pratt, in 2020.

Christina, who is the second eldest child to Schwarzenegger and Shriver, has navigated a separate career path that is completely different to that of her mega-famous parents.

The Georgetown University alum is a documentary producer and assistant editor.

While she is not as active on social media as her big sister, Christina is often seen making an appearance on her mum's Instagram page.

Patrick, who is the eldest son from Shriver and Schwarzenegger has followed a similar path to his dad, and is an actor and model.

His most notable roles include Charlie in the 2018 film Midnight Sun, the starring role in 2019's Daniel Isn't Real and 2021's Netflix original, Moxie.

In the past, he has been linked to fellow actor and singer Miley Cyrus and model Tootsie Burns.

Currently, he is in a relationship with Abby Champion, who he has been dating for five years.

Listen to Mamamia Out Loud's episode on Christ Pratt. Post continues after video.

Christopher is Shriver and Schwarzenegger's youngest son together, and chooses to remain relatively out of the spotlight.

Last year, he graduated from the University of Michigan.

Joseph is Schwarzenegger and Baena's only child together.

While the public is not privy to his relationship with his other siblings, Joseph's dad has been a present force in his life.

He reportedly bought his former housekeeper a four-bedroom house in LA for her and Joseph to live in and allegedly also paid for his youngest son to attend college.

In 2019, Schwarzenegger took to social media to congratulate Joseph for graduating from Pepperdine College.

"Congratulations Joseph!" the actor tweeted at the time. "Four years of hard work studying business at Pepperdine and today is your big day! You have earned all of the celebration and I'm so proud of you. I love you!"

Congratulations Joseph! Four years of hard work studying business at Pepperdine and today is your big day! You have earned all of the celebration and I’m so proud of you. I love you! pic.twitter.com/aRuJzGzAWi