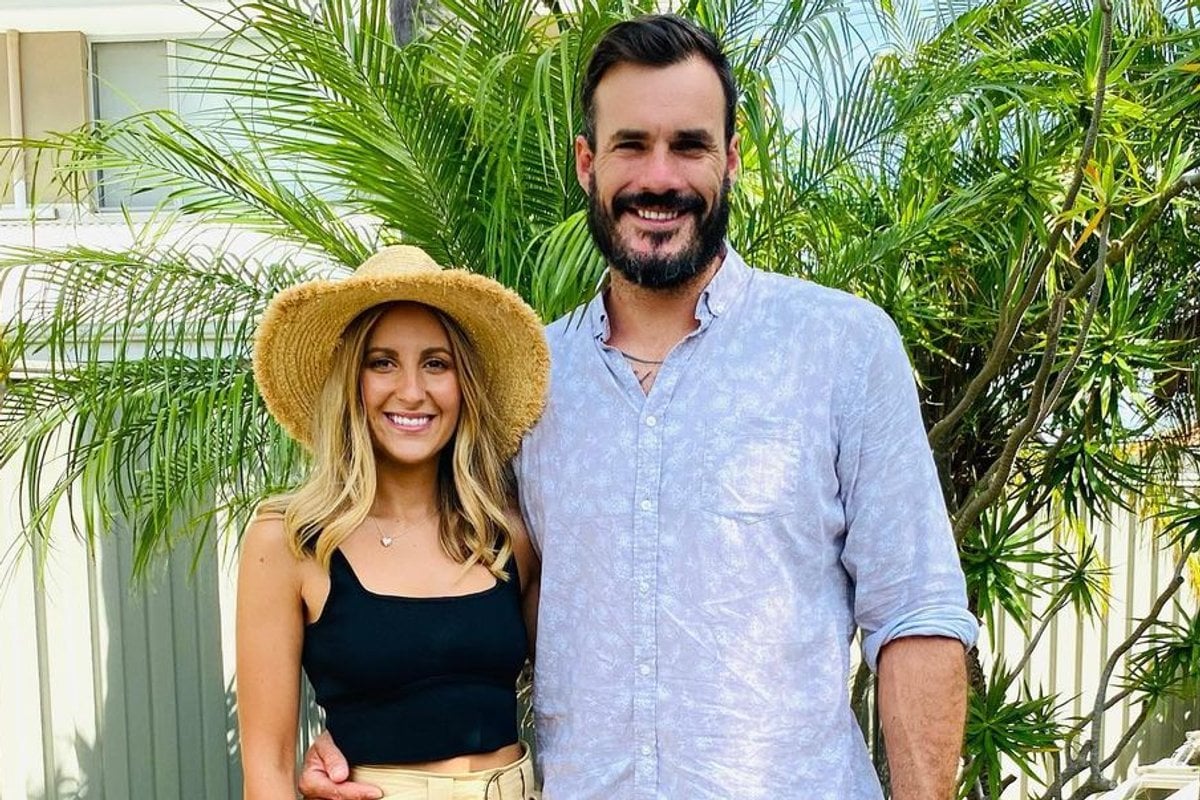 1. The now-deleted Instagram pic that has absolutely everyone convinced Locky and Irena are engaged.

So everyone seems to think Locky Gilbert and Irena Srbinovska are secretly engaged. And we're not going to lie, the Instagram photo is pretty convincing.

Earlier today, the So Dramatic! podcast shared a photo of the couple that Locky originally posted on his Instagram stories.

"So good to be back home with @irena_srbinovska," Locky captioned the photo.

But upon closer inspection, you'll notice that Irena is wearing a ring on her left hand. And not just any ring, a big ol' sparkly one at that.

Making things even more interesting is the fact that Irena has also removed a photo from her Instagram stories. Perhaps she also shared a photo with a certain piece of diamond jewellery. ¯\_(ツ)_/¯ 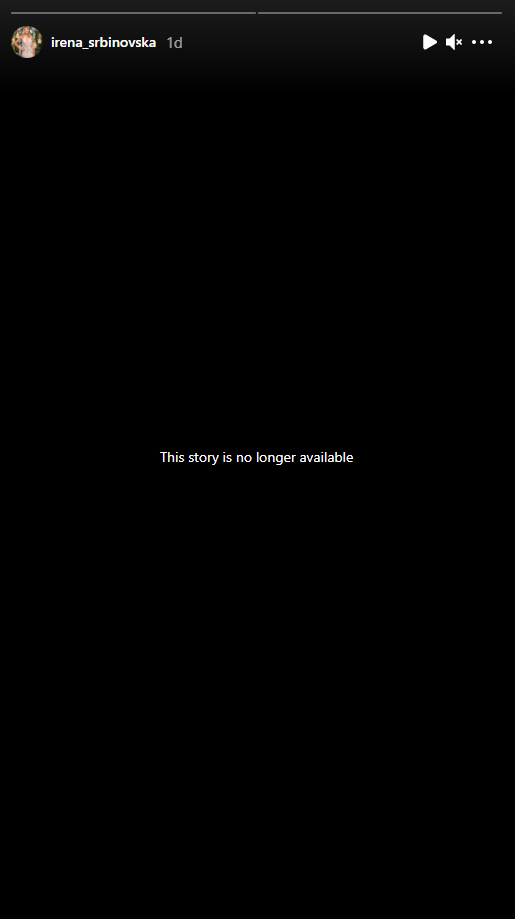 But before we get too excited about another Bachie wedding, some people have pointed out that the photo could have been flipped, meaning Irena is wearing the ring on her right hand instead of left. Sneaky.

Others have also commented that the ring could just be the one Locky gave Irena during The Bachelor finale.

Listen to The Spill, Mamamia's daily entertainment podcast. In this episode, co-hosts Kee Reece and Laura Brodnik chat about the time Kim Kardashian was robbed at gunpoint in Paris, now that one of the men involved has written a tell-all book. Post continues below.

2. Miley Cyrus broke down in tears over Liam Hemsworth while performing at the Superbowl.

Miley Cyrus broke down while signing 'Wrecking Ball' at the Superbowl this week. And the video has us feeling all the feels.

At one point during the performance, the 28-year-old noticeably teared up and struggled to get the words out when singing the chorus.

"It never gets easier," she said before continuing the song.

According to People, Miley later addressed the audience, saying, "Singing that song, 'Wrecking Ball' about feeling completely broken and shattered... everyone suffering is different, even everyone's threshold of pain," she said.

"I like to think I've got a pretty high tolerance, I wear a lot of glitter and I wear a lot of armour and I also wear my heart on my sleeve. And for that, it gets broken a lot and a lot of us have been feeling broken this year."

Miley split from Cody Simpson last August, a year after separating from her ex-husband Liam Hemsworth.

"Two contestants broke their ankles, another broke 12 ribs and there were several concussions," the source shared.

"One person who was injured even had to crawl off the course before safety and medics helped them," they said.

The source also told the publication that expert commentator Rob Riggle (actor and the host of the US version) was so shocked by the accidents, that he flew back to the States in a hurry.

"Working into the wee hours of the morning, Rob watched as multiple contestants had to be carted off set due to serious accidents," the source said.

"He flew back home shocked at the carnage he witnessed on set."

However, host Sonia Kruger downplayed the severity of the injuries.

"Everyone threw themselves into these challenges, and there's bound to be a few bumps and bruises along the way but it's never as bad as it looks," Kruger told Women's Day.

This comes months after television presenter Denise Drysdale became hospitalised after breaking her shoulder in three places on the set of the game show. She's still recovering.

Sounds to us like it's definitely more dangerous than SAS.

You can watch Holey Moley on Sunday at 7pm on Channel Seven.

Prince Harry and Meghan Markle have just made a surprise appearance on a Zoom call, and can we be next?

On Tuesday, the literary group Get Lit got together over Zoom in honour of Black History Month. And the Duke and Duchess appeared on their screens!

"Guess who surprised our poetry class this weekend?!" the Instagram account Get Lit wrote. "It was the best weekend EVER! Prince Harry and Meghan, The Duke and Duchess of Sussex, were magic and kind and interested in poetry!

"The Duchess even shared some of her favourite poetry lines. We are so grateful for their visit in honour of Black History Month. It goes down as most epic experience in Get Lit history!!!"

A post shared by Get Lit — Words Ignite! (@getlitpoet)

So we don't know about you, but we'll be waiting patiently for our Zoom call visit next.

5. Britney Spears tried to talk to us for years. We didn't listen.

There is a point early in Framing Britney Spears, a new New York Times documentary about the popstar's long-standing conservatorship, that surprised me more than anything else.

In an early interview, Britney claimed she's not just a manufactured popstar doing what a group of men in suits tells her to do.

She was a young woman, with authority, reading the contracts and making the decisions about her own image and career, she said.

I was taken aback at the clip, to be honest. I couldn't recall ever hearing Britney discuss her own agency before.

Now, on one hand, this could be because I was a tween in the early stages of her career. But also, as Framing Britney Spears points out, the media landscape and treatment of Britney has been unfair right from the very beginning.

At multiple points, we see interviewers ask inappropriate questions. This begins when she's only 10, when the host of a talent show asks if she has a boyfriend.

She says no, because boys are mean. She's ten. The host responds to say he's not mean, so could he - a 60+ year old man - be her boyfriend?

Britney was 16 when her debut single '...Baby One More Time' was released in 1997, catapulting her to instant popstar status and only increasing the invasive questions.

For more on Britney Spears' life in the spotlight, read our earlier article here.