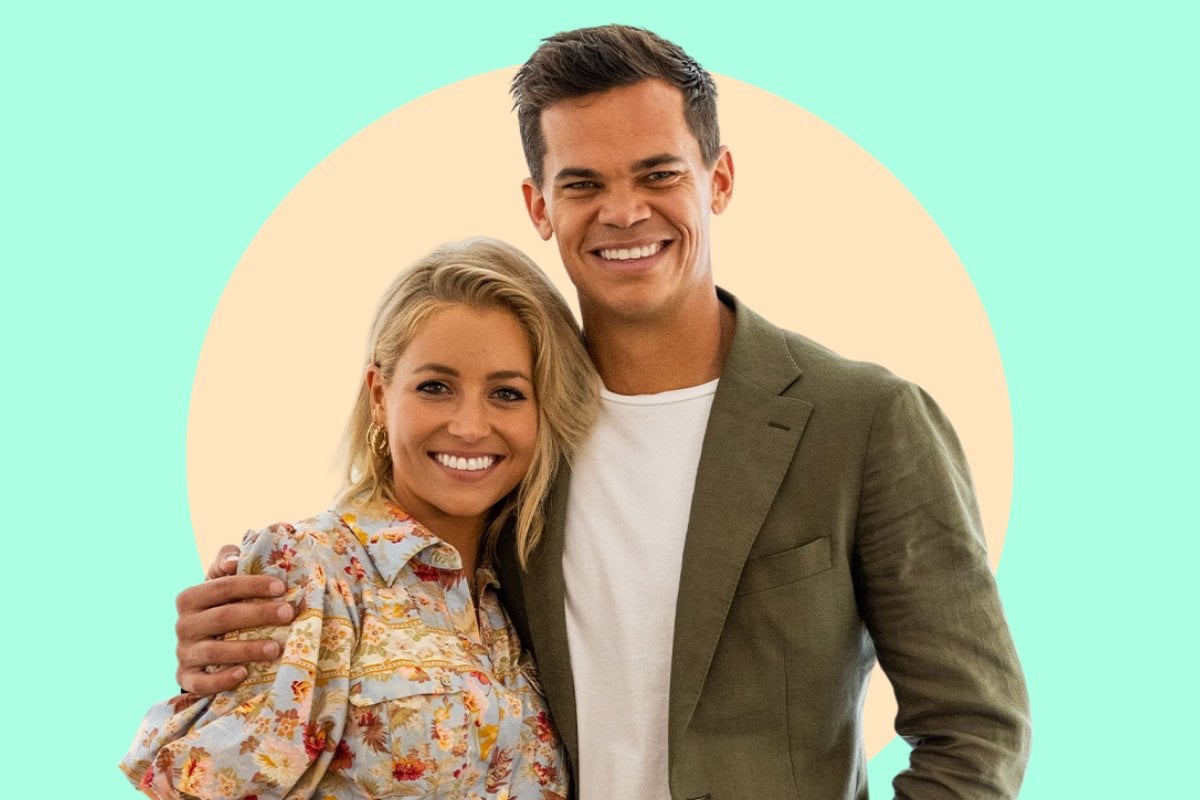 After weeks of cocktail party drama and bumper double episodes, we've finally reached the end of The Bachelor 2021.

And yes, as expected, all of our predictions about the winner were oh so right.

After a tense final episode, Jimmy Nicholson chose Holly Kingston as his final match, saying goodbye to runner-up Brooke Cleal, who unexpectedly re-entered the mansion after leaving the show due to a family emergency.

It was an incredibly close call. And the producers left us well and truly on the edge of our seats throughout the entire episode.

But now that we have our winner, we have one very important question:

Are Jimmy and Holly still together?

Yep, it looks like Jimmy and Holly are still together.

We were pretty sure about this because Jimmy has booked in a whole bunch of post-Bachelor press interviews, claiming that his 'winner' will be present too. Now we know that his winner is Holly, we can expect the two of them on the press train together.

Straight after the episode credits were rolling, neither Holly nor Jimmy had shared the announcement on their socials. But it appears the couple were just making us all sweat for an hour, because at 10pm on the dot, they both posted pictures and loved-up captions to celebrate.

Holly opened her message with, "I can finally say I believe in the saying ‘when you know… you know’."

While Jimmy closed off his caption by declaring that he can't wait to spend the rest of his life with Holly.

"It started with a cheeky wine on the red carpet and I can’t wait to spend the rest of my life with you," the pilot shared.

The official Bachelor Australia Instagram page have also shared a video clip from Jimmy and Holly's finale moment, captioning the clip with the cheesey line that has followed us around this season: "Jimmy has found the one who makes his heart soar!"

Before the season aired, Jimmy told Stellar Magazine that he had met "the one".

"I’ve met someone I’m really, really happy with," he shared.

"It’s love... things are going well. We’re spending lots of time together and I believe I’ve met 'the one'.

"The attraction was definitely there from the beginning, but it was towards the end that I knew she was the girl for me."

Speaking to 10Play, Jimmy also shared that he was excited to find love on the show after being single for a few years. Previously, Jimmy was in two "really long-term" relationships.

"I think it was really good timing," Jimmy shared. "I had a lot of time off work last year to think. At that stage, I knew I was going back to work, so I was very fortunate. I just thought okay, If I can get leave from work I'm gonna really go for this because I'm ready to meet someone.

"It’s a franchise that actually works. It’s worked out for a lot of couples that have got kids that have come out of it now, a lot of marriages that kind of stuff," he said.

"Love is first and foremost, at the front of everyone’s minds. I was really excited about the prospect of meeting someone."