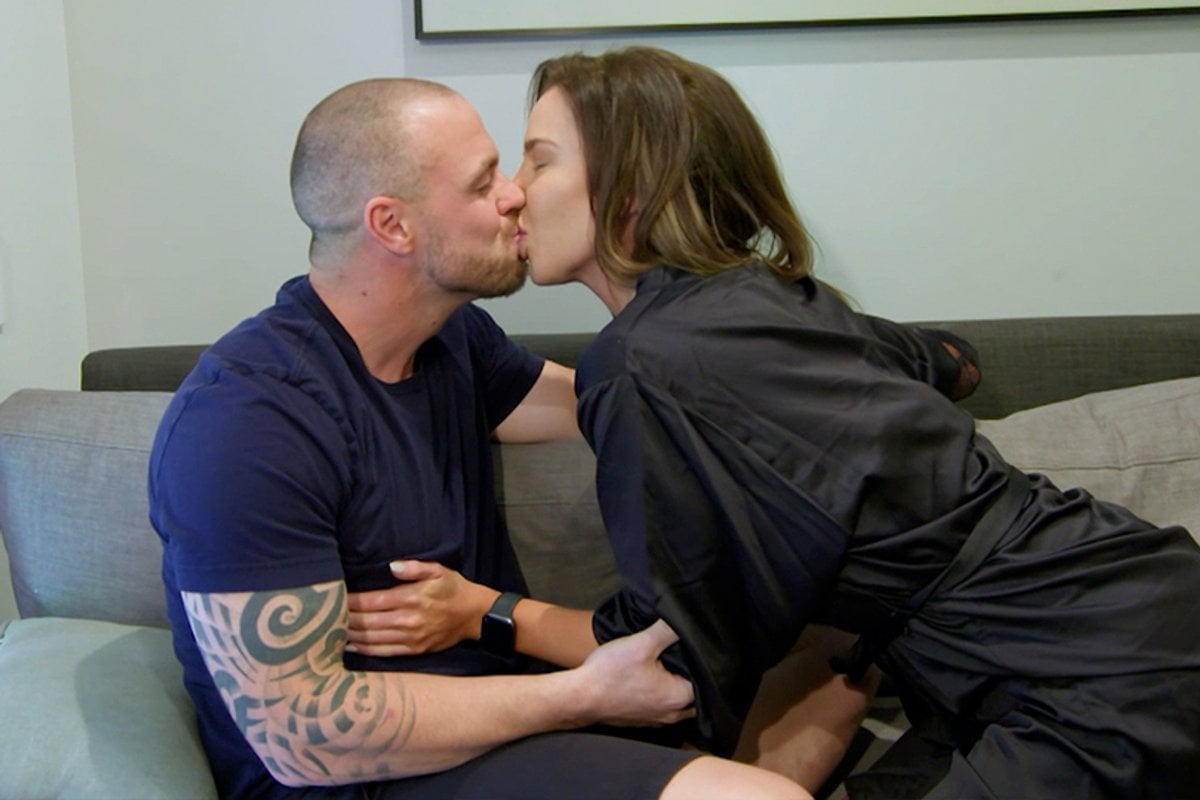 1. Exactly what happened after Coco and Cam left MAFS.

And to top it all off, after a steamy make out sesh between Coco Stedman and Cameron Dunne, the pair both left the experiment. Like, for good.

We gotta say, we were a little upset by the fact they didn't re-enter as a couple, but nonetheless, the pair would be pursuing a relationship "on the outside".

Well, according to The Wash, things fizzled out very quickly between the pair when they left filming back in October.

"There wasn’t really anything between them after leaving the experiment," a MAFS source said.

"Coco was hopeful but he pretty much ended up ghosting her. After leaving the experiment he returned to Melbourne and then moved to the Gold Coast, she went back to her home in South Sydney and they’d call each other – but the communication started to fizzle out on his end."

"When he would call her, he’d apparently just talk about his edit on the show, paranoid how he’d be perceived, rather than pursuing anything with Coco. Pretty sad really."

Adding to this theory was a report last week claiming that Coco had recently reconnected with her ex-husband.

Did we think this relationship had bounds of potential? No, but it would've been fun to follow!

Now, we'll be patiently awaiting the reunion to hear all about it...

2. Bryce has been flirting with another MAFS bride, and this is going to backfire in 3… 2… 1…

Beck Zemeck has just spilled all the goss about MAFS groom, Bryce Ruthven, and she's really not doing him any favours after the edit we've seen so far.

According to TV Week, Bryce told Beck that he rated her first on the "hotness" scale, and said it would be "easy enough" to reach the end of the experience with Melissa.

"I'm telling you, he was flirting with me - and talking down about Melissa," she said.

She also revealed that Bryce has a girlfriend on the outside, and it would be something that he's confronted with later in the season.

"He was seeing a girl, and his mate asked him if he wanted to get her a gift. He told me this in the gym."

This isn't the first we've heard of Bryce's secret girlfriend.

On the Anj, Rob & Robbo Show in February, fellow radio presenter and friend of Bryce's, Jason Roses hinted at Bryce having a girlfriend on the outside and that it would be causing drama soon enough.

I was talking to someone off camera, so I thought the camera wasn't recording me. And I might have said something that is going to cause big, big [drama]," he said.

3. Sam from MAFS is now dating an ex-Bachelor contestant, and you probably won’t recognise her.

After leaving MAFS last night, it looks like Sam Carraro might have a bit of a thing with another reality TV contestant.

According to The Wash, Sam is apparently dating former Bachelor contestant Sandra Rato, who you may or may not remember from Sam Wood’s season in 2015. 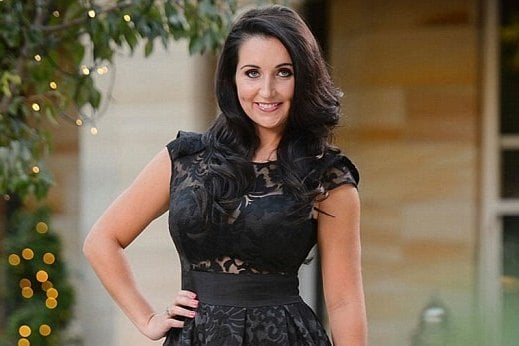 The publication was sent photos that a reader recently took of Sam and Sandra out and about in Melbourne’s St Kilda.

"We saw him walking with Sandra and holding hands along Acland Street," said the reader.

But despite the alleged hand holding, Sandra said that her and Sam are just friends.

"Sam and I are mates… catching up… we have known each other for 13 years… Was great to catch up and talk about Sam’s experience and how he was feeling as I can relate being a former reality show contestant myself," she told The Wash.

"He’s really genuine and caring and we get along really well as we are both fun loving extroverts."

4. "You’re dumb." J-Lo responds to the wild rumours her and A-Rod have split.

Jennifer Lopez has addressed rumours that her and Alex Rodriguez have called off their two-year engagement. And it's quite possibly the best response we've ever seen.

The singer shared a video on Instagram which featured different shots from her film and music career, as well as a bunch of recent headlines about their supposed breakup.

"Jennifer Lopez and Alex Rodriguez break up, call off two-year engagement" reads one.

The video then cut to a clip of J-Lo saying "You’re dumb" from a 2020 Vanity Fair video, which seems to be very much directed at the all the rumours.

The couple previously addressed the accusations in a joint statement to USA Today, over the weekend.

"All the reports are inaccurate. We are working through some things," they said in the statement, delivered via Rodriguez's representative Ron Berkowitz.

5. A censored WAP and broken records: The 12 biggest moments from the 63rd Annual Grammy Awards.

So far, the pandemic has ruined all the things we love most about award shows.

Which is... the ridiculous outfits and the interaction between celebrities who may or may not have dated and/or feuded.

Thankfully, the 63rd Annual Grammy Awards came through with a real-life award show just in the nick of time. Seriously. I couldn't handle another screen of talking heads with surprisingly bad Wi-Fi.

The show wasn't totally back to normal - it was held outside rather than in the Staples Centre, with no crowd, a stripped down crew, social distancing and masks. But by our new pandemic standards, it went pretty well.

Hosted by Trevor Noah, the awards show featured approximately 12,000 performances, a two-hour in memorium segment and lots of broken records, mostly because... Beyonce.

The whole thing was nearly four hours long and since we value your time more than mine, here are the 12 biggest moments you'll probably be hearing about:

There was a REAL LIFE RED CARPET.

There were no Zoom cameras on the red carpet and I am so happy I could cry. HOLLYWOOD, YOU NEED TO ADMIT ZOOM RED CARPETS SUCK.

Thanking the vaccine gods (a.k.a Dolly Parton) that this happened for the Grammys, which are the most ridiculous, over-the-top red carpet of them all.

The amount of stars on the carpet was less than usual, but we still got the freaking weird (and also fabulous) fashion moments we craved: 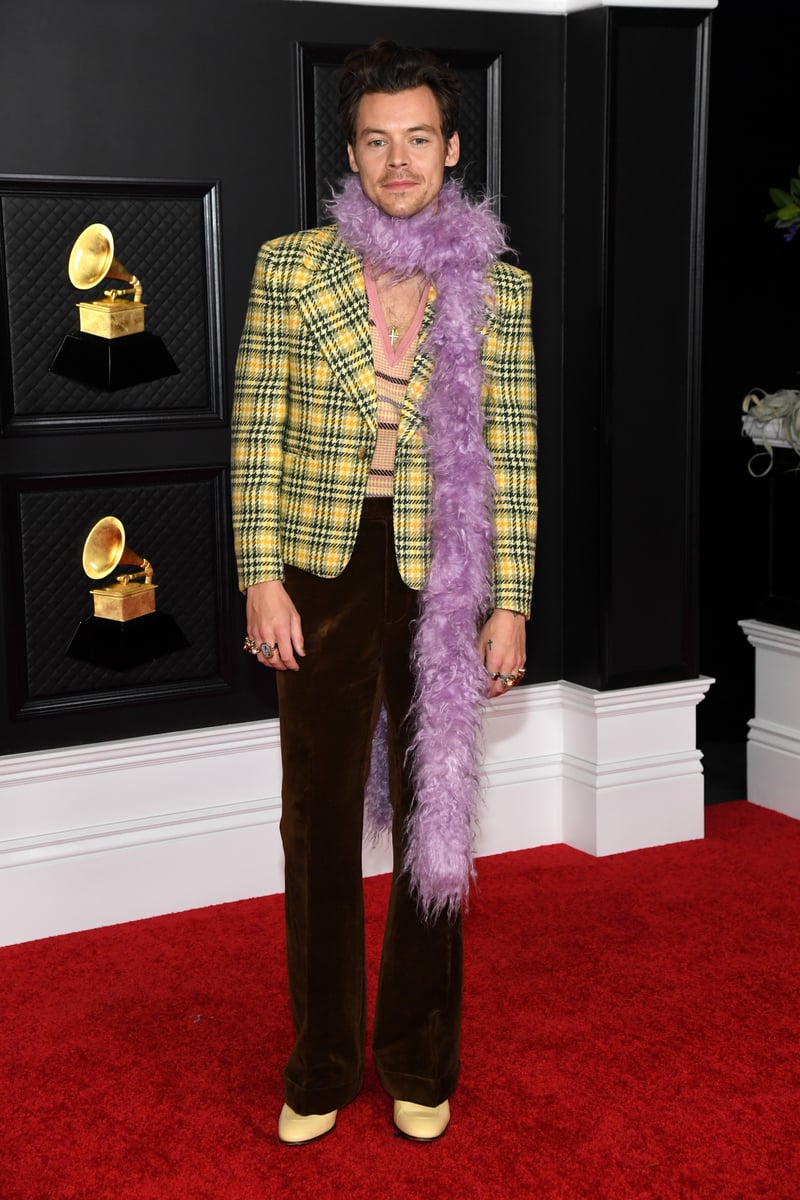 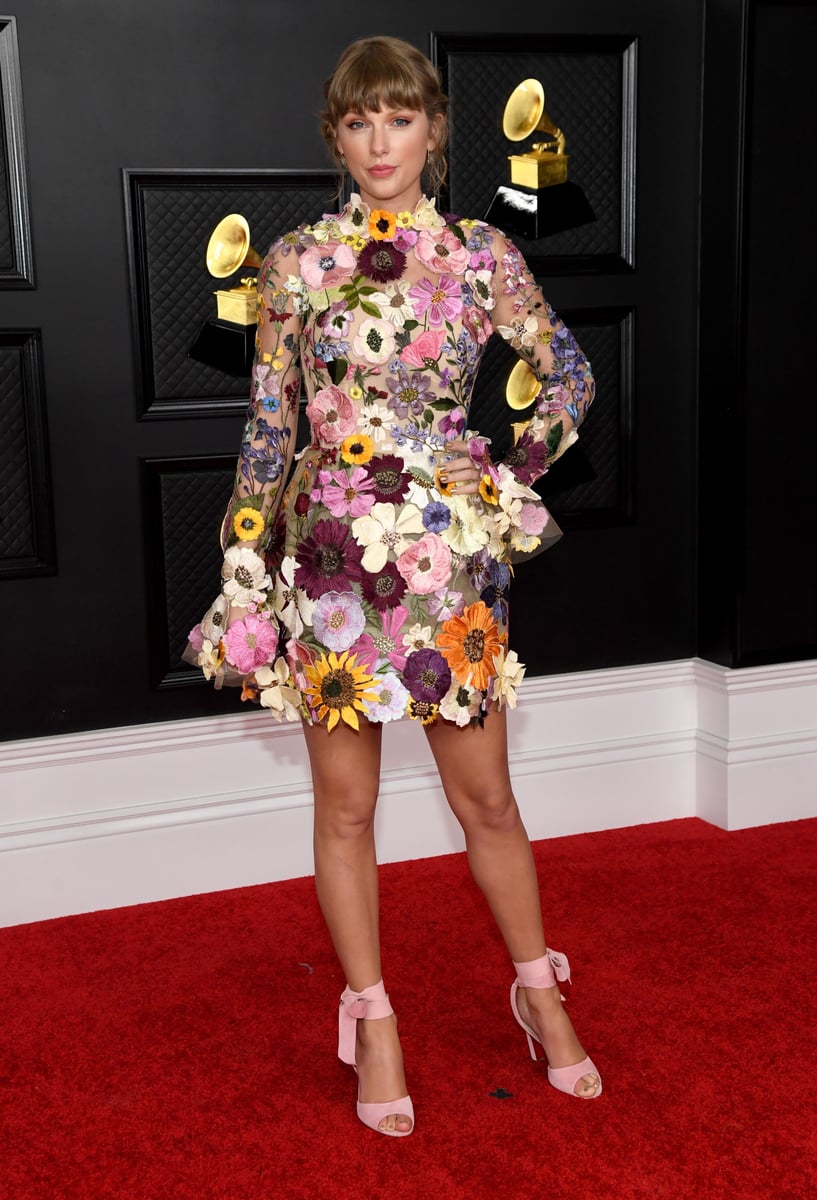 Taylor came as a literal bouquet. Image: Getty.  To see all the outfits (and more!) have a look at the full article over here.