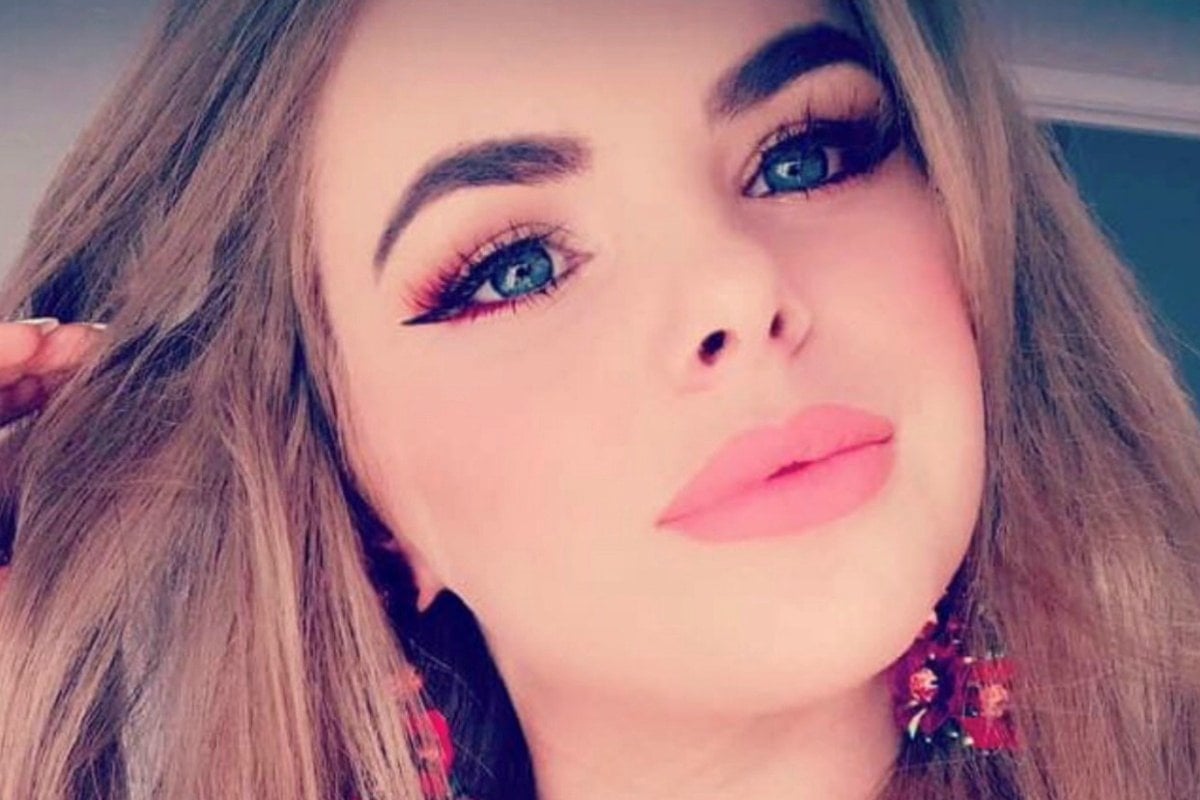 Cowering in the bathroom of her family's Queensland home on a Monday night in November 2016, April Wilmot was certain she was about to die.

She was with her mother, her brother, and her brother's girlfriend, and she had known this day was coming. She just didn't know how it would happen. She'd also hoped it wouldn't involve her family, when her time eventually ran out.

They'd made a habit of parking one family car tail-first into the garage so they could have an easy escape.

They'd often sleep in the lounge room, the most central part of the house, so they could hear any movement or noises that might alert them to the imminent threat that awaited.

April had only been with Neil De Graaf on and off for a year before their breakup. A year later, the family still lived in fear and April and her mum had even discussed fleeing overseas to escape what they felt was an inevitable attack on their lives.

That's how April, then 23, her mother, brother Shannon, 18, and his girlfriend Casey, 18, found themselves hiding in a bathroom, after the 37-year-old crashed his car into their Ipswich home.

They had been relaxing for the evening when they heard a sudden bang.

They listened on, hysterical, as he broke into the downstairs door with a shovel he'd found in the garden.

It's the first time she's felt ready to speak about the event that upended her family's life, joining other Australians who have 'cheated death' on SBS's Insight on Tuesday night.

"When my mum had her back against the bathroom door, and he was trying to kick it in, I was expecting at any moment that an axe would go through my mum's back. I was thinking weapons, not fire. So when the clear liquid was pooling underneath the door, following the grout lines into the bathroom, I had a second where I looked at it quite confused. But I didn't have much more time to think about it before the bathroom door was in flames," said April.

Neil had brought two jerry cans of fuel and a gas bottle into the home, and after spilling their contents, he set the property alight.

"You just think 'do we start cuddling now?' There's no way out. The feeling of flight or fight is so intense. I went from screaming into the triple zero phone call to standing at the sink in the bathroom with my hand up on it trying to hold myself up, while crouching down on the floor because I couldn't actually speak. I went from screaming to kind of quietly whispering into the phone because the fear actually takes your breath away," April told Mamamia.

"The way I described it directly afterwards, and I haven't been able to think of a better way since, is it's exactly like being on the Giant Drop at Dreamworld where you have that inhale feeling in your stomach but it doesn't last for a couple of seconds like on a rollercoaster. You are having that intense stomach ache because you know you're about to die," she said. 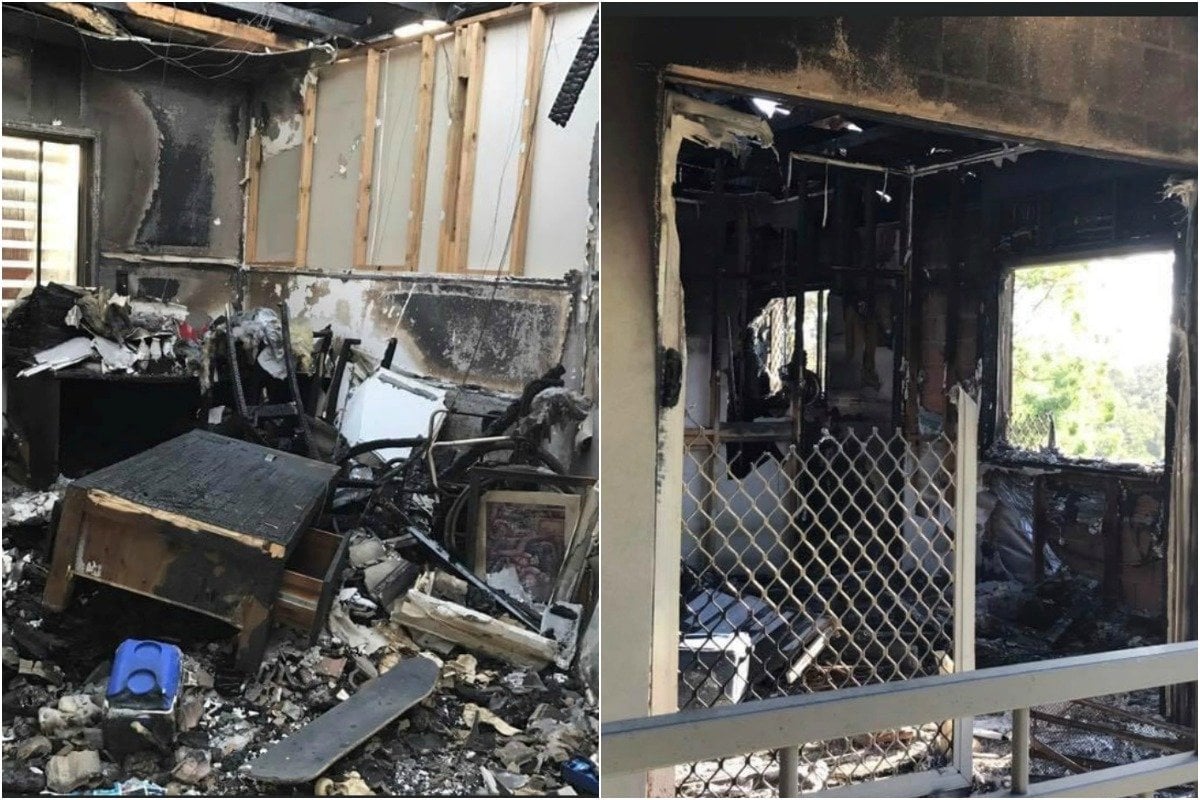 Neil died that night from injuries he sustained in the fire, and as the media pounced on the story, April watched on as the man who had made her life a living hell was glorified and excused in the headlines.

"It was about Neil being this high-flying banker who drove this nice car and had a nice job and 'has he snapped?' or was he just 'pushed over the edge?'" April remembers.

"Neil as a person to the media, and to me when I first met him, read like the perfect man on paper. Naturally a lot of people were perplexed when they first heard this story about how this guy who seemed to have his life together could do something like what he did. But the reality was so far from the truth. It's easy for the media to paint this 'family man' image, but you don't know what's going on behind closed doors," she told Mamamia.

After seeing some corners of the media glorify Hannah Clarke's murderer in February 2020, and seeing so many parallels between their situations, April knew it was time to make sure the voice of survivors continued to be heard.

Neil wasn't physically violent before the night he tried to kill her.

"He wasn't a person who yelled or screamed or threw things across the room or punched me or kicked me or anything like that. If you interviewed the neighbours on either side of him, they would have heard nothing," explained April.

"Even in the phone call I had with him just before he came to my house, he was so calm. Like he was going to the movies, or just going about his day," she told Mamamia. 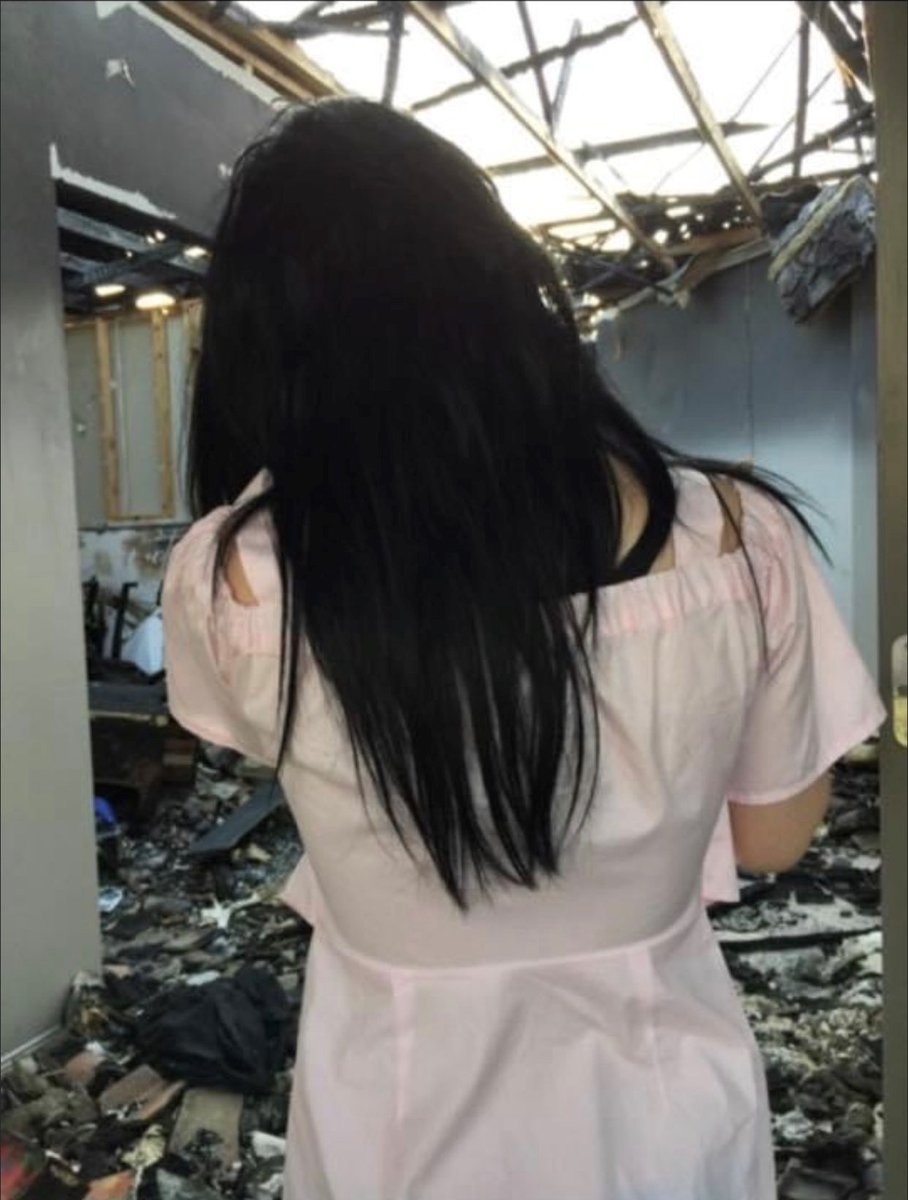 April says she knew before the fire that she was going to die one day at the hands of her ex-boyfriend. She just didn't know how, or when. Image: SBS/Supplied.

"Don't worry about it April, I have another plan anyway," he'd told her over the phone at 7pm while driving to her house. Minutes later he had smashed his way through the garage.

"I don't think Neil cared if I was in that bathroom or not. He just heard four screaming voices and thought it was a good idea to continue. He knew it was a family home, so he knew he was taking out an entire family and that didn't even faze him," said April.

"I experienced 'flight' and so did my mum and Casey, so we were not moving from that bathroom. We would have died not knowing we had a way out. Thank God Shannon thought so quickly and just opened the door and said 'everybody out.' He ran out and we just naturally followed the leader. If Shannon didn't have that fight reaction, we would all not be here. He saved our lives that day," she told Mamamia.

With the house not yet fully alight, the family were able to run past the growing flames to safety, escaping serious physical harm. But the psychological trauma is permanent. All four started having visual and sensory hallucinations in the weeks afterwards.

"You feel like you're losing your mind," said April. "I'd smell smoke when my mum called me. One night I was driving home and a black figure made of ash stepped onto the road." 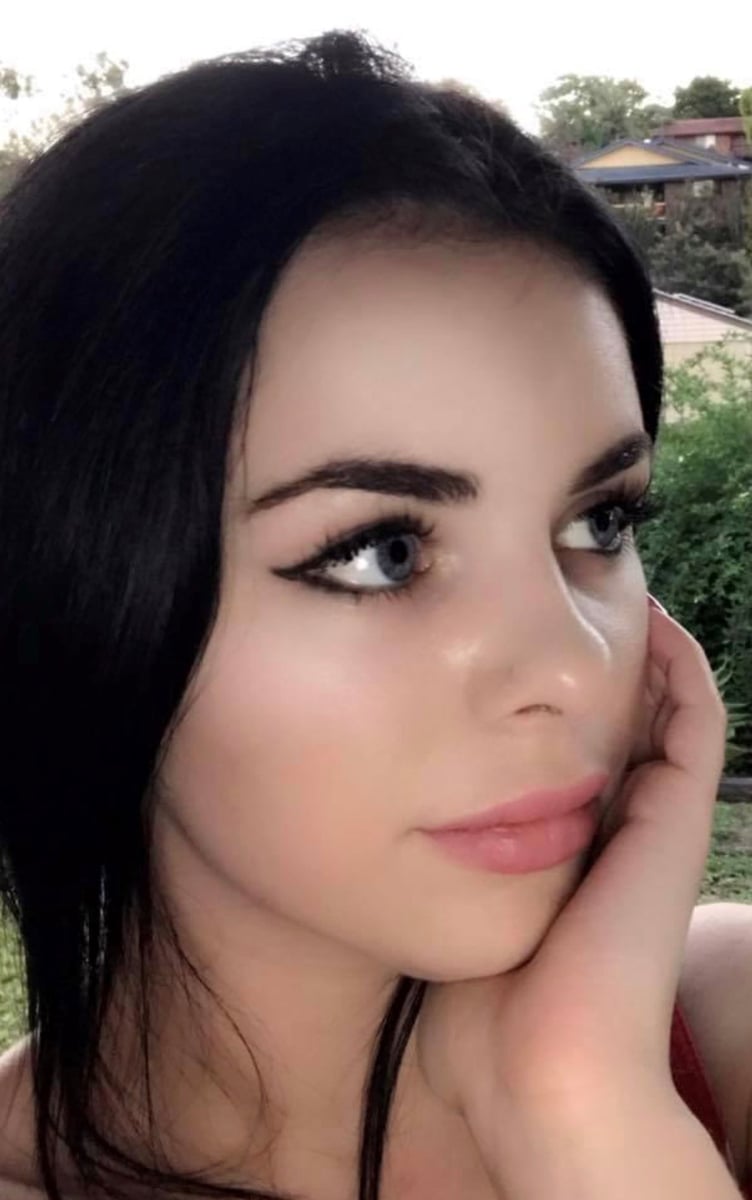 It has taken four years for April to be ready to tell her story. Image: SBS/Supplied.

She will never be the same again, but that's something she has now accepted. There will always be a 'pre-fire' April and a 'post-fire' April, because it was an event that changed her forever.

"When you speak to people who have gone through traumatic events, they will often refer to 'before,' because it's a completely separate you," she said.

For the women currently living in domestic violence relationships, who maybe don't even realise they are in danger, April wants to make something clear: "sometimes someone will be physically violent to you for the first time on the day they are trying to kill you."

"Trying to profile someone who is like that is also not as clear cut as what you might think. They aren't always that entitled, arrogant guy that you're sort of like 'oh, you're a bit much.' You can be dealing with someone who is incredibly calm, and incredibly collected," she told Mamamia.

April says raising awareness is the first step to breaking down the main barrier that violence thrives in - silence.

"I think it's important to keep speaking out about it, and I am ready to contribute to that," she said.

You can watch April and others talk about cheating death, on Insight, on SBS On Demand.