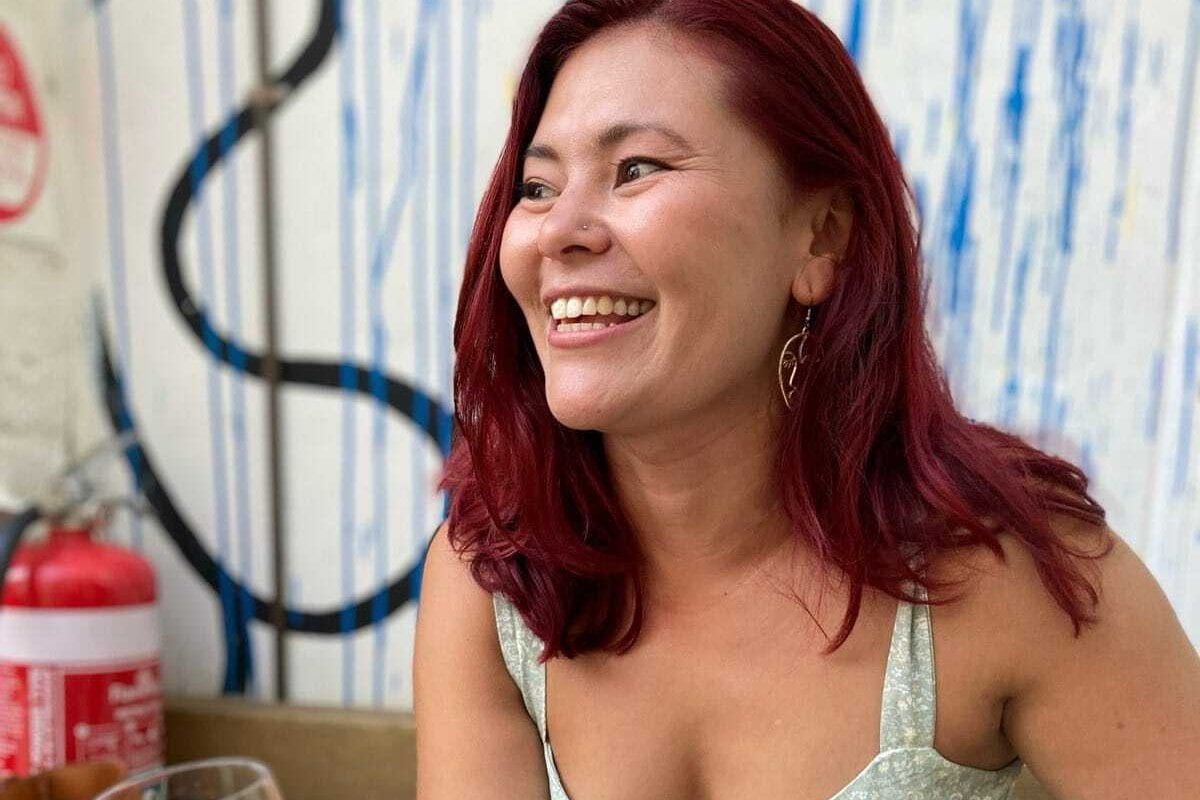 I was born in Australia but I grew up speaking Russian. That was my first language.

My family is mixed, with Russian, Mongolian and Chinese.

As a kid, I used to be jealous that my cousins were all Russian because they fit in because they were white. I love Australia, but growing up, looking even just a little bit Asian, I used to be picked on. My family grew up in schools with a majority of Anglo-Aussie kids, and so we were called “slanty eyes”, things like that, and that wasn’t even during a time of conflict.

I used to really play up the Russian side, because I thought that would make me more accepted. And now this is happening.

I’ve been in shock and disbelief. It’s incredibly heartbreaking. It’s also shameful. It’s like a shame to be associated with that.

There’s so much support for Ukraine right now and hatred for Russia.

It makes me worried and saddened. Like almost everyone in the world, I think the invasion is a tragedy and it shouldn’t be happening, but I just hope people would understand that the everyday Russian doesn’t want this war either.

Obviously there will be anti-Russian rhetoric.

I know they need to put sanctions on Putin and the oligarchs, but when they start throwing out other ideas, things like preventing Russian students coming into the country, I find it concerning. I’m just worried about hate being spread in the community.

Certain older people in my family aren’t talking about the invasion.

My grandparents are full Russian.

My grandma has never learnt English, not enough for her to have a conversation.

They wanted to stay in touch with their own culture, their own language, so they would have been watching the NTV Russian news that was broadcast on SBS. But a few days ago SBS stopped broadcasting it.

NTV would obviously have had propaganda in its news because it’s broadcast from Russia. They would have created fear to try and justify the government’s actions.

My grandparents lived in China during the Cultural Revolution, because their parents fled to China after the 1917 Russian Revolution.

My grandparents would never voice their own political opinions because it could be used against them and they could have been arrested.

I think that’s why they’re not talking now about the Russian invasion of Ukraine. But it’s also concerning for me because I want to know, “Do you agree with this? Do you disagree?”

The reason why my family came to Australia in the first place is they just wanted to live in a safe environment away from conflict and upheaval.

My parents always brought us up, as kids born in Australia, to say how lucky we were to be Australians, but they’ve also brought us up not to forget our own cultural heritage, because it’s important, because that’s where the family’s from.

What concerns me, coming into an election year in Australia, is if one particular party is going to be capitalising on the fear of Australians to win votes, there might be some racist comments being made about Russia.

Racism is ignorance but it’s also fear. I feel like our politicians might use that to their own advantage to try and win elections. Rather than uniting a community, they’ll divide it for their own personal gains.

I’m worried, not even just for myself, but for the wider community.