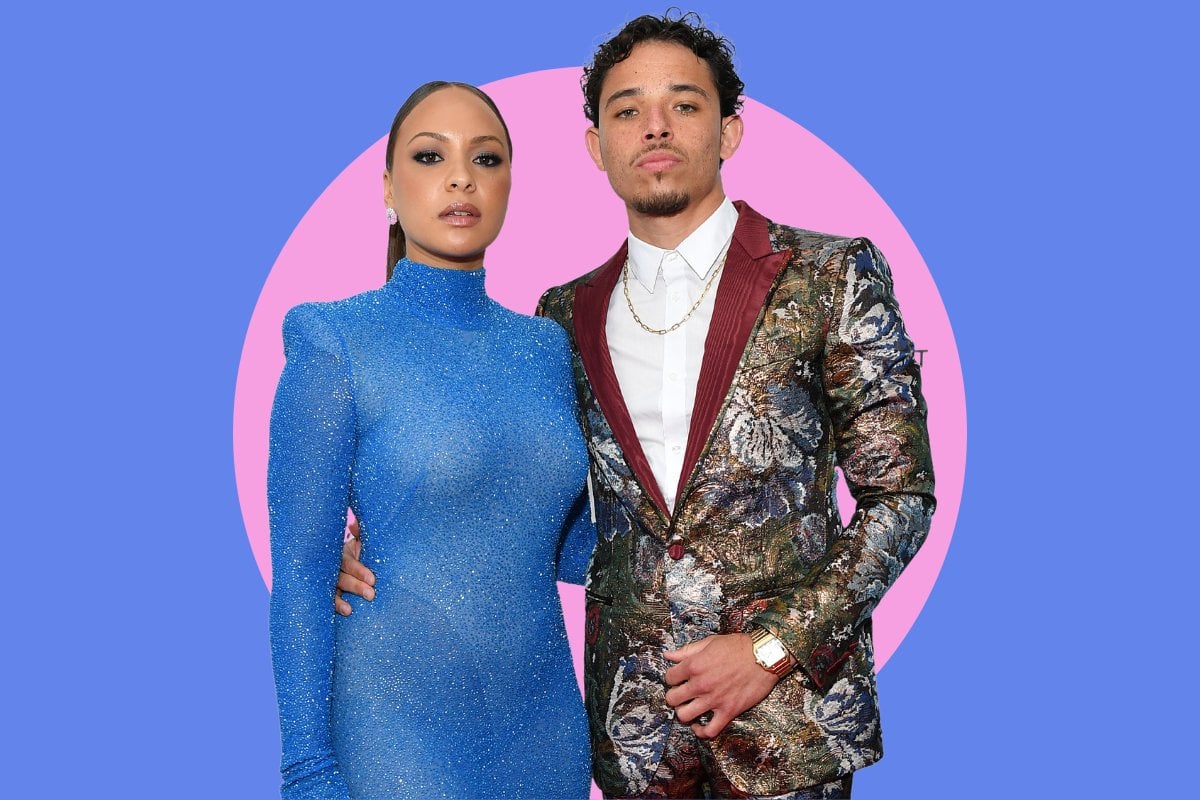 Another day, another celebrity breakup.

The latest appears to be Hamilton the musical 'it' couple Anthony Ramos and Jasmine Cephas Jones, who appear to have split after six years together - and just weeks after sending out wedding invitations.

What makes this particular breakup so high profile is the murky timeline. Because, you see, a rather damning video allegedly featuring Anthony appeared on the internet recently, and while many dismissed it as fake, the couple's breakup timing is now... a bit suspicion.

Watch: The Hamilton trailer for Disney+. Post continues below video.

Here is exactly what's gone down.

Okay, back up. Who are Anthony Ramos and Jasmine Cephas Jones?

Are you telling me you haven't seen Hamilton..?

So: Anthony Ramos and Jasmine Cephas Jones are actors who first met in 2014 during rehearsals for Lin-Manuel Miranda's musical Hamilton.

According to Miranda, Ramos was spotted "sneaking glances" at Jones during their first read-through together with the cast.

They announced their engagement after Ramos proposed at Arundel Castle in West Sussex on Christmas Eve, 2018.

"Thank you for saying yes to writing stories together for the rest of our lives. I'm honoured and blessed to marry you," Ramos wrote on Instagram.

Both have since forged successful careers in film and television: Ramos appeared in the 2021 film version of In the Heights and alongside Lady Gaga in 2018's A Star Is Born.

In 2002, Cephas Jones won an Emmy for her performance as Tyisha in #freerayshawn, and currently stars in TV series Blindspotting.

So, what's going on with their breakup?

The short answer is: a lot of speculation.

The long answer is: On November 29, a TikTok creator with the name Dear Jane - who reenacts and shares stories about celebrities sent in by followers - uploaded a video in which they claimed to be working at a strip club when an actor, who looked familiar, arrived at the club with a woman.

The pair were "tipping the dancers and all over each other" according to the video.

They said they had done a lot of Googling and realised who the actor was, and that they were engaged to another woman.

The TikToker did not name Ramos, but included a redacted People article that was about the actor.

The end of the video included a two-second clip that appeared to show Ramos and the other woman at the club, but his identity has not been verified.

Many questioned the validity of this because after all, there's little proof its true. Even the image supposedly showing the actor is dark and grainy, with a man hiding under a hat.

But from here, other fans noticed that Cephas Jones had deleted or archived her November 1 birthday post for Ramos and her family had stopped interacting with his content.

The most recent remaining post on her feed is from June, when she praised him for his role in In The Heights.

Unsurprisingly, this all spread like wildfire across the internet, and the couple's names began trending on social media.

had not anticipated anthony ramos becoming the villain in our history

It feels like Anthony Ramos cheated on all of us pic.twitter.com/N48hEkqabF

While the internet loves to jump to conclusions, none of this means he definitely cheated.

Neither Ramos nor Cephas Jones have commented on their breakup, so we have no timeline of when it all happened.

All we do have is a TikTok video and... anonymous sources.

A day after the video went viral, a 'source' confirmed to E! News that they had called off their engagement and broken up after six years together.

Another source confirmed to Page Six on November 30 that the couple's engagement had "previously ended", but did not specify when. A separate insider told the same publication that the couple had sent out wedding invites just a few weeks ago.

In June, Ramos gushed about Cephas Jones to People, calling her his "rock".

"She's a pillar. What's amazing is that she's doing it on her own, too. She's having her own moment... I'm truly just eternally grateful for her, man. I get excited when I think about it."