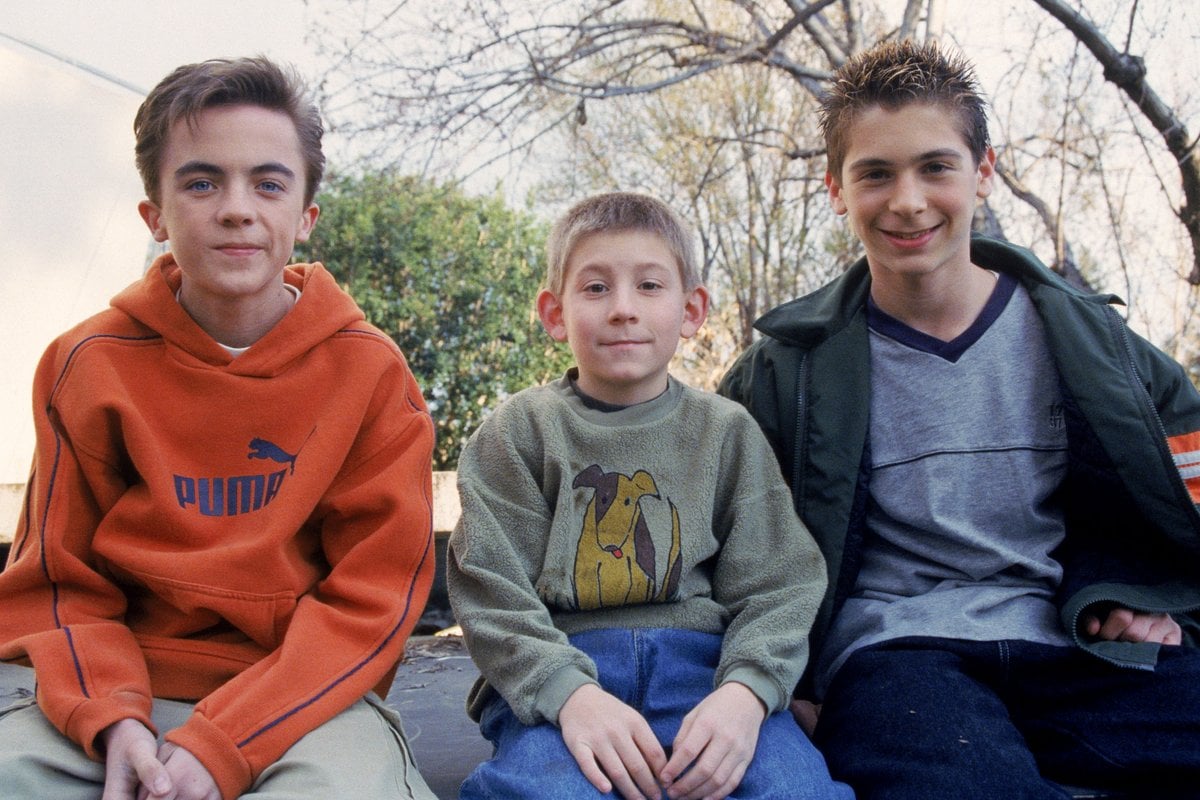 Just gonna say it: If you clicked into this, then chances are you were probably the annoying sibling. ¯\_(ツ)_/¯

Did you used to scream way too dramatically when your siblings hit you so they would get in trouble? Did you hide and eat all the good snacks? Get really hyper when they had friends over and show off? Cause SAME.

Being a little pain in the a** was seriously hard work, wasn't it?

Watch: The unspoken, heroic acts of sisterhood. Post continues below.

Just in case you're about to argue the fact that you weren't the annoying sibling (such an annoying sibling thing to do), we've pulled together an entire list of all the things you most *definitely* did.

1. You never washed up after dinner.

"Being the one who would take FOREVER to finish their dinner which prevented everyone from leaving the table. OR the one around dinner time who always always just had to go to the bathroom when it was time to clean up after dinner." - Isobel.

2. You'd go to extreme measures to get your siblings in trouble.

"I used to hit and slap myself on the arms and legs loudly and pretend my brother was doing it. Sometimes I would get my little makeup kit and put black, blue and purple smudges on my skin to make it look like bruises." - Rikki.

3. You always hid/ate all the 'good' snacks.

"Picking out specific colours of lollies that you knew were everyone's favourites and leaving them with the s**t colours (e.g. eating all the pink fruit tingles, or eating all the red snakes, leaving the greens for everyone else)." - Julia.

"My brother would eat most of everything but leave a little bit, so he wasn't the one who "finished it". So, you'd find a tub of ice cream with one scoop left, a pack of Tim Tams with one left, a bag of chips with a handful left. It drove me crazy." - Melody.

4. You always eavesdropped on phone calls between your siblings and their friends.

"I used to pick up the spare phone on the land line so I could hear my sister's conversations." - Alyssa.

"When I was younger, my parents bought a cordless phone. This was a very exciting new piece of technology because I could take it into my bedroom! However, what I didn't realise for quite some time was that my brother was able to tune his bedroom stereo to the same frequency as the phone and listen in to all of my conversations with his mates..." - Kate.

5. You were the master at instigating fights.

"Being the sibling that was the niggler, like the one who'd just poke and poke and provoke until someone exploded." - Olivia.

6. You needed ALL the attention.

"My parents had to give me a present on my sister's birthday, otherwise I would just cry and steal hers WHILE she was trying to unwrap them." - Gemma.

"Flipping the Monopoly board if my brother was in the lead and bought ALL the damn real estate." - Shelly.

8. You were just actually the worst.

"I used to lick the cream out of the centre of the orange biscuits and put them back into the jar... but that probably annoyed the WHOLE family." - Rikki.

9. You had to win at everything and anything.

"One time when we were on holidays, my sister was in the kids' club talent show doing gymnastics and I was jealous - so I signed up late and did a stupid improvised dance. I basically made sure I won to annoy her." - Tamara.

10. You'd eat all the other ice cream flavours, but leave vanilla.

"Eating all the strawberry and chocolate straight from the carton of Neapolitan ice cream. Vanilla for everybody else." - Anya.

11. You would steal your sibling's stuff on the reg.

"I used to gaslight my sister so bad. I would steal her stuff and hide it and then watch as my parents would tell her not to be so crazy as she screamed that I was doing it to her on purpose." - Laura

"I once wanted to get some attention and thought some light suffocation would do the job. So, I lay down, put a beanbag on my head and coaxed my sister to sit on it. Then I freaked out and started screaming and my sister got in trouble, and I let her take the blame." - Emmeline.

"When my brother started walking, I… pushed him over… continually." - Leah.

14. Your siblings never invited you to play.

"You would always be the observer in a game (board game, physical activity) between siblings, and never being invited to actually play." - Li.

Feature image: Malcom in The Middle.

Who was the annoying sibling in your family? Share your experience with us in the comment section below.