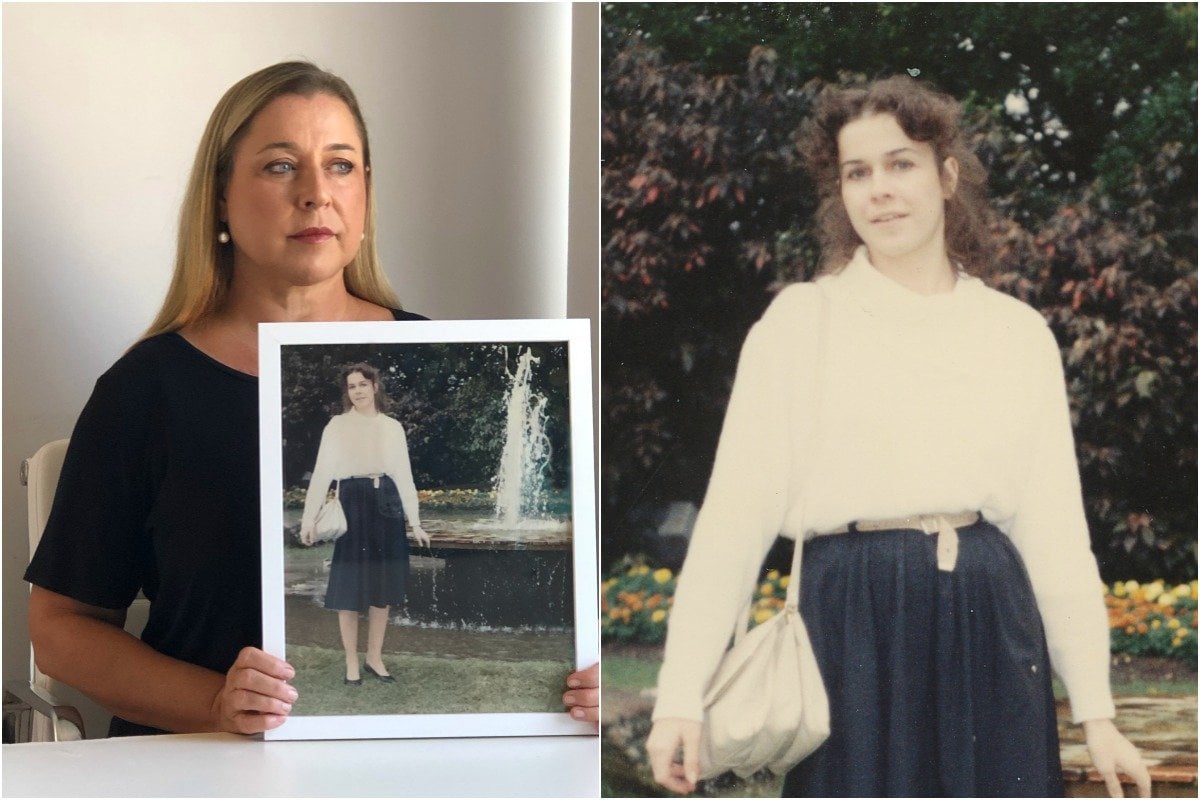 A year before her death, Anne-Marie Culleton opened up her brand new journal, aptly titled 'My Life - life is a garden, love is the rose', and jotted down her 19-year-old dreams for her future self.

On page one she wrote: “I want to be an artist, but until I can support myself in this particular field, I would like to be an interpreter.

"But until I’m good enough to be one of those, I’m going to have to get a job as a receptionist come secretary – which I don’t mind but I’m not overly fond in any case.

"So those are my career plans. I’d also like to be a designer or photographer. I’d like to learn pottery and hang gliding. There’s a lot I’d like to do.

"But most of all I want to leave Darwin… I want so much to travel. I yearn for it. I yearn for a lot of things that I won’t divulge just now."

But Anne-Marie would never get to pursue those dreams, because she was brutally raped and murdered in her Darwin flat a year later in 1988, after her next-door neighbour broke into her home while she was sleeping.

Jonathan Peter Bakewell raped and strangled the 20-year-old before immersing her body in scalding hot water in an attempt to advance body decomposition. 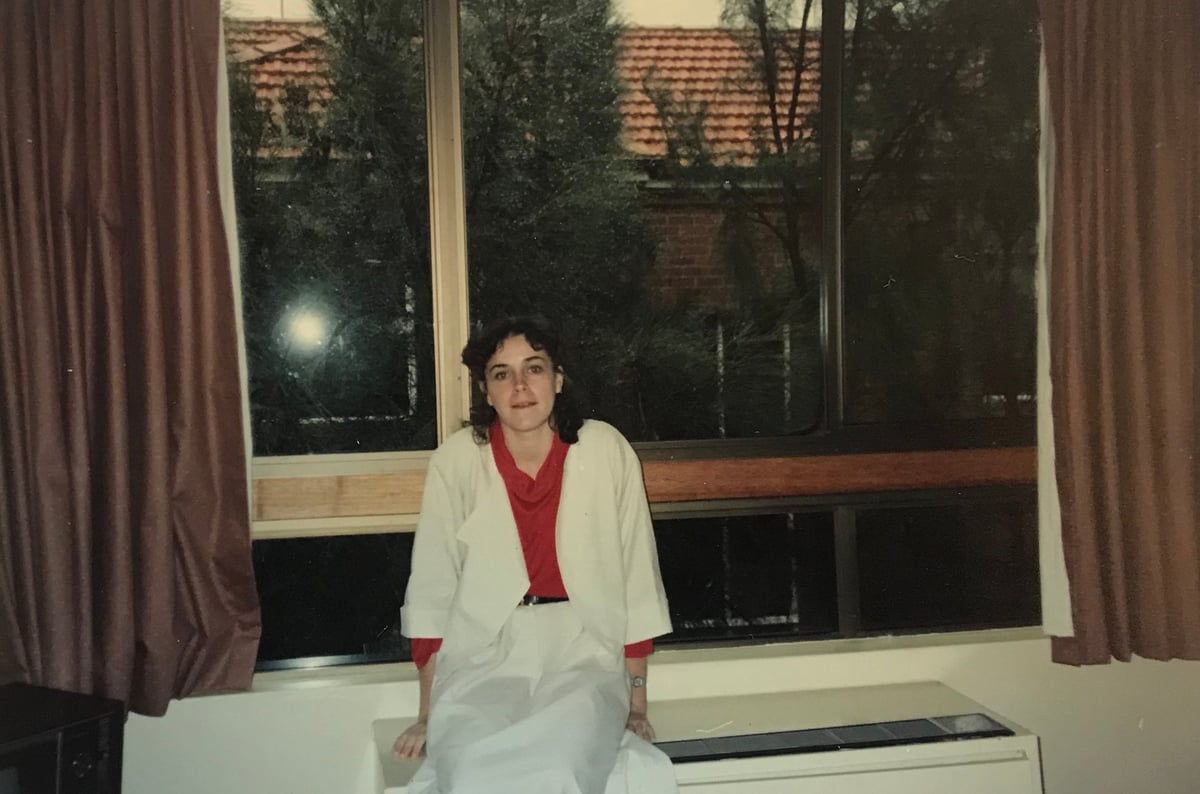 Anne-Marie was raped and murdered in her own home in 1988, aged 20. Image: Eileen Culleton.

Bakewell was sentenced in 1989 to life in prison, and Anne-Marie's devastated family thought that was that. Anne-Marie's killer would spend the rest of his life behind bars, and they could get on with trying to work out how to live life without her.

But as Eileen Culleton, Anne-Marie's younger sister told Mamamia, "Parole boards, as far as I am concerned, are bias towards the offender."

Bakewell was released from prison in September 2016 after serving 28 years behind bars. He went on to breach parole four times for drug taking, yet the parole board released him for the fifth time on October 18, 2019. 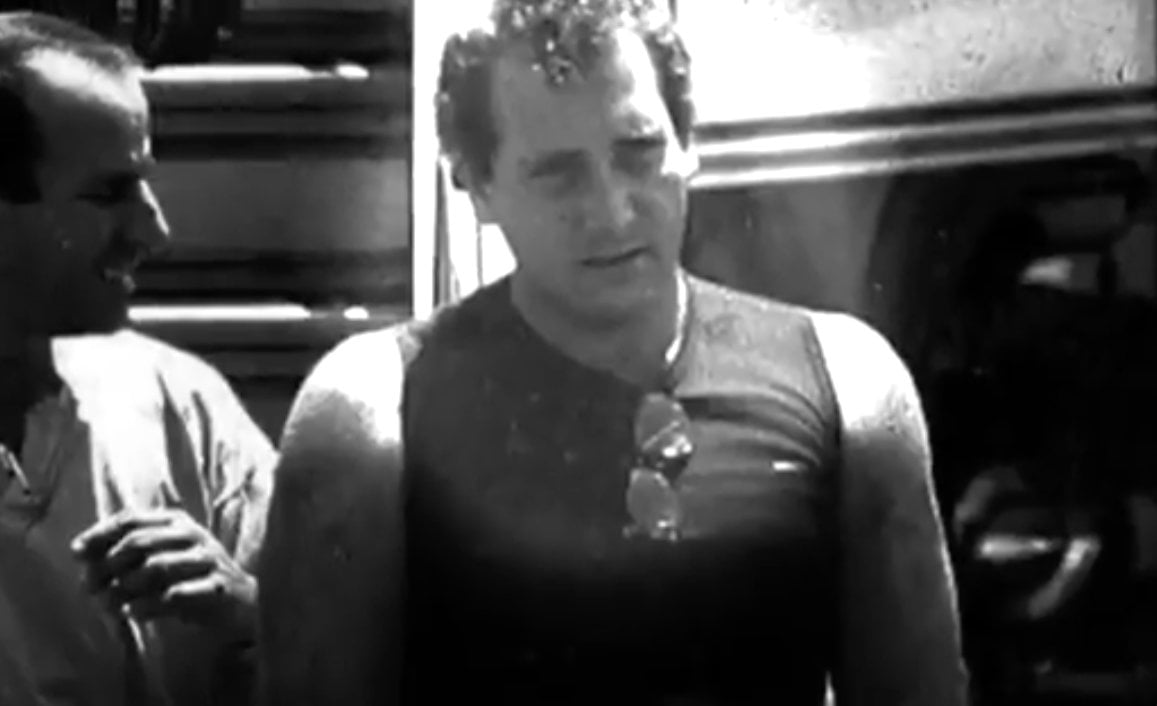 "I fought for nine months. I had to write to all the ministers, then I went to the media for the first time in my life. I put in submissions. I fought hard. And they ignored me and let him out. I was an absolute wreck at the end of it," she told Mamamia.

Since the 2019 parole board ruling, Eileen has had to take a year to gather her strength before feeling ready to fight again. This time, she's not giving up.

"Every other week I am seeing some poor family in the media desperate - begging the parole board to keep their loved one's rapist murderer behind bars. Family after family after family. It's absolutely shocking and it breaks my heart. I have been through it myself, and I've had enough," the 51-year-old told Mamamia.

"I have seen the entire spectrum of judicial and political decisions over the past 32 years. I have seen justice been done, and then justice ripped away from my family," she said. "It should not be up to victim families to be fighting to keep communities safe. It's cruel. We should not have to bear this burden."

Watch: Eileen Culleton on The Project. Post continues after video.

Video via The Project.
ADVERTISEMENT

Eileen has launched a petition calling for national law reform for mandatory life sentencing without parole for rapist murderers. At the moment, rape is only considered an "aggravating factor" if the victim was murdered as well. But Eileen wants rape and murder to be treated as stand-alone offences to reflect the gravity of the crime and to enable specific mandatory sentencing.

"I am appalled at how broken the justice system of Australia has become with its weak sentencing and its failure to protect the community," she writes in the petition. "Today there is rarely true justice for murdered rape victims and their loved ones and the community is not being protected with rapist murderers being released on parole and attacking again." 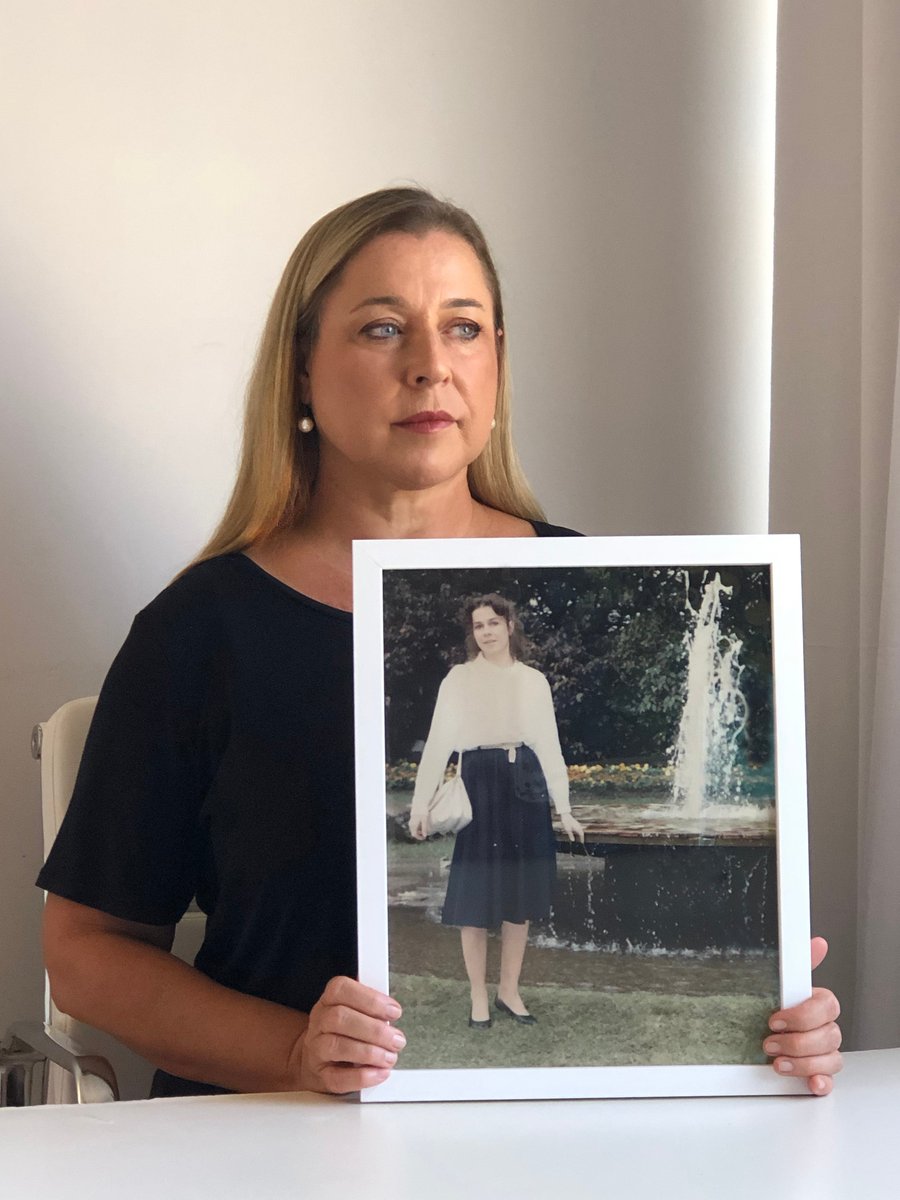 The last time Eileen saw Anne-Marie was on her own 19th birthday.

"It's my happiest memory of her," she tells Mamamia. "We were having a family birthday dinner at a restaurant. Anne-Marie walked in and she'd just moved out of home, she had been in her own flat for five and a half weeks, she had a job, a car, a driver's licence and she was glowing. Absolutely glowing with this confidence that independence brings. It's like she'd found her wings. She was happy."

Anne-Marie hugged her little sister, who was just a year younger, and told her she was proud of her.

Within two weeks she was dead. 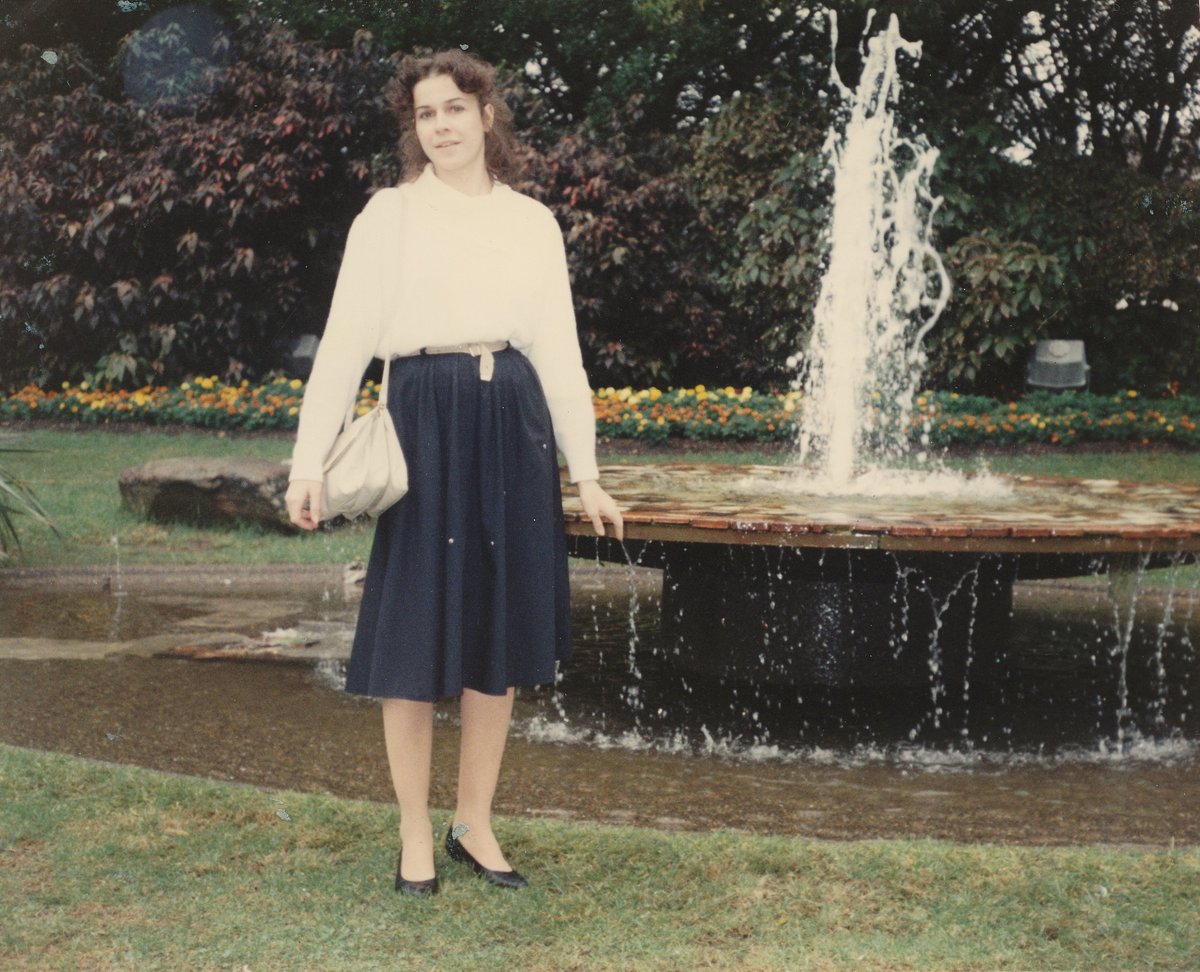 Anne-Marie had dreams to travel the world and become an artist. Image: Eileen Culleton.

Eileen was so devastated she couldn't even give a eulogy at her funeral. She instead gave one last year at a local public speaking club.

"Anne-Marie was a budding artist with great potential. She loved nature and she loved beauty," it read.

"My sister had a strong social conscience. She got her St John's Ambulance First Aid Certificate so she could help save lives in emergencies. She also taught herself Greek and volunteered at the Community College to help Greek migrant women learn English.

"Anne-Marie had hopes and dreams that she never got to realise. Yet her rapist and murderer, Jonathan Bakewell is walking free from prison."

It's been more than three decades since Eileen lost Anne-Marie, and she's only just becoming more comfortable sharing memories of her beloved sister. It was too traumatising to bear for so long.

But as she tells Mamamia, "injustice brings anger."

"The thing is, this isn't just about Anne-Marie anymore, this is about the other women [that have come after her] like Aiia Maasarwe and Eurydice Dixon - and the women who will come after them. I was unsuccessful keeping Bakewell behind bars, but I am determined to have law reform to keep other rapist murderers behind bars."

The way Eileen sees it, it's victim families who end up with the life sentence - not their murderers.

"And it's not just a life sentence of grief and trauma, it's of perpetual fear and stress about what the rapist murderer is going to do when they get out," she told Mamamia.

You can read more about, and sign Eileen's petition, here.

Reply
Upvote
How horrifying. Life needs to mean life, there’s no reason this monster should get his freedom back when he took another life just for his own sick pleasure.
sage 13 days ago