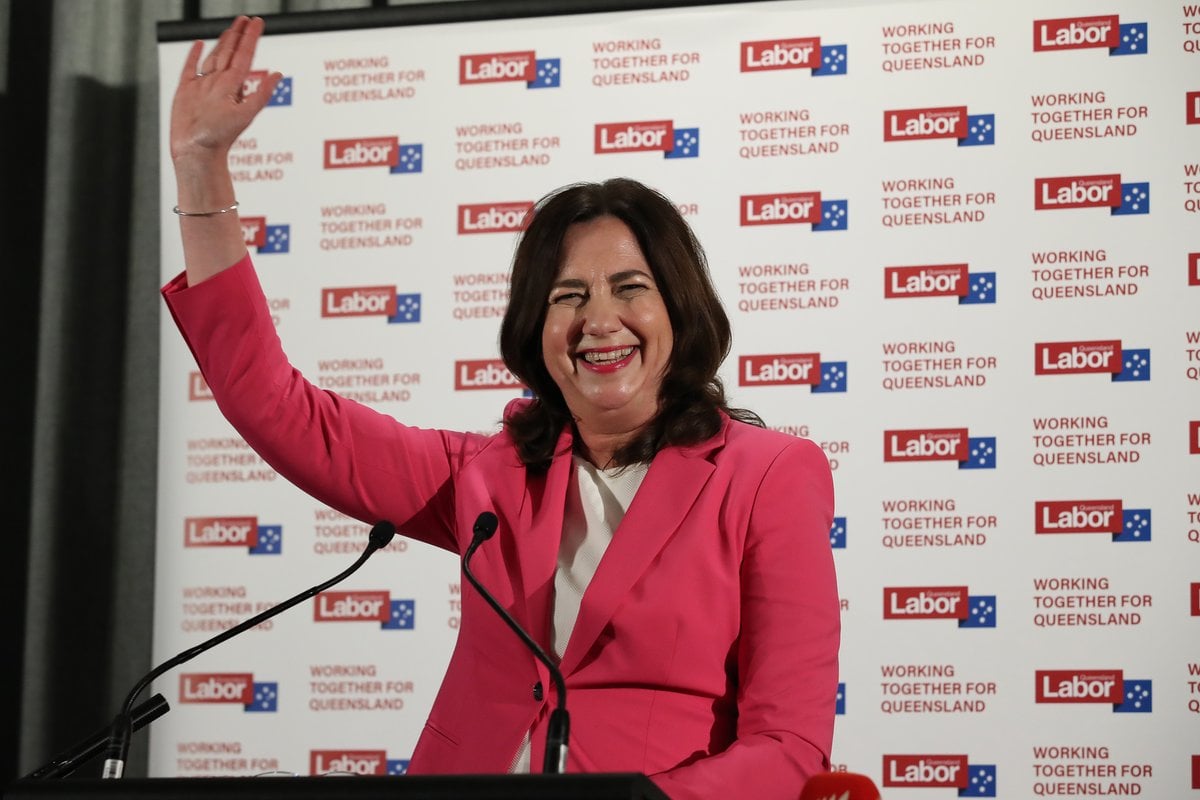 On Saturday, Annastacia Palaszczuk was rewarded by Queensland voters for her efforts to stem the COVID-19 pandemic by electing the Labor party for a third consecutive term.

"For many Queenslanders, I know it has been an incredibly tough year," Palaszczuk said in her victory speech.

"It has been tough not being able to see your family and friends in other states, or even around the world, as we've been in the midst of a global pandemic.

"But here in Queensland we've all stood strong and united, and together we are on top of the pandemic, and if we continue to work together, we will stay strong."

Palaszczuk was first elected in 2015, when she also made history by becoming the first woman in the nation's history to become a state premier from opposition. At the time, she was called the "accidental Premier" with few expecting her to win. Now, she's won three consecutive terms.

Party strategists believe one of the key factors in the Queensland election was older voters in the state's southeast who support Palaszczuk's tough stance on borders. Queensland's borders are closed to people in COVID-19 hotspots, including all people in Victoria and New South Wales. Palaszczuk is yet to reveal when she will open her borders to those states.

"What we have been saying is that this is a crisis on two levels, health and economy, but clearly in some cases health was the most significant for people," Gold Coast based federal minister Karen Andrews told the ABC. 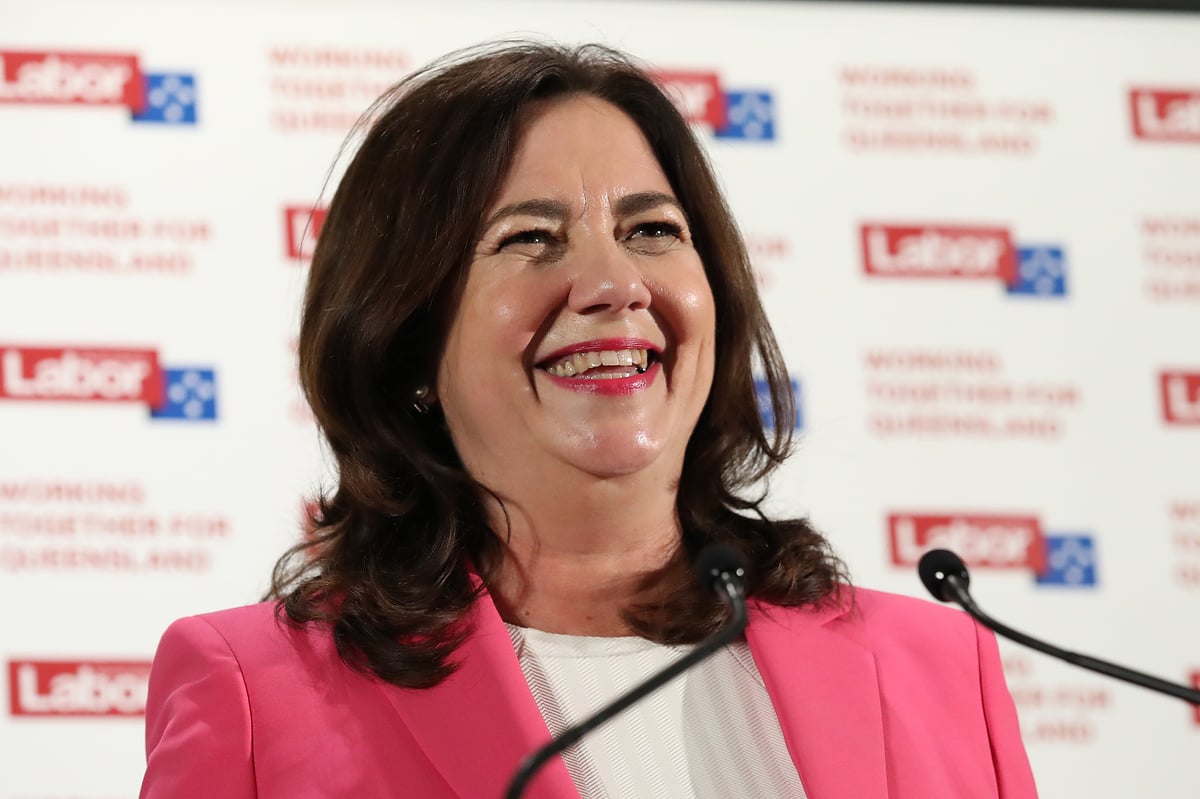 The election also saw a collapse in support for Pauline Hanson's One Nation and a lift in the Greens vote, helping to deliver preferences to the government in key seats.

She urged the premier to think about jobs and the economy as border restrictions remained in place.

"We're in the middle of an economic crisis and it is far from over," she said.

With counting to continue on Sunday, Labor is on track to hold as many as 49 seats - up one on its previous numbers.