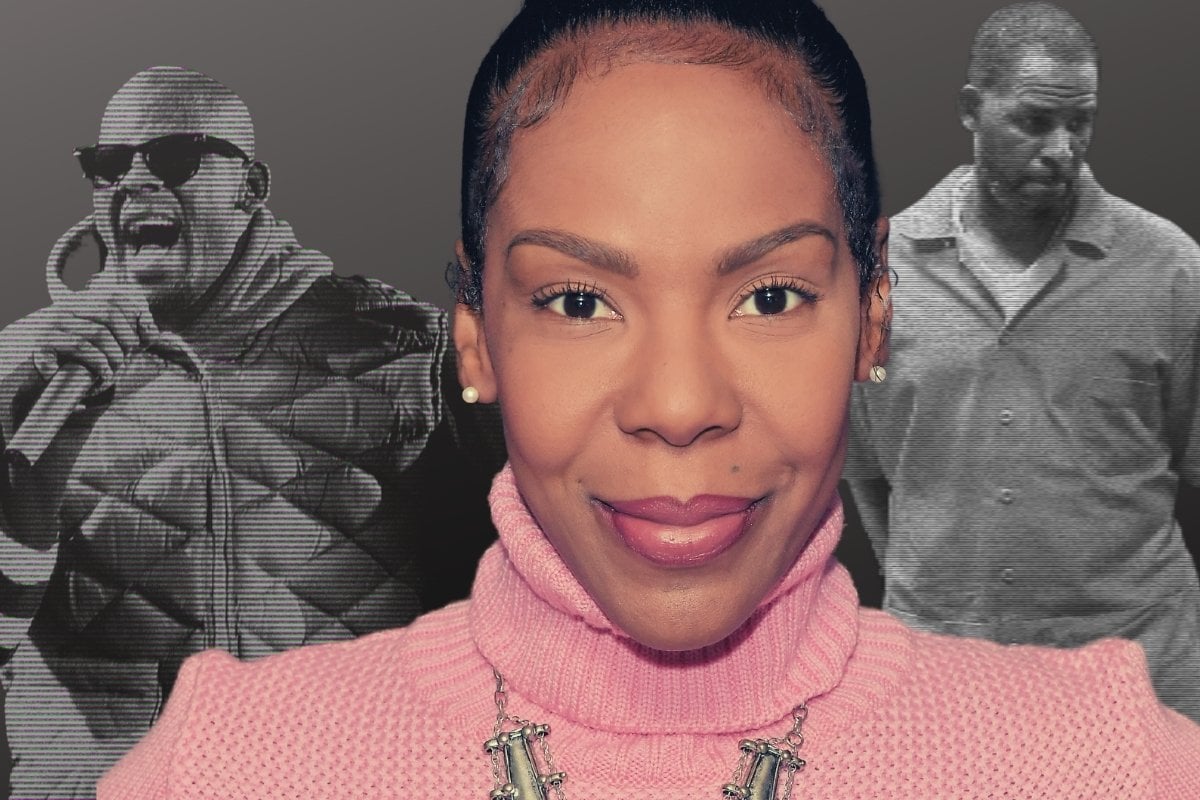 When Robert 'R' Kelly was convicted on charges including racketeering, sexual exploitation of a child, bribery and sex trafficking on Monday, his ex-wife's heart was "in two places".

Part with the survivors who had the courage to come forward and share their stories of abuse, and the rest with her three children who must now live with the knowledge of what their father has done.

"My heart breaks as a mother because this is now the legacy that my children will have to deal with and their children's children," Andrea Kelly told British station ITV.

"I have the ability to separate and distance myself from it. But his blood runs through my children's veins; it's part of their DNA and they couldn't escape it even if they wanted to."

"I paid for my name in blood, sweat and tears."

Andrea was 19 when she met R. Kelly. It was the mid-1990s. She was recruited as one of the backup dancers for his first solo tour, before later being promoted to principal dancer and choreographer.

Offstage, their relationship developed into a romantic one. They married in '96 when she was 22 and went on to have three children.

But close to a decade after their marriage ended, Andrea publicly alleged that theirs had been a union scarred by physical, sexual and emotional abuse.

Listen: The Quicky takes you on a journey through time looking at who R. Kelly is, how his criminal behaviour evolved, all the allegations against him.

She claimed that her ex-husband left her with bruises that she'd have to hide on stage. That she lived in constant fear. That she spent years "walking on eggshells" around his explosive temper.

"[He could be set off by] anything from the milk being too cold or not cold enough for breakfast. It could be anything from, 'I told you not to wear that — it's too revealing.' It could be if I answered him the wrong way, if he felt there was too much tone in my voice," she told The View in 2018.

Andrea filed a restraining order against him in 2005 after an alleged physical assault, but otherwise did not take abuse allegations to police due to the belief she would get nowhere in the face of his power, wealth and influence.

She ultimately spoke up in recent years in the hope that it would help his other victim-survivors obtain justice and to set an example to her children and other young women.

"I still say, 'I was married but I was never a wife,' and I don’t want anyone [else to experience that] ... especially the younger generation," she told Page Six in 2020.

Despite the trauma of their marriage, which she said left her suicidal, Andrea ultimately chose to keep Kelly's name after their 2009 divorce.

"I paid for my name in blood, sweat and tears," she told US network, ABC. "Nobody knows what it was like to be Drea Kelly. Drea Kelly is strong. Drea Kelly is a survivor. Drea Kelly made it away from Robert Kelly. That is my badge."

R. Kelly's conviction was the culmination of a trial considered one of the biggest of the #MeToo era.

For decades, the R&B star had managed to dodge allegations of abuse and impropriety, including assaulting underage girls, possessing child pornography and having an illegal marriage to then 15-year-old singer, Aaliyah.

Courtesy of the cooperation of 11 brave women and men, New York prosecutors were finally able to achieve justice by bringing racketeering charges against Kelly — an offence which is typically the domain of organised crime bosses. 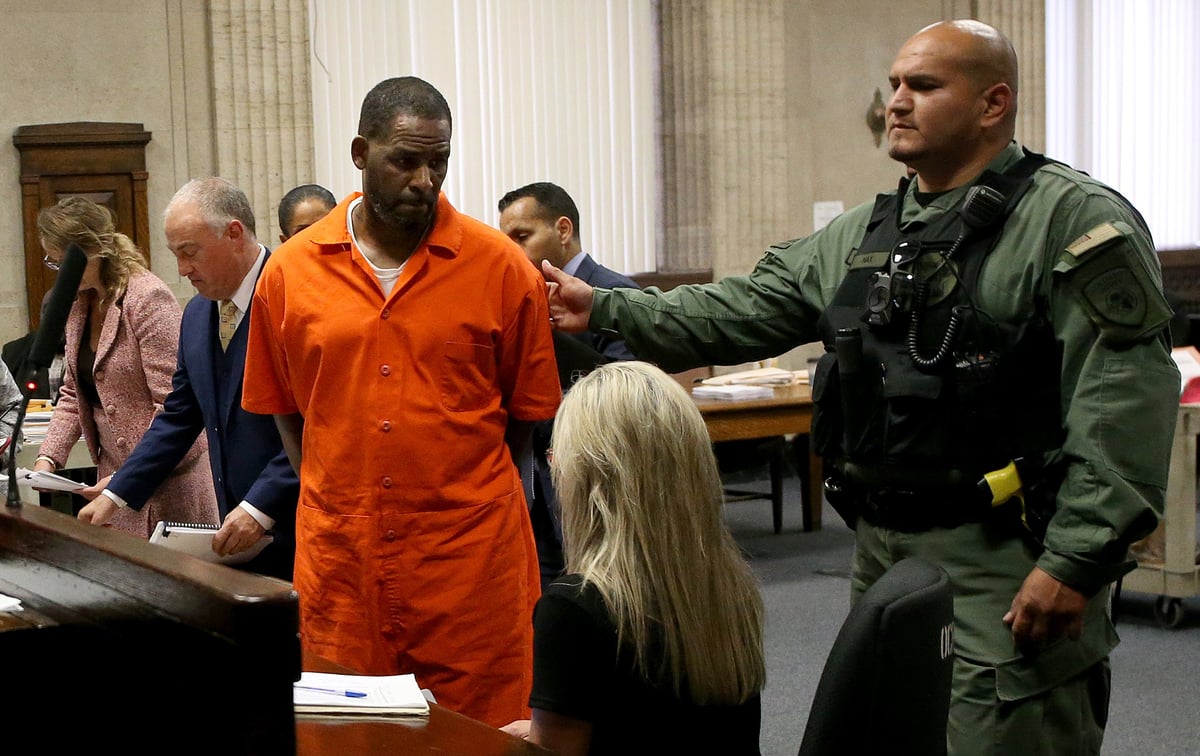 R. Kelly at a 2019 hearing at the Leighton Criminal Courthouse in Chicago, Illinois. Image: Getty.

In this case, the prosecution successfully argued that Kelly coordinated an entourage of managers and aides to lure girls, boys and women for his sexual gratification — a set-up that amounted to a criminal enterprise.

The testimony of survivors included a litany of disturbing claims, including that they'd been raped, hit and humiliated by Kelly. Some were minors at the time of the alleged offences.

One woman alleged Kelly beat her with a shoe, forced her to undergo an unwanted abortion and to record a demeaning video of herself that included smearing her skin with faeces. Another claimed he had intercourse with her despite knowing she was underage and would subject her to routine punishments, including preventing her from accessing a toilet for up to three days.

Speaking after her ex-husband's conviction on Monday, Andrea Kelly said the survivors' testimony was sadly familiar.

"What I’ve heard speaks very true to my life — it is parallel to my life," she told ITV.

"But I am not here to really speak to the details of it. I am here to speak to the strength that it took for those people to come forward and tell their stories and stand in their truth knowing that they had the whole world coming against them, because [the world] did the same thing to me.'"