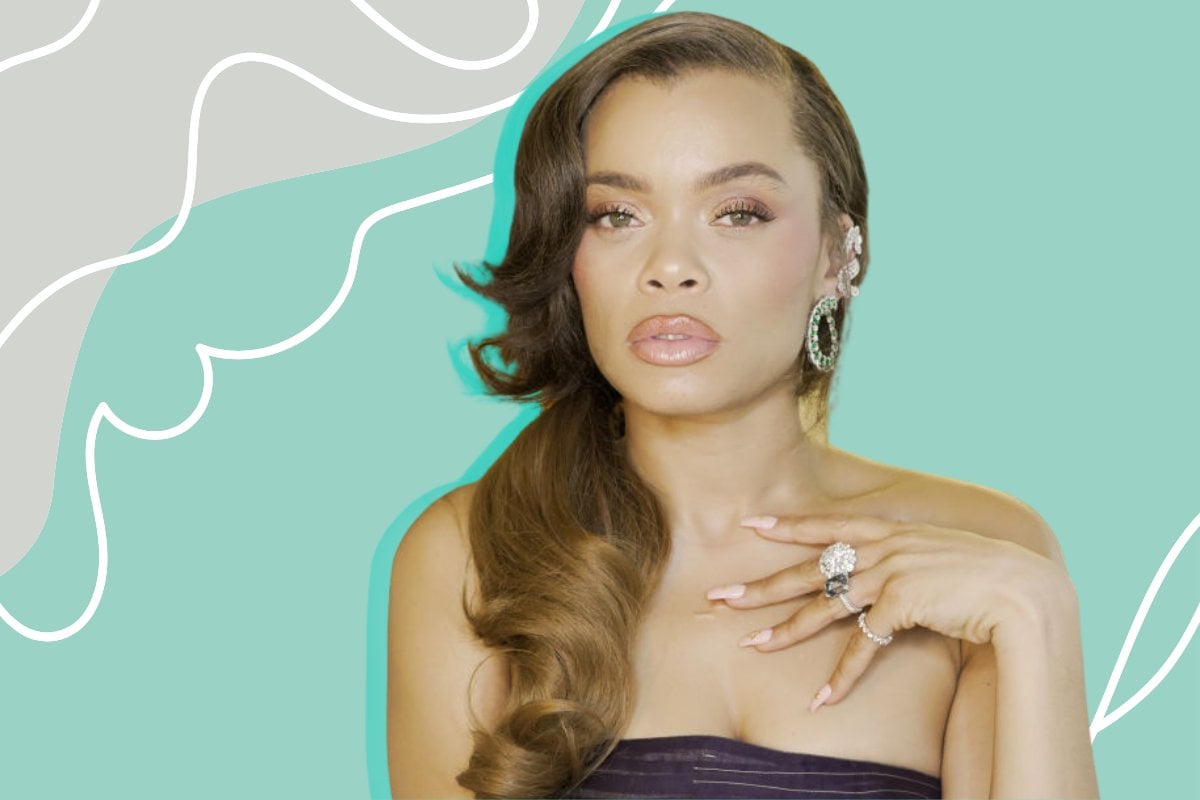 Andra Day never considered acting, let alone as the artist who inspires her the most.

As a musician, the closest she'd come to the big screen was the small stage, in musical theatre productions during her school years.

But after her first proper foray into it, the 36-year-old's already got one major acting award to her name, and she's nominated for the biggest there is. She's in the running for the Oscar for Best Actress, for her role as jazz singer and civil rights activist Billie Holiday in 2021 film The United States vs. Billie Holiday.

It's been an unusual journey to get here because originally, Day turned down the role. She didn't want it.

"The fact is, I had no acting experience... it was incredibly intimidating. Intimidating to the point where when they first mentioned it and brought the idea to me I was like, 'no, this is a terrible idea, I don't want to do this'," she recalled to Mamamia.

"And not only did I not want to do this because I'd be bad, I really don't want to be bad telling the story of one of my biggest inspirations."

Billie Holiday is one of the biggest jazz musicians of all time. She died in 1959, aged 44, but her legacy on music remains to this day: Day is living proof.

"I am a huge fan of hers, she is my foremost musical inspiration," Day said.

"She's why I sing the way I do. She's the singer who helped me to own my own voice and my own tone... When considering a stage name, I knew I wanted it to be me, but I also wanted to honour Billie Holiday who I love so much."

Day, who spoke to Mamamia before her Golden Globe win for best actress in a drama and Oscar-nomination, said she came to realise that as scared as she was, perhaps she was meant to play Holiday in the film.

"I prayed a lot about it, I eventually came to have peace about doing it and then I met [Director Lee Daniels] and found out that the story would be one that was vindicating Billie Holiday's legacy," she said. 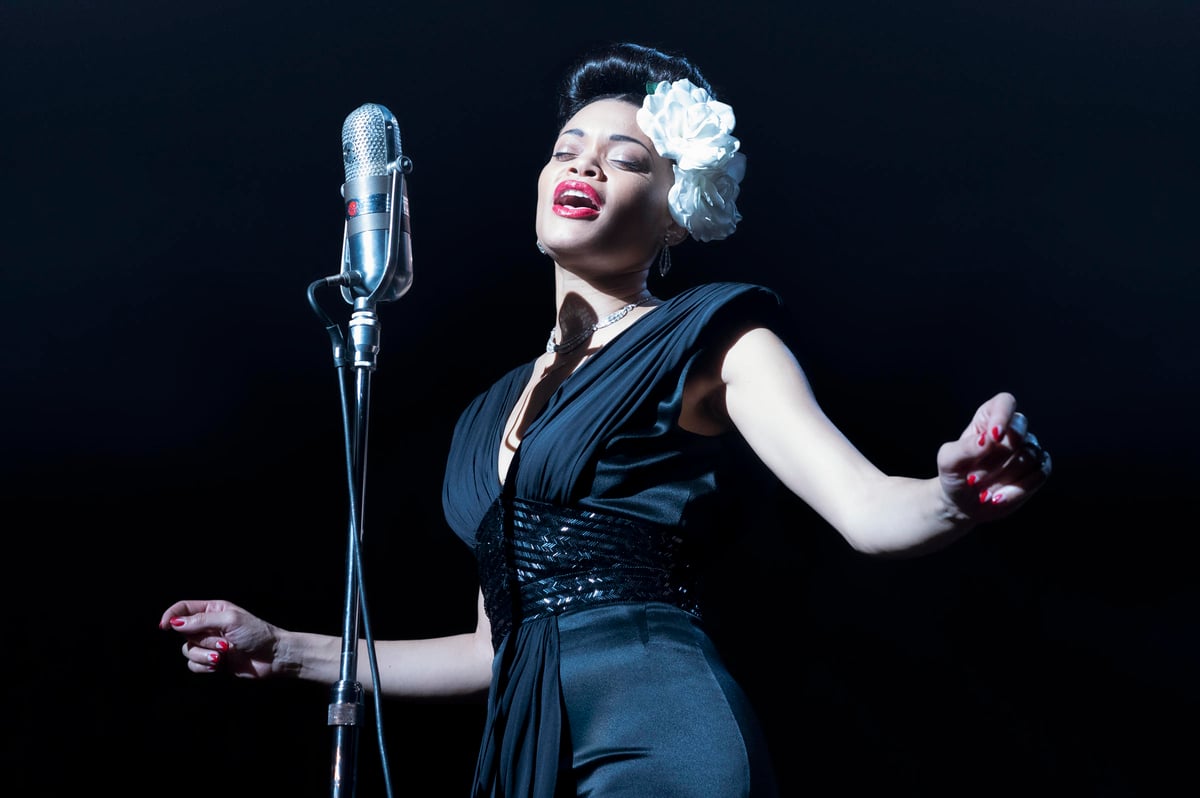 Image: Universal Pictures. Holiday has a complicated legacy. She was one of the biggest voices in jazz, but by the late 40s legal troubles and drug addiction had dominated her public figure.

This is the basis of The United States vs. Billie Holiday, which spans multiple decades, relationships and traumas to tell the story of Holiday's life and career.

Holiday was relentlessly pursued by The Federal Bureau of Narcotics since at least 1939 until - literally - the moment of her death. But as The United States vs. Billie Holiday explores, the issues were more complicated than just the so-called 'War on Drugs' of the time.

It also involved race, and Holiday's insistence on singing her most commercially successful song, 'Strange Fruit', which protests the lynching of Black Americans.

"I hated they had success over her narrative," Day told Mamamia of how Holiday's legacy has been muddied. 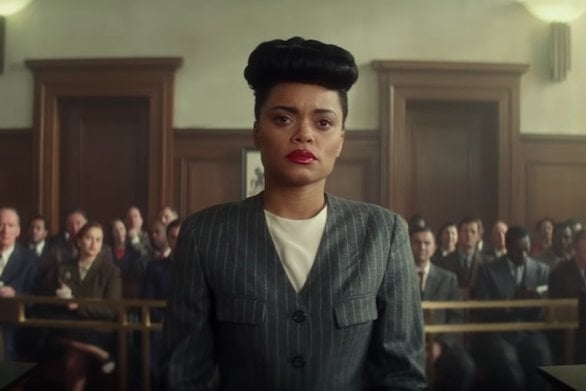 In the film, we see just how far authorities went to try and stop Holiday singing 'Strange Fruit', going so far as to plant drugs on her.

It's uncomfortable to watch, but for Day, it was not surprising to learn.

"'Strange Fruit' was the first protest song. That was the first time that someone - especially this Black, queer [Holiday was openly bisexual] woman in the 1930s, 40s and 50s - had the nerve to say 'America, look at yourself'.

"That sounds so simple, but America doesn't like to do that. Especially when it comes to us. The truth of that song threatened to dismantle the deception of this system they were making, so they had to go after her." 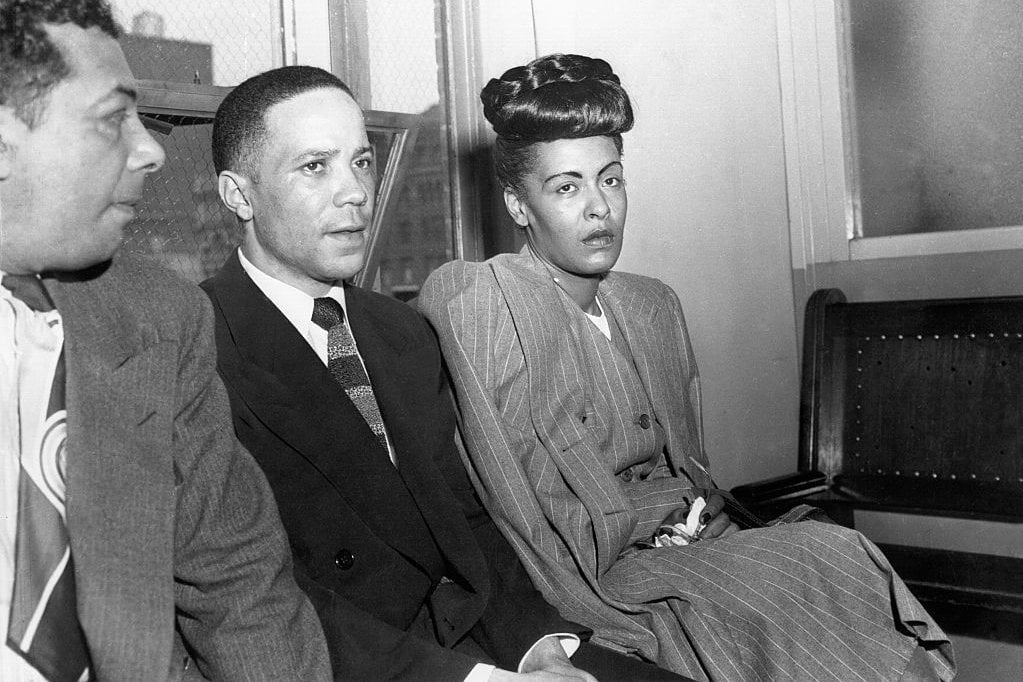 Image: Getty. Holiday was told her problems would go away if she just stopped singing the song, but as Day explained, that was a fallacy.

"This idea that 'okay, stop singing and you'll be good'; She won't be. She'll still be a Black, queer woman trying to be free in this era in America."

The film is obviously set in a different time, but there are still a disturbing amount of parallels with the current day.

Day recalled times on set where she thought, if they'd only change into their modern clothes, this could believably take place today.

"It was a reminder for all of us on set that what were doing was important and it needed to come out, it needed to be told," she said.

Which is why 'Strange Fruit' means so much to her.

"['Strange Fruit'] means truth. The song makes me realise that truth is so scary to people who are trying to persist in this inequity. And that we have the power to change those things with our truth, and if she can do it in that time with no support, then we have to do it now." 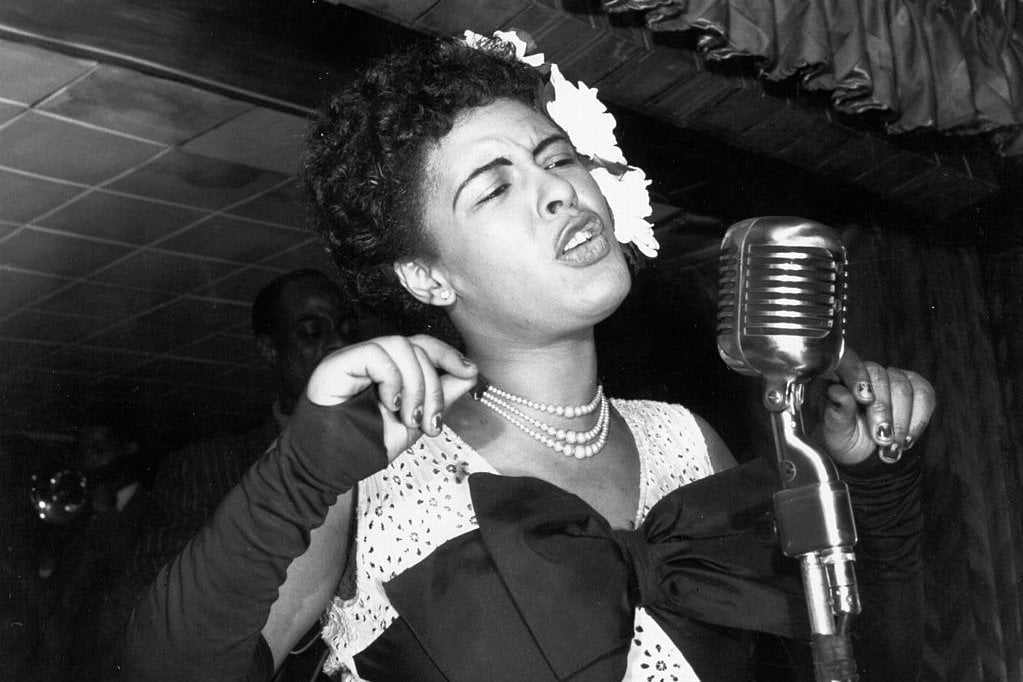 Image: Getty. Now that the movie is being seen by audiences (and being celebrated at award shows), Day can look back on the experience with clarity. And a lot of gratitude that she didn't let trepidation stop her from telling the story of a woman the world misunderstood.

"It feels like a blessing. It means the world. It was hugely impactful to me and still is, and I don't think I will ever fully recover from it, in a good way."

The United States vs. Billie Holiday arrives in Australian cinemas on Thursday, April 22.