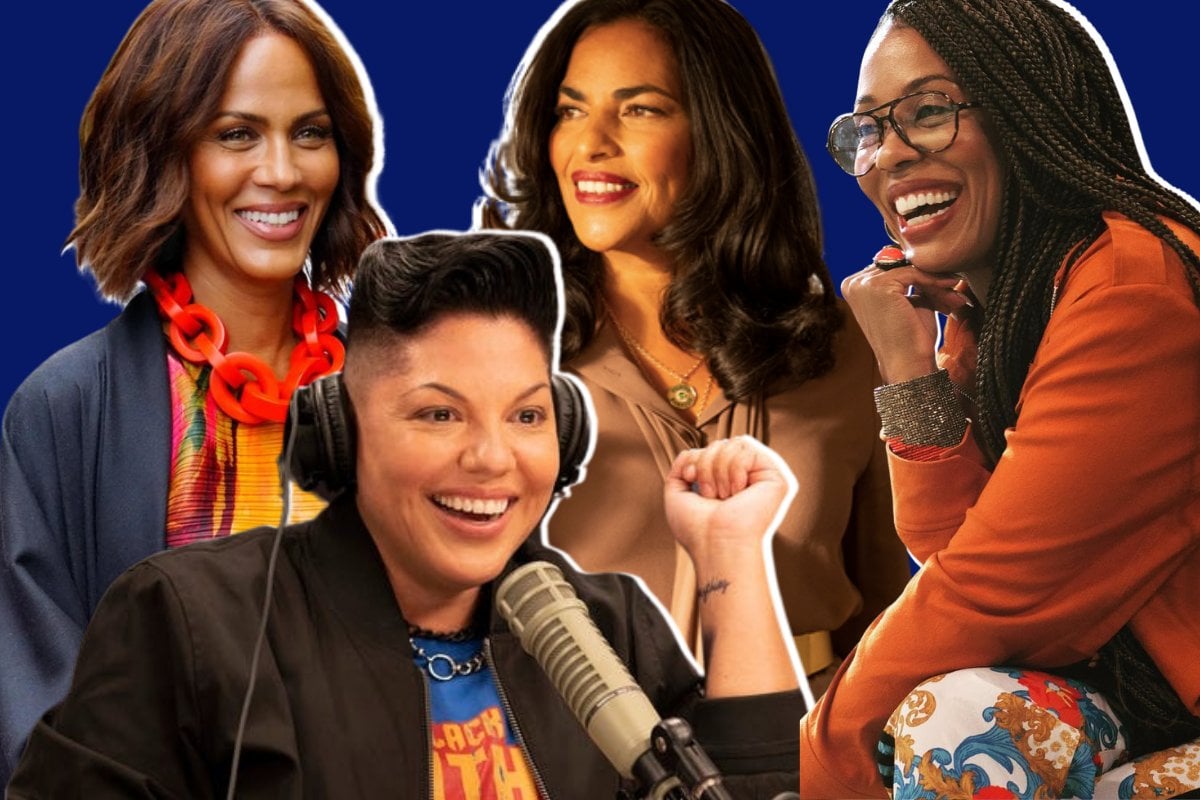 When I told my younger sister I was writing an opinion piece on Binge’s hit series And Just Like That, she said – and I quote – “I feel like only people your age care about that."

Somebody call an ambulance; I’ve been shot through the heart.

The irony is that when I was younger, I said the same thing to a friend about AJLT’s predecessor, Sex and the City. When SATC launched in 1998, I wasn’t interested in the show at all. The four main characters – Carrie Bradshaw (Sarah Jessica Parker), Miranda Hobbes (Cynthia Nixon), Charlotte York (Kristin Davis), and Samantha Jones (Kim Cattrall) – were in their 30s, living in New York and leading very glamorous lives.

I was a 16-year-old high school student living in the Islands. Not only were these characters not relatable, the show wasn’t even on our one (yes, ONE) TV channel in Fiji.

I came to SATC late, through repeat episodes that ran sometime between 10pm and 12am after I had moved to Australia. To be perfectly frank, I can’t remember what happened in most of the episodes. But I loved Samantha. I liked Miranda and most of the time, I liked Carrie. I tolerated Charlotte.

Even if you haven’t watched a single episode of SATC, I’d hazard a guess you would know what it’s about. The series broke new ground when it came to women’s exploration of sex and sexual pleasure. Suddenly talking about sex openly was ok. It was liberating.

Yet in the intervening years since SATC's final episode in 2004, critics have asked: “Where was the diversity?” It’s a fair point, especially considering how culturally diverse New York is. It’s a point that developer and principal writer Michael Patrick King addresses pretty much from the get-go in the sequel AJLT.

The introduction of new characters Che Diaz (Sara Ramirez), Nya Wallace (Karen Pittman), Lisa Todd Wexley aka LTW (Nicole Ari Parker), and Seema Patel (Sarita Choudhury) has been a very welcome addition to the AJLT universe. Not only are these characters ethnically diverse, there is representation in terms of culture, gender, sexuality, and identity. There is a clear sense from King about wanting to right any past wrongs.

Yet with such high expectations for AJLT, it’s inevitable there would be criticism around how diversity was injected into the series. Most of the complaints seem to be focused around the oftentimes cringeworthy attempts at “woke-ness”. Take for instance the podcast that Carrie, Che and the hilarious Jackie Nee (Bobby Lee) are part of. I mean seriously, our Mamamia podcast team could teach those podcast producers in AJLT a thing or two about creating interesting and fun content.

It's probably why they killed the podcast on the show.

LISTEN: The Mamamia Out Loud team discuss one of the And Just Like That characters. Post continues below.

But here’s the other thing. While the new characters are diverse, they are lacking the depth, and ironically, the colour, to make them believable and truly representative.

The crux of the issue is that these characters are often reduced to taking on the role of sidekicks. Seema is Carrie’s, Nya is Miranda’s, LTW is Charlotte’s, and Che is the extra that runs between Carrie and Miranda. Had Cattrall come on board, perhaps Che would have been her sidekick.

The narrative, especially earlier in the series, ran along the lines of: the sidekick must teach the hero something. Seema’s search for love reminded Carrie she was lucky to have found hers. Nya’s entire presence revealed Miranda's "white saviour" complex. Later, Nya's indecision about having children reflected Miranda’s indecision about her own life. LTW was Charlotte's confidante in all things "mum".

Che was a catalyst for change in Miranda's life. By the way, I liked Che. I know many people who didn't. But I think that had more to do with how much screen time they had, rather than their actual character. Ramirez is a terrific actor, and they did incredible work with the part. 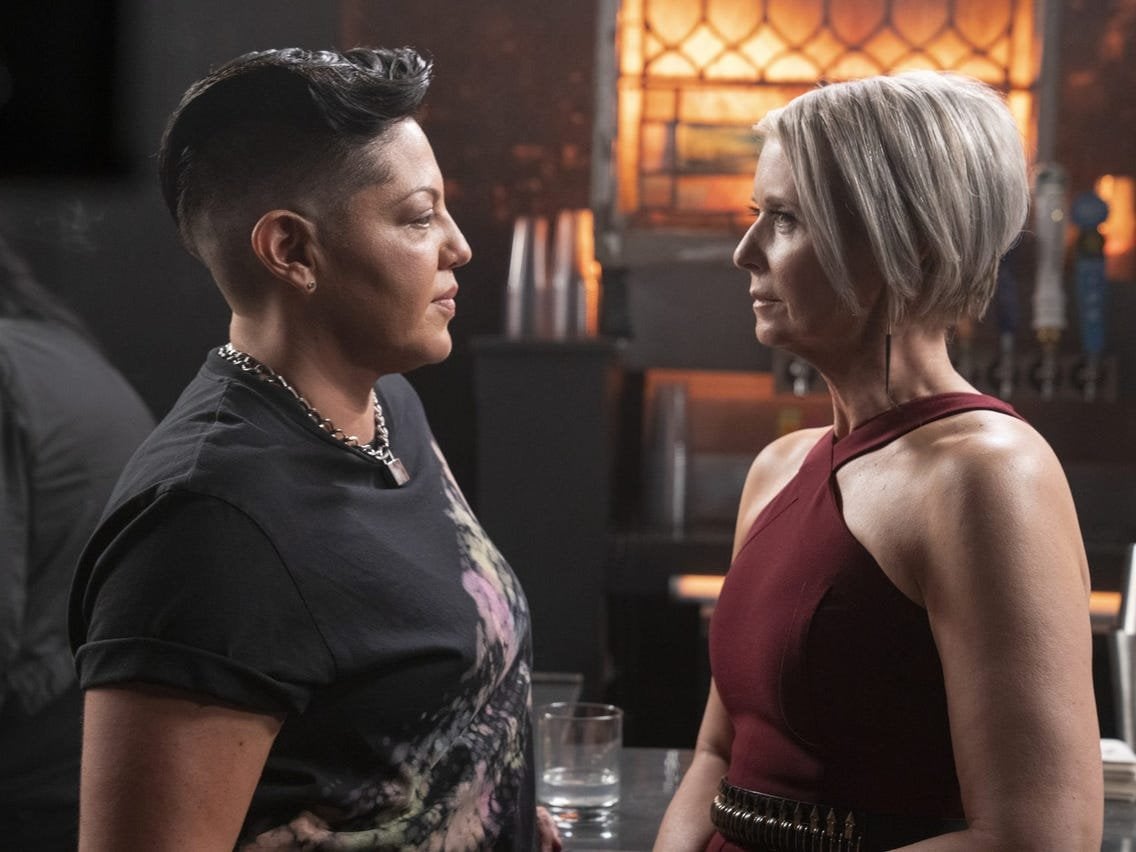 Che Diaz for President. Yeah, I said it and I stand by it.

Besides the sidekick aspect, there was the stereotyping. Take Seema for example: she's Indian so of course there has to be a storyline involving the Hindu festival of light, Diwali, and there must be mention of her parents having an arranged marriage. It's like having "wise grandparents" in a story with Chinese characters and celebrating the Day of the Dead in a story with Mexican characters.

As well-intentioned as it is, writers tend to lean into the romance of a culture and the outcome is oftentimes shallow.

Yet for all these issues, there is a lot about AJLT to celebrate. It’s still wonderful to see such a diverse cast in a popular drama series that is so beloved by many people around the world. And it’s not that the new characters don’t have some agency of their own – they do, even though they don’t have enough screen time. There’s only so much substance you can add to new characters when you’ve already got three main characters taking up the bulk of the storylines over 45 minutes and 10 episodes. In fact, it took until episode six for any of the new characters to have a scene that did not involve the three protagonists.

I’m hopeful season two will happen and I'm hopeful these now not-so-new characters will be allowed to breathe even more and become fully formed individuals. Or maybe there can be an AJLT spin-off with the four of them? It would be called "No More Second Fiddle". Just kidding!

Of course it would be called, "Even More Che Diaz."

The entire first season of And Just Like That... is available on Binge now.