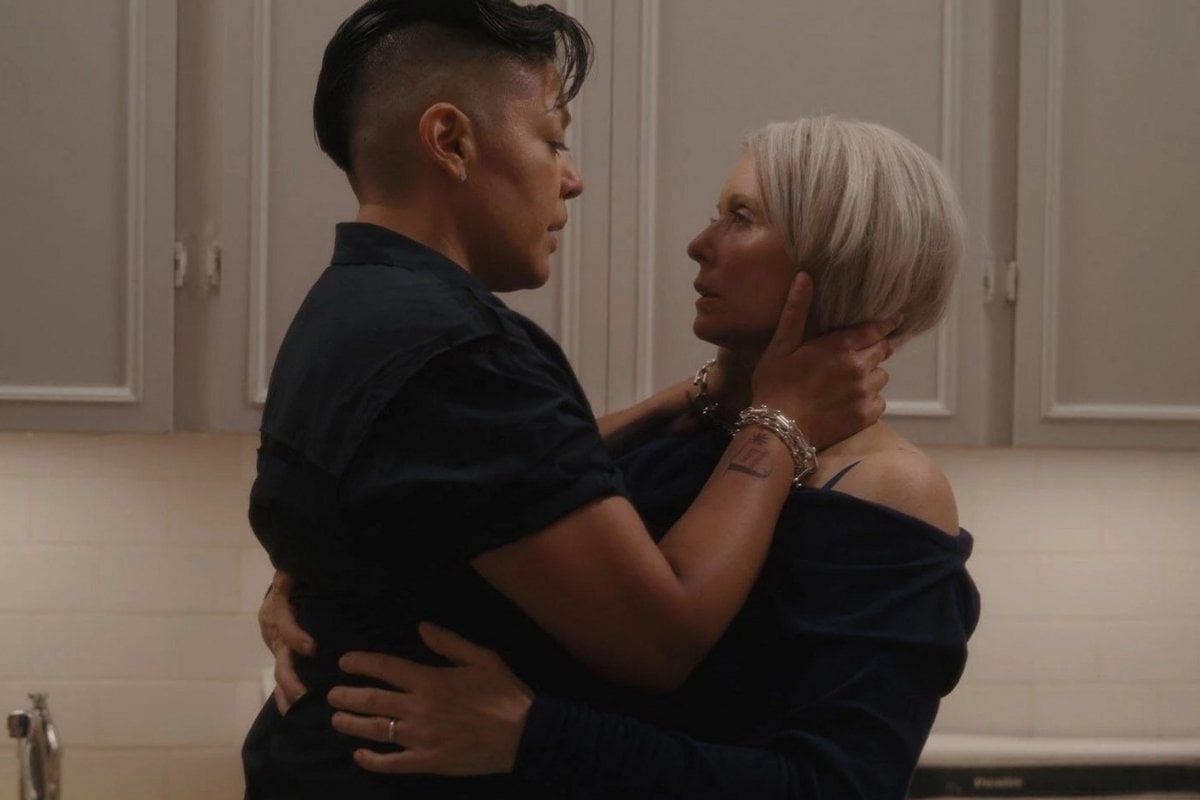 Consent is sexy, and it always has been sexy.

There’s nothing sexier than your partner checking in to make sure you are enjoying yourself. However, we rarely see the blending of consent and sex in pop culture - at least not in a way that’s hot.

Enter the kitchen sex scene in And Just Like That. To give you some context, if you haven’t seen the show, though please do yourself a favour and watch - Miranda, who is married to a man and has previously identified as straight - has sex with Che, a very attractive non-binary podcaster in a kitchen.

Obviously there’s been some buildup between the two characters over several episodes and as a viewer, you do want to see these two hook up (well, if you aren’t a die-hard Steve fan, that is.).

In the scene we hear phrases like, “Tell me if you want to stop?” and “Can I touch you?” What’s most fabulous about this is Che’s questions don’t take away from the sexiness of the moment. They also always pause and wait for Miranda’s answer which creates more tension and buildup, and it’s all very exciting.

There’s panting, close-ups and lots of moaning, and Miranda’s enthusiastic replies where she gives consent - are just plain old-fashioned hot. Almost uncomfortably so - the hotness is kind of jarring.

Che asking for consent is particularly important because they hold more power in this relationship dynamic. They are clearly more experienced with women, are currently in the dating game and they are unattached. While Miranda is more vulnerable, she’s feeling trapped in her marriage and hasn’t experimented with her sexuality before.

This scene could have so easily have been a student/teacher vibe. Where Che takes control and overwhelms Miranda with lust or where Che offers to teach Miranda about sex with someone that just isn’t a straight man. 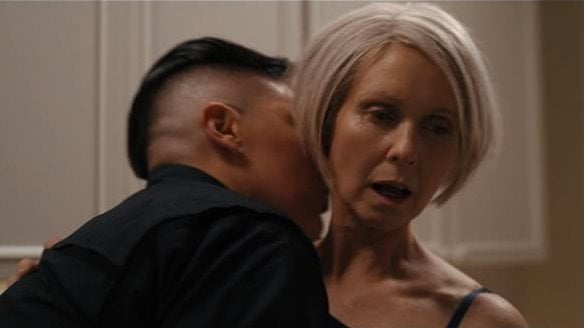 Miranda and Che's sex scene in And Just Like That. Image: HBO Max.

These are the kind of sexual storylines we see all the time in television and movies.

Think about Rory and Logan in Gilmore Girls or Aria and Ezra from Pretty Little Liars. But instead the scene pushed away from that and focused on Miranda’s consent and the result is a scene where both characters are equal participants in a very sexy moment.

It shouldn’t be a rarity for sex scenes in Hollywood to show consent so openly, but I can’t recall another one that has done it so well. Sure, we have iconic sex scenes like Julia Roberts and Richard Gere in Pretty Woman or Rachel McAdams and Ryan Gosling in The Notebook, but I think you’d be hard pressed to find a sex scene where anyone pauses and says, “Tell me if you want me to stop”.

I understand in most sex scenes the consent is implied but it would be so refreshing to see more sexual moments on screen that feature conversations around consent.

The thing about movies and television shows is that they become examples for us normal folk to follow. I curled my hair once to look like Carrie Bradshaw - which was a disaster - and I’ve begged my boyfriend to stand in the middle of the rain with me so we could kiss like I’d seen in The Notebook and A Cinderella Story. I’m pretty sure he got a chest infection, and I got a yeast infection (wet underwear is not good for my PH levels).

As someone that has dated various men who can seem, quite frankly, confused around the rules of consent; from being too rough to being too assumptive, or just plain violating me; I can’t help but think that if our pop culture could be showing and normalising how to ask for consent in a sexual situation, our world would be a lot better off.

Our sexual partners would be watching these scenes and trying to emulate them. And just like that, these scenes suddenly become a useful tool. Mutual attraction and desire combined with consent can be seen as normal and very, very sexy.

The past few years have also been a reckoning for women. More and more women are finally sharing their experiences around consent and sex in a new and more nuanced way and yet sex scenes in shows aren’t reflecting this back.

We are still stuck with the same old scenario of the guy taking charge and the consent being implied - Bridgerton anyone? But surely these conversations around consent need to be reflected back into the way pop culture showcases sex.

Of course, I’m not surprised the Sex And The City reboot was able to tackle this so flawlessly. The show has always been ahead of the curve and always spoken to women about sex. It has always been at the forefront at prioritising women’s pleasure and highlighting what women want sexually, and the kitchen scene really showcases what the show does best: sex.

Listen to Mamamia Out Loud's episode on And Just Like That. Hosted by Mia Freedman, Holly Wainwright and Jessie Stephens. Post continues after podcast.

Sure, I do understand it was only one sex scene in a world where sex on a screen can be a dime a dozen. But that scene represented so much to me.

It highlighted a change in values and showcased so clearly how sexual partners want to be treated. They want to be treated with care and kindness and it underscored that taking a moment to ask if someone is okay and comfortable doesn’t put a damper on things.

Miranda and Che in their kitchen sex scene really turned up the heat. It wasn’t only what they were doing, but what was said. Their dirty talk, always centred around consent, was as sexy as hell and something we all need to see more of.

Reply
Upvote
Normal People also did an amazing job at the consent conversation. I'll never forget the dialogue being something along the lines of "If you want me to stop just say and we can stop. It won't be awkward" I thought that was amazing and in my 30s could only imagine what it would have been like if conversations in pop culture about consent were being had like that when I was in my teens and early twenties.
S
simple simon 4 months ago

The thing about movies and television shows is that they become examples for us normal folk to follow.

They're movies and TV shows. They are about entertainment; not how-to seminars.
M
mamamia-user-482898552 4 months ago