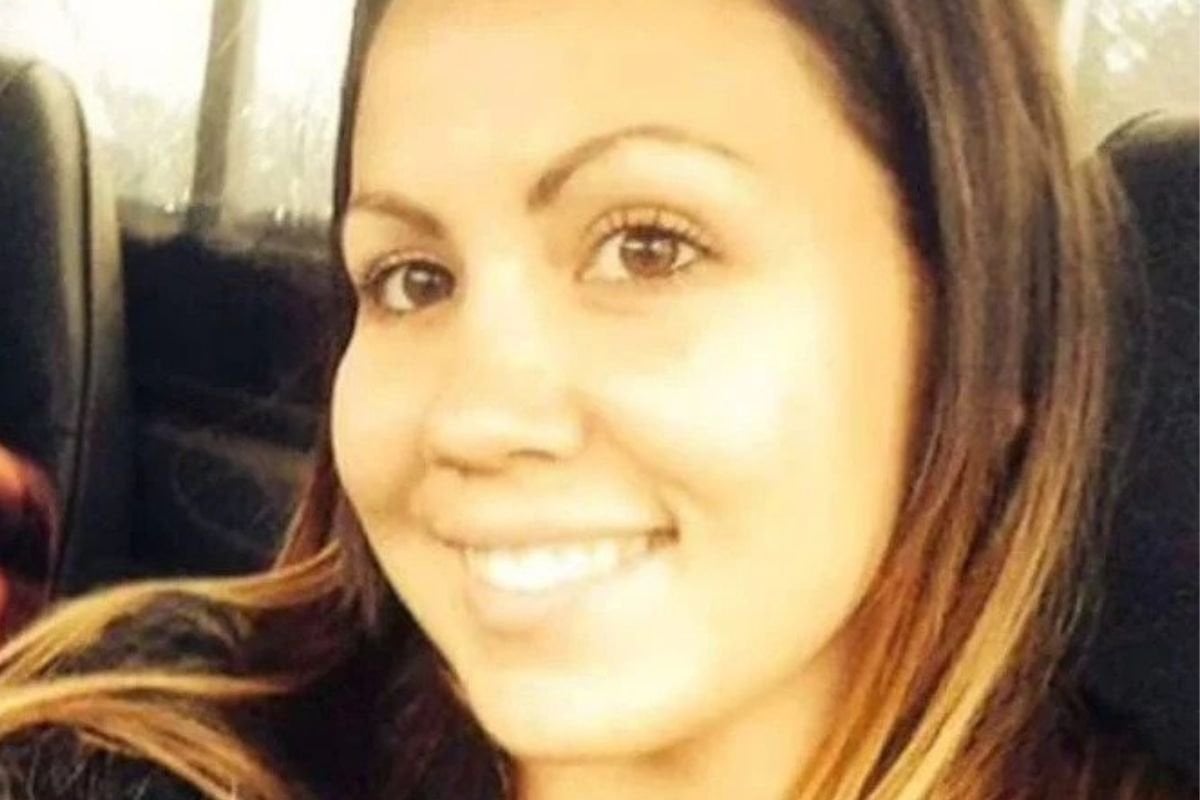 This post mentions suicide and domestic abuse and may be triggering for some readers.

It was around 5pm on June 26, 2014 when Amy Wensley answered a phone call from her mother.

"When she answered the phone, I’ve never, never heard her cry like that, never in my life," Amy's mother, Nancy Kirk , told Australian Story.

"What’s happened?" she asked her daughter, who lived in Serpentine, south of Perth.

Watch: Amy's sister speaks about her death on Australian Story. Post continues below.

The 24-year-old mother-of-two explained she had a fight with her partner, David Simmons, and threw a beer bottle at him.

David reportedly grabbed her by the throat and slammed her to the floor.

"No Mum, I'll be there soon," Amy replied, calming down.

18 minutes later, she was reported dead.

Around 5:18pm, David and his close hunting friend, Gareth Price, who were both at the property when Amy died, drove to a nearby roadhouse to call triple zero.

Amy's two children were also in the car. They had been waiting in the vehicle earlier that afternoon for their mum to drive them to their nan's house, along with belongings such as clothes, birthday presents for one of their upcoming birthdays, and Amy's passport.

"I've got two kids and my wife shot herself," David told the triple zero operator.

"Can you please just come and take her or do something?"

At 5:30pm, police arrived at the property and found Amy's body slouched in a corner behind her bedroom door. She had died from a gunshot wound to the head.

"As soon as I saw the body, the gun, the positioning, I was alerted to the fact that we had to look at this further," he told Australian Story.

The gun was a metre away from Amy's body, there was no suicide note and Amy was found sitting on her right hand.

"You can't just pick up a double-barrel shotgun up with one hand and peg yourself," he said.

However, when two other detectives - Detective Senior Constable Tom Weidmann and detective Sergeant Tony -  arrived at the scene, it took them less than 15 minutes to form the conclusion that Amy had died by suicide.

Blandford and another officer immediately questioned their view and an argument broke out.

"You haven't quizzed us," he told the detectives. "And there's two statements being taken of [Gareth] Price and [David] Simmons and you haven't read those statements."

The detective then drove off.

Less than five minutes later, they called back to confirm the statements had been read and Amy's death was still deemed a suicide.

"But what I can say is it's frustrating to think that on the night, the investigation of homicide hasn't been carried out."

Amy's family did not believe she took her own life.

"Amy lived for her girls and loved them so much. So to think that Amy would do that and take herself away from her babies is just unbelievable," her sister Kelly, told Australian Story.

"Why would Amy tell my mum she was on her way and then go back inside and shoot herself in the head? It just made no sense."

"They didn’t ask the questions about their relationship and physical altercations and violence."

However, both men were released without charge.

A selfie and unanswered questions.

Determined to find answers, Anna started her own investigation into her niece's death, which lead her to family advocate Charandev Singh.

Charandev, who has worked with over one hundred families, decided to assist Amy's family and the pair gained access to the first police report.

That's when they found more evidence of police errors.

Amy had been falsely identified as Indigenous, when she was of Thai descent.

Speaking to Australian Story, Charandev said this perception "might have infected the criminal investigation response".

Three years after Amy's death, the case was referred to the Director of Public Prosecutions and then the police Cold Case Unit.

The Cold Case Unit requested access to Amy's phone, which led to the discovery of a selfie that Amy took the night she died.

In the photo, taken at 4:48pm, Amy can be seen in front of a mirror holding a double-barrelled shotgun.

"There can be multiple interpretations for that image and the intent behind that image," said Charandev.

For Anna, she looks at that photo and sees "someone who wants to defend themselves".

However, a coroner would later say that the selfie "adds weight to the possibility that Amy committed suicide" based on similar photographs she had seen preceding other cases of suicides.

Findings of the inquest.

In 2021, almost seven years after Amy's death, an inquest was held.

Larry Blandford gave evidence that nobody had ever taken a statement from him for the major crime investigation or the cold case investigation.

Senior members of the WA Police Force admitted they made a mistake on the night Amy died. However, they insisted her death was a suicide.

In September last year, the coroner handed down her open finding, which didn't accept the police's case of suicide.

However, "the coroner couldn't be satisfied whether Amy died at her own hand or that of another, or by accident because of the lack of evidence as a consequence of the initial failings in the investigation," said barrister Peter Ward, who represented the family at the inquest.

The only way the case can progress now is if new evidence comes to light.

Eight years on from Amy's death, Anna says things need to change when it comes to the police handling of violent deaths involving women.

"I truly believe that when police are called out to an incident that involved partners in a relationship, they have to look at it through a domestic violence lens," she said.

"Things have to change and one of those changes can be the attitude of how police look at this when they first walk into that room."

Parts one and two of 'Jumping the Gun' Australian Story, which chronicles Amy's case, is available to watch on ABC.

K
kimtwinn7 a month ago