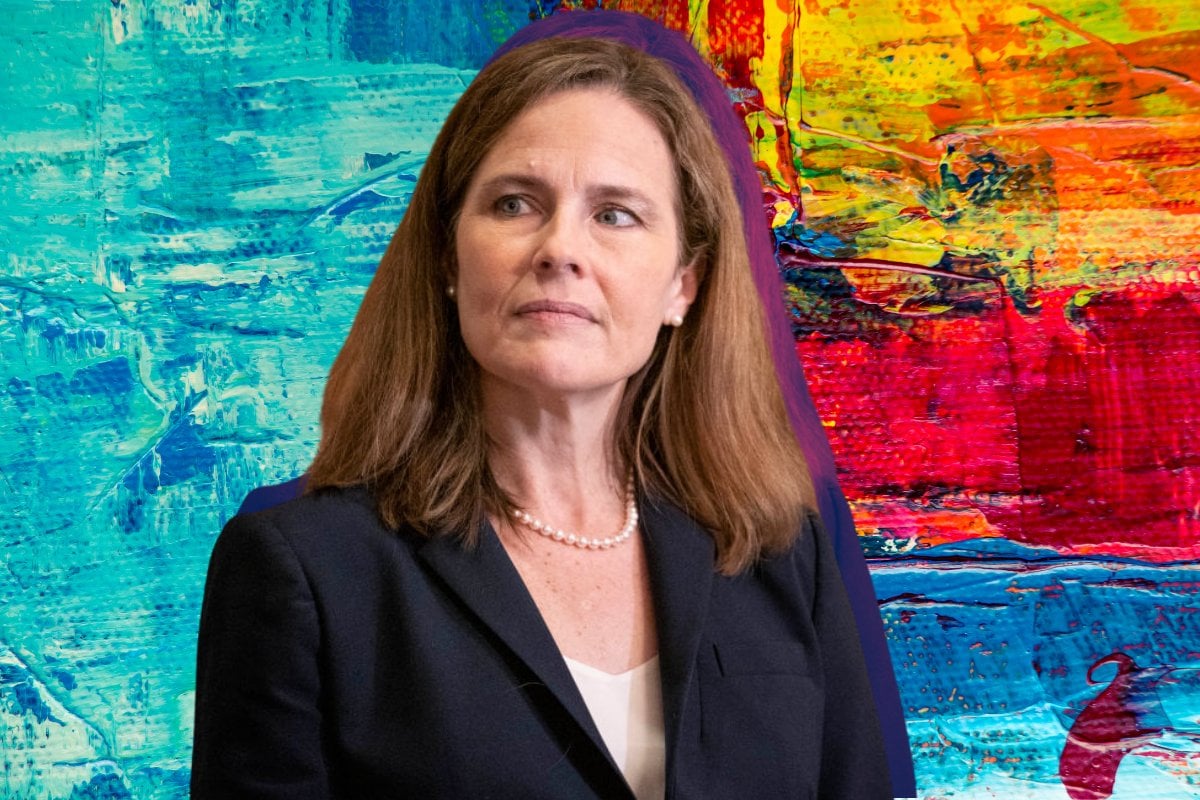 Judge Amy Coney Barrett has been confirmed to Supreme Court of the United States, likely establishing a conservative court majority for the foreseeable future.

While Democrats have fiercely opposed the conservative jurist's nomination, Trump's fellow Republicans hold a 53-47 Senate advantage and had reached enough votes on Monday to confirm as voting continued.

The White House had planned a celebratory event afterward - which comes a month after a similar event was linked to a COVID-19 outbreak that preceded Trump's own infection.

Trump pressed the Senate to confirm Barrett before the November 3 election, which would create a 6-3 conservative majority on the top US judicial body.

Senate Minority Chuck Schumer said the Republican majority was "lighting its credibility on fire" by proceeding with the vote so close to the election after blocking Democratic President Barack Obama's election-year nominee in 2016.

"The truth is this nomination is part of a decades-long effort to tilt the judiciary to the far right," he added.

"We don't have any doubt, do we, that if the shoe was on the other foot, they'd be confirming," McConnell said. "You can't win them all, and elections have consequences."

Barrett, a federal appeals court judge, is Trump's third selection for the court, enabling him to remake it in dramatic fashion as part of his success in moving the broader federal judiciary to the right since taking office in 2017.

What we know about Supreme Court Judge Amy Coney Barrett.

In 2018, Judge Barrett was an option for Trump's second Supreme Court nomination, which ended up going to Brett Kavanaugh.

According to the New York Times, Judge Barrett is now the youngest sitting justice at 48, with the least amount of courtroom experience; but she is held in high esteem by conservative Christians and was a clerk for late Supreme Court justice Antonin Scalia.

Judge Barrett and her husband Jesse Barrett have seven children, all under 20, including two adopted from Haiti.

They are members of a Christian group called People of Praise.

Members of the group swear a lifelong oath of loyalty, called a covenant, to one another. They are assigned and are accountable to a personal adviser, called a 'head' for men and a 'handmaid' for women. According to the group, they've recently dropped the term 'handmaid' in favour of 'woman leader'.

The group teaches that husbands are the heads of their wives and should take authority over the family, the New York Times reported, and has adopted a number of Pentecostal practices such as speaking in tongues and divine healings.

In 2017, legal scholars said loyalty oaths such as Judge Barrett's could raise questions about a nominee's independence and ability to remain impartial.

Judge Barrett's views on abortion - and the landmark 1973 Roe v Wade ruling that established the right to an abortion in America - have been central to reporting around her nomination.

During her confirmation hearings, Judge Barrett didn't directly answer questions on how she would vote on abortion rights, but has made her personal opinion clear in the past.

In 2006, she signed her name to a newspaper advert, opposing "abortion on demand."

Although Barrett hasn't ruled specifically on abortion before she has reviewed to abortion restrictions cases while on the appeals court.

Judge Barrett backed a law that would force doctors to inform the parents of a minor seeking an abortion.

She also called for a state law that sought to ban abortions related to sex, race, disability or life-threatening health conditions to be reheard.

Although her views on abortion suggest otherwise, Judge Barrett has said several times that she does not think the Supreme Court will overturn Roe v Wade.

"I don’t think the core case, Roe’s core holding that women have a right to an abortion, I don’t think that would change," she said in a 2016 appearance at Jacksonville University. "But I think the question of whether people can get very late-term abortions, you know, how many restrictions can be put on clinics, I think that will change."

Reply
Upvote
2 upvotes
What a poor replacement for RBG. The republicans must really think they’re screwed for the next election to have pushed this confirmation so desperately.

Reply
Upvote
@cat for all conservatives they would much prefer ACB rather than RGB. RGB was quite left wing.