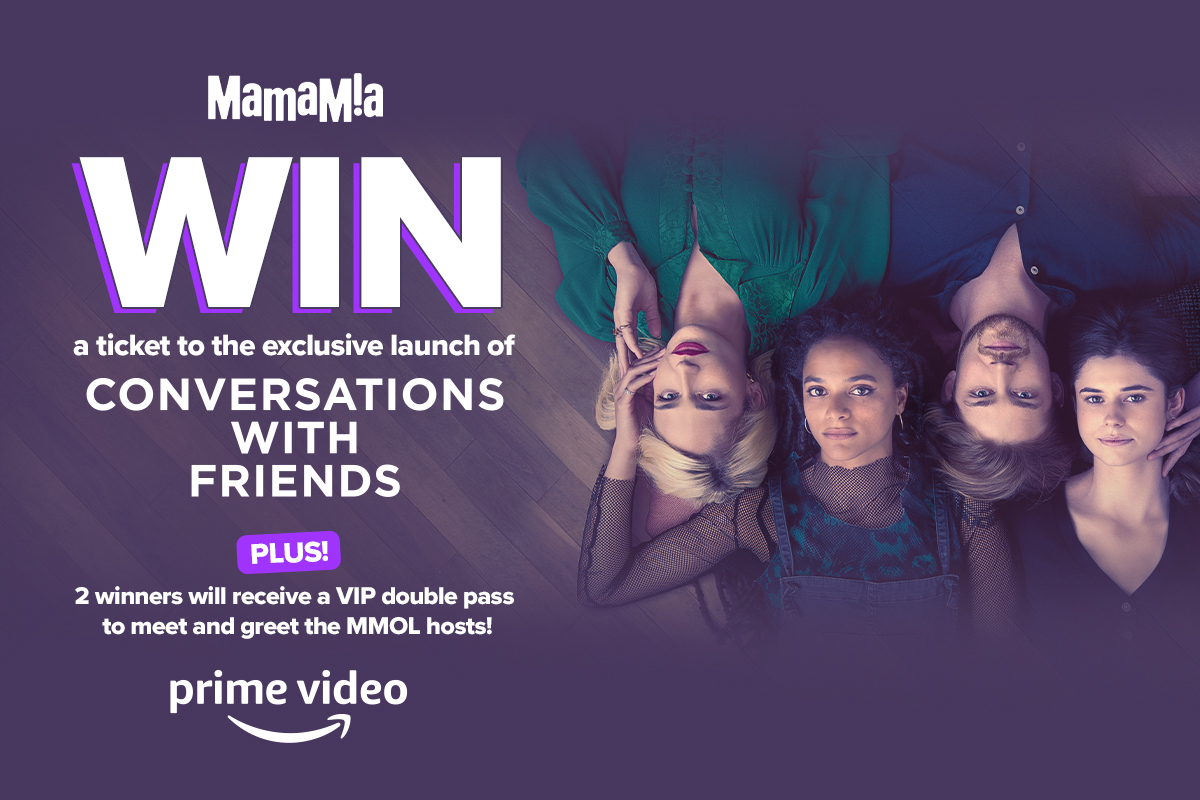 Relationships are ambiguous and complicated, and you can’t always explain your emotions. But who is willing to start the conversation?

Prime Video's new series, Conversations With Friends, follows a college student, Frances, as she navigates a series of intimate relationships that force her to confront her own vulnerabilities for the first time. The 12-part show is based on the debut novel by Sally Rooney and adapted by the creative team that brought to life her novel, Normal People – making the show our next must-watch on Prime Video.

To celebrate the release of the new series, Mamamia and Prime Video are giving you the chance to WIN a ticket to the launch screening of the brand new show Conversations with Friends, plus receive 3 extra tickets so you can bring your friends!

Major prize
2 x double VIP passes to see the premiere of Prime Video's new series Conversation with Friends, including canapes and drinks and a Meet and Greet with Mamamia Out Loud hosts!

Minor prize
15 x tickets for you and three friends to see the premiere of Prime Video's new series, Conversation with Friends, including canapes and drinks

For your chance to win an invite to the launch event on Monday May 16th, we want to know: What conversation do you wish you could be having with your own friends? Is it unusual, unconventional or unexpected? Tell us the juicy details!

All episodes of Conversations With Friends will be available to watch on Prime Video from May 16. Watch the full trailer below.

Winners will be contacted via email on 10am AEST Thursday 12th May 2022.

This competition is now closed.