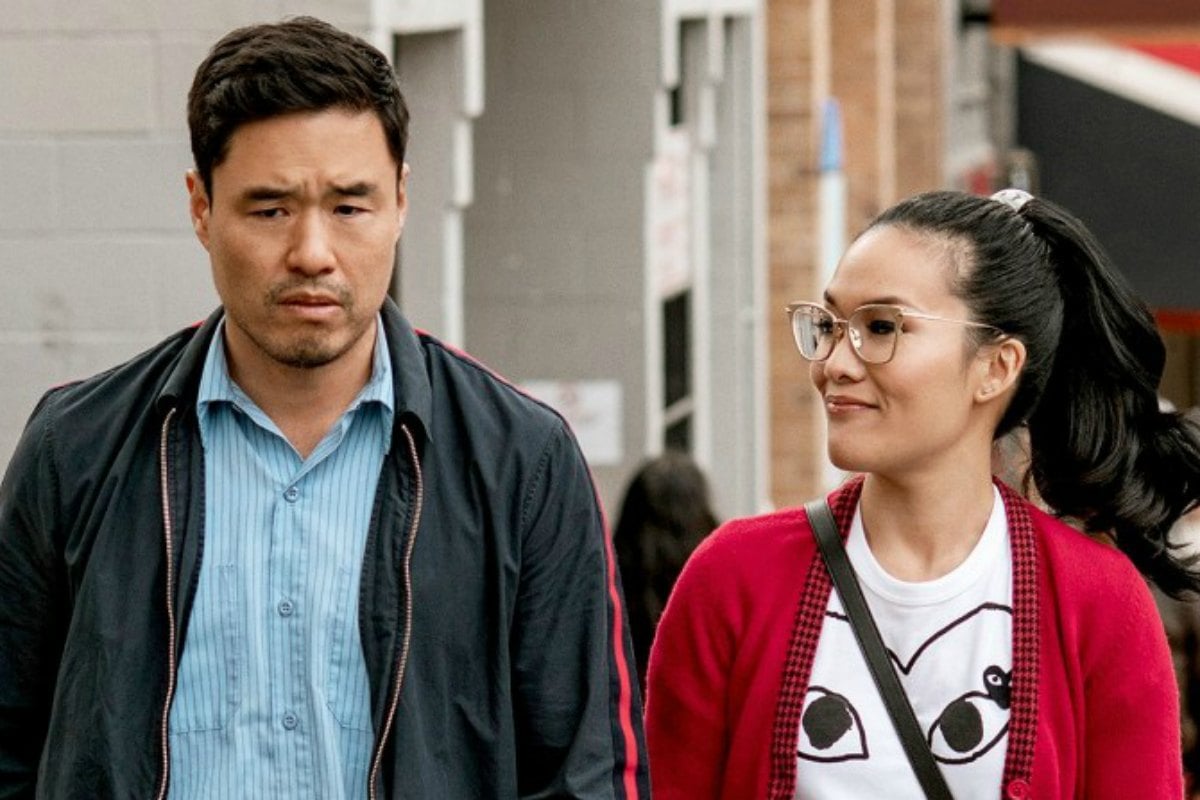 It’s a classic rom-com trope that features in the likes of When Harry Met Sally, The Princess Bride and Grease. And it also happens to be the premise behind comedian Ali Wong‘s new Netflix movie, Always Be My Maybe. (Yes, the title is a nod to Mariah Carey’s 1995 R&B anthem, ‘Always Be My Baby’. So, good luck getting that song out of your head.)

Always Be My Maybe is about childhood friends and one-time college lovers, Sasha Tran (Wong) and Marcus Kim (Randall Park) who are re-united as adults. Sasha a successful celebrity chef, while Marcus is a wannabe musician in a band named Hello Peril who earns a living working at his dad’s aircon repair business. A chance meeting 16 years later brings them together, and they gradually re-kindle their friendship, with a few bumps along the way.

One of those said bumps is randomly, and most delightfully, a 15-minute appearance by Keanu Reeves, who plays a caricature of himself and spends most of the scene attached to Sash’s side (and mouth), much to Marcus’ horror.

Watch the trailer for Always Be My Maybe right here:

The film, which has been described as a modern day When Harry Met Sally by its director Nahnatchka Khan,  is already being praised for its diverse cast, both in ethnic background and age — Wong is 37 and Park 45. And also for celebrating Asian American characters, without the narrow cultural cliches.

It’s also down-right funny. The film was a two-year collaborative effort between producer and writer, Wong (Baby Cobra and Hard Knock Wife) and her co-star Park (Fresh Off the Boat, Ant-Man and the Wasp) and fellow writer, Michael Golamco.

Not even a day after its release, Always Be My Maybe has already got the Twitter tick of approval, with Keanu Reeves’ appearance scoring many a dedicated shout-out.

Always Be My Maybe was delightful and Hello Peril are my summer soundtrack.

.@aliwong’s glasses game in @netflix #AlwaysBeMyMaybe is so strong it deserves its own academy award for best eyewear pic.twitter.com/tILXusdsCH

#AlwaysBeMyMaybe is the movie I didn’t know I needed at the right, perfect time. I love you @aliwong and Randall Park and I’m even more in love with Keanu Reeves than I thought possible. This writing is chef’s kiss. Y’all bet not sleep on this movie @netflix !!!

Believe the hype! #AlwaysBeMyMaybe is a charming and hilarious breath of fresh air, containing possibly my all-time favorite Keanu performance. So… where the hell can I buy some HELLO PERIL merch?!

Keanu is amazing in ALWAYS BE MY MAYBE. pic.twitter.com/6T1y6YWzlQ

can we just take a moment to appreciate keanu reeves in always be my maybe pic.twitter.com/OA22SU0pGo

You guys ALWAYS BE MY MAYBE is on @netflix now!! I’ve already seen it but I’ll be watching again because @parkrandall & @aliwong are THAT good. Get ready to laugh, cry & feel all kinds of nostalgia. #AlwaysBeMyMaybe pic.twitter.com/91ue5GbYNU

Always Be My Maybe is available to stream on Netflix now.

Have you watched Always Be My Maybe? Is it on your list? Tell us in a comment below.

It's not half as well-written or well-shot as When Harry Met Sally.