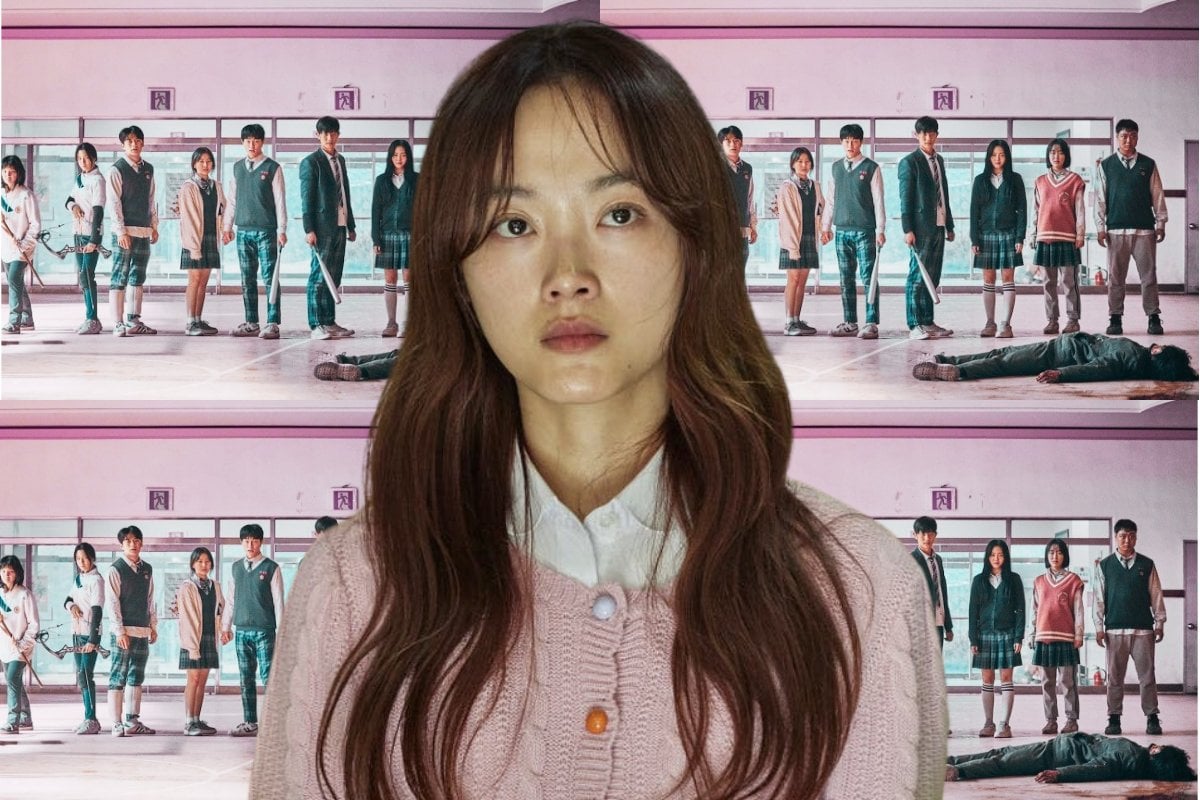 The Koreans certainly know how to tell a good story. Hot on the heels of the highly addictive Netflix series Squid Game, comes All Of Us Are Dead, a zombie drama (again on Netflix) that is by turns horrifying, funny, sad, hopeful, traumatic, and a heck of a lot of fun.

Like every zombie film or show that has come before it, All Of Us Are Dead has a few familiar tropes. There are people running from zombies, turning into zombies, attacking zombies, being attacked by zombies, crying over people attacked by zombies, and crying even more when they have to "kill" said person who has now become a zombie.

For us zombie afficionados, this 'same-ness' is not a negative. In fact, we welcome it.

Watch the trailer for Netflix's All Of Us Are Dead. Post continues below.

What is All Of Us Are Dead about?

High school students are going about their day when suddenly a girl gets bitten by an infected rodent. She becomes a zombie and bites someone... well, you can imagine what happens next.

Who knew school could be so dangerous?

Featuring a very attractive young ensemble cast, there are lots of hormones and crush revelations in amongst all the zombie-killing: "Run! I love you, by the way. Run!" Teenagers have no sense of timing, that's for sure.

And when I say "Run", I mean it. Unlike the shuffling undead in George A. Romero's Night of the Living Dead film series, these zombies, in keeping with the spate of zombie stories of late, run really, really fast.

Yet while the series vacillates between silly and horrific, it still manages to touch on some modern issues like bullying, refugees, teen pregnancy, and the class system.

And it's not a spoiler to reveal that a series with zombies, several characters, and the title All Of Us Are Dead means there is a lot of death. A LOT. Be prepared. Bring tissues. No one is safe. 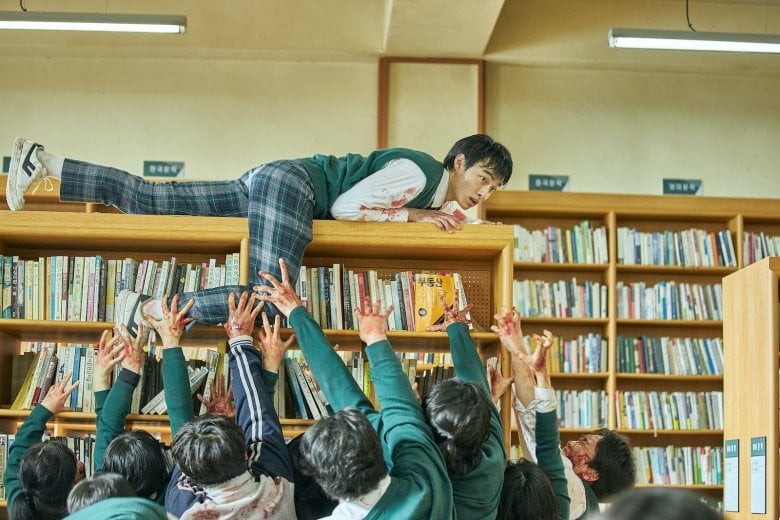 Libraries aren't what they used to be. (Image: Netflix)

Inappropriate declarations of love. And zombies.

With 12 episodes at almost an hour each, you will need to invest about 12 hours of your time. Perfect for a weekend marathon.

If you love zombie drama, then yes.

It's a little on the long side, but the characters are nicely fleshed out - even when their flesh is being ripped apart - and you feel truly sad when some of them die and watch the ones get left behind pick up the (sometimes literal) pieces.

Netflix has not yet revealed if there will be a season two, but with All Of Us Are Dead currently number one in over 25 countries since its premiere last Friday (including Australia), things are looking up.

You can watch the entire first season of All Of Us Are Dead on Netflix now.

Reply
Upvote
Search Party on Stan hasn't had the publicity it deserves. First season was really quite good, but ends with a huge cliche, which is a nose dive I'm now wondering if Season 2 can pull up from.
C
cat 6 months ago