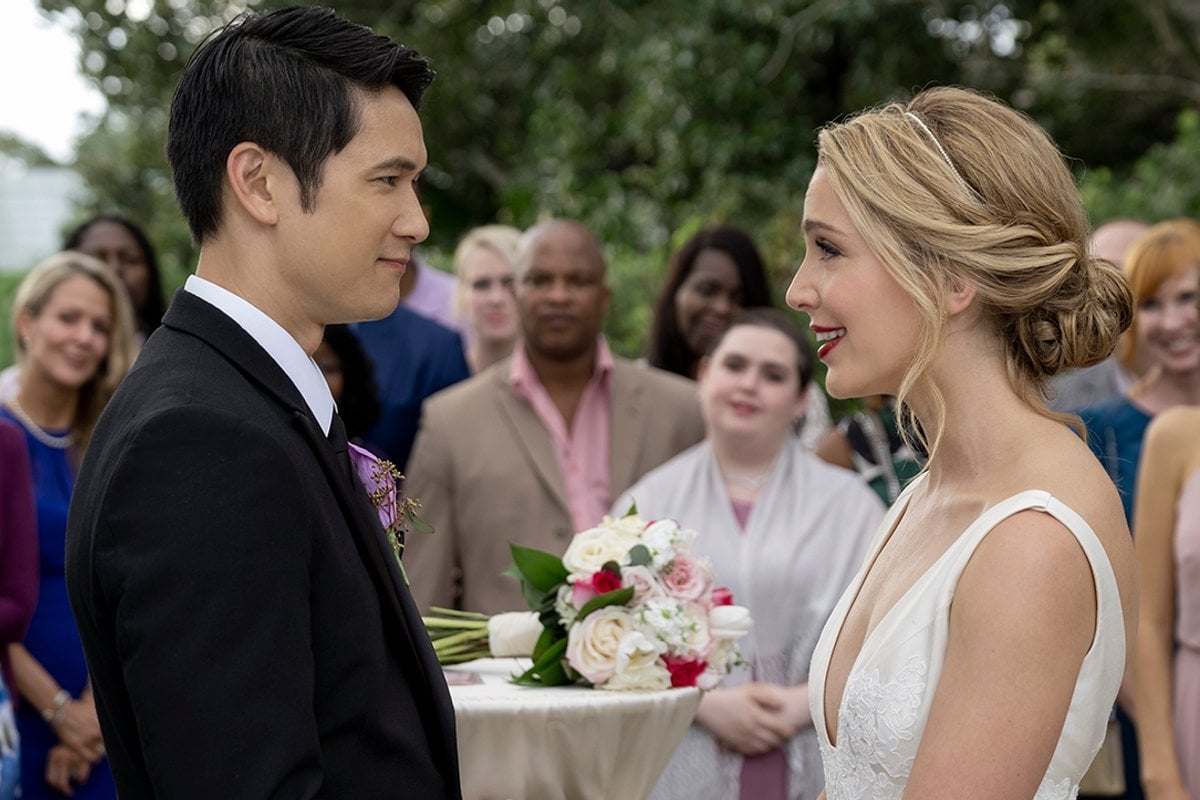 When Jenn Carter and Solomon Chau exchanged vows on their wedding day, they knew their marriage was destined to last just days.

Yet that doesn't make their love story any less magical.

The couple met in Ontario, Canada, at Solomon's nineteenth birthday party. Jenn was in town visiting a friend who lived close by and, along with a gaggle of other women, snuck into Solomon's party even though they had no idea who the birthday boy was and were most definitely not invited.

'Love at first sight' is an idea that, while popularised by romantic comedies, rarely manifests in the lives of regular people. Yet that night it proved true for Solomon and Jenn.

After a flurry of phone calls between the pair, Solomon took a bus through a snowstorm to Jenn's hometown, where she arrived home to find him sitting on her doorstep.

From that moment on, they never left each other's side.

More than six years later Solomon proposed to Jenn by organising for their loved ones to surprise her in a flash mob and even went so far as to have dolphin balloons floating overhead as a tribute to her sister, who died when she was younger.

Their fairytale was dealt a cruel blow later that year when Solomon was diagnosed with liver cancer and three months later, was told he only had a handful of months left to live.

Instead of getting lost in their sadness, the couple forged ahead with their lives by packing as many milestones and special moments as they could into every day.

They traveled, adopted a dog, and thanks to donations from both loved ones and strangers, threw a lavish last-minute wedding so they could still experience the day they'd always dreamed of. 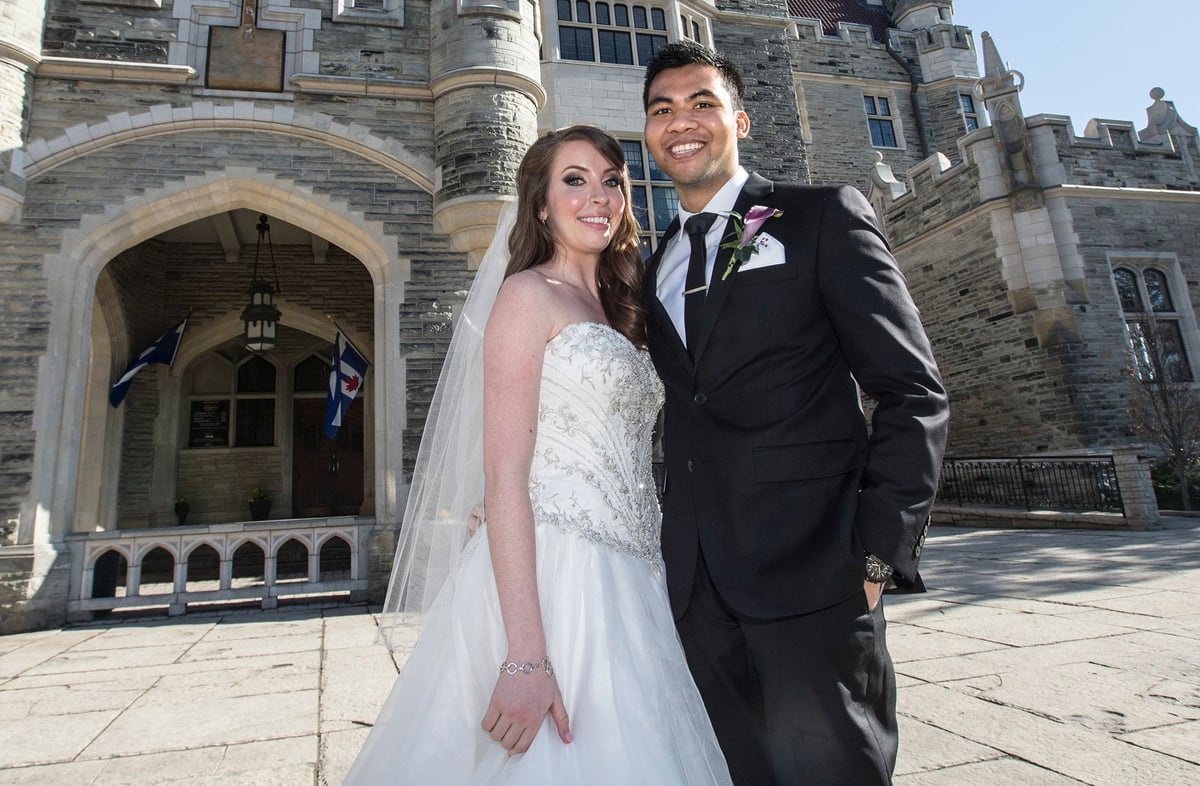 The film stars Jessica Rothe (Happy Death Day, Valley Girl) as Jenn and Harry Shum Jr (Glee, Crazy Rich Asians) as Solomon, in a story that's as much a buoyant romantic comedy as it is a tear-inducing drama.

"I was an emotional wreck from the moment I first read the script," Jessica told Mamamia. "Right through to the end of filming and even when I saw the trailer for the first time.

"I was incredibly lucky that I got to talk to the real Jenn a couple of times on the phone. One time we talked for more than three hours. She very generously shared some very intimate stories about their lives to help Harry and I create a structure for this film.

"She also said she wanted me to have complete freedom in how I portrayed her. She just wanted the film to be a celebration of her and Sol’s love," the 33-year-old actress continued.

"That made it easier for me to go to dark places, because I wasn't worried that Jen would be offended by anything I did. But the most memorable thing she told me during our talks was that they started making videos every morning.

"Jenn would say to him 'just tell me something' and so she had this incredible video diary of the two of them and their time together in his last few months."

"The two of them never sat in pity. That would have been such an easy and human thing to do." 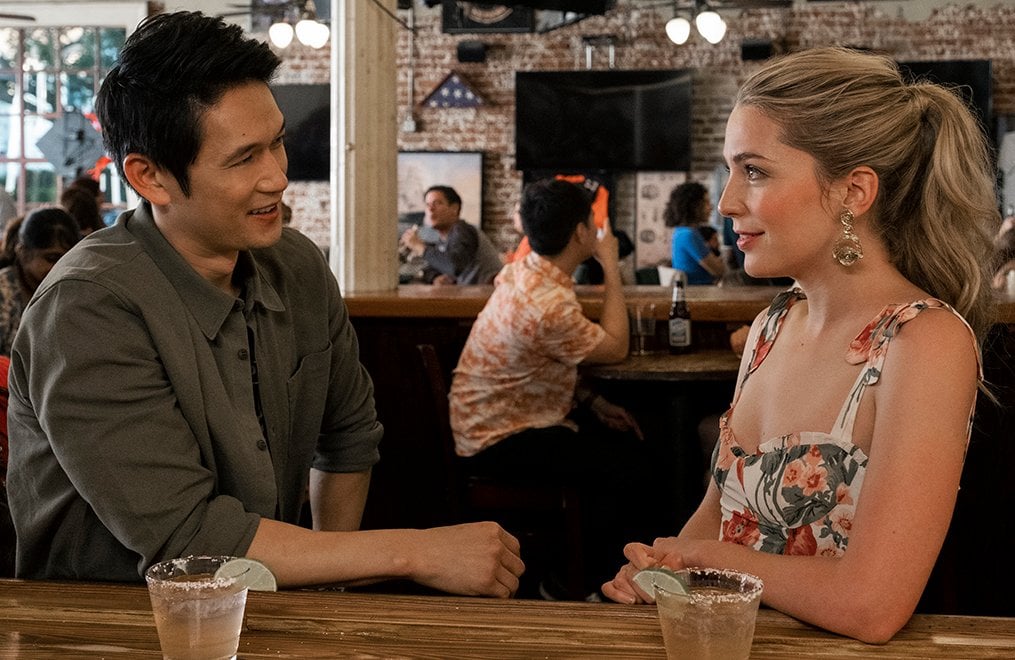 Harry Shum Jr and Jessica Rothe as Solomon and Jenn in All My Life. Image: Universal Pictures.  The success of All My Life very much rested on the on-screen chemistry between Jessica and Harry, with the audience needing to be instantly invested in their love story in order for the movie to pack the appropriate emotional punch.

"Away from the set, we would meet up a lot of nights," Jessica said when describing how she and Harry forged their bond off-camera. "We'd go get falafel down the street or Harry would cook us an incredible pasta dish. We would sit in one of our rooms and go through the script and really pick things apart.

"I felt safe with him. I could confide in him, laugh with him and cry with him.

"I’m lucky that Harry is such a goofball. I’m a big crier so after some really emotional scenes he would make insane faces and dance around. We definitely had a very juvenile relationship to get through those sadder moments." 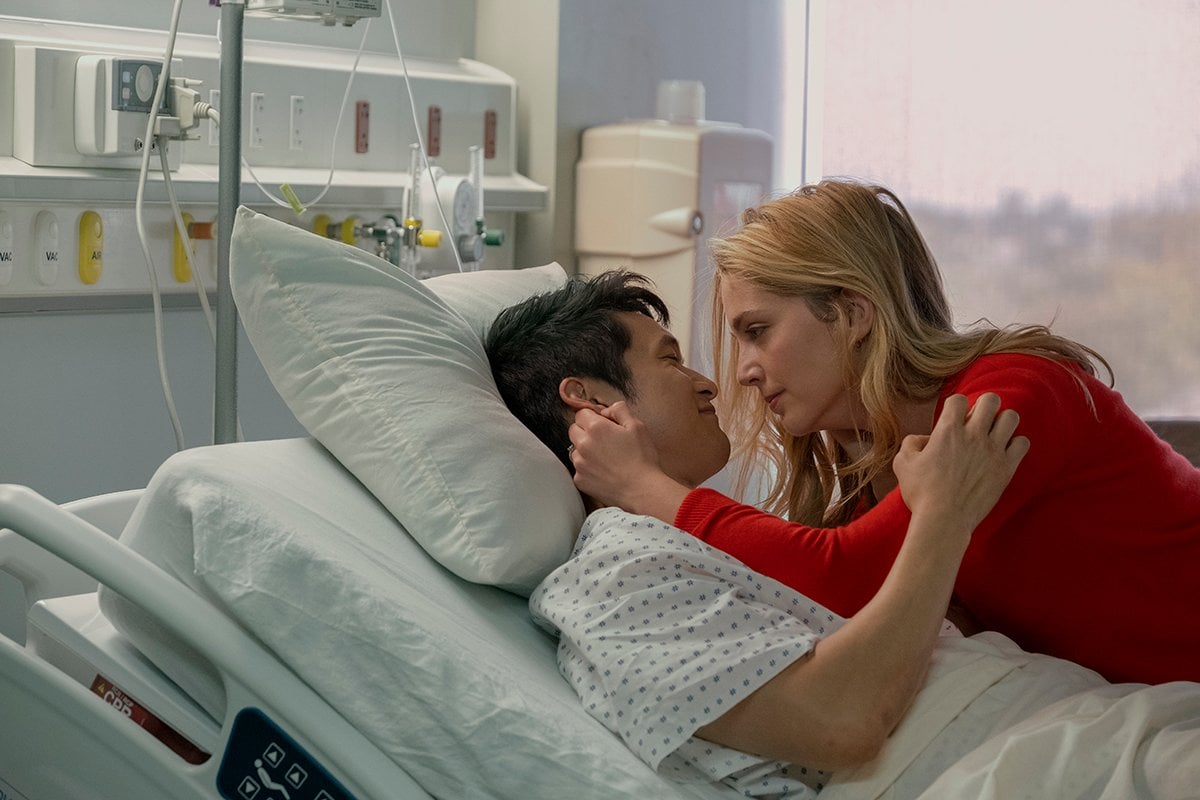 "I felt safe with him. I could confide in him, laugh with him and cry with him," Jessica Roth said of working with Harry Shum Jr. Image: Universal Pictures.  All My Life is a movie designed to stay with you long after the credits have rolled and for Jessica, making the movie had a profound effect on her personal life.

"I was engaged when I filmed the movie and I am now married to my wonderful husband," Jessica said. "Working on something like this and thinking about the loss of a partner, even if it’s in a movie world, really made me promise to never take him for granted.

"We all do that," she continued. "We all have those moments where we feel frustrated and we rush through the days. I've now had the opportunity to experience that kind of grief through the film, so now I try to let him know that I love him, every day.

"Going through the COVID-19 pandemic together, there are a lot of times I think if I hadn’t shot this movie, I would be frustrated or antsy to get back to the world.

"But I try to remember this time is a gift."

All My Life is in cinemas from Thursday 19 November. It is rated M.