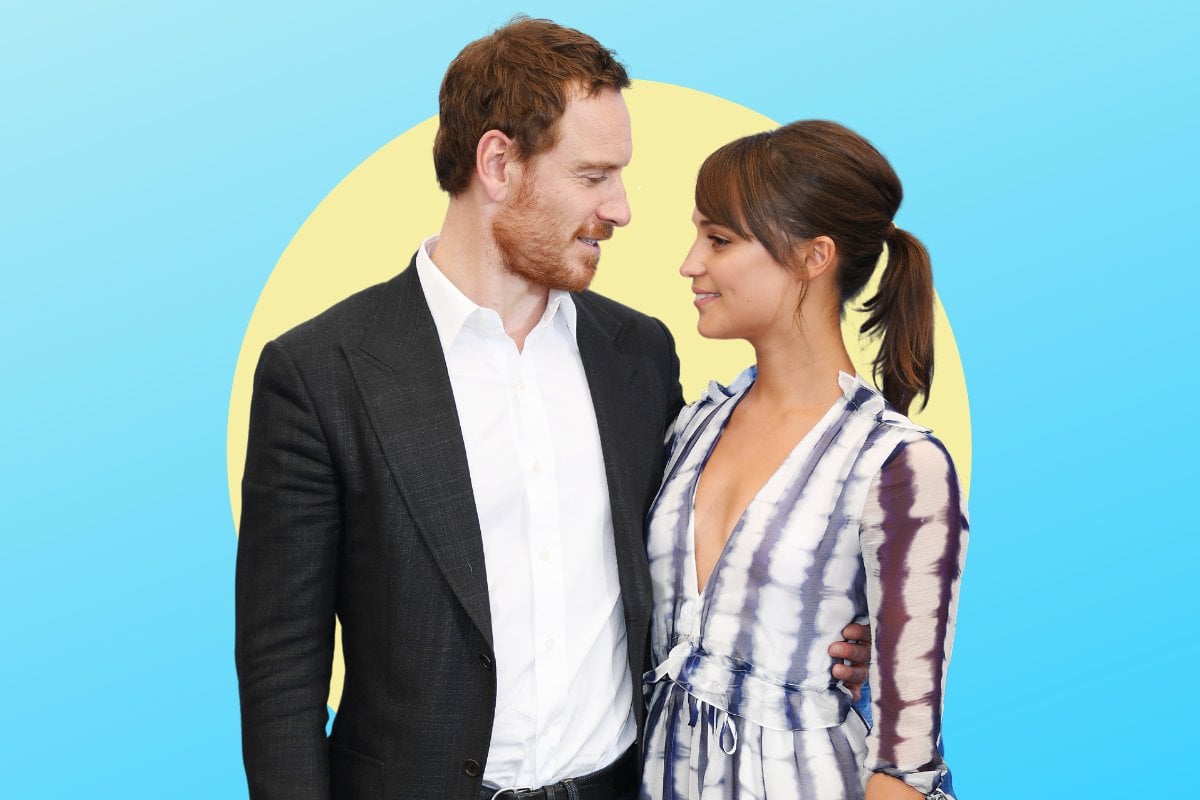 After weeks of speculation (and paparazzi photos taken of the couple with a mystery baby in Ibiza), Vikander, 32, confirmed the news in an interview with People this week.

"I now have a whole new understanding of life in general," she said. "That's pretty beautiful, and obviously will give a lot to any of my work in the future."

While the Tomb Raider star confirmed the new addition to their family, she insisted on keeping further details (including the birth, sex and name of the baby) private.

When asked how her life has changed since becoming a mum, she responded: "I think I'll wait with that one. I'm enjoying finding it out in the moment right now, more than anything."

Alicia Vikander and Michael Fassbender have been married since 2017. Prior to meeting each other, Fassbender, 44, had a reputation for dating his co-stars.

While shooting X-Men: First Class in 2011 he briefly dated co-star Zoë Kravitz, and in 2012, he confirmed he was in a relationship with Nicole Beharie, who appeared alongside him in the film Shame.

After splitting in 2013, the actor told GQ that he is "kind of selfish" and prioritises his acting career over relationships.

"I think the longest relationship that I've been in was two years," he said. "I started doing this [acting] when I was 17, so I guess in my dating, adult life, that kind of covers it."

While never publicly announcing it, in 2013, the Swedish actress dated True Blood star and fellow Swede Alexander Skarsgård for a year.

Alicia Vikander and Michael Fassbender's first meeting came just a year before they started dating, while they were both linked to other people.

"We had met at Toronto Film Festival on the dance floor," Fassbender told Entertainment Tonight. "I thought [I was a good dancer] until she started dancing and then I felt like I had two left feet."

Fassbender knew there was an immediate spark between them, telling the publication the chemistry "was sort of there from the beginning".

Like many other Hollywood couples, Vikander and Fassbender's official love story started on the set of a film, when the actors were cast as husband and wife in The Light Between Oceans.

"You have to come together very quickly," Fassbender told Entertainment Weekly. "That's a very specific, unusual thing to this business — and it can be a very powerful thing." 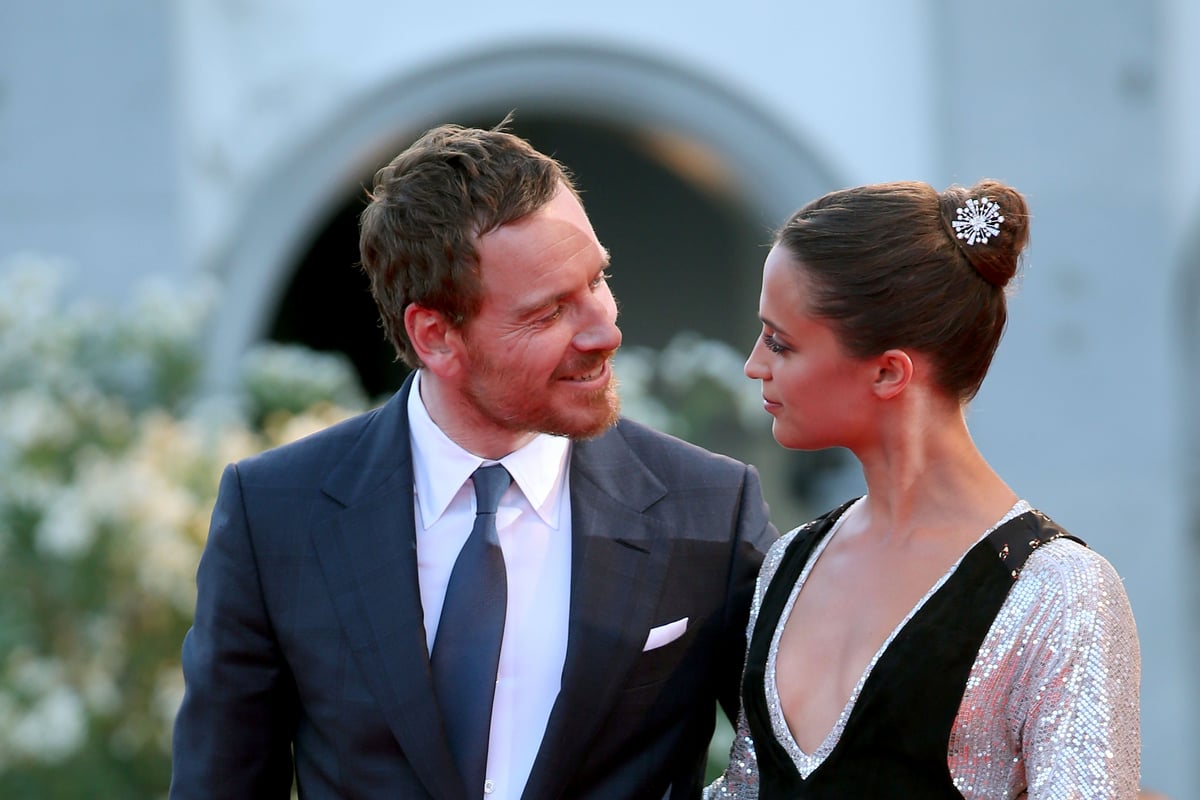 Michael Fassbender and Alicia Vikander at the Venice Film Festival in 2016. Image: Getty. The couple knew early on that they wanted to keep their relationship private.

"I think we've made a clear statement that we keep certain things just between us," Vikander told the publication. "It was very easy to unite, but that's quite personal."

Fassbender added: "I'm not going to talk about my private life with a total stranger unless I feel like I need to. Why would I? I don't."

After months of speculation, the couple confirmed their relationship when they appeared together at the 2016 Golden Globes.

The following month, Vikander won an Academy Award for her role in The Danish Girl, giving Fassbender a kiss before accepting her award. That same night, the couple's parents met for the first time.

"So that was a pretty wild experience," she told Elle UK. 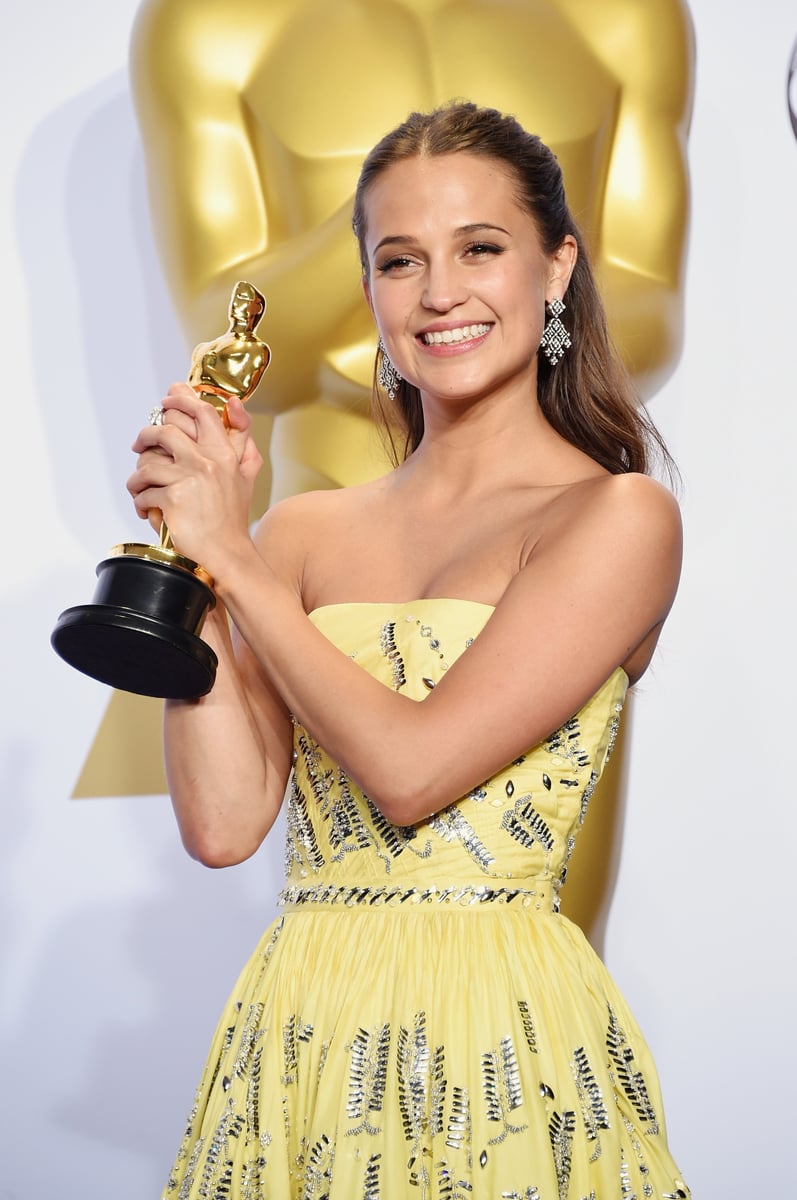 Alicia Vikander after winning her 2016 Oscar. Who remembers the dress?! Image: Getty.

In October 2017, the couple got married in a private ceremony in Ibiza, followed by a honeymoon in Italy.

Speaking to Vogue a few weeks later, Vikander said: "It's not about being secretive. It's just about choosing the few things that you keep private."

"I feel I'm more happy and content than I've ever been," she added.

These days, the couple - and now, their newborn baby - live in Lisbon, Portugal. 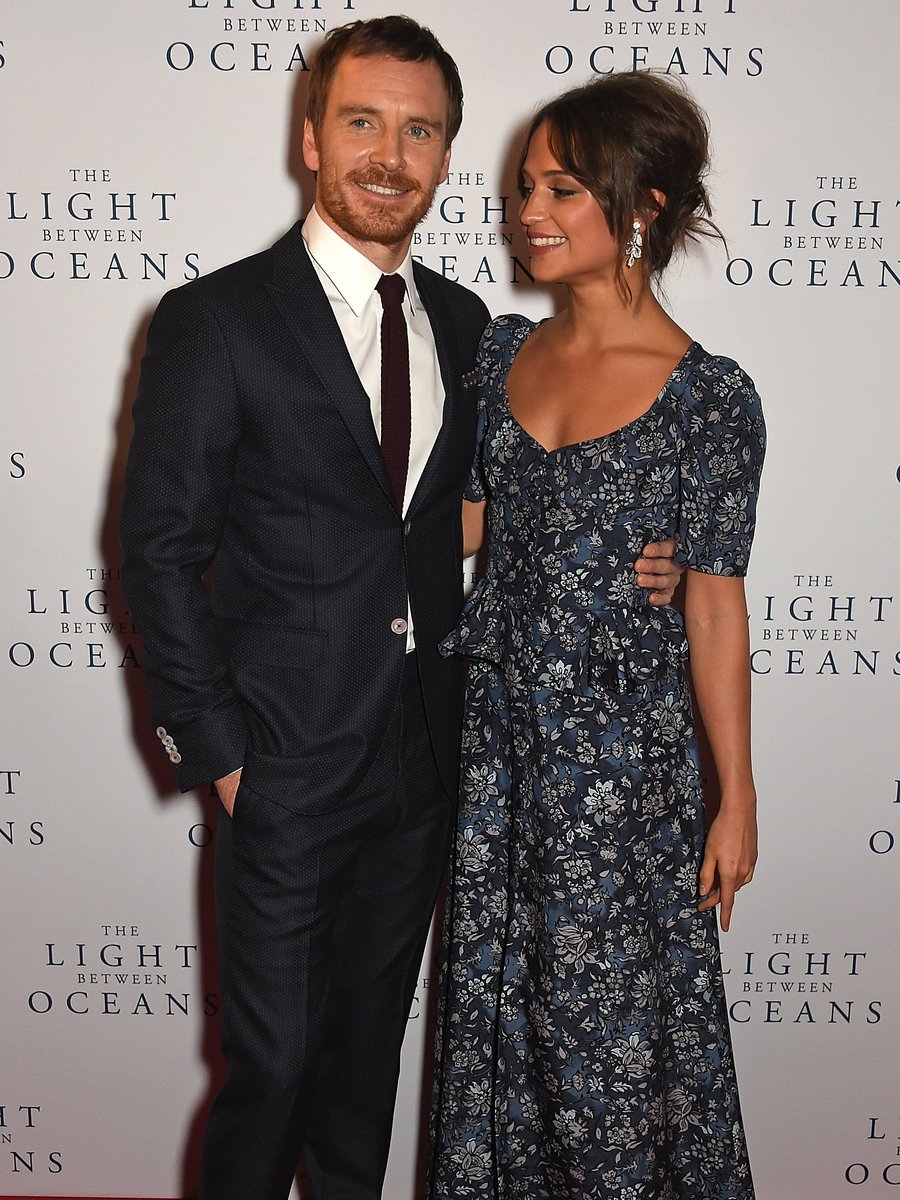 Michael Fassbender and Alicia Vikander at the UK premiere of The Light Between Oceans. Image: Getty. "When I met Michael, he had already been to Portugal and he'd been in London for 18 years. I'd been there a few years," Vikander told the Irish Mirror in 2020.

"We'd talked a bit about moving someplace else, then Brexit happened and we pushed the idea. Being Irish and Swedish, we could have gone to our home countries, but we definitely wanted to go someplace warm and we wanted to be in Europe and not far from friends and family."

And they hope to work together again when the right project presents itself.

"I would love to work with him one day, but we're very much individuals, which I love and I think is good in any relationship," Vikander told Elle.

"We both take on parts because it's a film that is right for us, so it would have to be the same if we were ever to work together again."