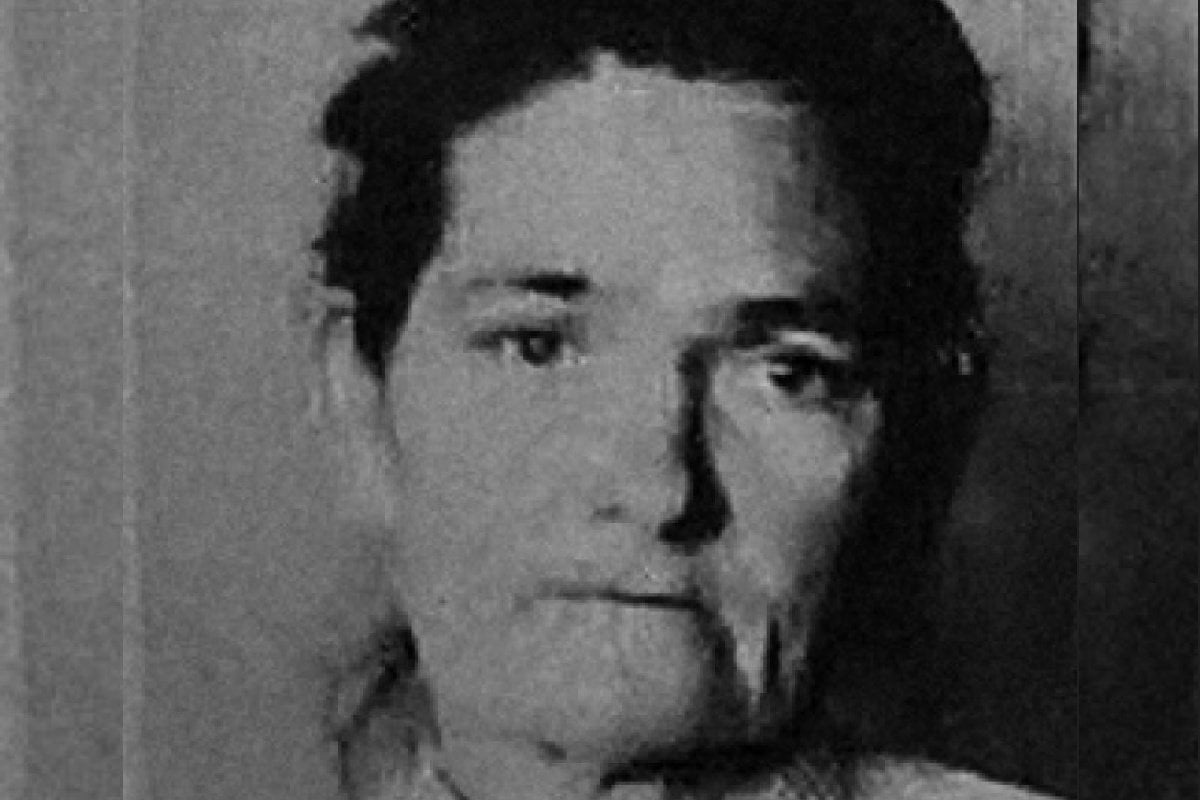 Alice Mitchell has been described as Australia's worst serial killer, and yet you've likely never heard of her. In 1907, the Perth woman was arrested for the murder of five-month-old Ethel Booth.

In the subsequent trial, which gripped the nation at the time, it was uncovered that at least 37 babies had died in Alice's care. In fact, Alice had been running a 'baby farm' – the practice of accepting custody of an infant purely to make an income, and not necessarily to care for them.

The below extract from 'The Edward Street Baby Farm' by Perth author Stella Budrikis, delves deep into the history of how Alice Mitchell's baby-killing crimes were uncovered.

Alice Mitchell had no experience in any sort of nursing, other than as a mother of her own children. But no experience was required. Under the state’s Health Act of 1898, anyone taking custody of children for payment simply had to prove that they were "of good character" and register their premises for the purpose.

Alice submitted a letter of recommendation to the Perth City Council from Dr Coventry, a well-respected local medical practitioner. The house was inspected by a health inspector from the council to ensure that it was clean, safe and had adequate room for the number of children being cared for. Once Alice was registered and her premises were licensed, she could legally advertise her services and take on the full-time care of infants and young children.

Most of the babies that Alice received belonged to single mothers, who were unable to keep their infants with them because of the need to return to work to support themselves. A few had mothers who were married but separated for some reason. One father placed his baby with the Mitchells after his wife died and he had no family in Western Australia to look after it. 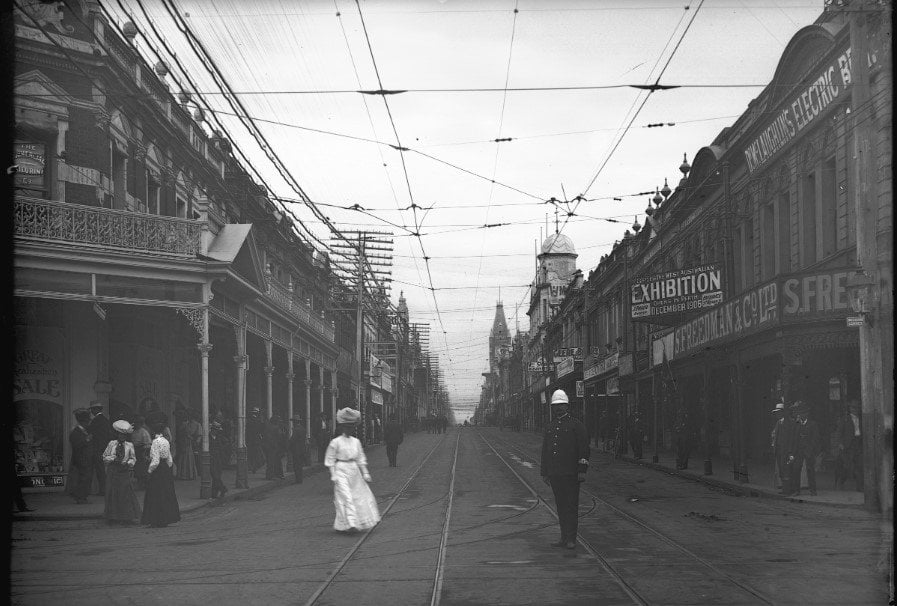 In March 1902, funeral director Charles T. Coulson called at the Mitchells' address to remove the tiny body of seven-week-old Agnes Donovan. Her death was due to "marasmus and syncope" according to Dr Saw, who provided the death certificate. Marasmus was the term often used to describe wasting due to malnutrition, particularly in infants who were being fed artificially rather than breastfed. Syncope was another word for fainting or collapse.

Agnes' death, though tragic, would have raised no great concern in the minds of Dr Saw, the funeral director or the health authorities. In turn-of-the-century Perth, the death of an infant was not, in itself, newsworthy. Dr Saw would have seen countless babies and young children succumb in their first few years, especially during the summer months when "summer diarrhoea" was rampant.

So-called "illegitimate" children were especially at risk of gastrointestinal infections, due to poor nutrition, contamination of their diet, and lack of the maternal antibodies normally obtained through breastfeeding.

Babies like Agnes, placed by their mothers with a "kind person" from birth, were fortunate if they survived the first year of life. If they avoided dying from infections, they were still at high risk of death from malnutrition, unless the person caring for them was knowledgeable and skillful in feeding them. Ignorance and misinformation about what babies needed to thrive meant that such babies were often fed on less-than-adequate substitutes for breastmilk. No training in how to care for infants was provided to women like Alice Mitchell.

The lady health inspector, Harriet Lenihan, began visiting the Mitchells’ home soon after it was registered in 1901. Her role was to ensure that the provisions relating to infant life protection the 1898 Health Act were being met, that the house was still suitable for looking after infants, and that the register held by the foster mother, Alice, was being kept up to date. She was supposed to ensure that the council’s copy of the register, held at the office of the council’s local health board, was also accurate and up to date.

This was not an easy task; in fact, it was almost impossible to carry out. In her first year as inspector, Harriet filled in the copy of the register kept by the local health board as best she could, from the information Alice Mitchell provided. But when her supervisor changed at the end of the year, her new supervisor, Mr Sheldon, instructed her not to write in either of the registers herself. It was the foster mother’s duty to fill in her own register. The foster mother should also convey information about any changes to the children in her care to the office of the local health board, either in person or in writing. The office clerk would use the information to fill in the health board copy.

For much of the time that Harriet was a health inspector, the office copy of the register was kept under lock and key. She could ask to see it, but all she could do if she found information missing from either register was remonstrate with the foster mother. Baby Agnes Donovan’s name and details were never entered in the office copy of the register.

On February 5, 1907, Corporal O’Halloran, a stocky, dark-haired man in his late thirties, visited the house in Edward Street himself. "I understand there’s a girl you’re anxious to find," he said when Alice Mitchell came to the door.

"Yes. I’ve been keeping her baby for months, and I’ve received nothing from her. It’s Maud Brown," she said, as if expecting Corporal O’Halloran to know the name. Perhaps he did.

She continued, "I keep them for a living. I don’t keep them for the love of the thing. Her child wants nourishment, and I’m unable to give it to her unless she pays me."

"Perhaps you should show me this child," he said.

Alice Mitchell went down the lino-covered hallway to one of the bedrooms. She came out holding an infant wrapped in a thin blanket but otherwise wearing only a dirty cloth nappy. Corporal O’Halloran noticed a sickly smell coming from the child. Her face was pale and wizened, her eyes inflamed, her skull too large for her shrunken features, giving her the look of an old woman. Her tiny body was so emaciated and limp that the normally implacable policeman found it hard to look at her.

"She’s suffering from marasmus and teething," Alice said. "I’ve had the doctor to her three times, but he refuses to attend her again until he’s paid." She named the doctor as Dr Officer. Corporal O’Halloran promised that he would attempt to get a doctor to see the child and have her admitted to hospital.

Before returning to the Mitchells' house, Corporal O’Halloran conferred with his district supervisor, Inspector William Charles Sellenger. Both men were aware of the rumours circulating for some time, by word of mouth and in the gossip columns of the weekend papers, about the presence of a "baby farm" in Highgate. Yet no-one was willing to make a formal complaint, least of all the mothers of the babies. They would not expose their secret shame by admitting that they had given birth to an illegitimate child. Now, it seemed, the police might have some hard evidence to work with. 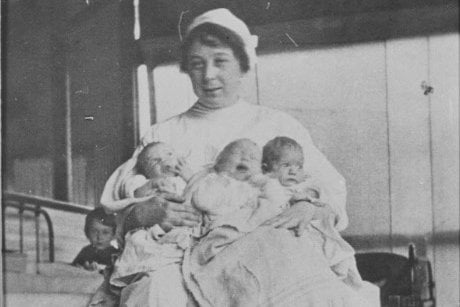 A nurse with babies in the Perth Public Hospital in 1919. Image: State Library of Western Australia.

Later that afternoon, the corporal returned to the house in Edward Street with Dr Thomas Davy, the government medical officer.

Alice Mitchell directed the two men into one of the rooms on the left of the passageway, and went to fetch Maud Brown’s baby from elsewhere in the house.

On the double bed in the room in which they now stood, a room they would both later remember as untidy and having an offensive smell, they found another infant, Ethel Booth. Dr Davy bent to examine the emaciated child, who was too weak to brush away the flies that mobbed her eyes. Straightening up, he declared that she "would be dead within ten days".

When Alice Mitchell came in, he demanded, "Do you know what is wrong with this child?"

Dr Davy turned to examine the other baby, the child of Maud Brown that he’d been called in to see. He soon concluded that she must be taken to the hospital immediately. 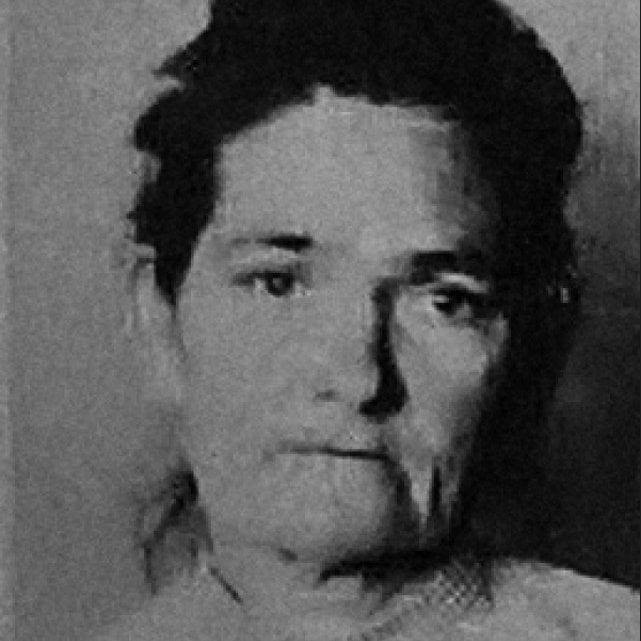 Next, Corporal O’Halloran asked Alice Mitchell to show him her register. She brought it to him and he leafed through its pages. He noted that the records began in December 1902. After skimming the entries, the corporal pointed out that nothing had been recorded since 1904, when she was living in Cavendish Street. Alice replied that she had only had two infants in her care since then, baby Booth and baby Brown.

Corporal O’Halloran took the register away with him. After finding Elizabeth Booth’s address, he sent a constable to tell her what he had seen, and what Dr Davy had said about her baby.

On her arrival at the hospital, baby Brown was admitted at once and carefully nursed. Baby Ethel Booth remained with Alice Mitchell.

Under Inspector Sellenger’s direction, Corporal O’Halloran began investigating Alice Mitchell’s activities. He was now able to study the entries in the register she had handed over to him more closely. After deciphering the handwriting, he discovered that there were many omissions and discrepancies in what had been recorded. But as he added up the figures, he realised that of the first thirteen babies listed by Mrs Mitchell in her register, all had died. Nineteen of the twenty-three for which she had kept records had died.

He took his notes to the office of the Registrar of Births, Deaths and Marriages, and with the aid of the registrar, he painstakingly searched through deaths registered during the previous six years. Several more deaths registered at addresses once occupied by Alice Mitchell emerged. Disentangling, collating and crossmatching the information he was gathering felt like playing patience with half the pack missing and several cards duplicated. At times it seemed impossible to put it all in order. He persevered.

Late one evening, a couple of days after his visit to Alice Mitchell, he was walking along Edward Street when he noticed Elizabeth Booth leaving the Mitchells' house. She was in tears, and rushed past him without glancing at him or speaking. A few days later, on 11 February, he heard that she had taken her child to the hospital herself.

On Tuesday, 12 February, baby Ethel Booth died, one day after her admission to hospital, and less than a week after Dr Davy had declared her doomed. The hospital’s chief resident medical officer, Dr Herbert Tymms, carried out a post-mortem in the presence of Dr Davy.

On Friday, 15 February, Corporal O’Halloran arrested Alice Mitchell at her home and charged her with the unlawful killing of Ethel Booth.

This is an extract from the book The Edward Street Baby Farm by Stella Budrikis (Fremantle Press).

The book is available in all good bookstores and online.