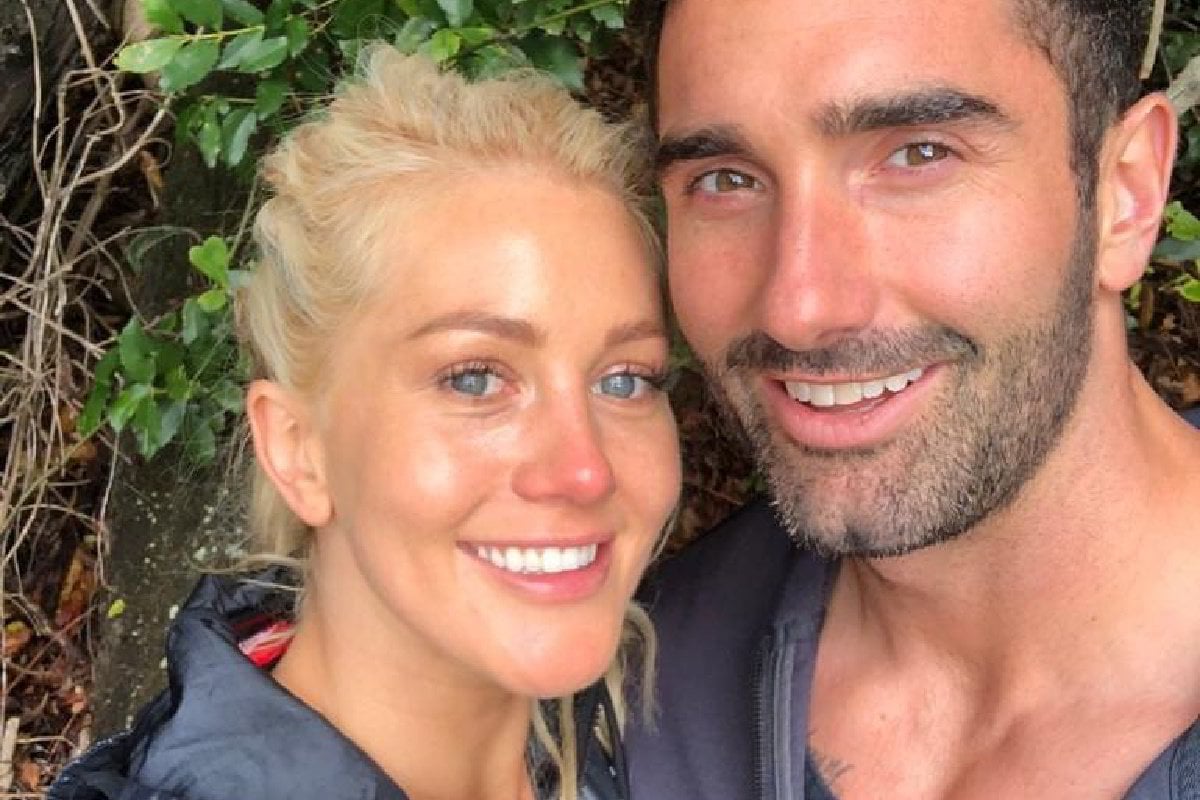 1. Looks like ‘texting other ladies’ during The Bachelorette was the real reason Ali and Taite broke up.

Two months ago, Bachelorette Ali Oetjen and the winner of her season Taite Radley ﻿announced their break ﻿up after two years together.

While both of them insisted the breakup was amicable and mutual, some new reports suggest that there was more to it.

On this week's episode of the So Dramatic! podcast, two sources called in and told the host Megan Pustetto that Taite quickly got back on the horse post-breakup and was chatting up other girls while trying to win over Ali on The Bachelorette.

"I was at this bar called Eighteenth Amendment, this was the last weekend before lockdown, as he was already out with other girls, and he had his arm around this girl," the source told Megan.

"Taite is on the move in Ballarat [the city where he's living]. He’s loving it. It was a wild thing to view, he was out in full force."

While the other source shared that during the filming of the reality TV show, close friends of Taite's were convinced he wouldn't win because he was "out clubbing and chatting up other girls."

However, despite these anonymous claims sounding juicy, Taite appeared on that same podcast episode and put both of them to rest.

"Ali and I just split up as we went different ways. Sometimes I guess life has different plans. We still chat a lot though, which is good," he said.

2.  Married At First Sight expert Trisha is getting replaced with a ‘sex therapist’, so expect more bonking next season.

"After seven seasons of Married At First Sight I have decided to step back from the television series to focus on my writing, research and neuropsychotherapy," Trisha said in a statement to 9Entertainment.

"I've been involved right from the beginning in the challenge of bringing this social experiment to television. The program provides a platform for an ongoing conversation on relationships and I wish the program continued success and hope future participants find everlasting love."

"After seven seasons of Married At First Sight I have decided to step back from the television series to focus on my writing, research and neuropsychotherapy" - @drtishstratford All our thanks to Trisha for the extraordinary contribution she has made to the success of #MAFS! ❤️

The network thanked the expert for her "extraordinary contribution she has made to the success of Married At First Sight".

"She showed great courage joining this very unconventional social experiment in its first short series and helped transform it into the hugely successful franchise it is today. We wish her all the best as she re-directs her energies back into her professional career."

According to The Daily Mail, Trisha will be replaced by an 'American female sex therapist' who has reportedly been involved in the current casting process. ﻿

Watch: Married at First Sight's Jules Robinson and Cam Merchant go head to head in a game of 'How Well Do You Know Your Partner'. Post continues below.

3. Apparently, Prince Harry has royal family holiday FOMO, and to be honest, same. 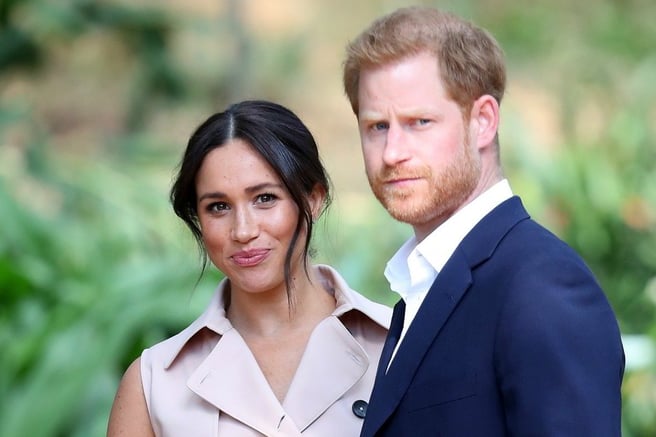 It's been five months since Prince Harry and Meghan Markle officially stepped down as senior members of the royal family. Since then, the couple have started their new family life, with their son Archie, in California.

But according to a royal source who spoke with In Touch, Prince Harry is feeling frustrated that he can't go on holiday with his family in Balmoral, where Prince William and Kate Middleton have just arrived, due to the coronavirus crisis.

Honestly, we'd prefer to be in Balmoral with the Queen too.

But Markle, on the other hand, is more content in their new home.

“[She] doesn’t feel like she’s missing out,” the royal source said. “She’s been too busy decorating their new Montecito mansion.”

As for how the former royals are coping with their new life, it seems the couple are doing just fine.

“Harry doesn’t know the area well at all, but so far so good,” the source told the publication. “Santa Barbara is more his scene than L.A. He has the freedom and space he needs. Harry was extremely unhappy in L.A.”

4. Osher is set to skip a bunch of Bachelorette episodes because of The Masked Singer COVID palaver.

Oh. Osher Günsberg won't be in some episodes of the upcoming season of The Bachelorette and that's an... issue. Obviously.

Channel 10 has announced that Günsberg will miss several episodes of The Bachelorette because he has been stuck in stage four lockdown in Melbourne whilst hosting The Masked Singer.

“Osher Günsberg remains the host of The Bachelorette Australia. He will not appear in some of the later episodes due to quarantine restrictions,” Network 10 said in a statement earlier this week.

It comes as The Masked Singer has been shut down because one of the dancers tested positive to COVID-19, triggering a coronavirus cluster amongst cast and crew. All close contacts were immediately placed into self-isolation, including Günsberg.

It's not clear who will fill in for Günsberg on this year's season of The Bachelorette, starring sisters Elly and Becky Miles, which is due to air later in the year.

5. Brooke Blurton wants to be the next Bachelorette. She's exactly what the franchise needs right now.

She's a proud Noongar Yamatji woman, and she's dated both men and women in the past.

Before she had even stepped into The Bachelor mansion in 2018, the now 25-year-old had experienced more challenges than most of us will throughout our entire lives.

Her early life in Carnarvon, WA, was clouded by drug and alcohol-fueled violence. Her mother died in a car accident when Brooke was just 11 years old. Just one month later, her grandmother, who was her other primary caregiver, also passed away.

Despite all this, Brooke became a keen AFL player, and she has dedicated her life to working with young people who are experiencing the same kind of trauma that she went through.

At 23, she entered The Bachelor mansion and met Nick Cummins AKA the Honey Badger.

She is one of few Indigenous women who have been on the show - or on any reality TV show in Australia - and she is the series’ only Indigenous finalist.

A few weeks into the season, Brooke came out as pansexual to Cummins and told him about the relationships she’d had with women in the past.

She was a clear frontrunner and a fan favourite, before she abruptly left after the hometown dates. Brooke would later disclose that she left because Cummins had told her he wasn't going to choose anyone in the finale.

Reply
Upvote
1 upvotes
These same faces just keep circulating around and around these B- shows.
Not sure how millenials achieved this level of TV mediocrity in a creative desert, but I'm pretty sure that this is just one more chapter unfolding from their evil plan to wreck the entire world.
...and, slowly but inexorably, force me towards prefacing sentences with; "When I was a boy, we didn't..."

Reply
Upvote
1 upvotes
Oh, please. Channel 9 need to stop trying to convince people that MAFS is a 'social experiment', it's nothing of the sort. Bringing in a sex therapist sounds like a terrible idea. All I can see happening is a bunch of people who don't want to have sex with someone they literally just met being told they should put aside their feelings and concerns, and just 'have sex because it will make you closer and improve your "marriage"!'. This is such a bad idea, I can't see how it will possibly end well.
News
General
Opinion
True Crime
Politics
Sport
Explainer
Entertainment
Celebrity
Reality TV
Movies
TV
Books
Rogue
Royal
Lifestyle
Beauty
Fashion
Weddings
Home
Wellness
Health
Fitness
Travel
Food
Parents
Before The Bump
Pregnancy
Baby
Kids
Teens
School
Parent Opinion
Work & Money
Money
Finance
Career
Lady Startup
Relationships
Sex
Dating
Separation
Friendship
Family
Real Life
Couples