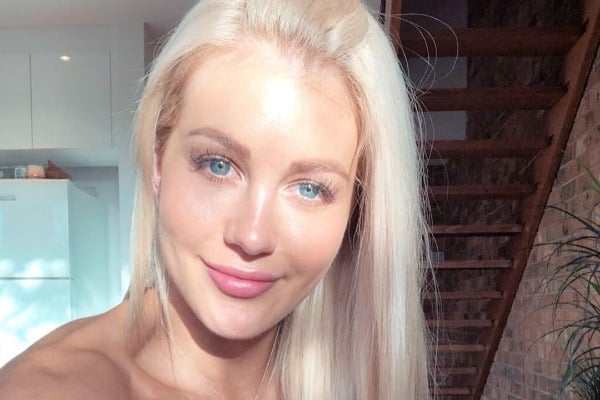 Hi. Hello. Have you been watching The Bachelorette?

Maybe you’re doing so in between scrolling through your Insta feed, watching just enough so you can keep up with the water cooler talk at work. Or perhaps you’re only really watching to understand the finer nuances of the recaps, videos, memes and hilarious group discussions.

One thing is sure – everyone seems to agree that this season’s The Bachelorette is the Most. Boring. Ever.

When Channel Ten first announced Ali Oetjen as the new Bachelorette the second Bachelor in Paradise wrapped up – after we literally saw her and Grant Kemp declare their undying love for each other – I immediately declared to my empty living room, “Well, that’s never going to work!”

I’m sure, I know, I wasn’t the only one. Despite appearing on two iterations of the franchise, I knew nothing about this new Bachelorette – and to be honest, I didn’t really want to find out more either.

All I remembered about her first appearance on Tim Robard’s season of The Bachelor was that awkward kiss lean in... and despite being the cause for a flurry of excitement among the men when she first entered Bachelor in Paradise, as soon as she coupled up with Grant we never saw much of her again.

And, like many people, I scoffed at the fact that she was appearing for the third bloody time on this franchise. She’s already had two chances.

She didn’t seem relatable in the way of Australia’s first Bachelorette Sam Frost – where the whole of Australia was cheering her on to find love after the brutal Blake Garvey fiasco.

She wasn’t Georgia Love, the intelligent, determined, everyday woman who knew exactly what she did and did not want out of a man.

And she was no Sophie Monk – the funny, self-deprecating, self-confessed ‘bogan’ who we wanted to see find love after her past high-profile break ups.

It was always going to be a hard act to follow. And it certainly hasn’t helped that her ex Grant won’t stop talking about… the stairs.

But when the time came for Ali to meet her suitors, I settled in for the ride. Mainly ‘cos I had nothing better to do on the Wednesday night… and for the water cooler talk.

We’re now six weeks into it and Ali’s season has delivered The Bachelorette’s lowest ratings.

She’s been labelled the worst Bachelorette ever. Her personality has been called boring, among other unnecessary personal attacks. She’s also been strongly criticised for kissing all the guys.

But here’s the thing I’m only starting to realise as we enter into the final couple of weeks of The Bachelorette.

It’s not her fault there’s a lack of meaningful connection with any of the contestants.

She’s trying her darn hardest to get to know these guys – which includes yes, kissing them – but um, if you haven’t noticed, pretty much all the contestants are duds.

Not all, but in every other season of The Bachelor and The Bachelorette, by the time we get to this point, there are a few frontrunners. A few relationships that have blossomed where you’ve seen the connection grow and can definitely feel the chemistry. You believe either of the frontrunners would be perfect for the Bachelor/Bachelorette, but, of course, you have your favourite. And all that tension and drama is predicated on who will be the winner.

Not so in this season.

As we have previously pointed out, all the guys seem to be caricatures. While I get that there are a few characters thrown into the mix precisely for the drama, I honestly can’t see a man that Ali can find love with bar maybe two (Todd, we’re looking at you. And maybe Taite). And even then, they’ve only recently emerged.

But Ivan? He may have been upset that he didn’t get chosen but honey, it’s clear you’re not ready to settle down until you fulfil your dream of getting on Step Up. And Paddy? Although your random interjections of “FIT” were kind of amusing, there was never anything there.

Sure, their ridiculousness (ahem, avocados anyone?) is good for entertainment but real love? Nah. They might say they want to get married and kids… but you know in five years once their dance career kicks off.

And those early frontrunners Charlie and Bill/David? Well, how quickly the tide has turned and with good reason. They both think there’s a deep connection there but it’s becoming apparent it’s more to do with the pissing contest between the two.

Honestly, how did these men get chosen for Ali? Because it’s not like Ali isn’t trying. She’s throwing herself wholeheartedly into this experience. She’s opening herself up to these guys – sharing her vulnerabilities, past mistakes, and being very clear about what she wants in her future: marriage and kids. She’s here to find the one and she ain’t messing around.

It’s a welcome change from the Honey Badger, who as delightfully amusing as he was, didn’t open himself up emotionally to the Bachie experience or to be honest, any of the girls. It was all surface level connection because, as it’s now abundantly apparent, he wasn’t ready to find love.

But Ali is. And yes, she’s kissing a lot of the men. Almost all of them. But that’s how she’s finding out who’s right for her. She wants to feel if the spark is there. She’s finally in the driver’s seat of this franchise and she can finally kiss whomever she damn well wants to.

I hear Robert in the background shouting: “BUT HAS SHE DONE THE WORK?”

It’s true Ali herself has said she always falls for the ‘wrong guy’ (ahem, Grant) but that doesn’t mean she now has to be jaded and cynical about every man she meets.

Maybe it seems like she’s falling for every guy after every date, but I think she’s just open to every contestant being the one and giving it a red-hot go so she can say without regrets, they weren’t the one.

So Ali isn’t like any of the past Bachelorettes. No, she’s the overly enthusiastic romantic at heart, the Bachelorette who wears her heart on her sleeve, the one who knows she falls a bit too quickly in love, but isn’t going to change who she is.

It’s not Ali’s fault she hasn’t made a connection yet. She’s trying her hardest. And I, for one, sincerely hope she finds love.