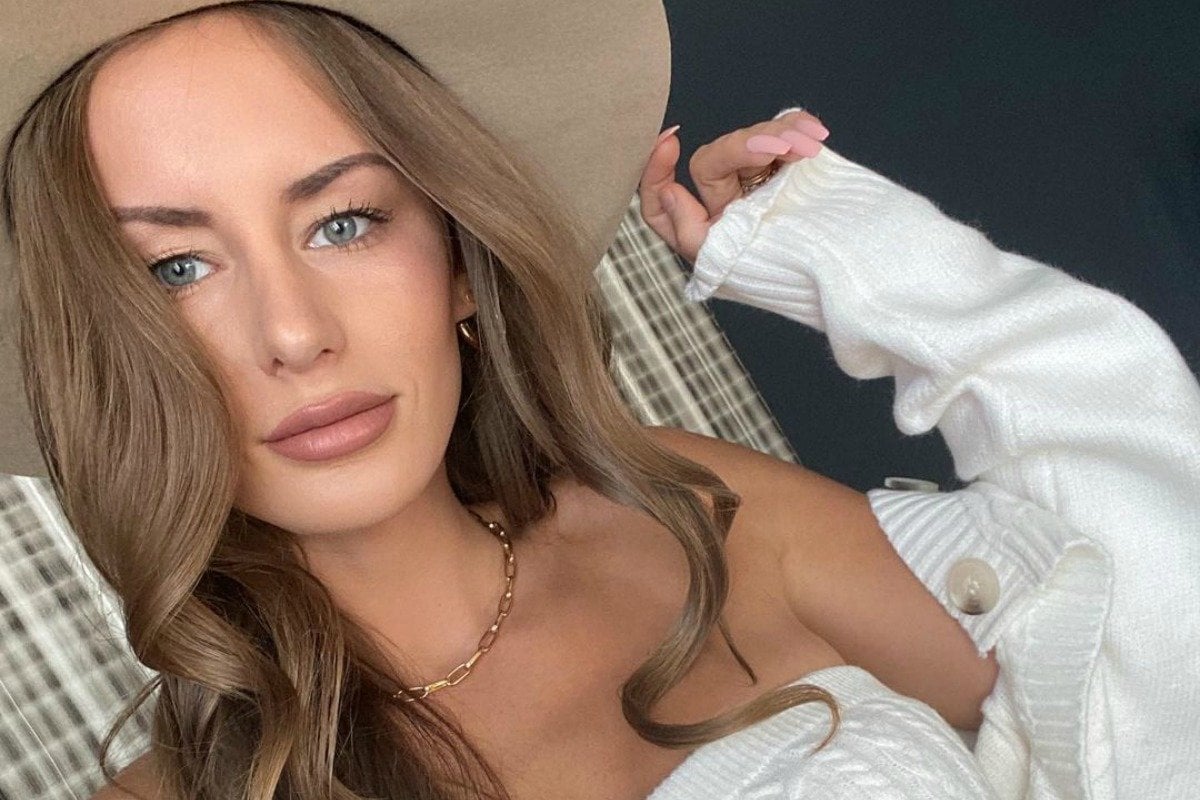 "Today I decided I’m moving to Tulum for the sinks and overall aesthetic. I’ve never been so obsessed with the vibe of a town in my life," she writes next to a selfie from a beautiful Instagram-worthy bathroom.

⁣But it's the last post on the 26-year-old's colourful feed, which is full of glamourous pictures of the Instagram influencer, who hasn't gone more than a few days without posting on her page in years.

Now, the picture diary of the American's life is just that. A memorialised, almost-daily update from a young woman's travels through Texas, the Caribbean, Colorado, and the Bahamas. A picture book of her love story with husband Tom Sharkey, a peek into her favourite products and routines and clothes, and an insight into the friends and hobbies she surrounded herself with.

As a stranger looking in, you feel like you know her. Or knew her. All thanks to the accessibility of the industry she has built a career in.

After exchanging text messages with friends and family on Friday November 27, the day after Thanksgiving, Alexis' phone went quiet from about 6pm. She'd reportedly left her apartment on foot after an argument. We don't know who with.

Unbeknownst to them, a body had been found on the side of the road in Houston at 8.30am on Saturday morning, and a crime scene had been erected only kilometres from Alexis' and Tom's apartment.

The driver of a sanitation truck on his morning route had seen two feet sticking up in the grass and quickly called police. The woman found had been dead for hours, but according to investigators, her body showed no signs of injury or trauma.

It would take 24 hours to confirm her identity as Alexis. But police are still waiting for an autopsy to tell them how she died.

Her family say they don't need an autopsy to know that she was murdered.

"The way in which she was found - my child would never do that to herself," her mother Stacey Robinault, told KPRC-TV.

Her friends believe the same thing.

"I'm going to be honest, she confided in me about how worried she was for her safety when we went to Marfa, Texas, almost a month ago. We were sitting down at dinner and she lost it. We walked back to our hotel room and she confided in me that night in things. I looked at her [and thought]: 'She's petrified. This girl is scared for her life'," one of them told ABC13.

Petrified of who, however, she wouldn't disclose.

Theories have flooded the internet. Was it a jealous stalker? An obsessed fan? Or was it someone she knew? Her husband, Tom Sharkey, 49, has been inundated with death threats with fans accusing him of being involved.

Alexis had only moved to Houston from Texas in January to be with her husband who she married in 2019. She'd taken a year off pursuing medical school to see where her new found social media fame would take her.

But despite the romantic pictures shared online, her friends have told American media outlets her relationship was crumbling, and she had plans to separate.

"She was a very private person, she didn't share a lot about what was going on at home. Recently she opened up to us about it, and divorce was being filed," one of her friends told KHOU.

Tom denies any suggestions he had anything to do with her death referring to their marriage as happy and solid. But in a brief interview with ABC13 he admitted his wife was "stressed" and "wasn't happy".

"I would cuddle her to try to make her strong," he said. "She was an amazing woman. She really was. There’s always other sides to everything. I was the one holding her, cuddling her, and building her back up."

It was Tom who had to ID his wife on the Sunday after her death, a task he has described as "traumatising". She had laid there in the coroner's office unidentified overnight, after being found with no identifiers on her body.

After her death was confirmed, Tom shared his thoughts on the growing disdain towards him on Facebook, writing: "I just want to say this. While some of you were posting on social media helping us locate my world others were wasting time talking about other things. Basically crap talk. And if my wife would of seen this she would be disappointed in your actions. You all should be ashamed of yourselves. I have been assisting the deputies and making phone calls to find out what happened to my wife. Next time, stop and think. And realise, you don't know at all."

As Alexis' loved ones wait for answers from authorities, a GoFundMe has already raised more than $22,000 to go towards travel fees and funeral costs.

"She was a wife, daughter, sister, friend and loved by many," the memorial fund reads.

Thousands of her Instagram fans have written tributes on her final photo.

"You were an inspiration, even just through social media."

"You inspired thousands, now you are free."

"We never spoke, but you were always one of my biggest inspirations."

"You have no idea how much I admired your style."

Police are currently reviewing surveillance footage from her final movements, as they hunt for clues.

Homicide Detective Ricardo Rivera, who's been handling the case, said there wasn't any attempt to conceal her body based on how she'd been positioned.

There's also no evidence she had walked down the road where she'd been found, leading those investigating her case to believe she was dumped there either late Friday or in the early hours of Saturday.

Homicide detectives with @houstonpolice are watching surveillance video from security cameras in the area where the body of #AlexisSharkey was found. There’s a hair salon, high rise office tower and Omni Hotel in the area... and a big open plot of land. #khou11 pic.twitter.com/UGtn2C8yb4

Investigations are ongoing, and instead of planning their daughter's return home for Christmas after spending Thanksgiving apart, her family are planning her funeral.

"We are wrecked. We are completely wrecked,” her mother told KPRC. "The family is just so devastated. Her cousins, her sisters, her 13-year-old sister. It’s just so difficult."