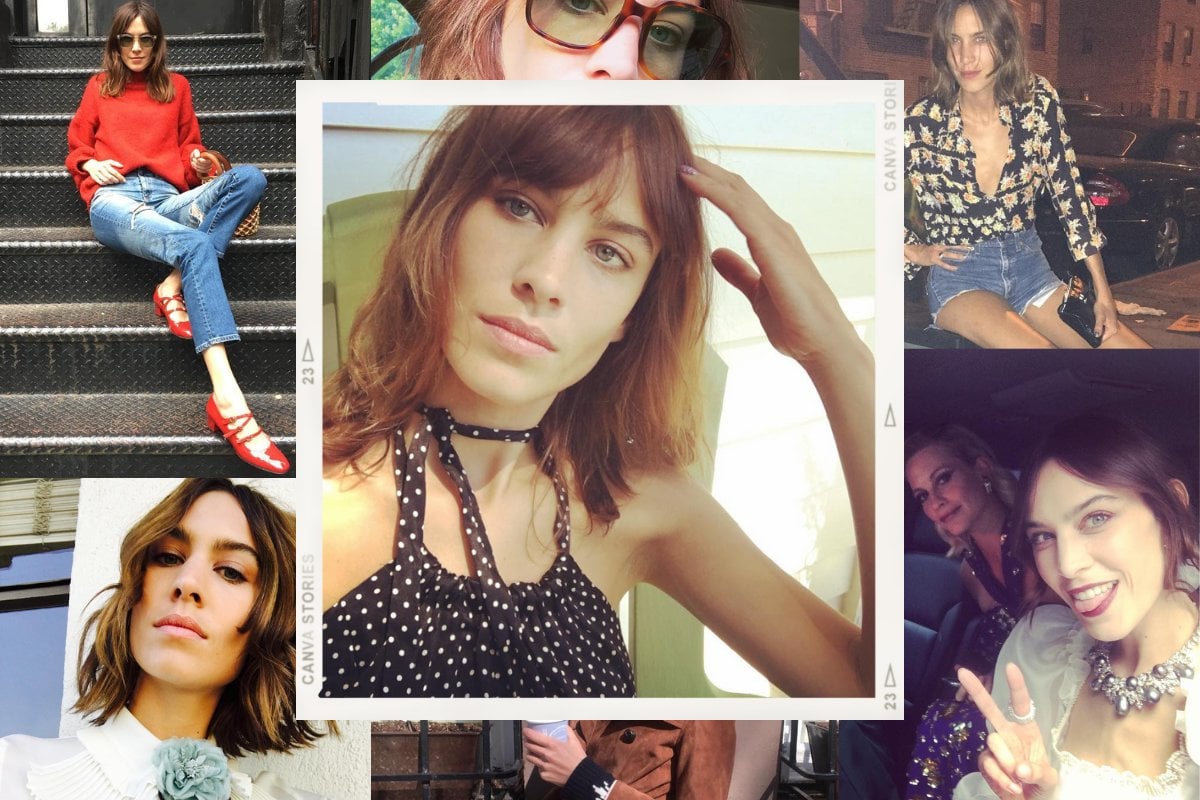 There was a time when Alexa Chung ruled the fashion world.

Before the Kendalls and Haileys of the Instagram era, it was Chung who filled Tumblr feeds and Pinterest boards, influencing a generation of teenagers and twenty-something's into buying blouses with Peter Pan collars, leather jackets and ballet flats.

She was a trendsetter who could never be pinpointed by one style - constantly bouncing between masculine and feminine, sexy and quirky, twee and indie.

"If I know something's expected of me, I won't wear it or do it," she told The Guardian. "It just seems boring."

Born to a Chinese father and English mother, Alexa Chung began her career at 16 as a fashion model after she was scouted at a UK music festival.

She appeared in teen magazines Elle Girl and CosmoGIRL! and worked with brands including Fanta, Urban Outfitters and Tampax.

Speaking to the Sydney Morning Herald in 2021, Chung admitted she found straight modelling "boring" and much preferred adverts where she could talk.

In 2006, Chung landed a role where she could do just that: appearing as the co-host on the iconic UK noughties show, Popworld. With her black tights, platform heels and messy fringe, the 22-year-old quickly shot to It Girl status.

While her style influence grew, so did public interest in her private life.

From 2007 to 2011, the Brit dated Arctic Monkeys frontman Alex Turner. Their relationship was both aspirational and tabloid fodder - she was "Alexa Chung" and he was the lead singer of one of the biggest bands in the world.

At the time, she became part of the famous Brit brat pack including Kate Moss, Pixie Geldof, Daisy Lowe and Poppy Delevingne - photographed everywhere they went, their every outfit documented online.

Countless blogs were devoted to "Alexa's" effortless style, and in 2010, Chung cemented her fashion influence - becoming a contributing editor at British Vogue. The same year, leather-goods brand Mulberry named a bag after her.

According to Business Of Fashion, the "Alexa" bag was primarily responsible for a 79 per cent increase in sales for the luxury brand the following year.

Beyond her style, Chung can attribute her fame to her quirky personality - while her clothes might seem unattainably cool, her personality comes across as a little dorky; something the fashion world found refreshing.

And although she was known as the It Girl of the mid-2000s, it's a label she prefers not to be associated with.

"There’s no autonomy in being an It Girl," she told the Sydney Morning Herald.

"At least, not in what that term used to mean, when it was like you’re a society girl. I was a television presenter – 'It Girl' was a huge insult. I have a job. I work really hard.

"People used to say, 'What does she even do?' because I did so many different things. But now, that’s a classic Millennial trait. No one goes on about it anymore."

And since she was everywhere, Chung admits people grew tired of her.

Over the next decade, Chung continued working in fashion. She became an ambassador and designed collections for various brands including Superga, Marks & Spencer and AG Jeans.

She also continued to present - moving to New York for seven years to host her own MTV show, It's On with Alexa Chung, which lasted two seasons.

In 2017, she started her eponymous fashion label, ALEXACHUNG. The brand features pieces that are classic Chung - printed midi dresses, Breton-stripe knitted jumpers and velvet loafers - and is stocked on luxury fashion websites Matches and Net-a-Porter.

But last week, Chung announced she's "winding down operations" at her label.

"The experience of setting up and being at the helm of my own company has been rewarding and frequently joyful, but the last couple of years have been challenging for small independent businesses and ours is no exception," she wrote in an Instagram post.

"The decision to close was not taken lightly, not least because I am so grateful for the passion and creativity the team at ALEXACHUNG brought with them every day and the faith everyone involved had in this endeavour.

"I am so proud of the company we became."

Funnily enough, while her label hasn't lasted through the pandemic, Chung herself has had a resurgence - with the return of the twee and the grunge aesthetic, and the "2014 Tumblr girl" on TikTok.

"Maybe I’m a sustainable celebrity. They’ll just keep recycling me every decade or so," Chung told Who What Wear.

These days, Chung lives in London and is in a relationship with Orson Fry, the frontman of the band Soundtown. If you miss seeing her in front of the camera lens, you can check out her hosting talents on Netflix's reality competition series Next in Fashion alongside Queer Eye's Tan France.

And for a more personal look at her life these days, you can find her on YouTube, writing, producing and starring in her own videos.