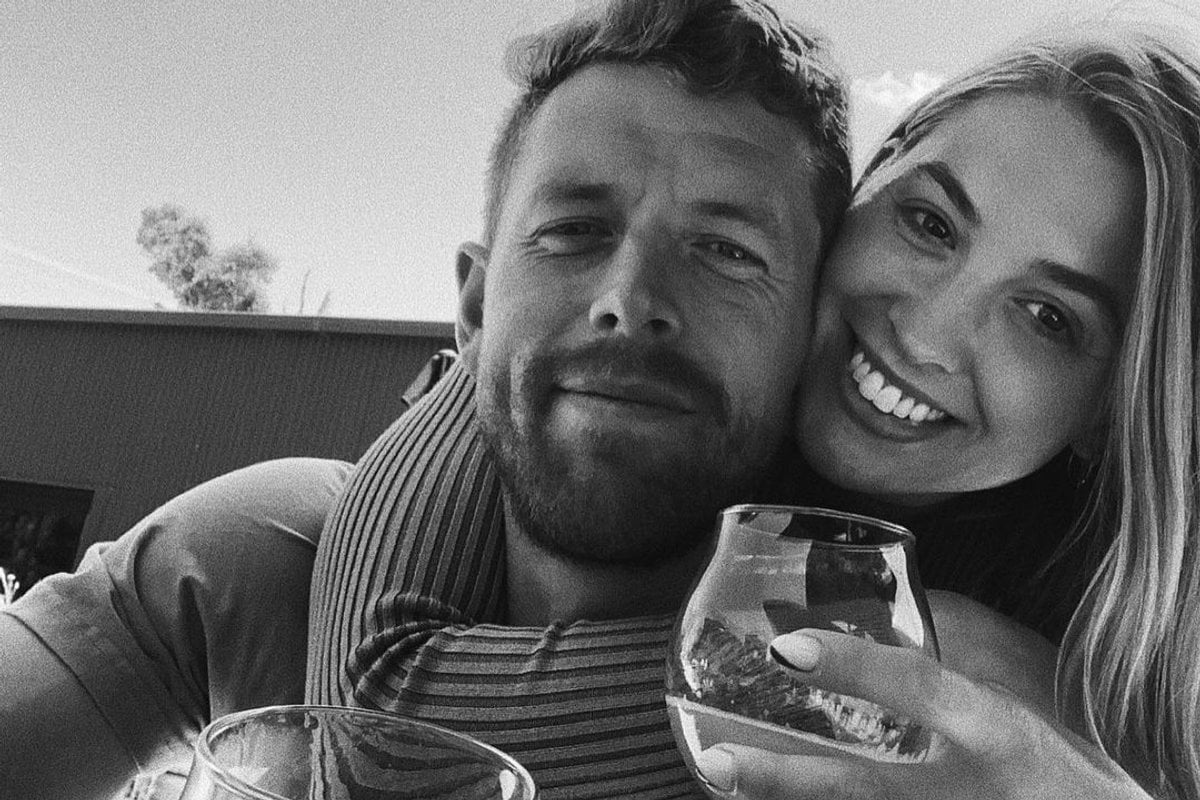 1. Alex Nation just debuted her new boyfriend (and their #vanlife) on Instagram.

Former Bachelor and Bachelor in Paradise star, Alex Nation has just debuted her new boyfriend, Carson Joy, on Instagram, and we are very happy to hear this news, thank you very much.

We first met Alex Nation in season 4 of The Bachelor where she won Richie Strahan's heart before the pair separated after one year, and since have seen her appear on the Bachelor in Paradise.

But this week, the 29-year-old shared her new boo in a series of black and white photos.

The pair were looking very loved up, with Nation captioning the pics "Nice to meet you Mr Jory."

We love this for them.

2. Apparently Bachelor in Paradise producers threatened Niranga with a bad edit if he gave his rose to Mary.

So, it turns out Mary Viturino and Connor Canning's perfect love story may have never happened if Niranga Amarasinghe listened to threats from Bachelor in Paradise producers to give Abbie Chatfield his rose over Mary, and this is some very important information.

In case you need a refresher - we get it, 2020 has been a long year - on this year's Bachelor in Paradise, Abbie Chatfield was eliminated early in the season when Niranga chose Mary Viturino over her, as they were friends and he didn't see Abbie as a potential girlfriend.

But this week on reality TV podcast, So Dramatic! Niranga revealed that this went against producer's advisement, claiming they threatened him with a 'villain's edit'.

“Right before the ceremony, I got dragged for the 4th or 5th time by producers saying: ‘We’re not going to give you much air time, or we’re going to give you a bad edit if you don’t pick Abbie,'” he told host, Megan.

“You have to do this. What is Australia going to think when they kick Australia’s sweetheart out?” producers allegedly told him.

On reflection, we're very glad he stuck with his gut and went for Mary, well because:

3. Zac Efron is supposedly back with his girlfriend. Cue the sound of a thousand hearts breaking.

We're sorry to tell you but it looks like Zac Efron is back with his Byron Bay girlfriend Vanessa Valladares. And yes, we are just as devastated as you are.

According to news.com.au, the pair were seen in South Australia last week, where Zac is currently filming his latest movie, Gold. And based on the photos that have emerged online, the two of them are looking quite happy over there.

The actor and model were rumoured to have broken up, after The Sun reported they went their separate ways in November after five months of dating.

"Zac has been renting a place by the beach in Byron Bay and by ­September Vanessa was living with him there... So once he decided to stay in Australia long term, he suggested they buy their first home. They’d started to look at a few places but, sadly, fate wasn’t on their side," an inside source supposedly told the publication.

It's not known if the couple did in fact break up or if they've been together this whole time. Either way, our teenage dream of being Mrs Zac Efron isn't looking too good.

4. Love Island’s Josh Packham seems to have moved on with Bachelor’s Bec Cvilikas.

A month after announcing his break up from Anna McEvoy, Love Island star Josh Packham has been seen out and about with The Bachelor’s Bec Cvilikas.

According to the Daily Mail, the pair were seen holding hands as they arrived at a Bachelor reunion party at Matteo Double Bay on Friday.

"Bec was so happy, and didn't seem to be bothered with who was watching them," an inside source supposedly told the publication.

But while the reality stars were photographed together, neither of them have confirmed they're actually dating. So at this stage, it's all just speculation.

The news comes after Josh and Anna announced they had broken up in November, after a year of dating.

"It is with great sadness that Josh and I are going our separate ways," Anna wrote on Instagram. "I know that so many of you are invested in our relationship but please know we did everything we could to make it work."

"It's extremely difficult to break up with someone who you still love but it is the right thing to do."

5. The Married At First Sight All-Star special won't air until next year. But the drama's already begun.

It turns out we're getting an all-star MAFS two-part special in 2021, which is something no one needed or wanted. But now we know it's happening... we're not mad.

Especially because the drama surrounding the show and its returning cast has already started.

Are we surprised? Absolutely not.

Side note: Listen to Mamamia's daily entertainment podcast, The Spill. Post continues below.

According to The Wash, Channel Nine have commissioned the special to air before the new season kicks off in late January.

Plus, to remind us that the show has actually had *checks notes*... FOUR success stories, some of the remaining couples will join in to show the rest of the cast exactly what MAFS' 6.66 per cent success rate looks like.

The fact that people continue to sign up for this show is just... mind-blowing.

The (unconfirmed) reunion is expected to include:

But so far, some of the biggest drama has been from those not included.

To hear about it all, read about it here.