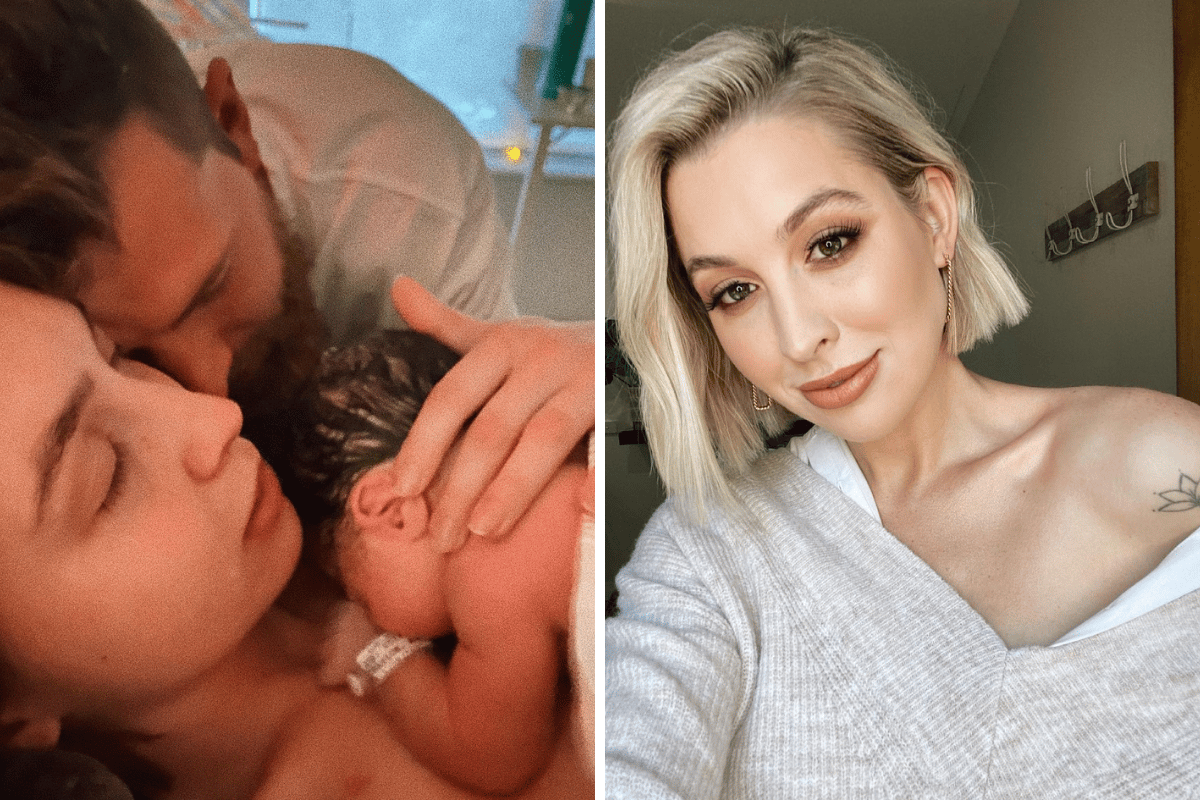 Alex Nation first walked into our lives via an Osher-endorsed episode of The Bachelor back in 2016.

It was here we watched her fall for and win the heart of Richie Strahan, before things fell apart after the show and the couple split. But then she was back on our TVs once again during Bachelor in Paradise, where she had romances with both Bill Goldsmith and the soon-to-be-Bachelorette, Brooke Blurton.

But it seems her 'happily ever after' was never destined to be found on a reality show, but instead with her current partner, Carson Jory.

The couple announced that they were expecting their first child together nine short months ago, opting for a black and white shot of Alex's baby bump to share the news.

This is Alex's second child, as the Bachelor contestant welcomed her first child following a "one night stand" when she was 19 years old.

"So Elijah was a one night stand baby," Alex said during an episode of Mamamia's Me After You podcast with Laura Byrne.

....You can listen to that exact episode right here. Post continues after podcast.

"He was actually my boss at work. We had an office fling and it was just one night [after a work party]. One night of flirting, passion and excitement. Six weeks later, I found out I was pregnant.

"We weren't dating or anything. So we had to get to know each other and learn to love each other over the course of the next nine months for Elijah. It was a completely different ball game. The biggest whoopsie, but the best whoopsie."

Alex documents her beautiful relationship with her son, who is now 10 years old, on Instagram.

But now Eijah is officially a big brother as Alex and Carson welcomed the newest addition to the family on Friday August 20, 2021.

Sharing an intimate shot from the delivery room, Alex announced that their baby boy had arrived via an "intense entrance" which we're sure she'll share more about later.

But for now, all we know is that 'Maxwell Keegan Jory' is here.

Congratulations to the happy family!