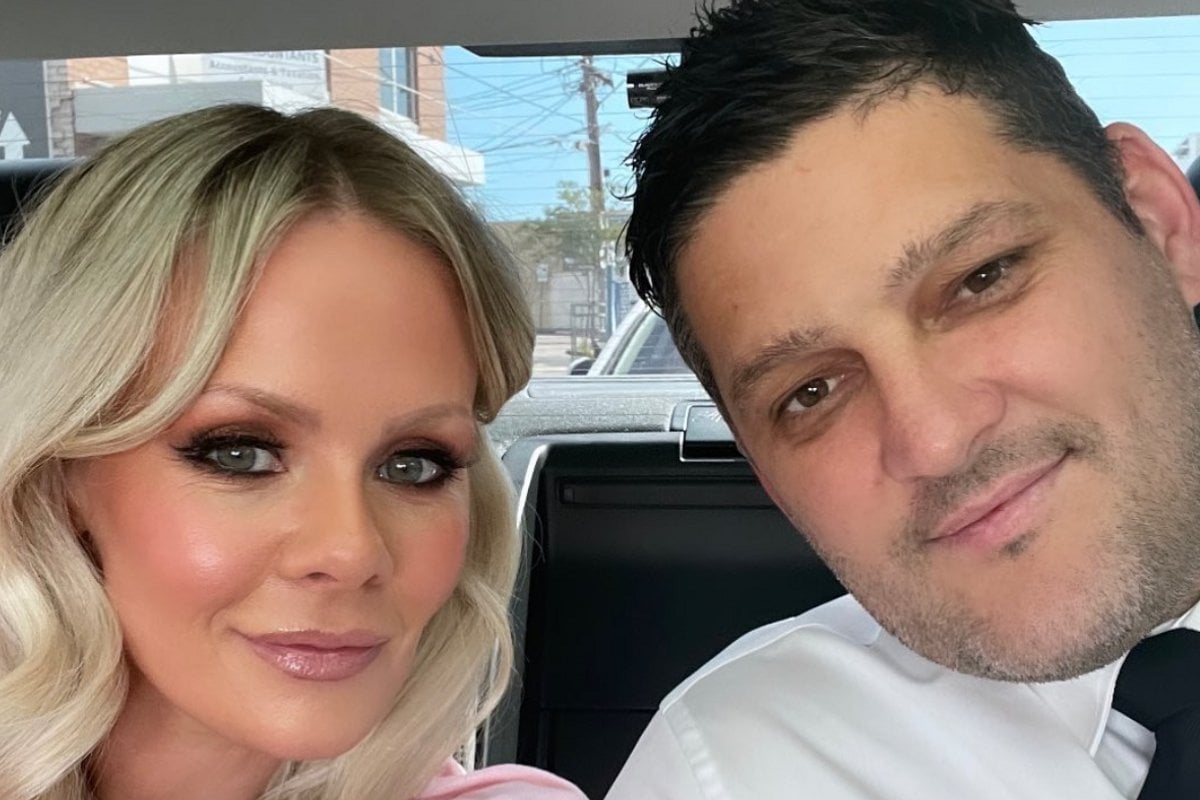 Only a year after they married, Alex and Brendan Fevola's relationship fell apart.

It was 2006, and AFL star Brendan, then 26, had been caught having an affair with then 19-year-old model Lara Bingle (now Worthington).

It was a scandal that the public ate up. Headline after headline filled newspapers, magazines, and websites.

Dealing with infidelity in private is hard enough. When all of Australia not only knows but is seemingly laughing about it - that's infinitely more difficult.

"I think that was probably the hardest part of all of it. It was as though we were just a joke," Alex tells No Filter host Mia Freedman about that time. "It was so heartbreaking to me and my family, my children. And yet everybody in the media were making jokes and just making fun of us in general."

Listen to Mia Freedman and Alex Fevola in No Filter. Story continues below.

Even though she understood Brendan's public profile meant there was a lot of interest in their relationship, Alex was distressed at how much pleasure other people seemed to gain from her personal pain.

"People have that argument that if you're in the public, then you've got to cop everything that goes with it, but I just felt that it was so insensitive," she says. "Some of the people that did that to me and made fun of me were women with children and families. And I just thought, how can you? How can you think this is funny?"

She believes that the lack of sympathy was due to the stigma around being a footballer's wife. "It goes back to being a WAG. It was, 'well, you're married to a footballer, what do you expect?' That was the underlying message I was receiving. So there was little to no sympathy because what did I expect," Alex says.

"Do I agree with it? No. But I think the other misconception is that people just constantly assumed that you couldn't possibly actually love that footballer. It was like, 'you're only with him because he plays football. You're with him for the money, you're with him for the lifestyle'. And I just thought, 'OK well, first of all, when we were first together, I was supporting him."

When the pair first met, Brendan was a young, unknown player. Having lost her partner Lonny tragically to suicide, Alex was a single mother to daughter Mia and working as a make-up artist and photographer. Brendan and Mia got along fantastically, which is one of the reasons Alex fell in love with him.

"I legitimately fell head over heels in love with this man. The fact that he played football was something that didn't come into the picture until further down the track," she explains. "I didn't realise he was going to end up with such a big profile and that we would be, you know, known in Victoria more so [than anywhere else in Australia].

"That's probably what it boils down to. People's idea of the relationship was probably that it wasn't authentic. I think that's why people were able to make fun of it."

In her recently released memoir Silver Linings, Alex reveals that she confronted the "young blonde model" (she never refers to her by name in the book) about the affair.

"To be clear, the fault [of the affair] lay 100 per cent with Brendan. He was the one who was married and in the relationship," Alex tells Freedman. "That whole period for me, I was running on adrenaline. I'd come out of such a terribly dark period of my life and felt as though I'd finally found happiness. And it was strange, because I knew deep down, I just knew it was too good to be true. And it ended up it was.

"It went down a path that was really very traumatic for me at the time. But I think that what I went through as a young woman really set me up and held me in good stead to be able to deal with things a lot better.

"Every time I would feel down or sorry for myself, I was just thinking in my mind, 'nothing's as bad as where I've come from'. So as long as everybody's healthy, I can get over this and move on. That's sort of how I dealt with it."

The months following the revelation of the affair was a rocky one for Alex and Brendan. They separated for a time before getting back together.

"It wasn't like we got back together and everything was fabulous. It wasn't. We had a lot of ups and downs. We ended up separated again. And then we ended up getting back together properly, months later," she says. "It certainly wasn't a quick and easy fix. We didn't do any counselling. It was just something that we worked through. Time was the big factor in the healing process."

Alex initially felt foolish, judged and ashamed for staying with Brendan. "I'd always seen myself as a very strong feminist-type woman, even back then, and I felt ashamed. I felt like everybody was just rolling their eyes, thinking that I was an idiot... It was embarrassing."

Despite feeling the weight of other people's judgement, Alex continued to stand by Brendan. The couple share three daughters together: Leni, 15, Lulu, 11, and Tobi, three, as well as Mia, 22, from Alex's previous relationship.

"I [stayed with him] mainly for our children. Regardless of any issues we had when we were younger, he had always been an incredible dad," she says. "I just felt like I was robbing them. And I was robbing him by my personal hang-ups, my resentment, the feelings that I felt I couldn't get over. I felt an obligation for the family unit.

"In hindsight, I probably should have taken more time then. Because we went on to have a bit of a rocky relationship for a while. And it was that resentment, that unresolved anger that was still gnawing away at me.

"I certainly didn't blame myself for any of it happening, but I blamed myself for maybe being foolish and getting back together with him."

The couple divorced in 2014, but rekindled their romance not long after. They've been together ever since and are happily raising their children together.

Silver Linings by Alex Fevola is out now.

If you'd like to listen to more No Filter, go to mamamia.com.au/podcasts/no-filter.