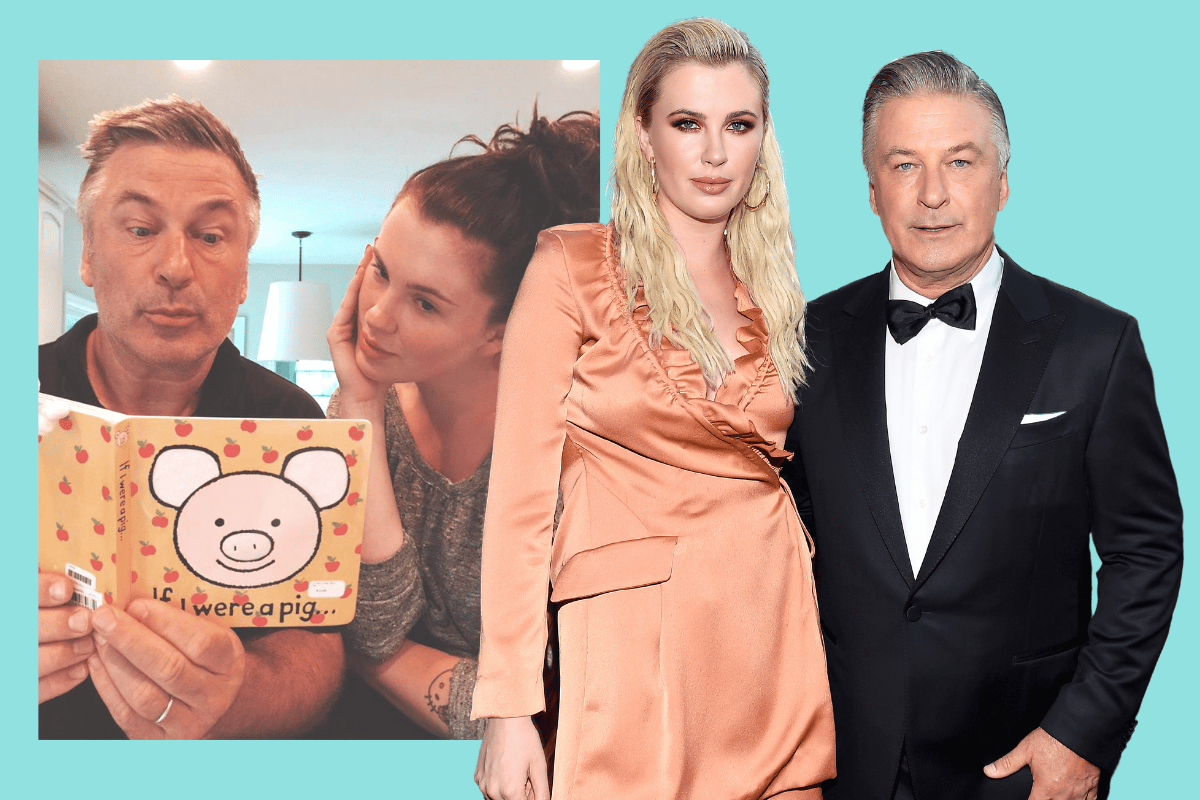 Alec Baldwin has had the world watching his every move for decades now.

Most recently he's prompted headlines due to the Rust film incident, his ever-growing family, plus his relationship with wife Hilaria Baldwin.

But back in 2007, Baldwin said something that shocked the world. And it was about his daughter, Ireland Baldwin.

Although the father and daughter duo are now on better terms, their relationship has been rocky to say the least, with Ireland speaking out about the challenges her family faced when Baldwin divorced her mother, actor Kim Basinger.

From the viral voicemail, custody issues and recent revelations via Red Table Talk, here's what Ireland Baldwin has had to say about her famous father.

In 1990, Baldwin and Basinger met on the set of the movie The Marrying Man, where the co-stars played lovers. The same went in real life, and three years later the pair were married.

In 1995, they welcomed daughter, Ireland.

Baldwin told Vanity Fair at the time that he loved Basinger because "she's so odd", calling her "an absolutely maddeningly peculiar, exotic, lovely person".

In the same profile interview, Basinger alluded to the fact her and Baldwin weren't seeing eye-to-eye.

"Alec is someone who longs for normality. But I'm a gypsy at heart," she said. "I'd take off in a minute and go live in France for a year. I'd go live in Africa. But Alec is obstinate. He's got his mind set on living this life out on Long Island. He wants what he perceives as a fairy tale. But it's a two-and-a-half-hour drive to New York City to have a meeting, and that's the reality. I love the fairy-tale magic of it all, but..."

And it appears that bickering was a commonality in their relationship, Basinger saying with a laugh in 2000 - "He'll look at me and say, 'I hate you, you know'. I'll say, 'I hate you back'."

In 2001, Basinger filed for divorce from Baldwin.

In a subsequent interview with PEOPLE, Basinger's father Don said he knew his daughter had been thinking for a "year and a half" about leaving Baldwin.

"I love Alec. He's the most kind and generous man I've ever known in my life, and he's overcome some very difficult things," Don said.

"All but one - his anger. Alec has this kind of anger where he reaches down for something that hurts, something that may have happened a year or two ago. But it's when it started happening in front of Ireland that Kim finally said, 'Well, I'm not going to put up with that'."

What followed was an extremely complicated and nasty custody battle over Ireland. 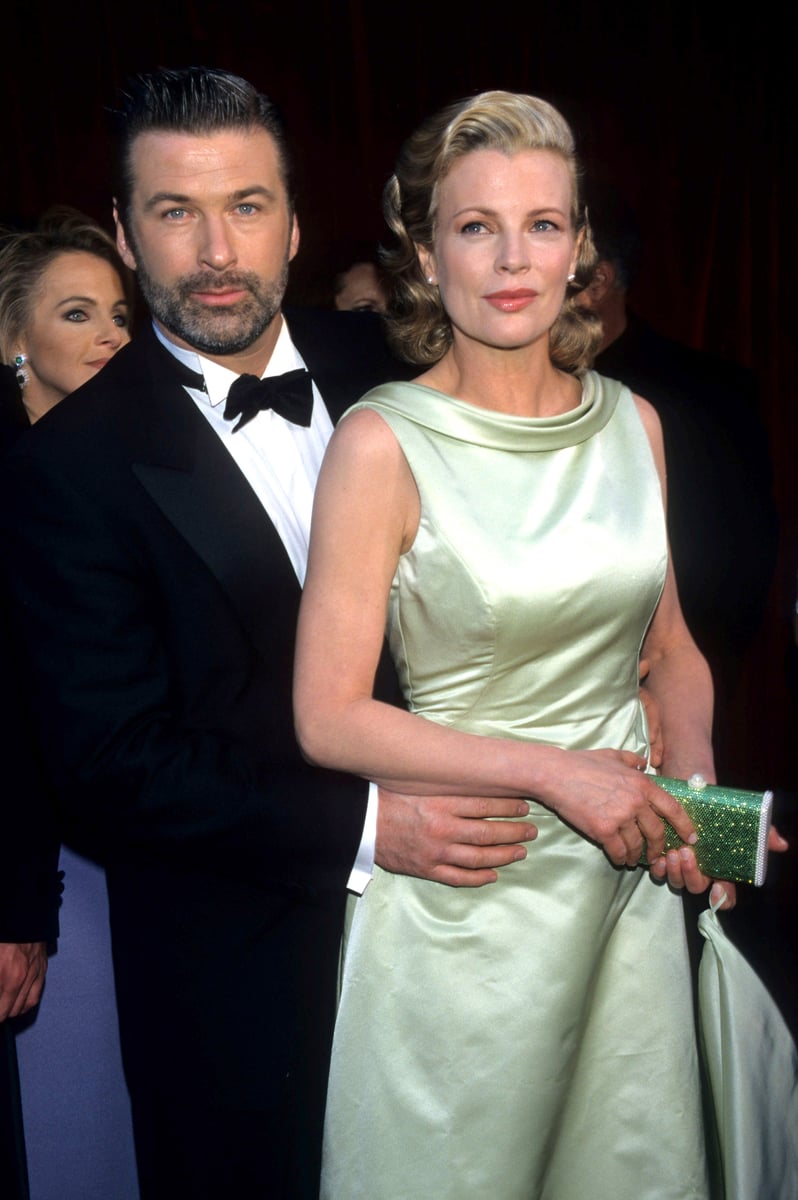 The divorce was nasty to say the least.

Baldwin said in the press that he regretted not getting a prenup, saying, ''My ex-wife was someone I could never imagine getting divorced from. My advisers all told me to get a prenup. I thought it was forever. We were very naïve.''

In another interview, Baldwin was asked to say a movie title that reflected his romantic life. He chose the film Psycho.

"We went through a heavy-duty, very out loud when you're in the public, divorce," Basinger said this week on Red Table Talk alongside her daughter.

"And [Ireland] had to go through that very rough time. Alec's a funny one. We're all fine and we all get along [now in the present context], but he's a challenge.

"I mean, come on. We've had our challenges. And I don't think Alec was emotionally or mentally available for that kind of talk. Alec, you know, operates in a very different way in his life."

In his book, A Promise to Ourselves: A Journey Through Fatherhood and Divorce, Baldwin said it was difficult to stay in his daughter's life during the custody woes.

Baldwin said that after years of litigation and approximately three million in legal costs, the exes reached an agreement that afforded them joint custody. But throughout it all, Baldwin alleged that Basinger refused to discuss parenting, attempted to block his visitation rights, wouldn't provide Ireland with telephone access to call her father, and didn't drop her off during scheduled switches, labelling the experience "parental alienation syndrome".

Simply put, things weren't good. And Ireland was the most affected by the whole situation. At the time of the split, Ireland was seven.

"Divorce is hard on a kid, no matter how you cut it," Basinger said to The Edit. "And ours was very public and nasty."

The voicemail that changed everything.

Baldwin faced scandal and warranted criticism when a voicemail he had left for his then-11-year-old daughter Ireland was leaked to TMZ. Baldwin's team accused Basinger's camp of leaking the voicemail, a claim that was vehemently denied by the latter.

"Once again, I have made an a** of myself trying to get to a phone. You have insulted me for the last time," he screamed in the voicemail.

"I don't give a damn that you're 12 years old or 11 years old or a child, or that your mother is a thoughtless pain in the a** who doesn't care about what you do. You've made me feel like s**t and [you need to] straighten your a** out. I'll let you know how I really feel about what a thoughtless little pig you are. You are a rude, little pig, okay?

"This crap you pull on me with this goddamn phone situation that you would never dream of doing to your mother and you do it to me constantly over and over again."

Before hanging up, Baldwin said - "You better be ready Friday the 20th to meet with me."

A family law judge was so alarmed after hearing the tape, she temporarily barred Baldwin from having any contact with Ireland.

When the voicemail was leaked, Baldwin said in a statement: "Obviously, calling your child a pig or anything else is improper and inappropriate, and I apologise to my daughter for that."

On Good Morning America, Baldwin said his voicemail did have serious consequences for their relationship.

"It's thrown in your face every day. It's a scab that never heals cause it's being picked at all the time by other people. And my daughter, that's hurt her in a permanent way."

Referencing the incident, Ireland told Page Six in 2012 - "The only problem with that voicemail was that people made it out to be a way bigger deal than it was. He's said stuff like that before just because he's frustrated. For me it was like, 'okay whatever.' I called him back I was like, 'Sorry dad, I didn't have my phone.' That was it."

By 2019, the pair were poking fun at the incident as part of Baldwin's 2019 Comedy Central roast.

"It's good to be here," Ireland said in the comedy skit. "I almost didn't even know about it because I haven't checked my voicemails from my dad from the last 12 years or something?

"I'm here to roast this big old ham I call my father. Speaking of pigs, some of you may remember me as that 'thoughtless little pig' you read about.

"That was a decade ago, and my dad and I are in a much better place now. He would never say something like that. Because I'm 6-foot-2 and I would kick his a**."

Where the father and daughter stand today.

After finalising his divorce from Basinger and the custody case closed, Baldwin moved on with Hilaria Baldwin, whom he wed in June 2012. The duo share six children, with another one on the way - Carmen, Rafael, Leonardo, Romeo, Eduardo and Lucia.

"She is very kind, she’s a good person," Ireland has said about Hilaria. "And she's a caring person who's always respected my relationship with my dad."

And in reference to her dad's current challenges amid the Rust film incident and lawsuits against him, Ireland has defended him on Instagram.

"I get countless messages from people who are kind of alarmingly obsessed with my father and his family. I think a lot of people assume my take on this, well here it is for free - it's none of my business. I care about him."

She elaborated on Red Table Talk this week, saying it has been "heartbreaking" to see him struggling after the death of Rust cinematographer Halyna Hutchins.

"It's so heartbreaking. My dad is suffering tremendously and I love him and I can't imagine what he feels like and what's running through his head but the entire situation is just so devastating. I've been in full defence mode."

As for Baldwin, he says he and Ireland are in a good place now.

"[Ireland] is a beautiful, smart and compassionate and wonderful creature. I love her." 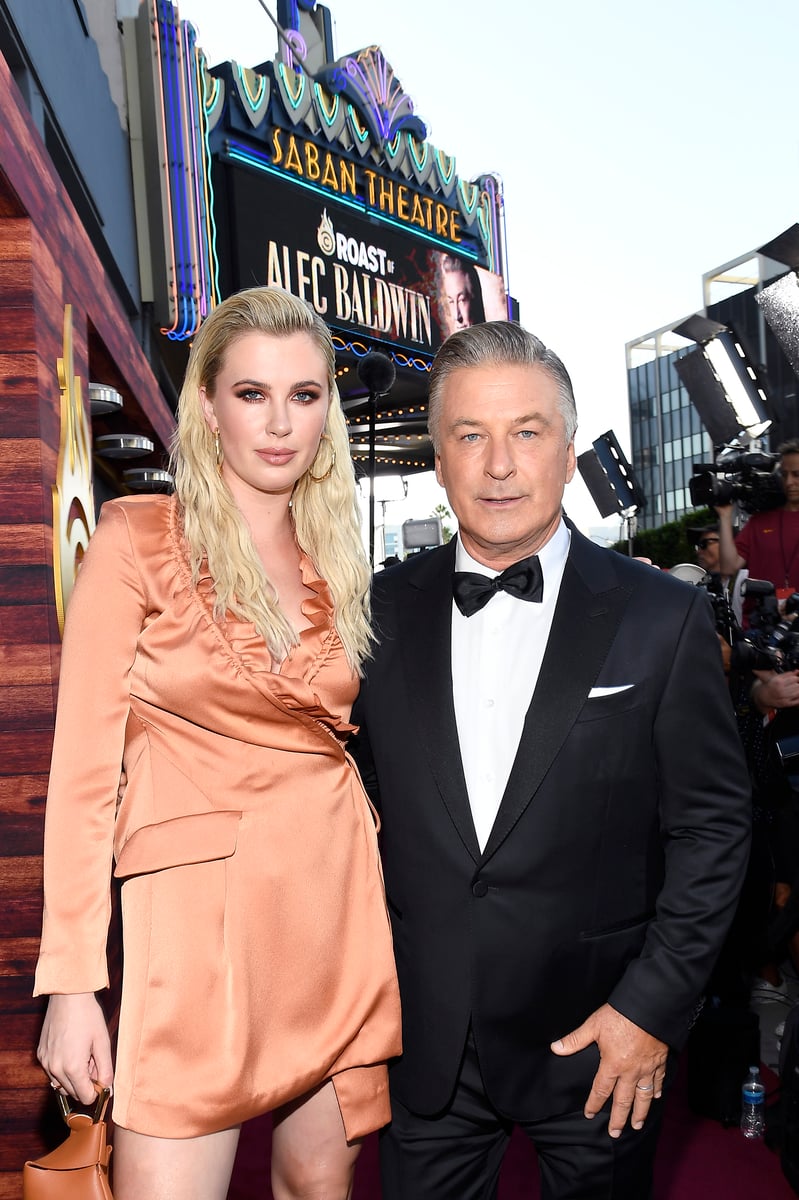